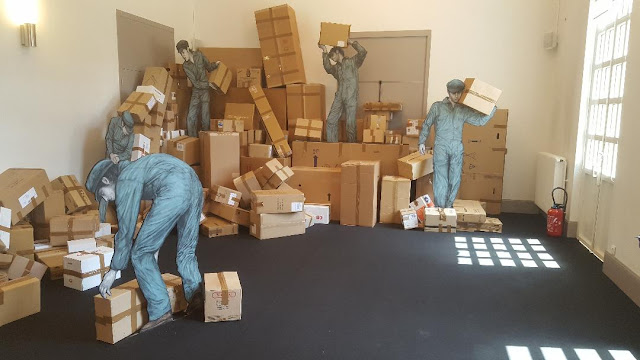 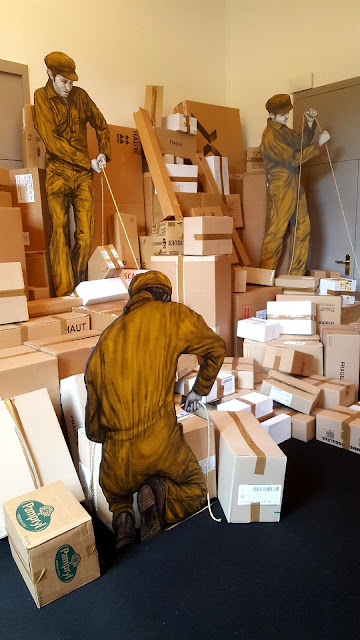 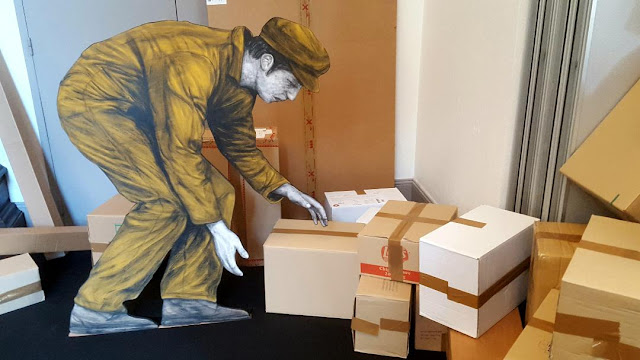 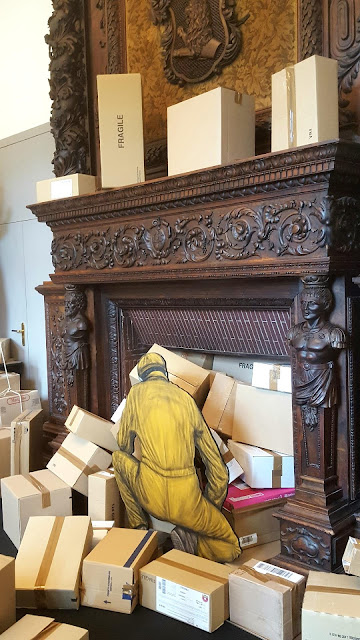 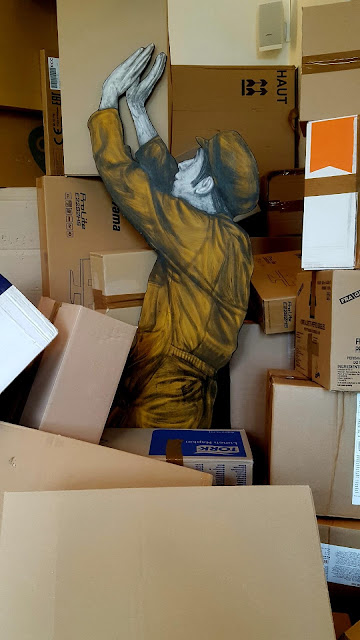 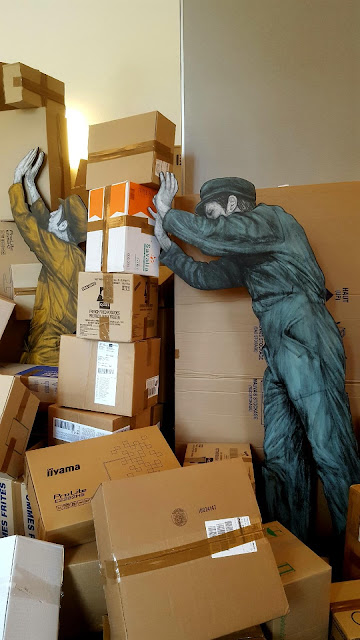 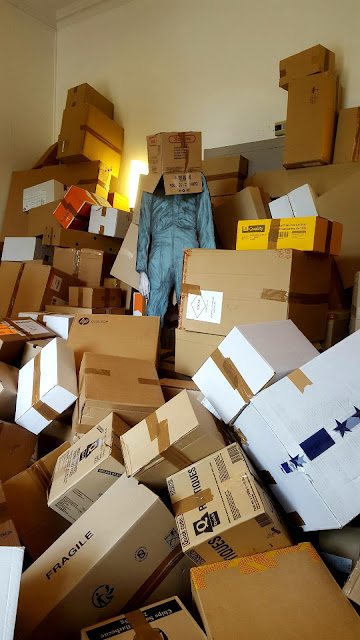 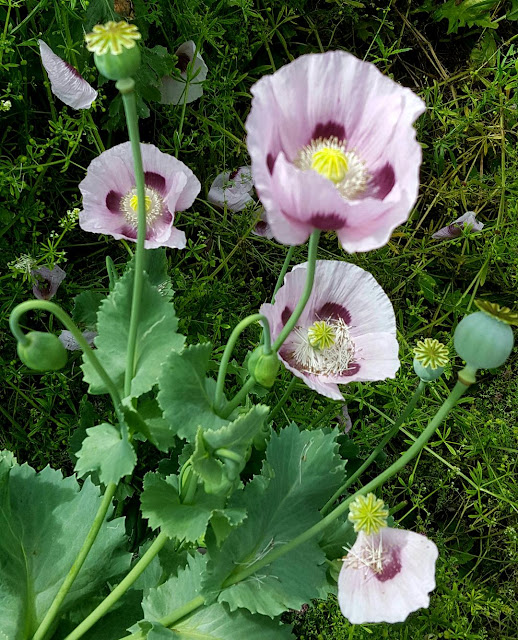 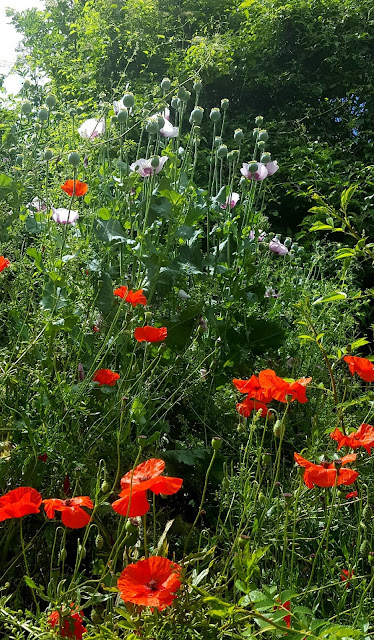 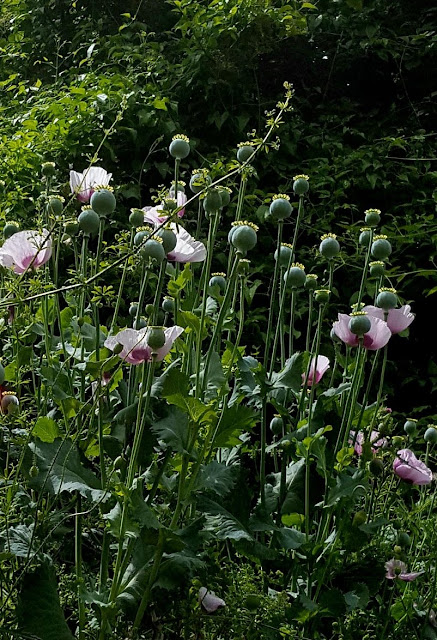 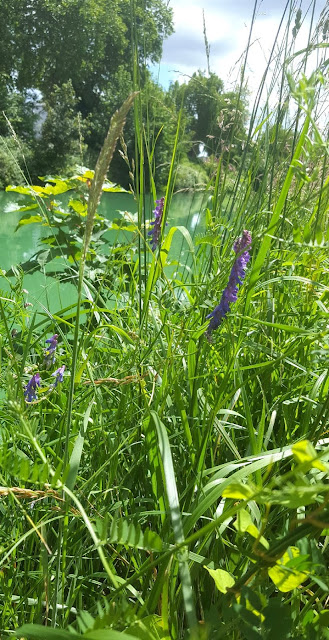 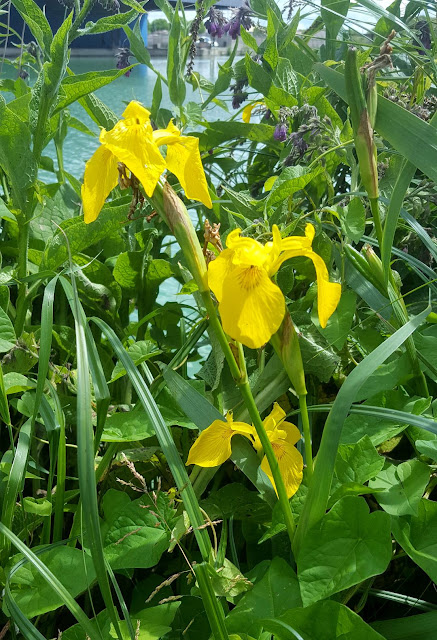 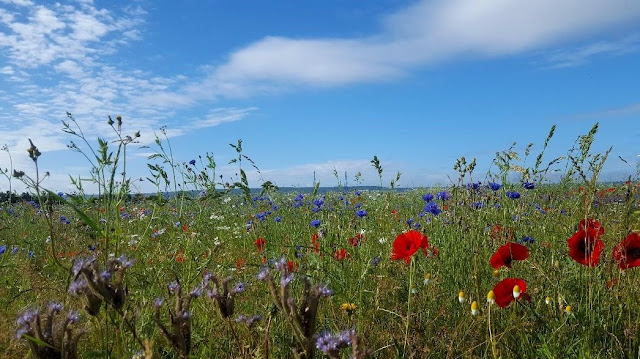 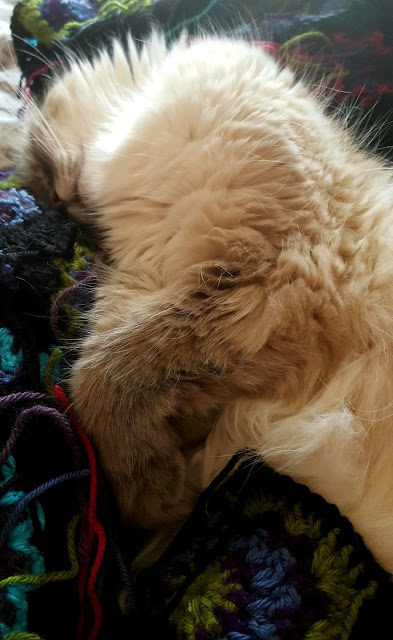 Someone has been helping me throughout my crochet sessions on the wall-hanging that kicked off last autumn. This has been a long process and yet someone has taken great pleasure in settling on the wool in its various states, over the many months. 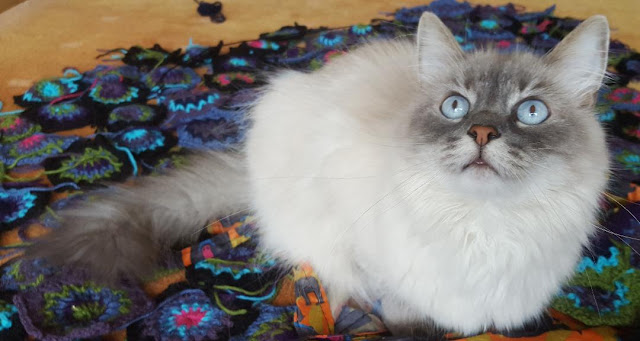 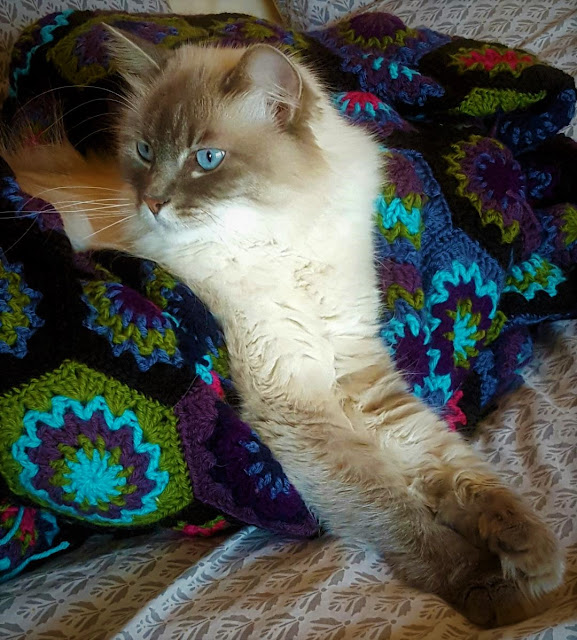 At other moments less so... 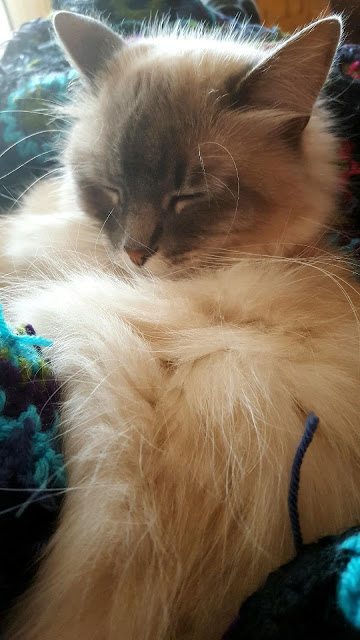 Quite hard work, it must be said...  It now just needs to be hung correctly, in its completed state. Here's hoping that neither of the cats try to escalate it once it is finally up!
Posted by Beach-Combing Magpie at Sunday, June 30, 2019 No comments: