December will be magic again! 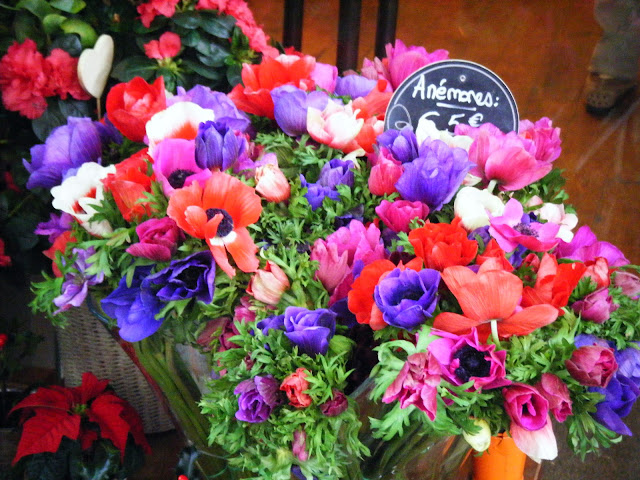 So, December will be magic again....Well, that's more a wish than a statement of fact...But before being snowed under by work, and possibly actual snow too, I am determined to make the most of this time of the year, since there are so many things to catch the eye and the appetite in order to savour the season. In fact, although we can now hear the robin singing early every morning there are still some vestiges of the past months...especially here in the Champagne region.
Of course there is also our local Sunday market with all the usual bright colours that seem even more so when the temperature drops and the skies get heavier...
These just seem to smell of December, along with the roasted chestnuts that are sold on the main place here...The Romanesco brocoli this morning even managed to look like mini futuristic fir trees from a certain angle!
Despite the cold, there is some activity in the garden, and I love the dew drops on the last spiders' webs - a little like silvery decorations on the Christmas tree, glistening as they catch the light.
So, on that note I am going to start to prepare for the arrival of our own Christmas tree... With a kitten this should prove interesting - quite a feat, in fact. The Christmas cakes were made weeks ago and we're off on our annual day trip to Canterbury to see the pantomime next Saturday. After all, it was perhaps no coincidence that my son was born on Christmas Day!
Here is the link to a track of Kate Bush that I always loved.....December Will Be Magic Again.... Well, what else! Even if my experiences of the season haven't always lived up to my expectations, this song never disappoints!
http://www.youtube.com/watch?v=UVd4PIL4jSk
Posted by Beach-Combing Magpie at Sunday, November 28, 2010 No comments:

Email ThisBlogThis!Share to TwitterShare to FacebookShare to Pinterest
Labels: Winter 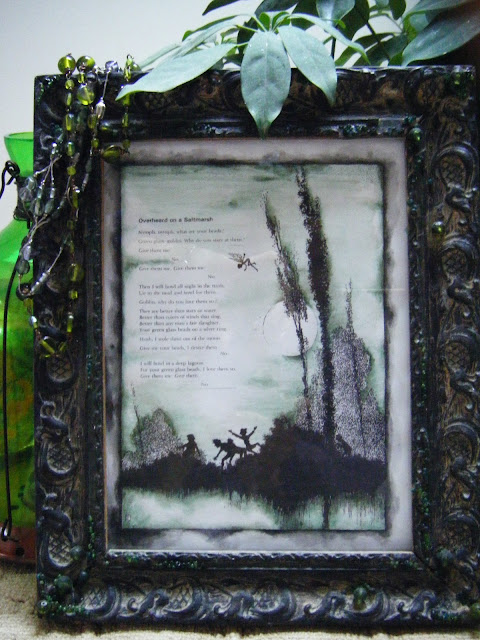 
Posted by Beach-Combing Magpie at Saturday, November 13, 2010 No comments: