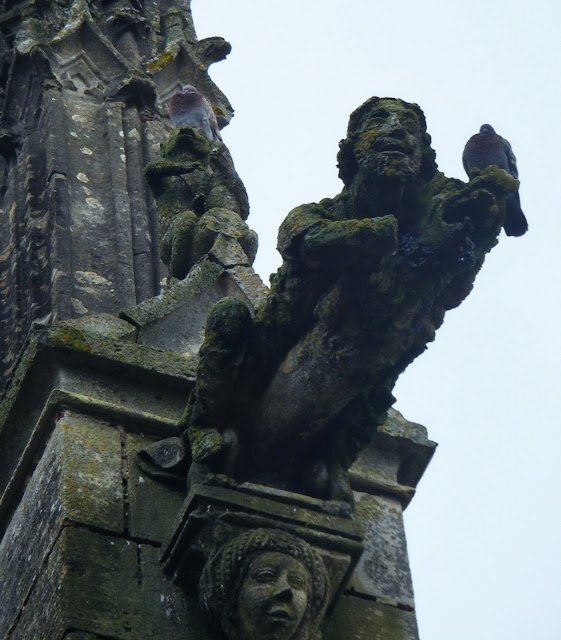 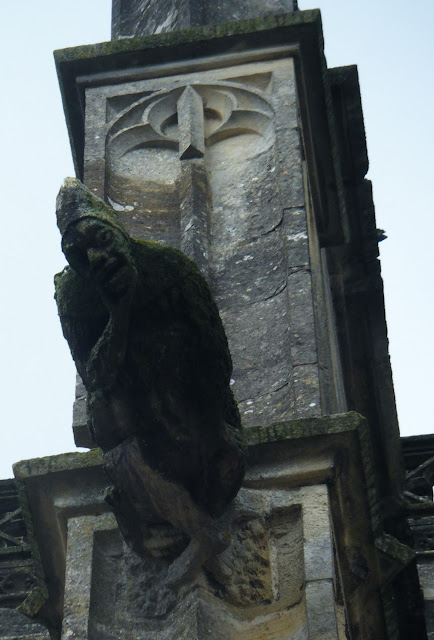 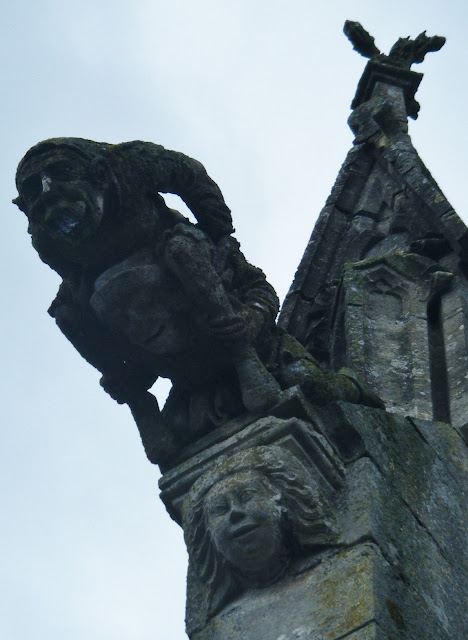 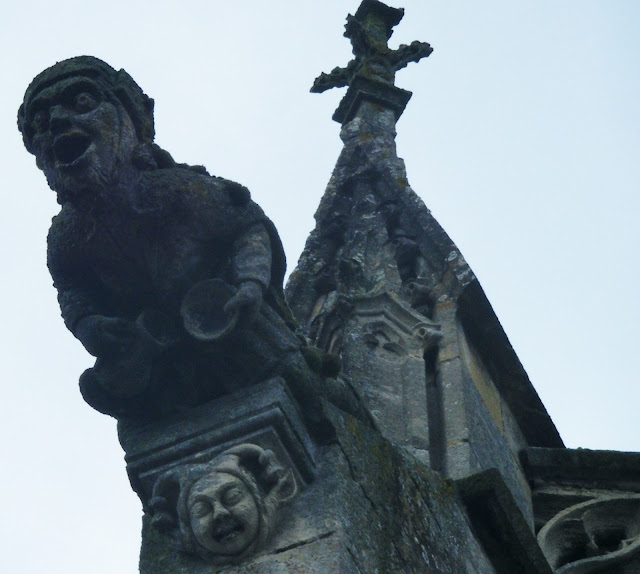 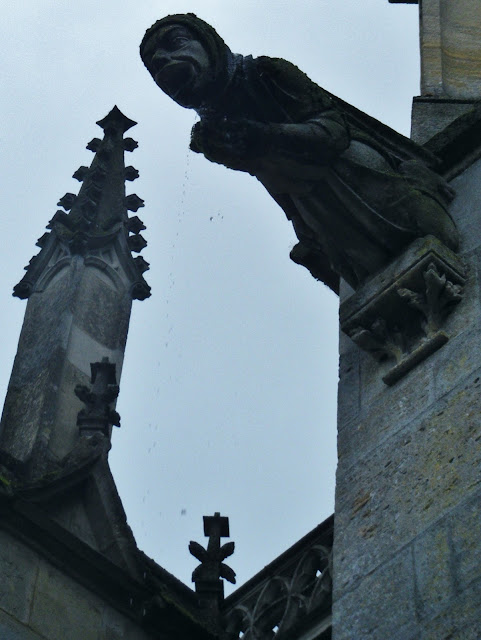 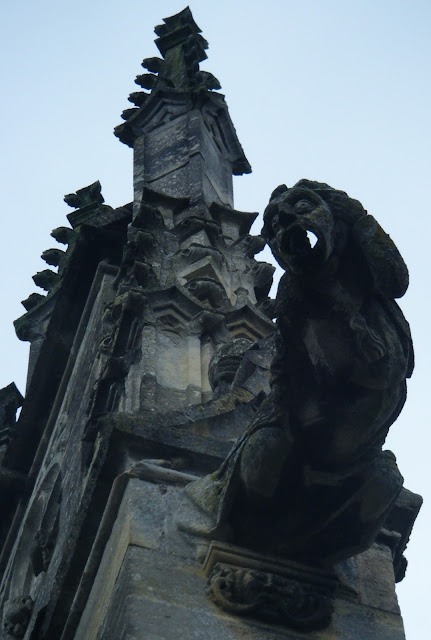 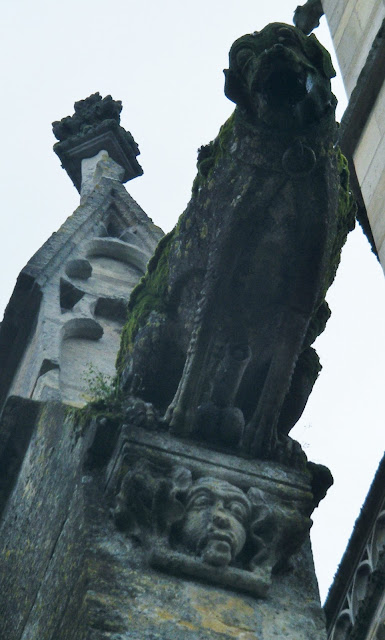 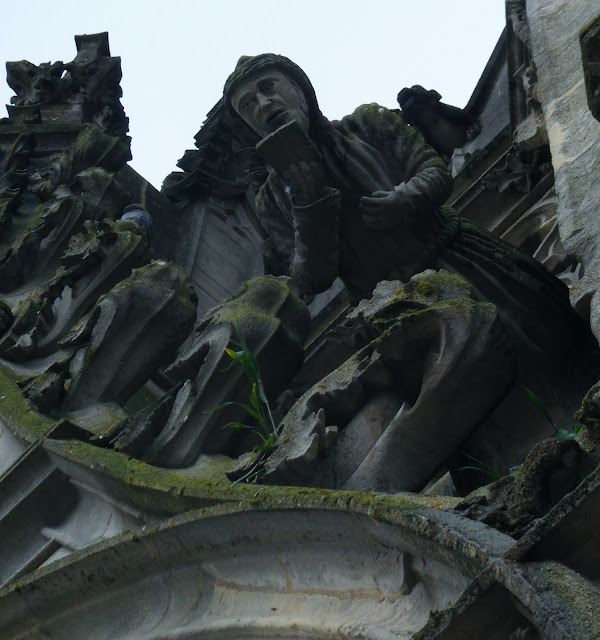 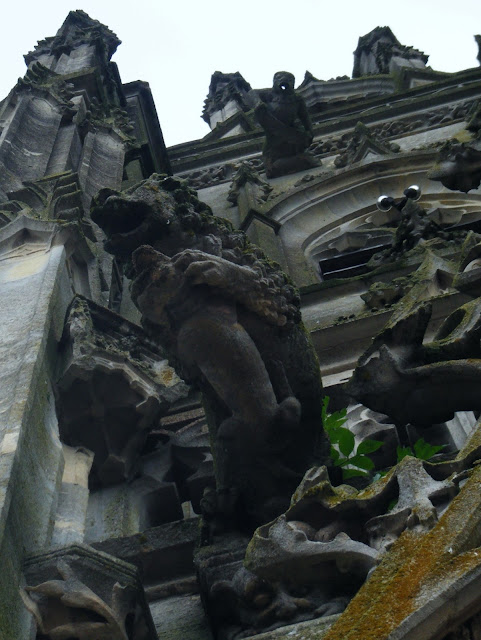 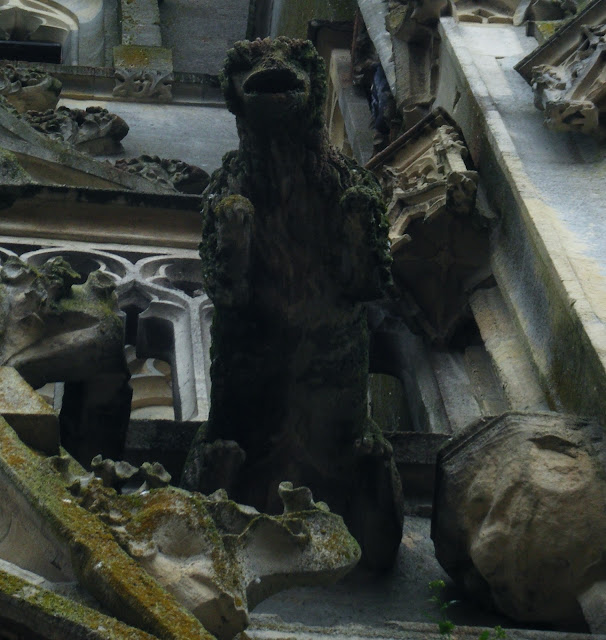 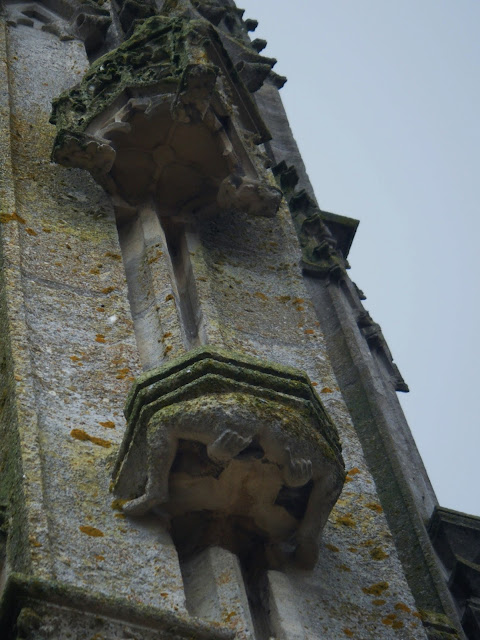 Purple and Green - And a Great Day for Ducks... 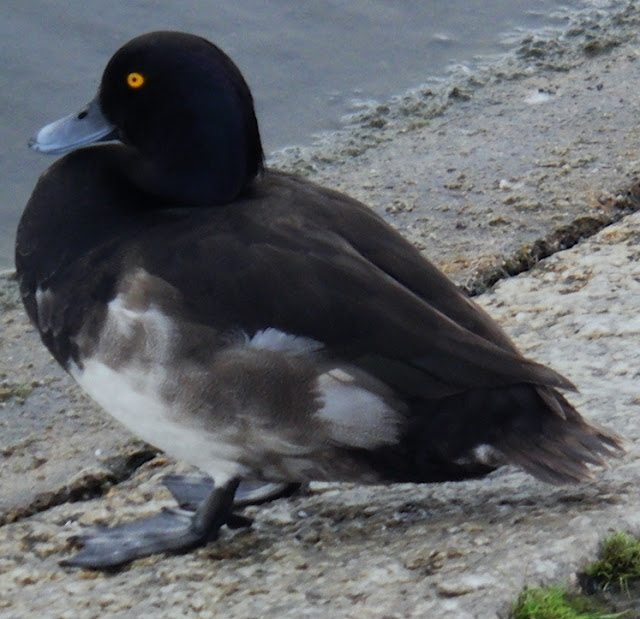 Well, it hasn't stopped raining for two days now... While everybody is looking sullen and sun-deprived, everything is looking soggy and everywhere is simply sodden, I try to say to myself what I always used to rattle off to the children when they were small: "It's a great day for ducks"... 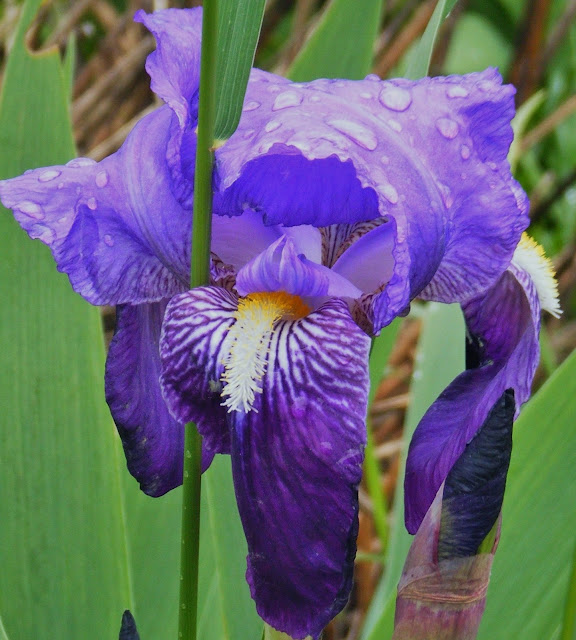 After all, everything is very green... But all the things that are normally airborne now look too wet to fly...
I am beginning to wonder if even our feathered friends can also have just too much of the wet stuff, and perhaps want to escape from it all like the rest of us...

The weather forecast for the next week isn't good, for man or beast alike! The last time I saw real sunshine was a few weeks ago, during a brief trip to England.
That should dispel any illusion that the conditions on the Continent are any better than those in Britain - and I'd say that this year the grass is literally very green on both sides of the Channel.

However I do also keep coming across the colour purple, or rather shades of lilac... mostly with raindrops... From the elegant irises, the majestic jacaranda trees, dense wisteria draping down walls and trellises and the unassuming lilac bushes....

Many of these smell beautiful, but only if you haven't got your nose, or beak, tucked away from the cold...
So, all in all, there are still many things to be found and admired, on condition that you have an umbrella and in my case at the moment, a good pair of wellies!

Even the larger birds seem to follow the more humble ones...

Belonging to resident birds or visiting ones...

The ruffled feathers of some of the birds look a little like petals themselves...

These all are spread out as the birds cluster together in strange formations...

The plumage looks so soft that I want to touch it. And the colours so subtle, like some of the foliage and flowers around at present.

And then of course you will get those brazen birds who just have no discretion whatsoever, come rain or shine, but just look at those feathers...

Posted by Beach-Combing Magpie at Monday, May 20, 2013 No comments: 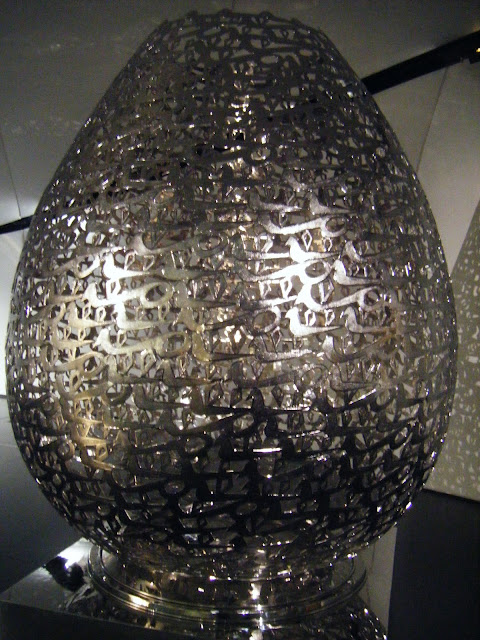 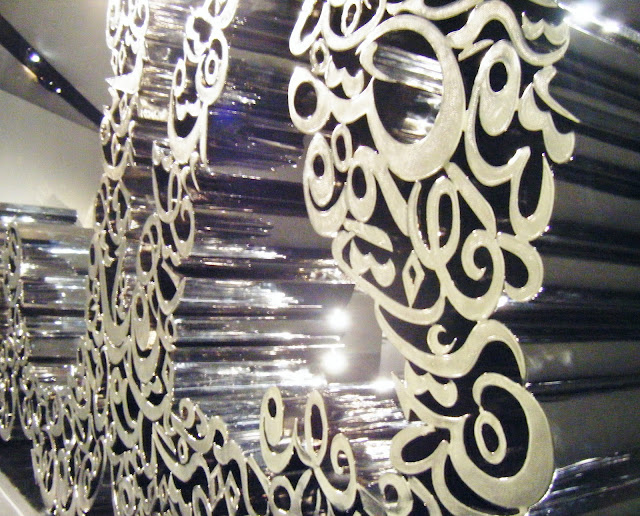 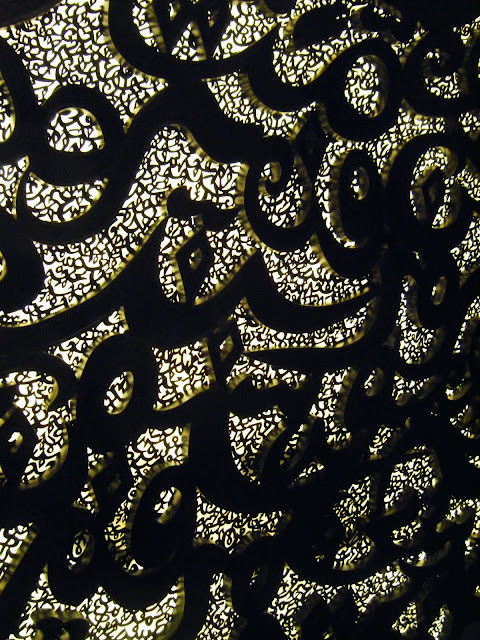 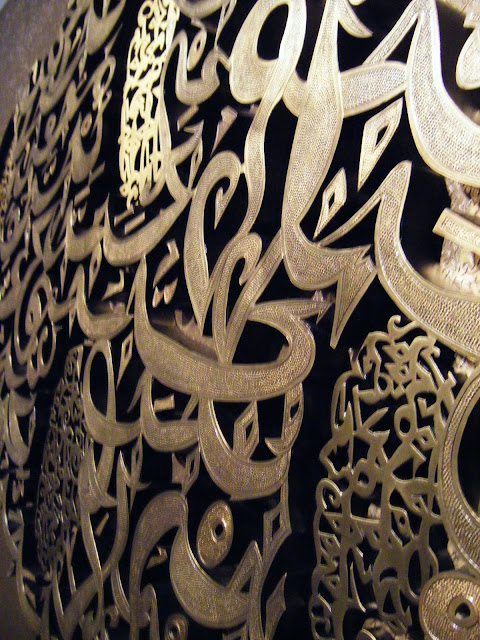 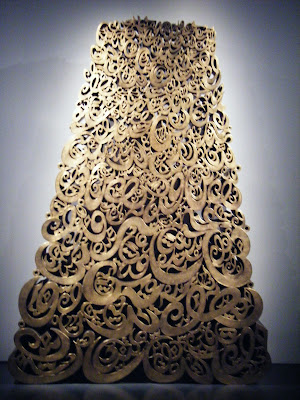 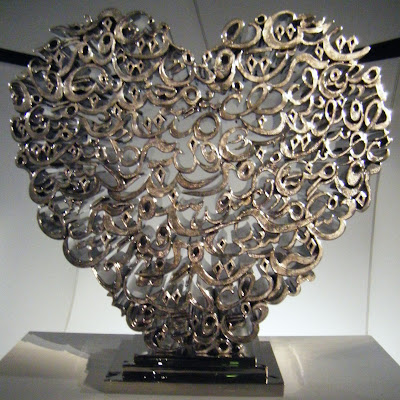 
Well, it's raining again today, it literally hasn't stopped - invisible light, indeed!!! Everything is very green however...
Posted by Beach-Combing Magpie at Sunday, May 19, 2013 No comments: