All Things Bright and Beautiful, All Creatures Great & Small... 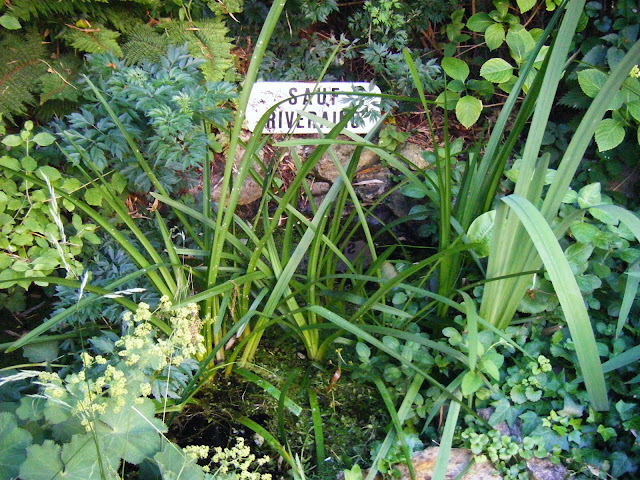 Several years ago I built an 'amphibian' pond in the garden to welcome frogs, toads & newts however after a long fruitless (and markedly frogless) period all that seemed to be reproducing there was a multitude of mosquitos with their rather ugly larvae wriggling and squirming in the water. We were soon obliged to introduce fish to resolve the mosquito mass-breeding problem, however earlier this year some amphibians finally arrived, in the form of (frog) tadpoles and some adult newts.

While inspecting the pond water yesterday, I noticed the strangest tadpoles I'd ever set my eyes on and went to investigate further by scooping some of these up in a bowl. These tiny creatures with feathery gills like a ruff around the head look like miniature dragons, with thread-like back legs which are barely visible. In fact these 'dragons' are larvae of the newts which have obviously bred to great success. Apparently the adults lays eggs individually on plant leaves, folding these to form a protective envelope, unlike toads and frog which respectively have free-floating strings or clumps of spawn . After the larval stage the newts will enter the second part of the 3-stage metamorphosis process - as 'efts' - where their limbs are fully formed and the external gills are re-absorbed. The adult newt spends much of its time out of the water, only returning to ponds, marshes and slow-flowing streams to breed in the spring. 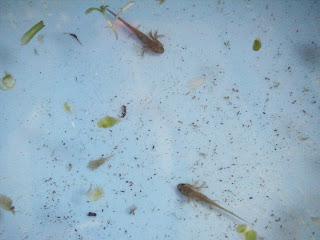 The male 'Crested' newt is particularly beautiful, with blue colouring & yellow speckling on its flanks and, of course, the distinctive crest along its back. The fact that all these tiny modest creatures apparently have the ability to re-generate damaged limbs or organs only adds to the magic. They do indeed belong to the salamander family which itself has always been doted with magical powers.

The legendary salamander has an affinity with fire as a 'fire elemental' and is believed to be able to survive flames. This belief is supported in part by the very real fact that the creature can secrete a substance that lubricates its body and can deter potential predators when under threat thanks to the toxins therein. Symbolizing the power of faith triumphing over the fires of passion & temptation the salamander was taken as the emblem of François the first in France and sculpted salamanders adorn many of the chateaux, with the wording "I nourish the good and extinguish the bad".

While the mystery of our tiny garden dragons has been solved, I still think these creatures are magical, and was thrilled to be able to discover these with the children.
Posted by Beach-Combing Magpie at Thursday, July 01, 2010