Upside and Downside of Crochet 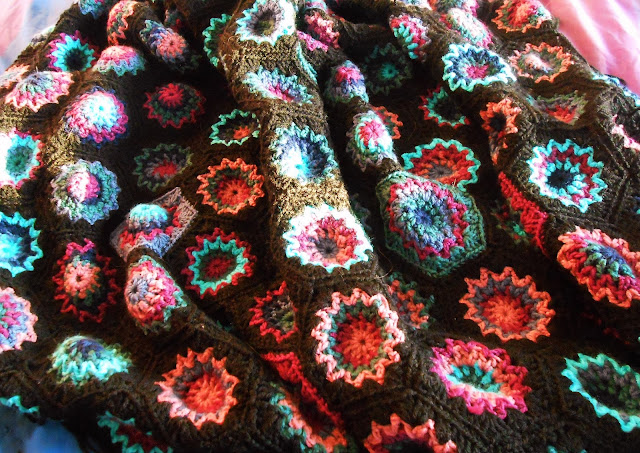 While you'd usually make a vague effort to tackle the less appealing parts of crochet as you go along on your W.I.P (Work In Progress), when not sure where the work is going, or taking you, these get put off to a later date... This has its upside - overall speed and ease of 'frogging' ie ripping out when there is an aesthetic/technical problem. The downside of this delay tactic probably speaks for itself - and brings a whole host of other aesthetic/technical problems... 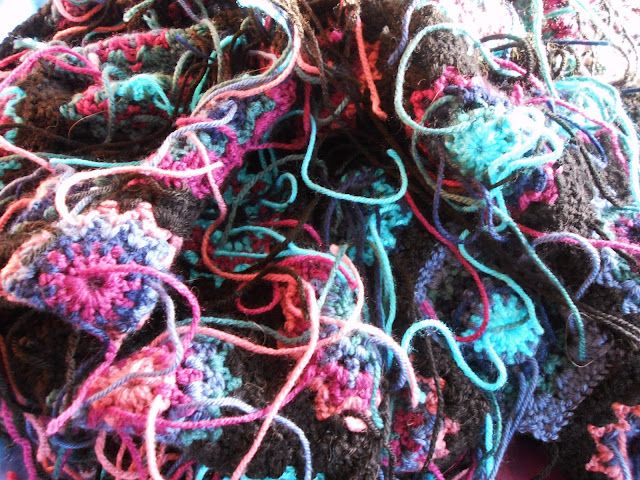 Posted by Beach-Combing Magpie at Wednesday, May 31, 2017 No comments: 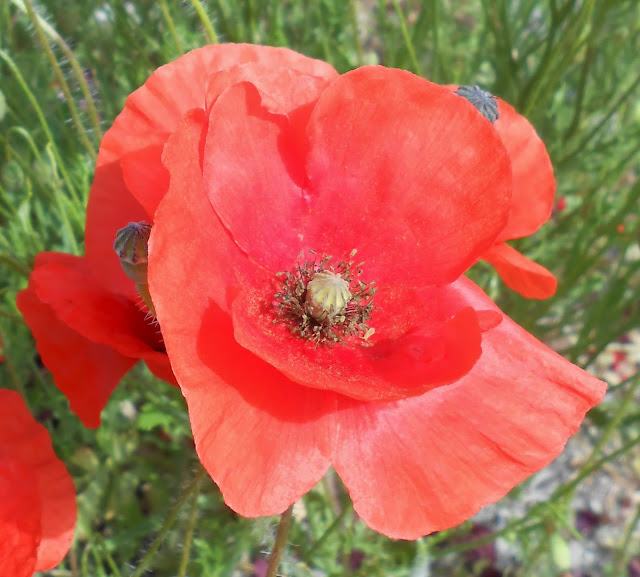 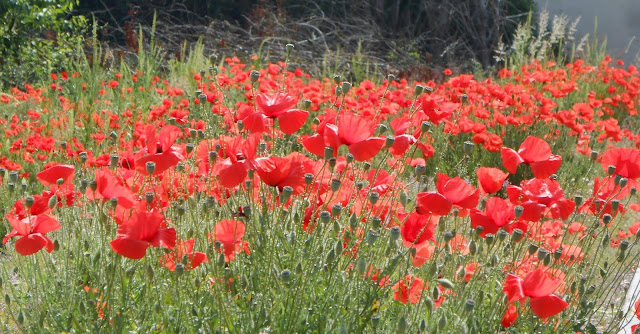 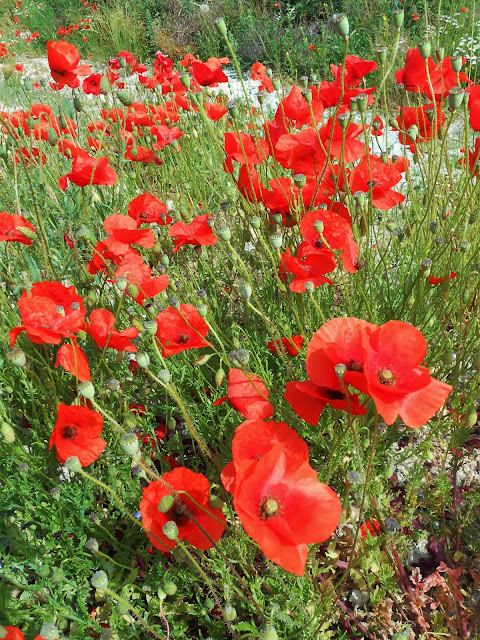 Posted by Beach-Combing Magpie at Monday, May 29, 2017 No comments: 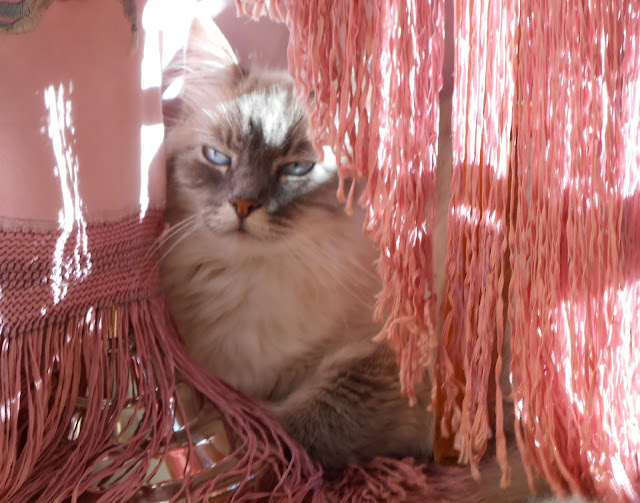 Another month racing by; time-management failing dismally, punctuated by the weirdest extremes of temperature! However, here's one feline looking suitably pretty-in-pink, yet snooty/snaky, curled up in the sunshine on a shawl that I brought back from the Witches' Market (El Mercado de las Brujas) in La Paz, Bolivia - a long time ago now. 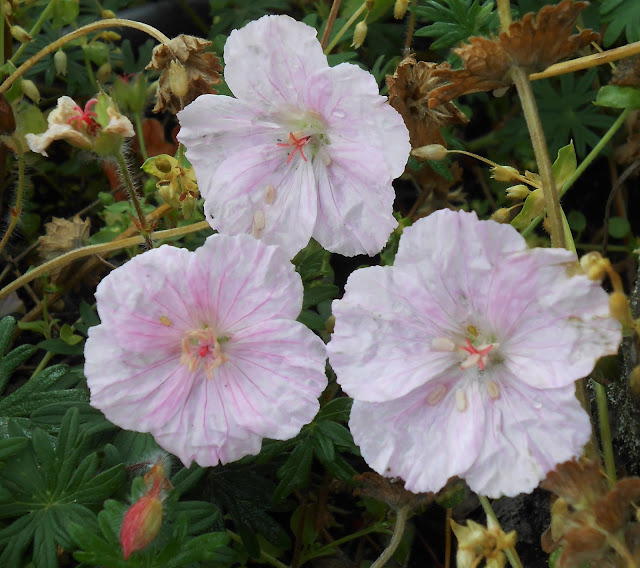 Strange to think of the origins of objects - preferably old and/or second-hand - that end up becoming part of the fabric of our everyday lives, and rather sad when we no longer notice them as we should... 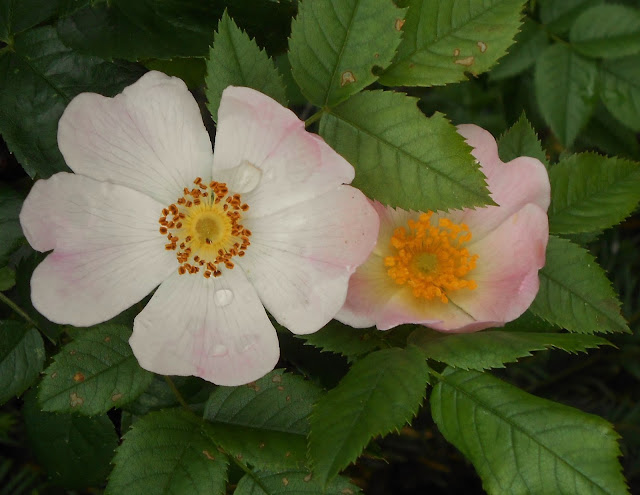 Here are some of the flowers I pass by, on my usual way to work. I always keep an eye out for the changing plants in these beds, set next to the tram stop, and try not to just take them for granted as I race on. These looked all the more delicate today, with their ruffled petals and raindrops. 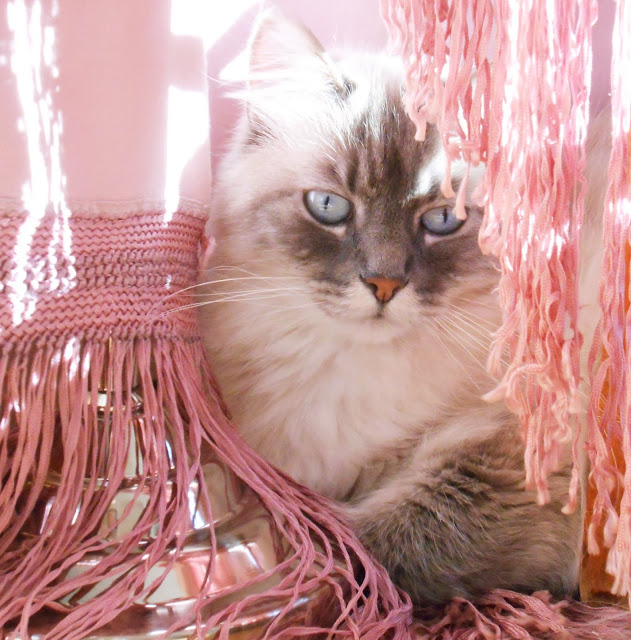 With their bold pink colour, the rosebushes along the canal have likewise come into flower, so much so that it is hard to remember the biting cold period when we actually had to break the ice on the canal when rowing! 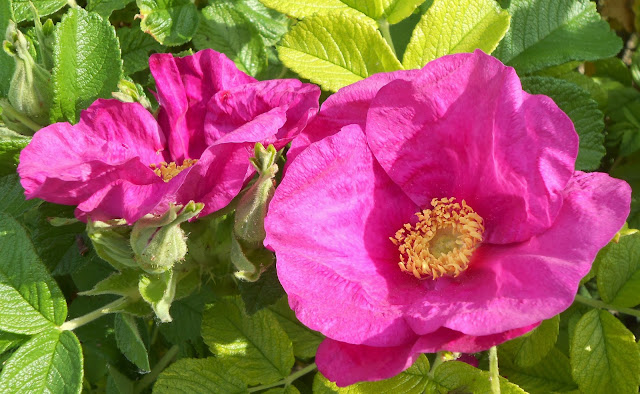