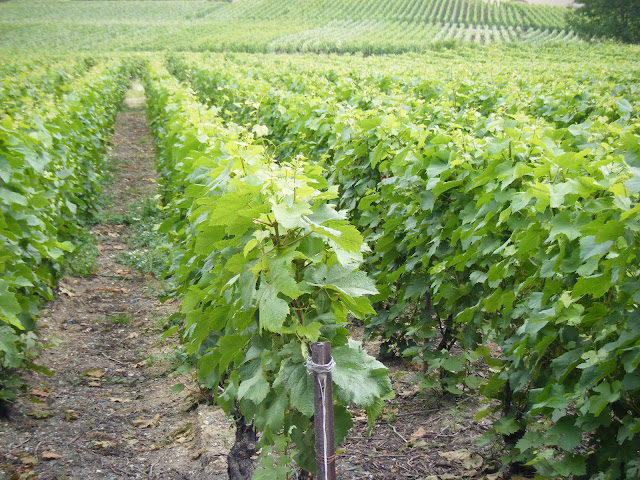 Despite a marked lack of rain, the crops are growing in the summer sun, all laid out in straight lines that criss-cross the fields like wild patchwork. Here, of course the main crop is the vine for champagne production, but there are also golden fields of colza and sunflowers too.

The soil here is ideal for the production of sparkling wine thanks to the chalk deposits left behind when ancient oceans receded and subsequent seismic activity caused marine sediment to be brought to the surface. The resulting terroir, with its specific temperature and climate, raises the acidity of the grape and favourizes the effervescent nature of the wine once labelled the 'le vin du diable' due to its capacity to explode a series of bottles, one after another. In addition, the chalk soil provides the ideal conditions to enable the bottled wine to mature in underground cellars. Reims, the heart of Champagne, wine & region, has 250 kms of underground cellars of Gallo-Roman galleries, known as 'crayères'.... The town centre is said to be seated on a veritable underground chalk labyrinth, some of the galleries of which offered shelter during the First and Second World Wars. 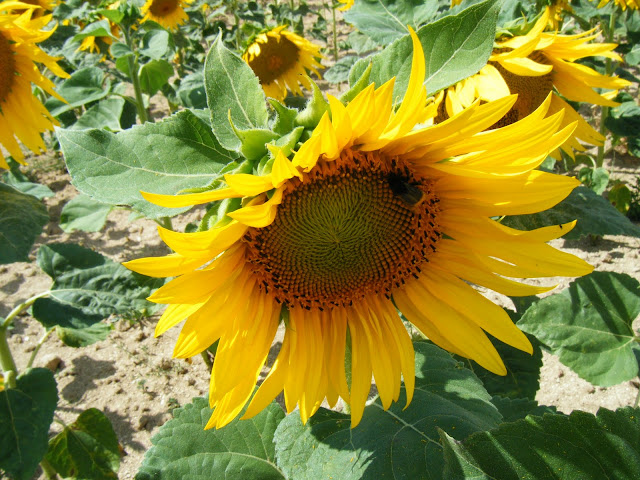 The méthode champenoise was finally fully developed and capitalized upon during the 19th century when it was promoted as being highly beneficial to health.
Reims, Epernay & Aÿ are the principal sites associated with labels that are seen all over the world and are symbols of the union of luxury and savoir-faire. Reims is, however, the only city able to unify 'corks & coronation' since it was here that the monarchs of France were consecrated. Imagine Westminister Abbey linked to the most prestigeous drink in the world...and I am not referring to the ubiquitous cup of tea! 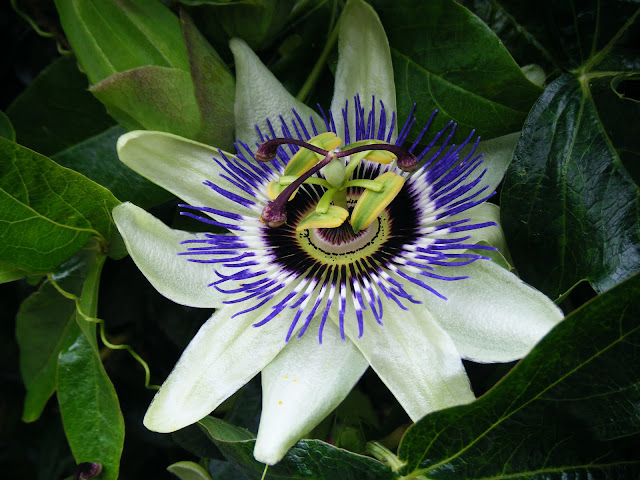 The monarchs of France had their heads removed during the French Revolution at the end of the 18th century, however regal heads still flourish in the form of sunflowers that dominate the landscape with fields that seem to stretch out to the horizon and beyond.

The sunflower is the perfect example of the application of the Golden Mean of mathemathics to nature. Just as the sunflowers are not laid out at random, but follow a strict alignment of the rows set out by the farmer and in turn track the movement of the sun's rays, the seeds of  the sunflower trace out a precise pattern, based on the Fibonacci series.... 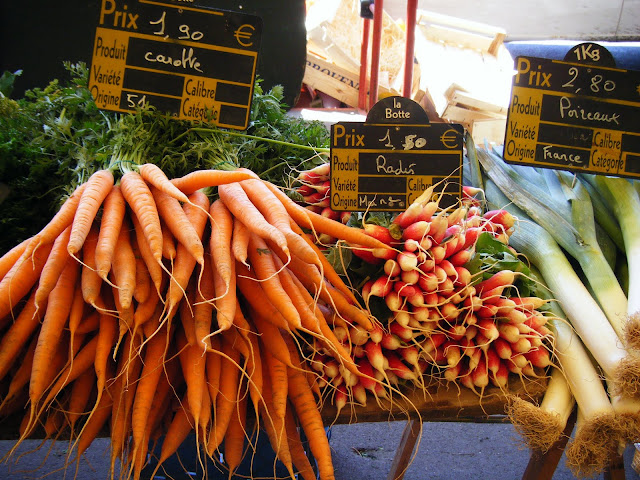 Viewed up close, the sunflower head has 34 petals; its face has two series of curves, radiating in different directions, from the smaller seeds at the centre moving out towards the exterior of the face, in order to fill all available space by assuming a certain angle in relation to the precedent seed. The angle is at 137.5 degres - the Golden Mean - the seeds all having the same space between them. In this manner the Fibonacci series is re-created in floral form, wherein each number is made up of the sum of the two precedent numbers (1,2,3,5,8,13,21,34,55 etc).


Perhaps this is the most apparent in the sunflower, but can be visibly seen in the pineapple, pine cone or the passion flower. In the Passiflora, each part of the flower was thought by Spanish Christian missionaries to represent the last days of Christ and the crucifixion  - the Passion of Christ.
The regular features of the passion flower face also led to its being called the Clock flower in non-Christian communities.

Today being Saturday, I went to the big open market in the town centre where you can find all kinds of vegetable, fruit & flower - heads and tails! 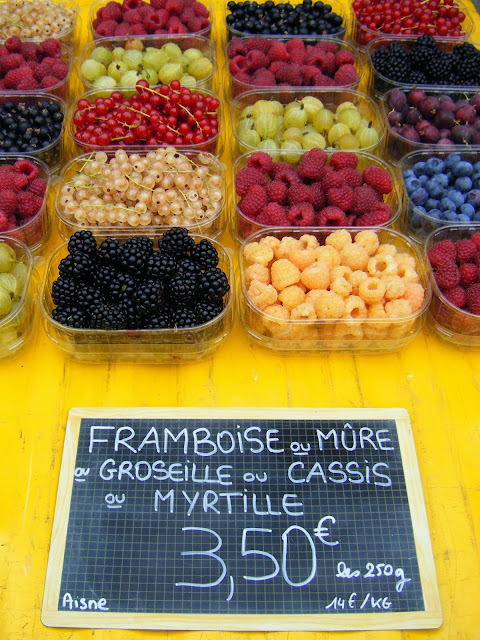