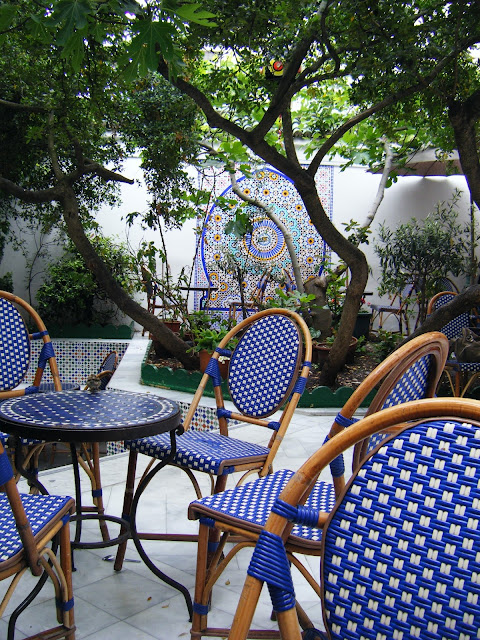 Peer closely, and you will see one of the sparrows synonymous with the salon du thé, which is an annexe of the Grande Mosquée in the 5th arrondissement of Paris. 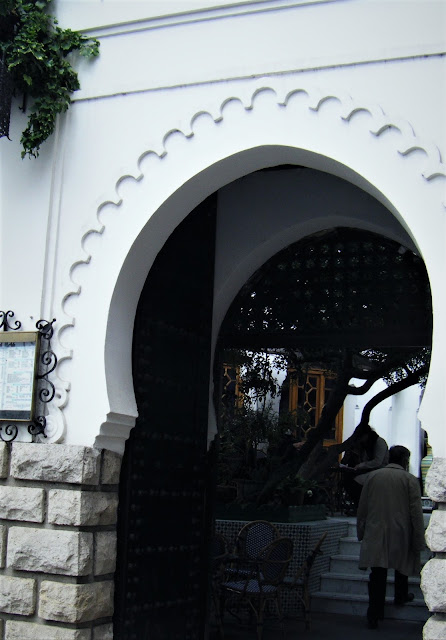 The site is just opposite the Jardin des Plantes and is a beautiful place for a pause, with a mint tea and some Oriental pâtisseries. 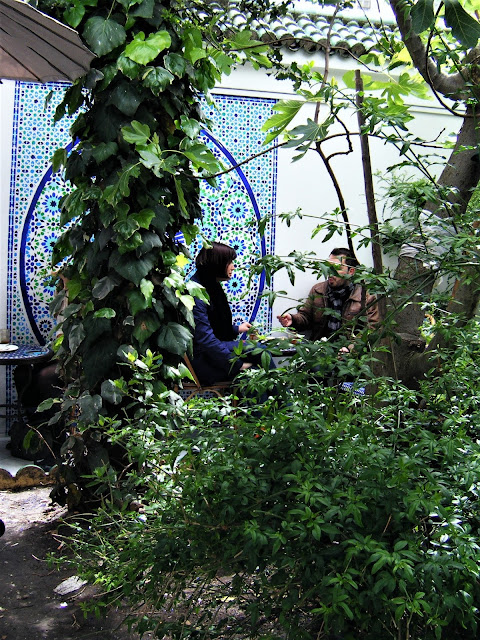 Be under no illusion; you will not be alone in this. The whole establishment draws in Parisians and tourists alike, from very different backgrounds, in very impressive numbers! 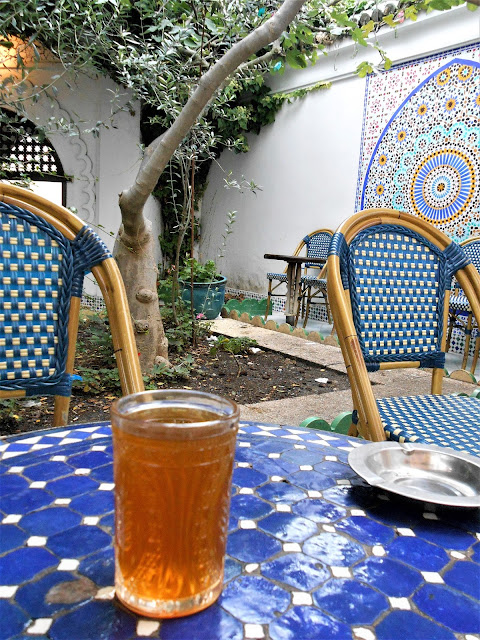 It is indeed incredibly popular and yet does not pander or privilege any particular clientele. The emphasis seems to be on traditional rather than trendy. 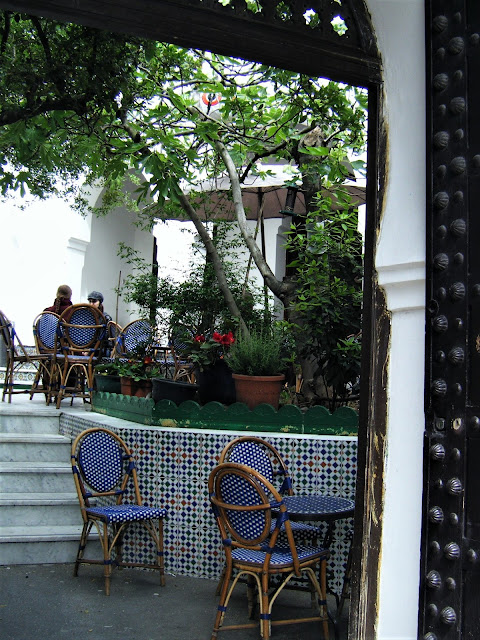 There is no distracting music, there are numerous tables but the atmosphere is not loud or intrusive, the waiters are smart but in no way haughty. 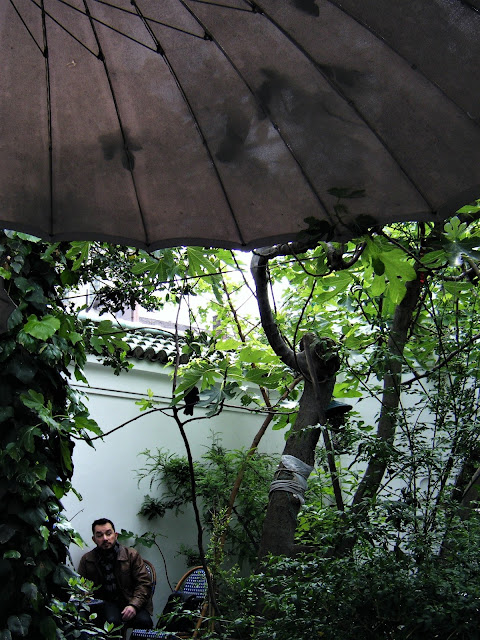 Alongside the exterior garden-patio salon du thé, just belond the arches, you can enter the restaurant itself, where the menu offers typical North-African dishes. 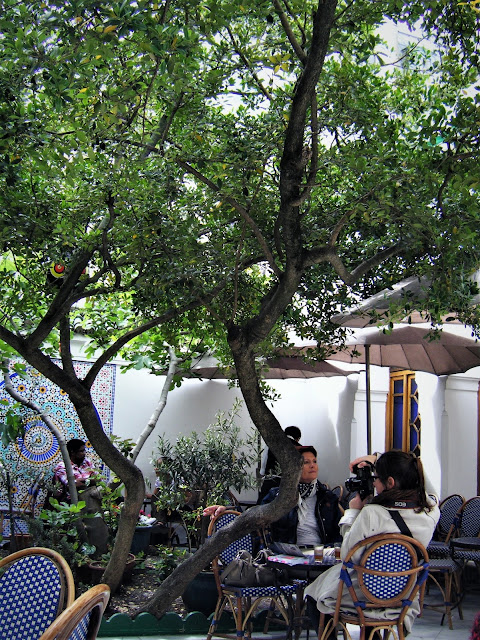 Otherwise, there is a covered interior patio, complete with fountain... And those strikingly vibrant tiles. 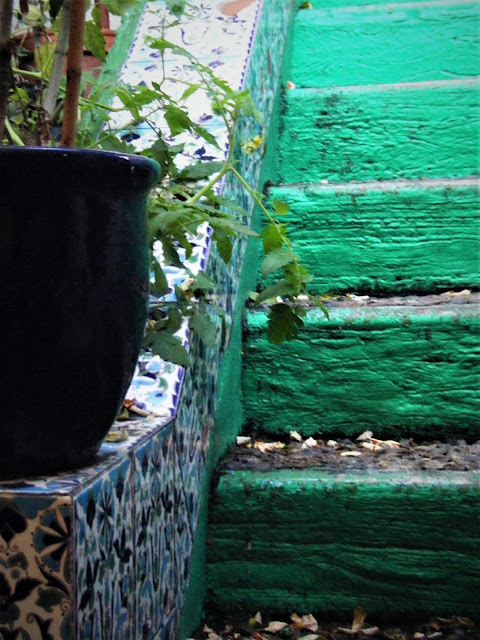 And of course, the key visitors - those jaunty little birds - whose crumb-seeking maurauding knows no bounds. 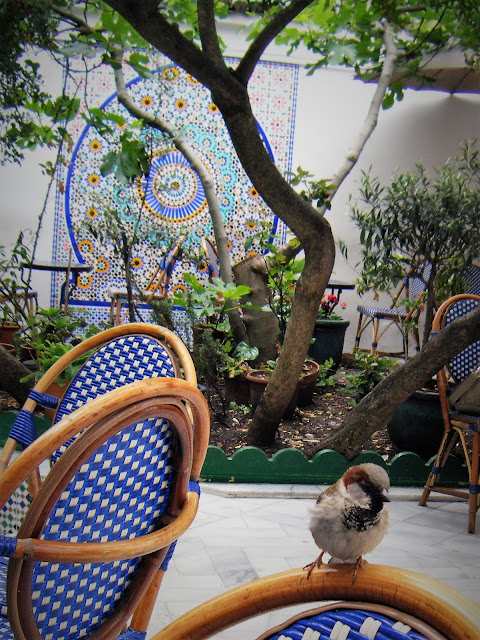 These cheeky sparrows fly in an out of the restaurant shamemlessly, bobbing around the salon, busy in the trees and bushes, flitting between tables on a mission. For these feathered felons are ever-ready to relieve you of some morsel, be that from you plate or directly off your fork! Or rather, they were... 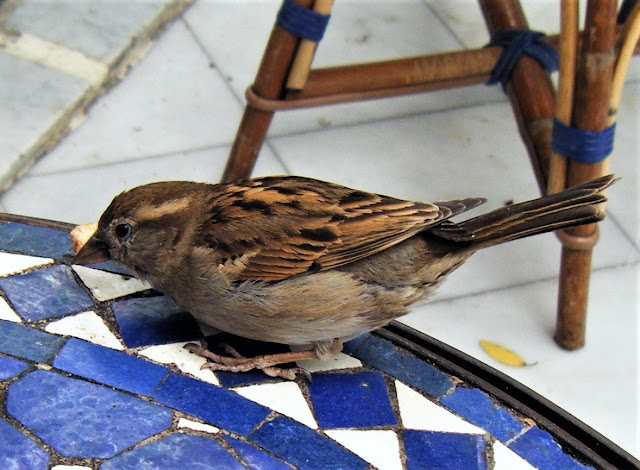 Indeed, on my last two trips to the salon, I noticed that a dramatic change had taken place. There was not a bird to be seen - anywhere. Just as I was about to inquire, a smug-looking cat sauntered past with such nonchalence that any lingering doubts were put to rest. 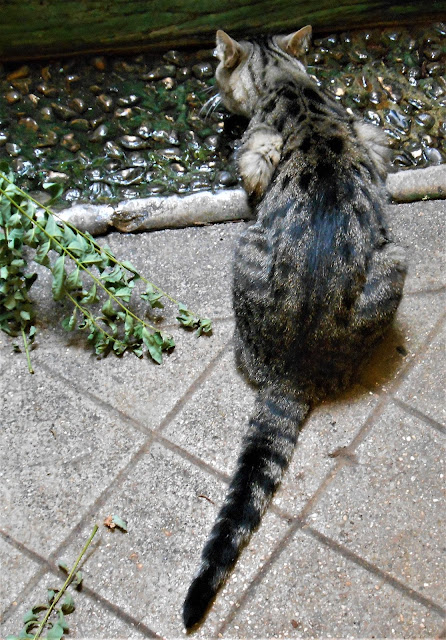 The cat in question resolutely refused to acknowledge me in any way and did not deign to turn round, intent as it was on lapping water. Hmm, no need to wonder why this visitor had developped such a thirst. And yes, all the above photos, with sparrows, are in fact old!

Email ThisBlogThis!Share to TwitterShare to FacebookShare to Pinterest
Labels: La Grande Mosquée in Paris, Sparrows at the Salon du Thé 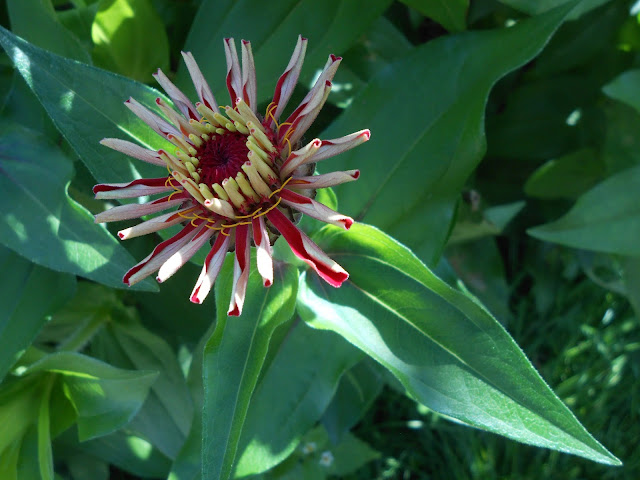 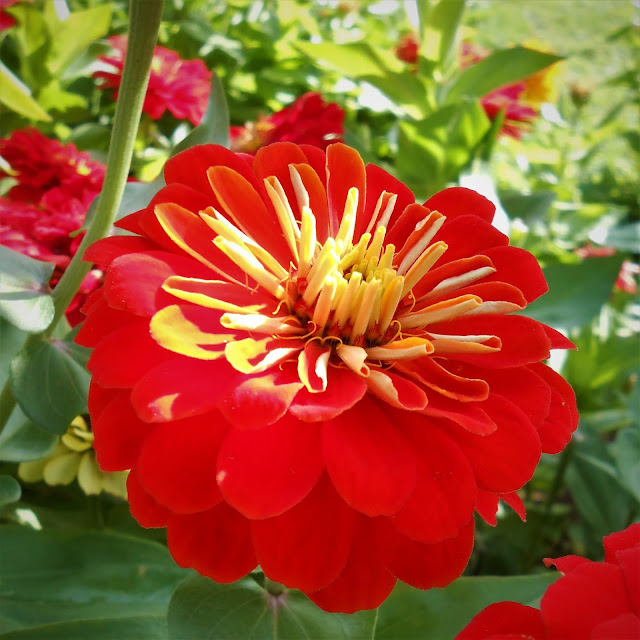 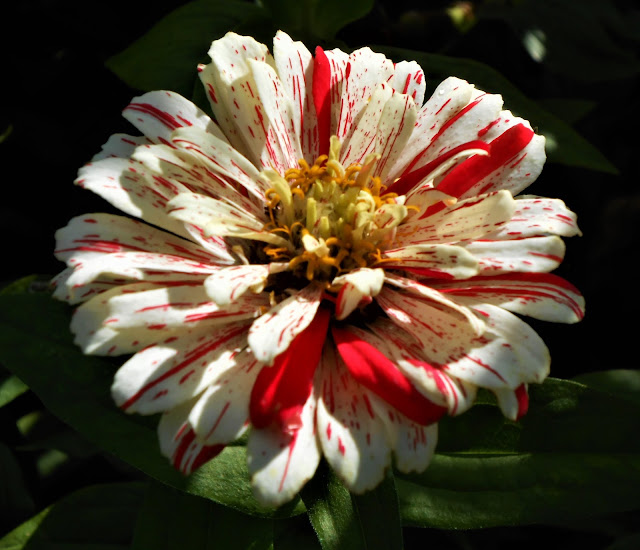 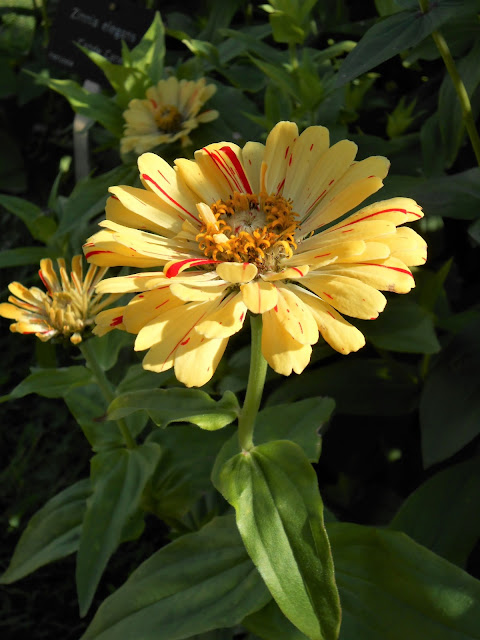 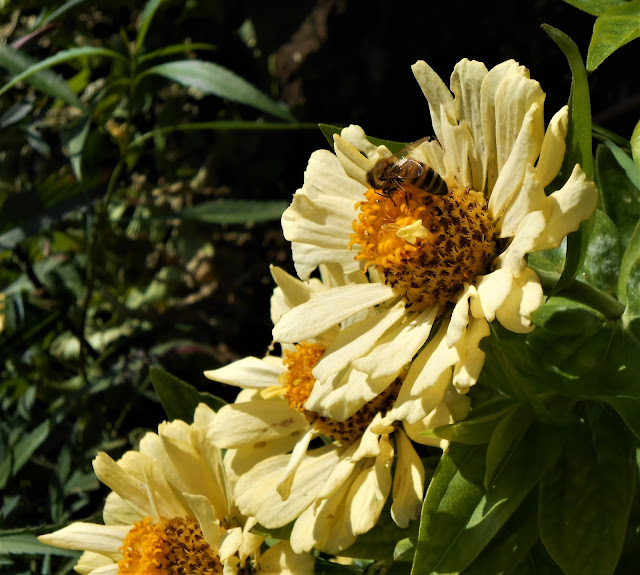 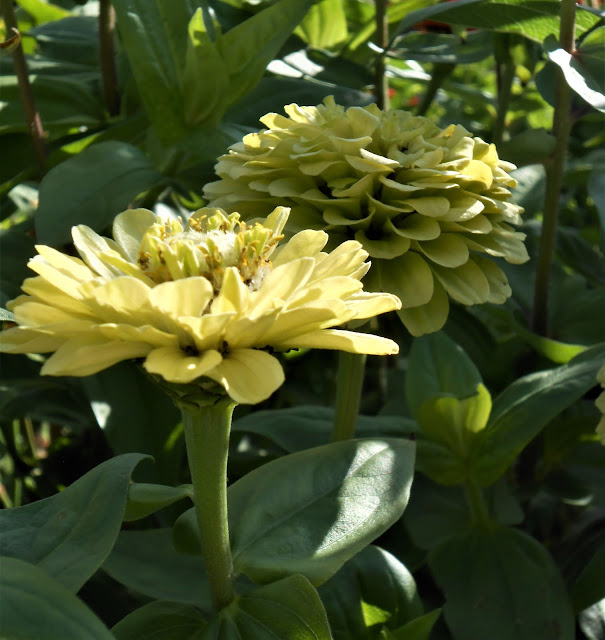 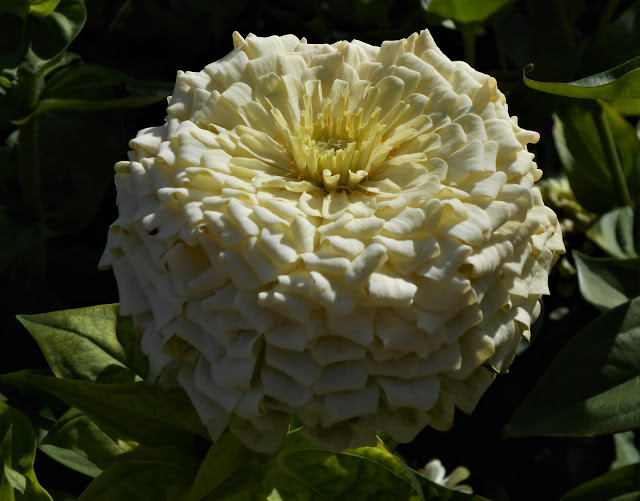 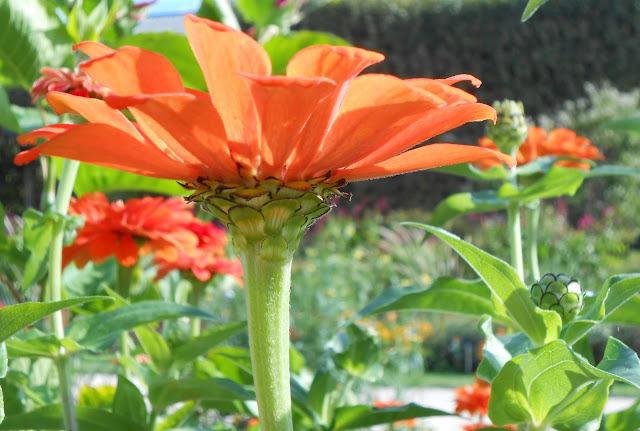 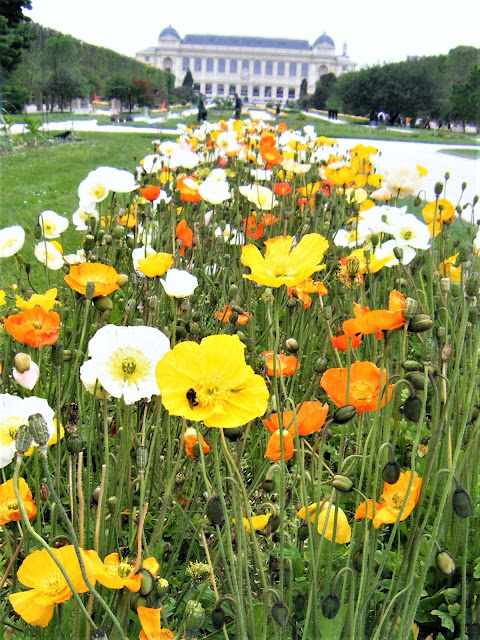 Posted by Beach-Combing Magpie at Tuesday, September 26, 2017 No comments: 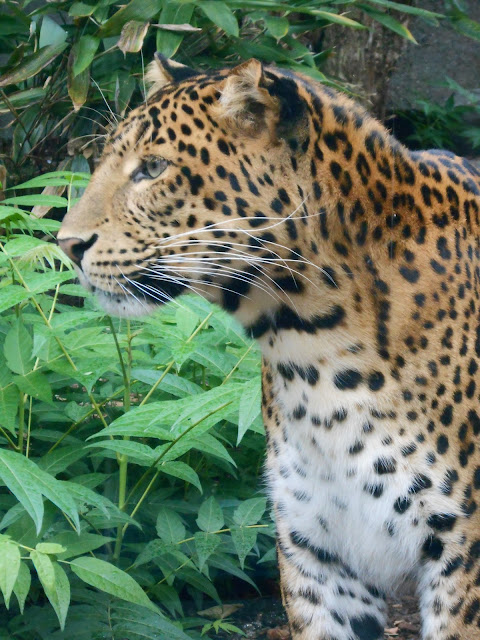 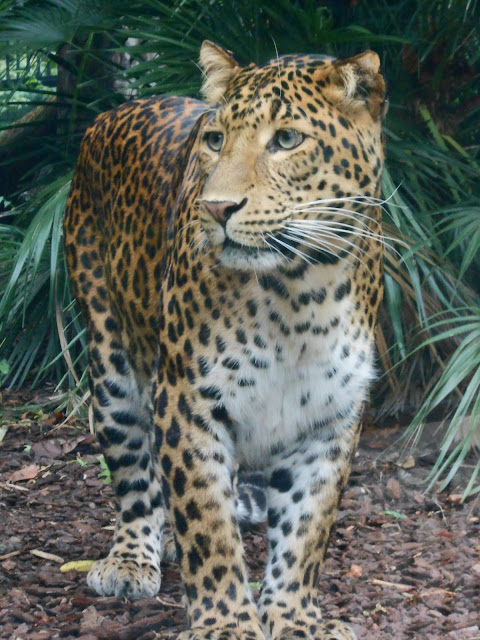 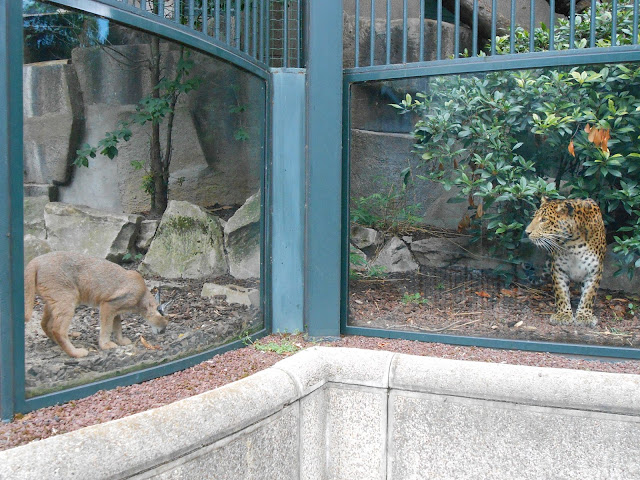 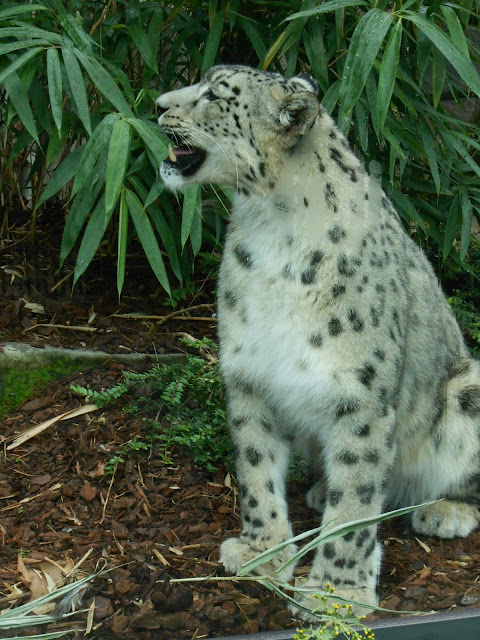 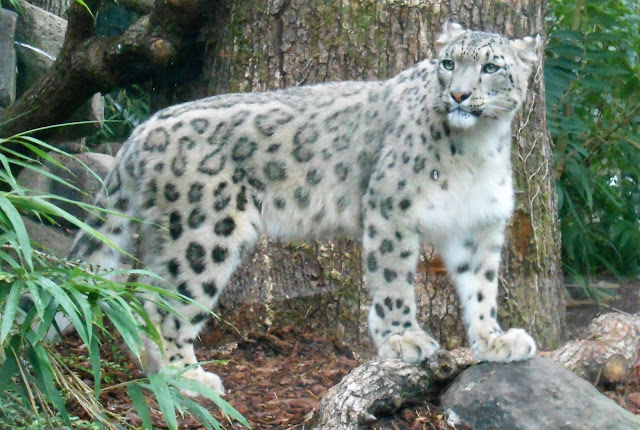 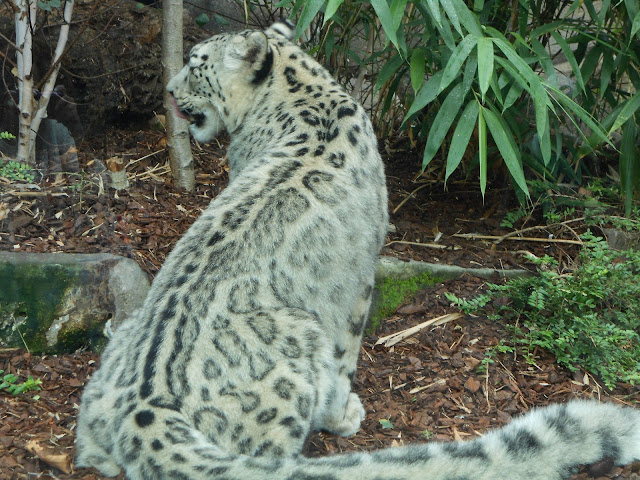 Posted by Beach-Combing Magpie at Monday, September 25, 2017 No comments: