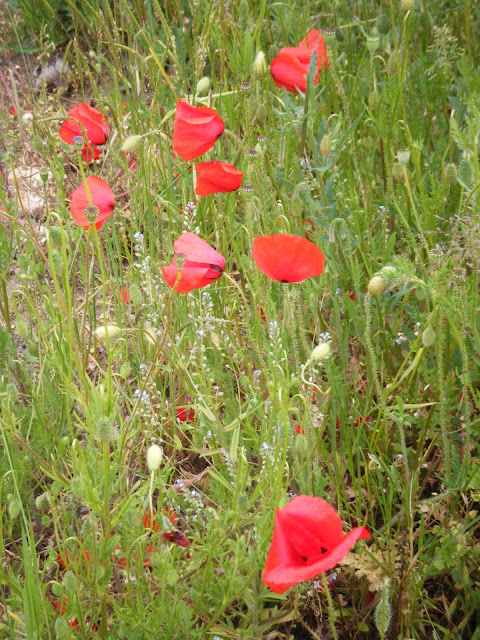 Despite my attempts, this year I just can't find the field with the pharmaceutical opium flowers! However, faute de mieux I found some bright red poppies and they never fail to amaze me with their colour, even if they're not quite so exotic...

Throughout history the poppy has always been associated with sleep and repose - even eternal rest. It is, of course, symbolic of the fallen soldier and the emblem of Remembrance Day; the 11th hour, of the 11th day, of the 11th month. In Christian churches during the Medieval period poppies were carved into the wooden benches to represent Man's need for rest and reflection when contemplating his last day.

In the Wizard of Oz (written by L.Frank Baum in 1900) there are the magical, yet 'deadly' fields of poppies causing visitors to sleep forever.

"They now came upon more and more of the big scarlet poppies, and fewer and fewer of the other flowers; and soon they found themselves in the midst of a great meadow of poppies. Now it is well known that when there are many of these flowers together their odor is so powerful that anyone who breathes it falls asleep, and if the sleeper is not carried away from the scent of the flowers, he sleeps on and on forever. But Dorothy did not know this, nor could she get away from the bright red flowers that were everywhere about; so presently her eyes grew heavy and she felt she must sit down to rest and to sleep." 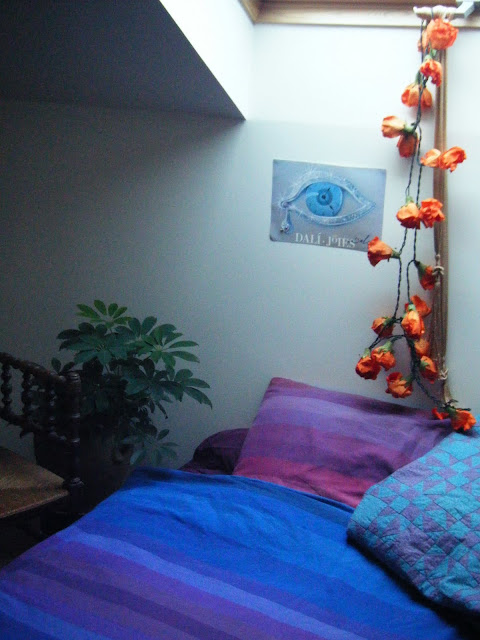 The poppy was also considered to be a talisman for good luck in love, health & money and was particularly beneficial for those in a transitional period in their lives. I especially like that notion...
Posted by Beach-Combing Magpie at Sunday, June 13, 2010