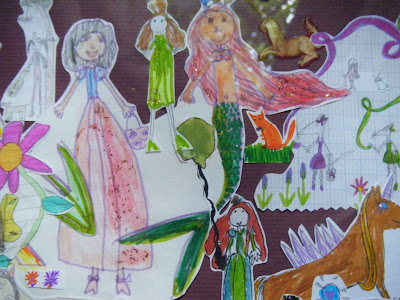 I presume that the majority of little girls are drawn to the image of mermaids - fascinated by these beautiful elusive creatures that live in the splendour of the rich marine underworld which is generally denied to us lesser mortals.
Part of their fascination, however, must come down to the fact that the essence of the mermaid is difficult to define. Even Disney's watered-down version of la sirène in 'Peter Pan' bears a certain ambiguity, presenting an alluring beauty but leaving the child wondering whether the mermaid is a kindly or cruel being. It is perhaps this mixture of elements that provides the force and fascination of the mermaid - this half-creature, half human hybrid. This enigmatic nature combined with les chants de la sirène - these melodious, beguiling songs  - literally make the mermaid an enchanting being, placing all individuals under her spell.


Today this powerful attraction is still largely felt by young girls (and not so young ones!), but throughout the ages, the mermaid has always been a dangerous force whose attentions were reserved exclusively for men, inevitably luring them to their perdition.

The sea, with its aquatic, amniotic nature has always been seen as a symbol of Life itself - the sea gives and takes as it moves from tranquility to raging storm. This reflects the essential nature of the mermaid too - sometimes taken for a symbol of fertility, like Venus - also born from the sea in a scallop shell - and yet also considered a devastating, deadly lure for seafarers. In Medieval times, the sea was thought to contain the marine counterpart of every living terrestrial being, however bizarre. The mermaid thus had her rightful place in the 'bestiaries' of the epoque - books giving detailed moralizing accounts of the real and imaginary creatures serving to illustrate Christian dogma. These bestiaries had been inspired by the Greek work Physiologus; nevertheless, the mermaid's tale goes back to far earlier times...

Initially la sirène that appeared in Greek and Roman mythology was not a fish-tailed being, but rather a winged bird-like creature with a human head and as such reflected the Ba, the bird-like creature of ancient Egypt which would accompany a form of the soul after corporeal death. In Greek mythology, the sirens frequented Persephone, daughter of Zeus and Demeter but when they failed to prevent her being taken by Hades into the Underworld Demeter punished the sirens by changing them in to bird-women. The most famous sirens are perhaps those from Homer's Odyssey. Indeed Odysseus was warned by the goddess Circe of the dangers of the trio of treacherous creatures inhabiting an island strewn with the bones of those who had fallen prey to their bewitching songs. Aware that this music would put a man to sleep  leading directly to death, Odysseus duly blocked his ears and those of his crew, with bees wax and he lashed himself to the mast of the boat to avoid the temptation of these half-birds. The sirens appealed to the weakness of the spirit - in this case with the offer of supreme knowledge, imparted by their music which recreated a celestial harmony. In the epic poem from the 3rd century B.C, Argonautica, the Argonauts were likewise able to escape the sirens through the lyre-playing of Orpheus which drowned out their songs, rendering them powerless. In late antiquity the three sirens were each symbolized by their music; singing representing greed; flute-playing, arrogance and the lyre - lust.
By the Middle Ages the siren had lost her wings and gained a split fishtail to assume the mermaid form more like the one which we are familiar with today. From this period on she was frequently presented as a solitary figure, nevertheless maintaining her bewitching beauty and music that would lead men to their ruin.
On early wooden carvings the mermaid is increasingly presented as a lasvicious being, a carnal, if fish-like temptress leading men to a sea of desire and death. The mermaid often holds a mirror and comb, both symbols of vanity and sexuality which were also considered the attributes of prostitutes. And so with her long hair symbolizing fertility the early mermaid gradually took on the form of a voluptuous fishy femme fatale! While previously the siren had been the stuff of myth and legend, the mermaid of the Middle Ages was considered to be veritable being, and frequent sightings were announced and many individuals claimed to be of mermaid descent.
Indeed, just as the siren had gradually undergone a physical metamorphosis to become the mermaid we know today, the siren's sinister desire to lure a man to his death had been superceded by the mermaid's desire to gain a soul for herself. One means of doing this was to marry a mortal and in the work Mélusine, by Jean d'Arras, 1393, the eponymous heroine manages to do so. Unfortunately Mélusine is caught by her unsuspecting husband when he fails to respect her conditions of privacy and comes across his wife taking a bath " from navell downward in the lyknes of a grete serpent".


It is with the advent of 19th century folk revival with its thirst for long-lost worlds that artists, writers and musicians were inspired by the imaginary world of legend, in which the mermaid and water nymphs in general play a role. Keats wrote his Lamia in 1819, Heinrich Heine's poem The Lorelei was published in 1827 and Wagner created his Rhinemaidens from the Ring Cycle. However it was with Hans Christian Andersen's Little Mermaid that the salty seductress is transformed from the previously predatory loner to become a tragic isolated figure, an outcast of the human world who is denied love. Precisely because the little mermaid fails to kill her prince she is unable to recover her mermaid state and so prefers to kill herself, finally to be transformed into a daughter of the air.

Towards the end of the 19th century the innocence of Andersen's Little mermaid had been cast aside again as the mermaid resumed a more sinister nature, personifying the bestial perversion of the female in the fin de siècle decadence. The Symbolist painter Gustave Moreau depicts the cruel emasculating beauty which finds its reflection in A Rebours of J-K Huysmans of 1884. However after the turn of the century, the mermaid did not hold the same power over human imagination. Despite initial confusion with sea mammals such as the manatee, thought to breast-feed their young in a human manner, it has now long been proven that the mermaid does not exist. However, whilst in physical form this is perhaps true, in essence one aspect of the mermaid, whatever her nature, lives on....

Charles Lamb in his Adventures of Ulyssees, 1808, seems to offer a description of the destruction caused by sirens that finds a parallel in the devastation caused by certain predatory females today that you may have had the misfortune to experience, directly or indirectly!

"Whosoever shall but hear the call of any siren, he will soon despise both wife and children through their sorceries; that the stream of his affection never again shall set homewards, nor shall he take joy in wife or children thereafter, or they in him...." 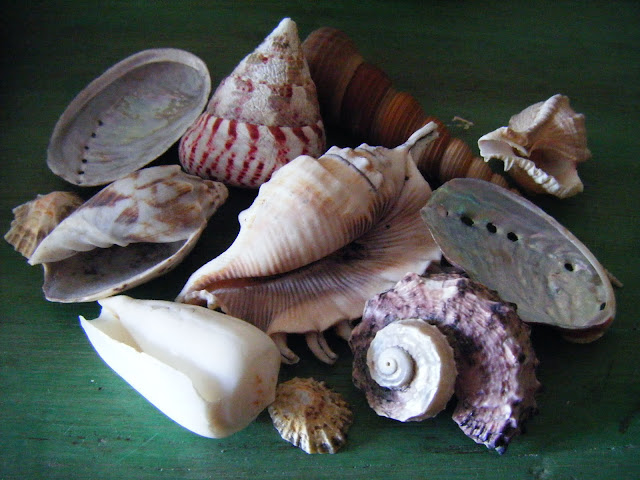