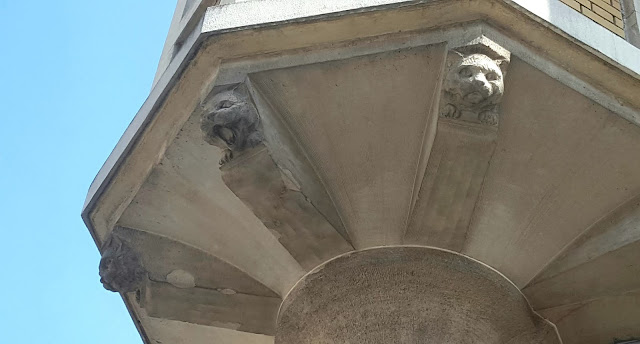 The odd occasion that I encounter a cat out and about the city centre is not usually a happy event since invariably the poor creature in question has escaped from some building and got lost in the streets. However, there are a few other feline forms to be encountered around town.

I wonder who commissioned these features in the reconstruction years after World War 1 and why we no longer see anything even vaguely comparable today. 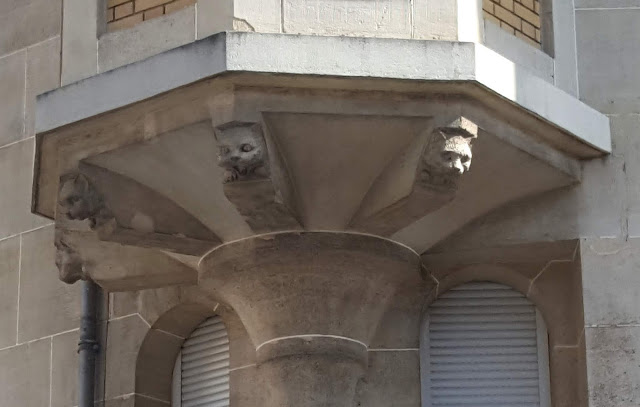 The majority of these beautiful details are well above the eyeline so it really is worth looking up as you wander around the streets and notice the Art Déco architecture. 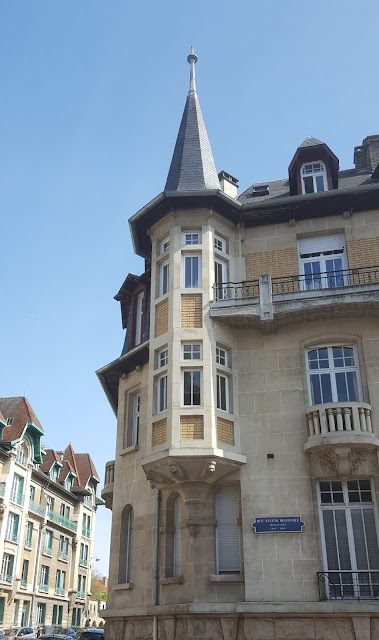 Not only are there sculpted forms to decorate building façades, a wide variety of mozaics serve the same purpose. You just have to know where to find them, but it is not always that easy! 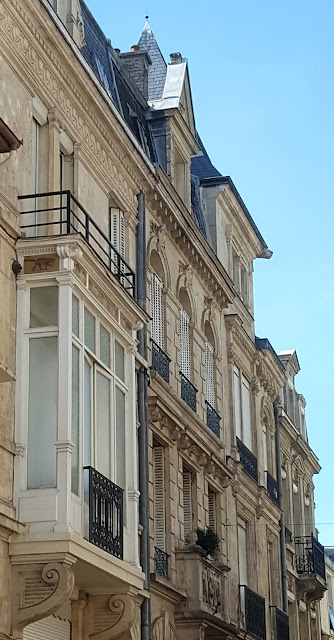 These mozaics just capture the antics of prowling cats perfectly... 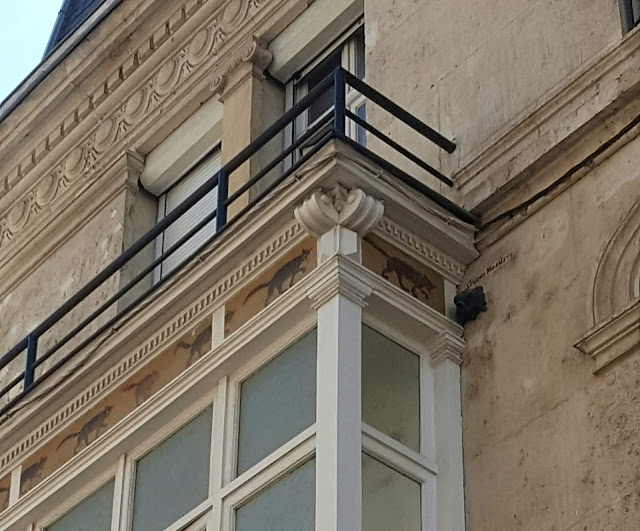 I wonder whose cats were the inspiration for these works.... 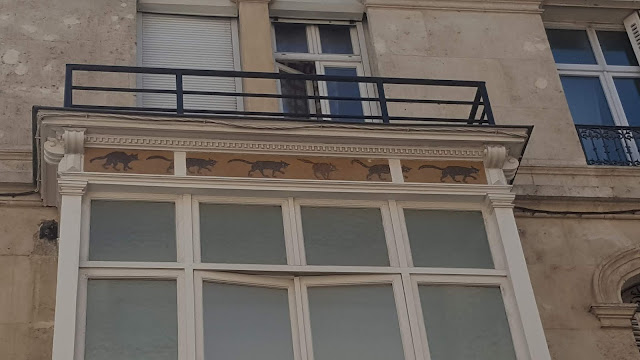 And if the individual who ordered such architectural features chose cats out of personal preference...

These days, there are a few feline references to be found around town in the form of street art. The following is the work of C215, a French artist who also held an exhibition here in 2016.


All of these mischievous cats remind me of the poem my Dad used to read us...


Bustopher Jones: The Cat About Town by T. S. Eliot

Bustopher Jones is not skin and bones--
In fact, he's remarkably fat.
He doesn't haunt pubs--he has eight or nine clubs,
For he's the St. James's Street Cat!
He's the Cat we all greet as he walks down the street
In his coat of fastidious black:
No commonplace mousers have such well-cut trousers
Or such an impreccable back.
In the whole of St. James's the smartest of names is
The name of this Brummell of Cats;
And we're all of us proud to be nodded or bowed to
By Bustopher Jones in white spats!

His visits are occasional to the Senior Educational
And it is against the rules
For any one Cat to belong both to that
And the Joint Superior Schools.

For a similar reason, when game is in season
He is found, not at Fox's, but Blimpy's;
He is frequently seen at the gay Stage and Screen
Which is famous for winkles and shrimps.
In the season of venison he gives his ben'son
To the Pothunter's succulent bones;
And just before noon's not a moment too soon
To drop in for a drink at the Drones.
When he's seen in a hurry there's probably curry
At the Siamese--or at the Glutton;
If he looks full of gloom then he's lunched at the Tomb
On cabbage, rice pudding and mutton.

So, much in this way, passes Bustopher's day-
At one club or another he's found.
It can be no surprise that under our eyes
He has grown unmistakably round.
He's a twenty-five pounder, or I am a bounder,
And he's putting on weight every day:
But he's so well preserved because he's observed
All his life a routine, so he'll say.
Or, to put it in rhyme: "I shall last out my time"
Is the word of this stoutest of Cats.
It must and it shall be Spring in Pall Mall
While Bustopher Jones wears white spats!