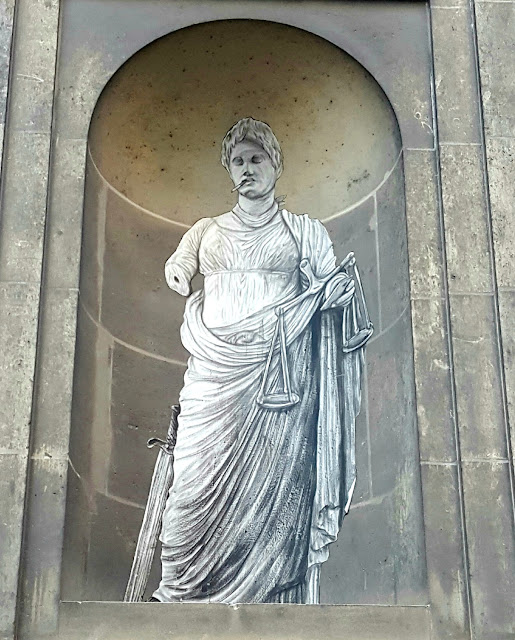 Last week I came across another work by the street artist Levalet. Stuck in an otherwise unoccupied alcove on the grimy façade of a building that houses a law firm stands a rather jaded Lady Justice. She looks down below, cigarette nonchalently perched on her lips, clasping her Iphone as she props a drooping set of scales over her arm. Her blindfold has slipped down from her eyes, to be worn bandana-style around her neck. There is no limb to grasp onto the sword by her side...
Is this an illicit tobacco break or is she about to throw the towel in? 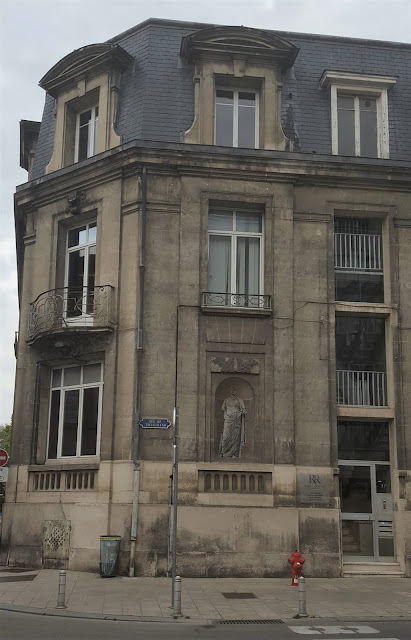 This is Iustitia, the Roman goddess, who, alongside Prudence, Fortitude and Temperance, was of the four cardinal Virtues in mythology. Her Greek counterpart is known as Themis, the personification of 'divine order, law, natural law and custom'. She was also mother to the three Fates, who literally weaved the destinies of men on the loom that laid out the threads of life's tapestry. Through this divine female frontline, mere mortals were assessed, judged with reason and rationality, and finally  punishment was meted where due. 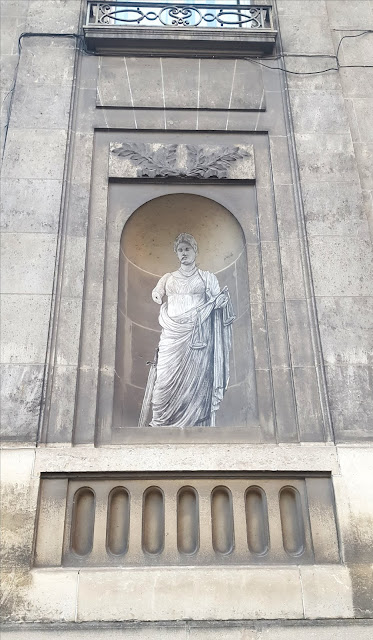 On numerous law courts around the world, Iustitia is traditionally dressed in a Greco-Roman toga, as worn by classical figures of philosphy and mythology, thus highlighting the ancient Roman adage "Cedant arma togae" (meaning "Let war give way to the civil power.") Justice is presented as 'blind' (hence the eye-covering) since justice is objective and unbiased. It does not pass judgement based on mere appearance but the weight of fact. Likewise, the scales of justice measure both sides of the story at hand with fairness. The wronged and the alleged wrong-doer, the opposing parties are treated with objectivity and the final outcome - the rightful verdict - is governed by the weight of evidence. Justice symbolically keeps the double-sided sword by her side, ready to strike a blow and deliver a binding decision. Physical might is thus led by justice alone and wielded with logic and reason, keeping corruption at bay, symbolized by the serpent under the left foot of Justice. Sadly there is no snake in this image of a worn-down provincial French Lady Justice, perhaps not all that surprising in view of the present social/political climate.

While vast parts of the country regard the future of France in the bleakest, blackest of lights, seeing red with every measure of action or inactivity n the government's part, the vision of this rage is bright yellow in colour; les gilets jaunes. Shortly after noticing this rémoise Justice, I encountered crowds of demonstrators and wreckers going on the smash around the town - breaking and burning, slicing and shattering. Initially, they seemed to have taken aim at affluent commercial institutions such as banks, insurance and estate agencies, and the odd jewellery store, but as they headed up my street, any old glass window, item of street furniture, fencing, railing, traffic light and humble wheelie rubbish bin became fair target.
No wonder Justice has laid down her sword and turned to her fags and phone!