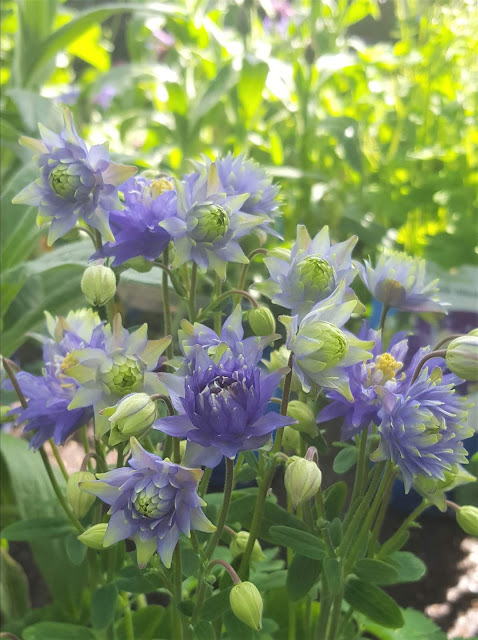 Having taken photos of these beautiful flowers at the garden centre, I later realised that I had not paid a great deal of attention to their name and was left wondering which plant family they belonged to. Little did I think that these would in fact be linked to one of the greatest families of the intellectual elite of 19th and 20th century Britain. 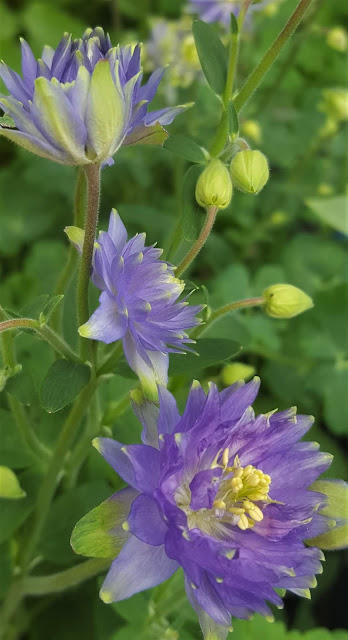 Learning that this flowering ranunculaceae plant was named after a certain Nora Barlow, I had images of an unassuming horticulturist busying herself around the potting shed in order to come up with this pretty columbine hybrid. I was therefore quite taken aback to discover that Emma Nora Barlow (1885 – 1989), who had studied botany and genetics at Cambridge university at a time when women were largely barred from higher education, was in fact the granddaughter of Charles Darwin. 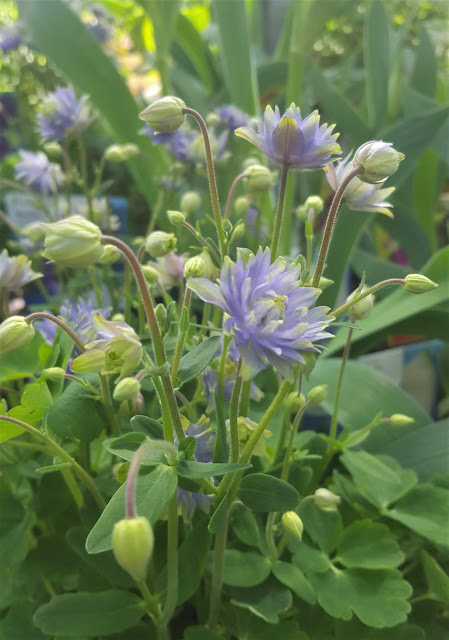 Nora Barlow’s very long life – over a hundred years –  encompassed the most dramatic events that have shaped our world, remodeled our role therein and revolutionized our world view. She must have witnessed many of the vast sea changes in every possible domain of life. The civilized and natural worlds were transformed throughout the latter years of the Industrial Revolution, shattered and restructured by the ravages of world war, fractured by geopolitics, metamorphosed and dwarfed by blinding technological and scientific breakthroughs with space exploration, nuclear fission and fusion. Her death came just a few months before the fall of the Berlin Wall, which was to herald the demise of the Soviet bloc and Communist systems of Eastern Europe. She died just before the rise of one of the ultimate game changers; the internet.

Nora Barlow was not yet born when Charles Darwin published his On the Origins of Species in 1859, yet the aftershock from this explosive work continued to reverberate well into her life. His theories of evolution had undermined the Creationist beliefs that had been the basis of the understanding of the world and its making. Not surprisingly, to many people Darwin’s theories were and perhaps still are anathema and the man himself an abomination. 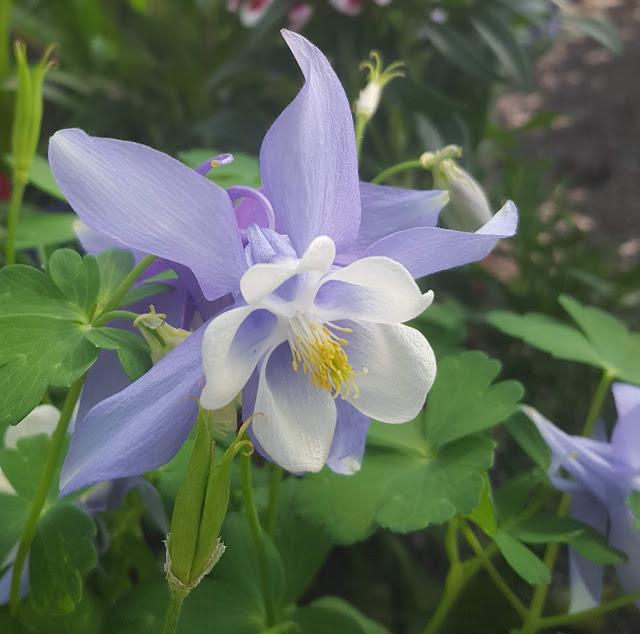 This Darwinian thirst for study and knowledge and this trait of intellectual distinction seem to have been carried down from generation to generation, along the branches of the Darwin family tree in the same manner as the most resilient genetic code. Nora’s interest in botany and natural history had grown from her own mother’s love , later leading this young woman to carry out research on the primrose family in the early years of the 20th century and her papers on this genetics study drew on Darwin’s own work - The Different Forms of Flowers on Plants of the Same Species – that had been published in 1877. 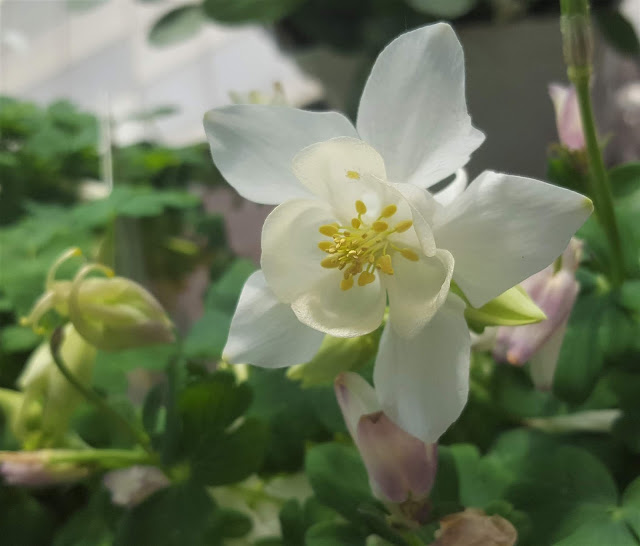 She also wrote biographical works on her grandfather and his second cousin, Francis Galton – the ‘father’ of eugenics and in 1933 edited The diary of the voyage of H.M.S. Beagle. In this manner, Nora founded what has been termed the ‘Darwin industry’, and through four works she ensured that Darwin has been handed down to posterity through his own unadulterated expression.
On the publication of her re-edited version of Darwin’s autobiography in 1958, Nora stated that « The great figures must be seen in their own setting and their own words must be heard, cleared of the posthumous growth of later dogma ». Thus this definitive edition of the autobiography reinstated the sections of text that had been taken out of the first version, edited by Darwin’s son, Francis, in 1887. 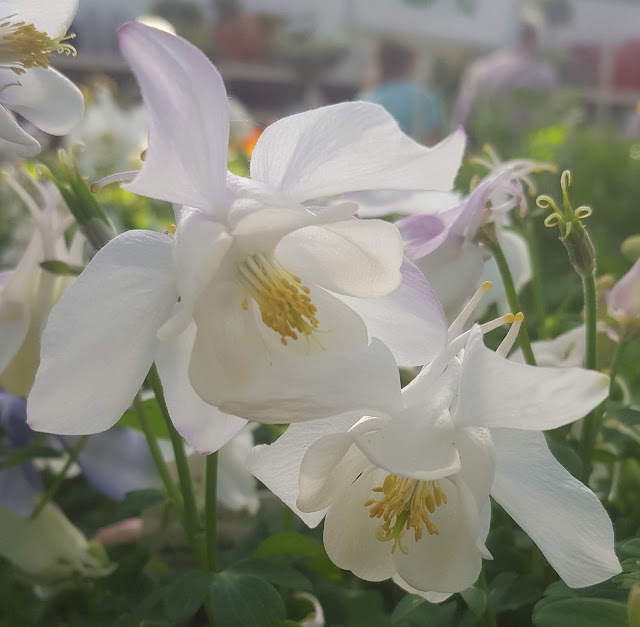 Freed from the constraints that had forced Francis to edit in order to present a palatable version of a text that could be deemed pithy at best and heretic at worst, Nora restored the lost passages, and hence undid this ‘unnatural selection’, so to speak. Unlike her uncle, she feared no family feuds over the representation of religious beliefs or lack of them and so her grandfather’s incisive mind and spirit speak to us today via uncensored words. Beyond this role as Darwin’s literary guardian, Nora Barlow’s own existence was taken up with full academic and professional occupations, a married life with a busy household of six children. 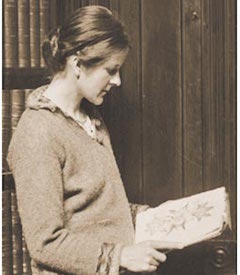 And finally, as for the columbine flower in question…. The Nora Barlow is a double-petalled, unspurred variety of the genus aquilegia, a word derived from the Latin for eagle (aquila), because of the shape of the petals, whose spurs are said to resemble an eagle's claw. That sounds rather ominous for something so delicate, in which case perhaps the common name from the Latin for dove is preferable – likening the inverted flower to five doves drawn close together. 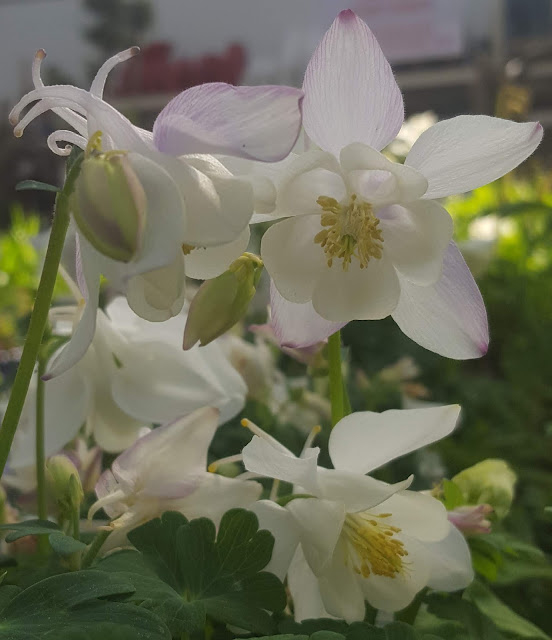