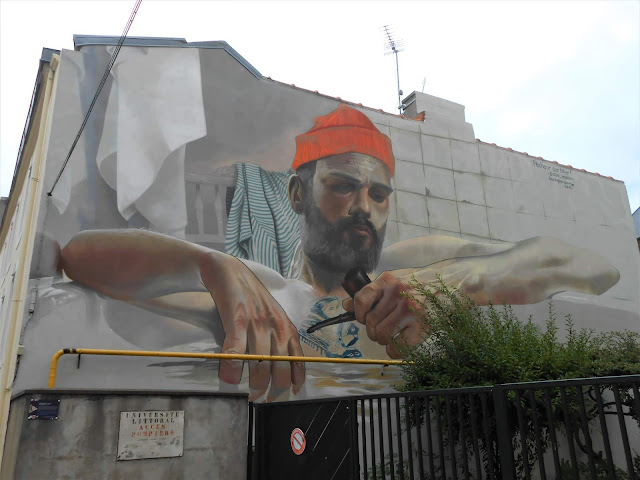 A few weeks ago, I went to Boulogne-sur-Mer for the day-trip proposed by the SNCF. This is the largest fishing port in France, situated in northern France on the Côte d'Opale section of the Channel - just opposite the English coast. This proximity between the England and France has fed the heightened feelings between the two countries for centuries, oscillating from best of enemies, worst of friends and all the intermediate positions between, as one country has tried to gain ground on the other, or been used as a pathway for a third party to do so. 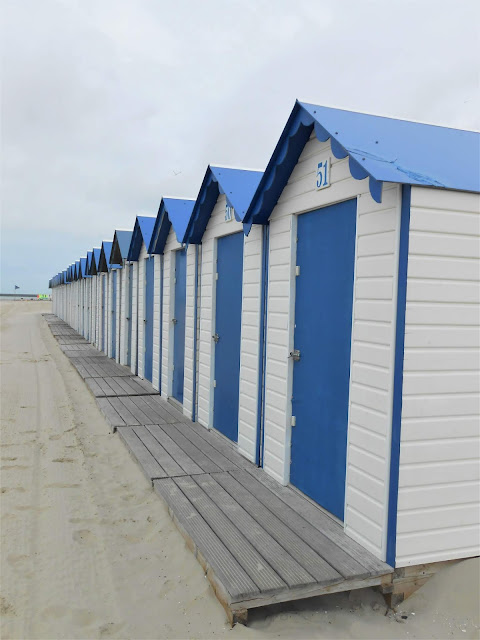 Today, Boulogne attracts thousands of British visitors but already from the mid 19th century, Charles Dickens was praising its virtues " as quaint, picturesque, good a place as I know", and spent long summers there. To praise the virtues of  Dickens himself, the Centre Culturel de l'Entente Cordiale organised an exhibition in the Château d'Hardelot in 2011 - "Charles Dickens l'inimitable", a year before the bicentennial commemorations of the writer's birth. 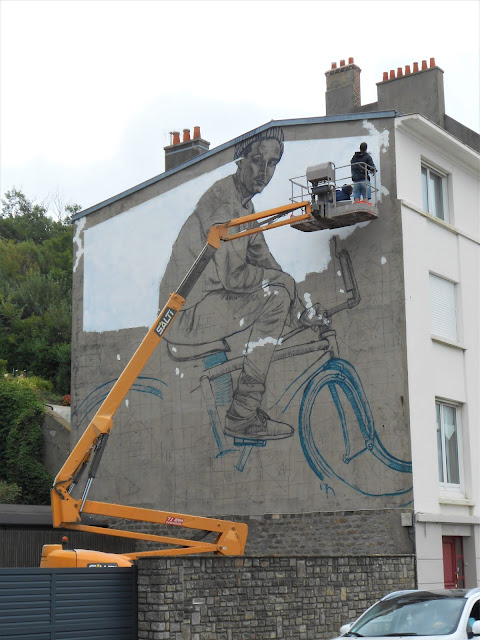 No sooner had I got out of the train at Boulogne, than my camera battery started playing up, before giving up the ghost completely. Luckily, I managed to get a few photos of some of the fantastic, huge-scale street art. I found out later that these are part of a programme  and it has to be said, these were certainly the highlight of my trip there. I certainly regret the lack of photos... As the mayor of the town points out on the Art Urbain site, the outward appearance of the town largely came about from reconstruction after the Second World War. 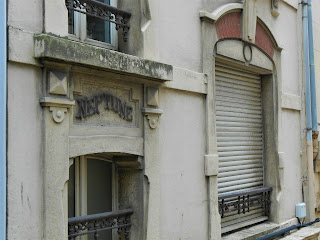 Like Portsmouth, Plymouth or Southampton, Boulogne-sur-Mer was blitzed so extensively that the town was utterly devastated. Unlike its English counterparts, however, the devastation here was not due to Luftwaffe aerial attacks; this was the result of Allied attacks on the enemy forces occupying the town. Now, so many decades later, we can barely believe such a monstrous fate could have been meted out in any civilised world; whatever the city, whoever the enemy or ally, the tragic waste is the same. 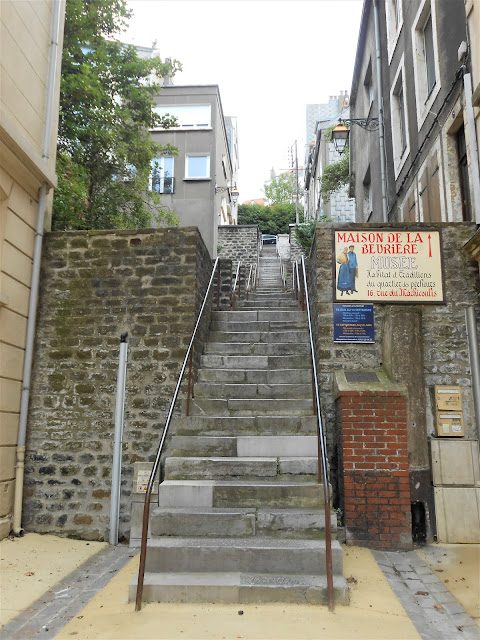 The battering of Boulogne towards the end of the war flattened the town, but did not crush the boulonnais spirit. The heart of the old fishermen's quarter, La Beurrière, did not survive the bombings, although one building still stands today, where the museum devoted to this community is situated. Life as a fisherman/woman in Belle-Epoque Boulogne was anything but beautiful. The harshness and drudgery of the work and living conditions brought home hard how many of our day-to-day preoccupations today are very much 21st century, First World ones that pale into significance inside the cramped Maison de la Beurière. 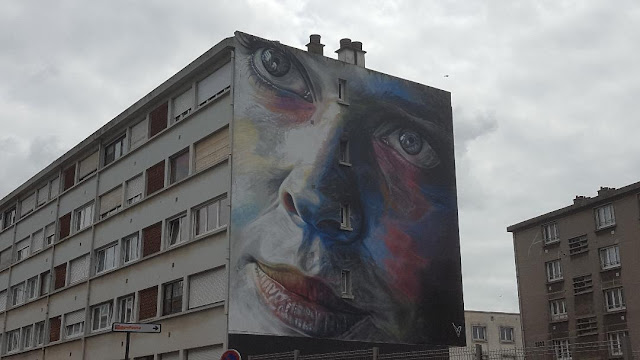 The war years of Boulogne made me appreciate, yet again, the resilience of Man, and wonder what all urban landscapes would be like today, had the two great wars of the 20th century never taken place. I personally found the post-war buildings of Boulogne wholly dispiriting, unfortunately, and the modern architecture itself does little to liven up the town either... until street art came along, that is! The result is amazing and those massive concrete surfaces seem to have been made to act as a modern-day canvas.
Posted by Beach-Combing Magpie at Thursday, August 30, 2018