Beach Life - Links to the Past, tenuous and otherwise... 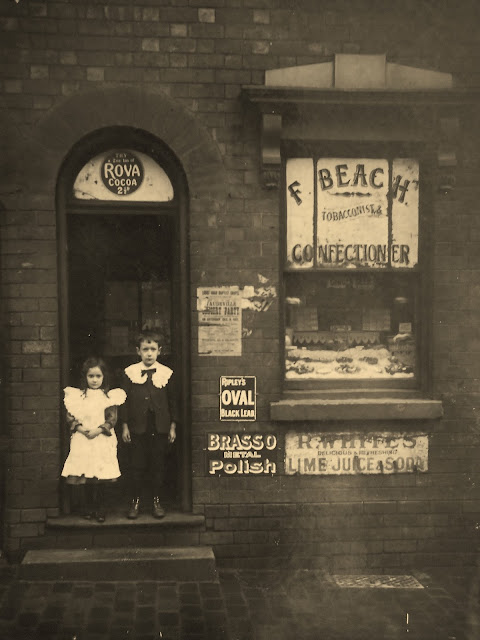 I arrived in France this day, twenty-four years ago. That is almost a quarter of a century and represents almost half of my life - quite alarming! Before leaving England, I went to visit people and places; one of these being my elderly great-aunt in Birmingham. She is the little girl in the picture above, standing next to my paternal grandfather, on the step of the family shop. As can be seen from the name of the proprietor, there is in fact a particular reason for my giving this blog its cheesy title of Beach-Combing Magpie...
I remember hunting around for this elusive black-and-white photo back then, but only found it again this summer, after all those years. I think the picture was taken in 1911; the grimness and grime of those red-brick Brummie streets comes across, perhaps a little unfairly, but that is probably not helped by the rather mournful expressions of the children. Maybe a more just representation of Midlands life is shown in the photo below, of my maternal grandmother in a group outing of the Birmingham Naturalists (hence the butterfly net). 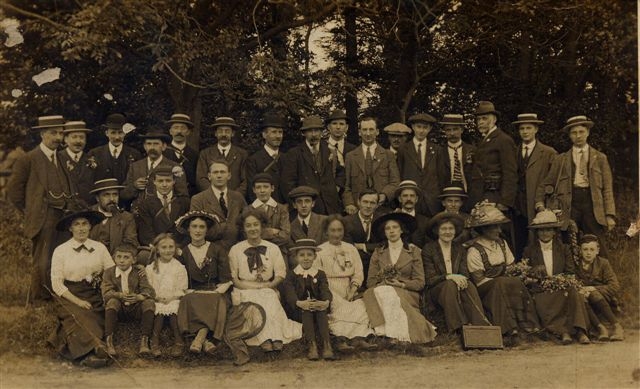 She is the cheeky little creature sitting in the front row, third from the left. I never actually met my grandfather, but I did know and love the old ladies that these two little girls eventually grew into. Both were full of character and determination and learnt to manage, for one reason or another, to live and work as single women in a man's world. My grandmother had a wicked sense of humour that must have steered her through moments of hardship, and in hindsight, was probably in possession of a large dose of political incorrectness that simply passed for forthrightness in those days, and either way was certainly fine by me... 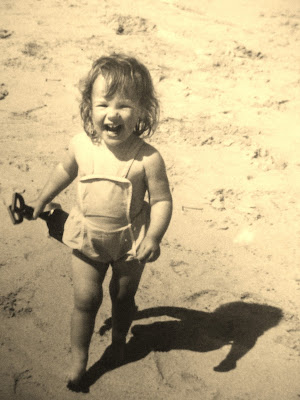 Sometimes I wonder what it would be like to know what lies ahead of us, and whether that would be desirable or disastrous, or simply both of these simultaneously... What would my great-aunt and my grandmother have done to alter the course of their lives, if they could have done so? I know of a number of things that I would change, but how much else would be modified and fall away, as if it had never existed? Maybe that whole erosion theme is what makes me love the film, Eternal Sunshine of the Spotless Mind... Anyway, here's me on a holiday trip to Cornwall, a few years younger than the other two little girls above. This must have been taken just a year or so before our final move from Birmingham to settle in the South West for good... Well, until I finally left for France, that is...

Although I may be very far from the beach now, and have certainly changed my line of seaside attire, the beach-combing instincts are still fully intact. 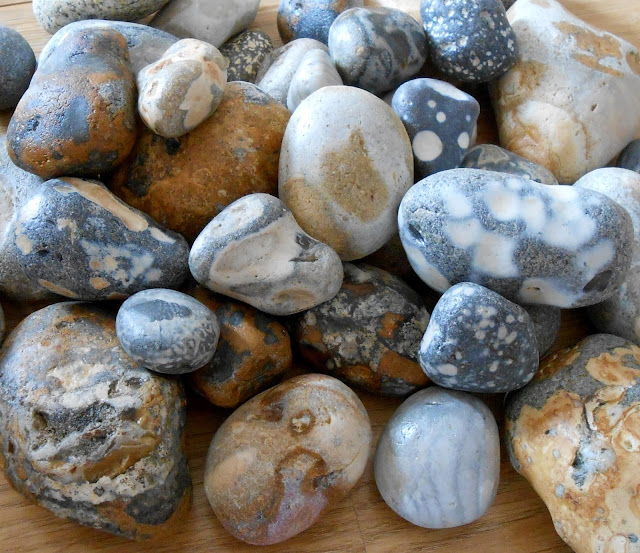 To celebrate aspects of the last (almost) 25 years here, and to compensate for others, I decided to visit the Baie de la Somme this weekend. I walked miles along the impressive eroding chalks cliffs and vast expanses of beach; one of the chief attractions of the latter being the pebbles, of course! 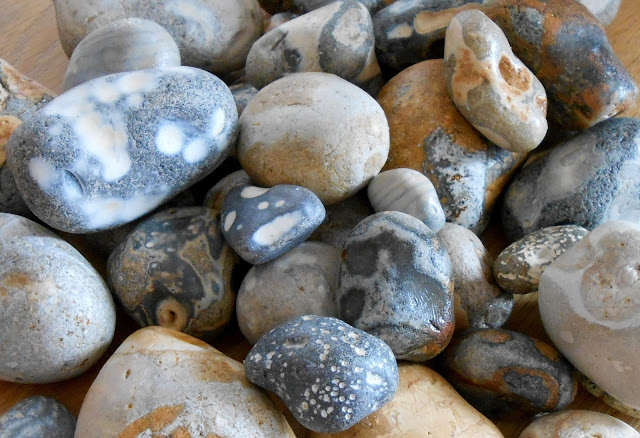 These really were the most beautiful specimens... It's strange to think about how and from what they were formed, over all those years, to take up their present shape, size and location - my balcony!

Above are the women those two little Brummie girls grew into, still years before I even knew them in my childhood, but long after theirs were over, and their lives had already been shaped and driven by events in their existence...

And finally, their relative!