Survival of the Fittest - Evil Weevils and Beastly Beetles...

Wow, the month of June has, so far, proved to be challenging on seemingly every front. As much of this cannot be changed, I am trying to change my reactions - away from the instinctive default mode of freak-out towards something else... Well, I am still working on that. All of this serves to underline the fact that you simply shouldn't assume that life issues are 'cut and dried'  because these are often very much 'alive and kicking' just waiting to surface, creeping out of the woodwork or undergrowth when you foolishly least expected it. I can use all the old clichés to talk of this because it's just so obvious, but I still forget these fundamentals. 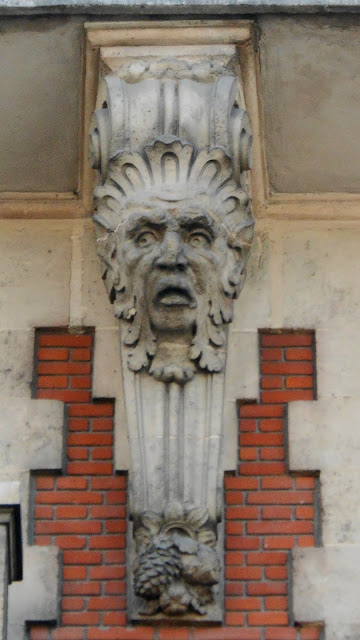 All situations are in a continual process of change. What appears to be acquired is only so on borrowed time; what we think we possess is merely on loan - it's just that we don't realise that; at some point, we may well have to give up what we believe is 'ours'. Possessions and people can't really belong to us - we are just custodians, guardians or simply companions for a given time whose length is not necessarily established at any given moment. Despite our instinctive drive to settle, stabilize or seize, nothing can be truly immobilized and kept tight. It's all so obvious, but I all so obviously forgot, yet again, to my dismay. 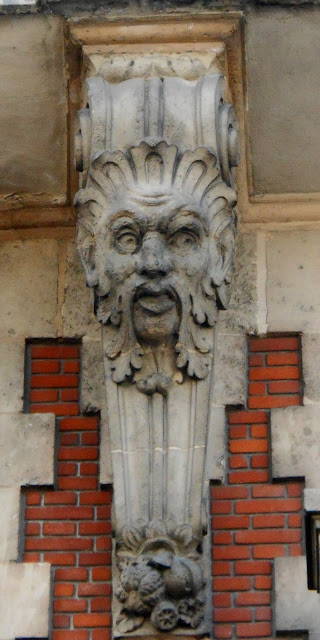 Above all, things cannot stay as they are without some form of update or overhaul, and this is the way it should be since that is how Nature operates. No aspect of life is ever truly stationary, even if we try to persuade ourselves of the contrary. At 'best', there will be a cyclical movement, but there will always be some kind of modification that may destablize us, programmed as we are to hold onto an illusion of some static reality or other. That seems to be our most natural, instinctive response and yet perhaps a more 'Natural' reaction would be to let go, in certain circumstances at least, releasing our grip so that events may take their natural course. I do try to believe that left to their natural devices, some things will veer towards a new, appropriate balance, righting themselves as they find the right course, even though that direction may initially seem wrong to us. 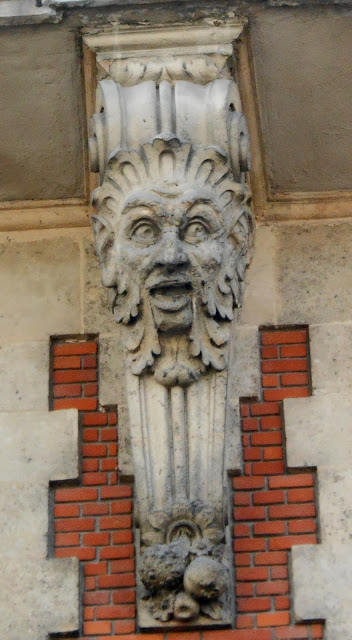 Nature's instinct is towards survival and the perpetuation of what is, hopefully, positive, in one way or another. By extension, I force myself to consider that some of the difficulties naturally encountered in life may serve to help us appraise our own situation and selves and lead us to evolve somehow. Perhaps certain moments of uncertainty and or upheaval should be viewed as challenging opportunites to be treated with a little more curiosity and rather less apprehension.  Well, that's the theory, at least, but one that is indeed a challenge in itself... I am trying to learn from all these moments right now, and to concentrate on the solutions or adaptations to make, instead of the issue itself. Well, trying to do so... I do think it will be a long time before I get to the stage when I face life changes with an expression of wonder and welcoming. 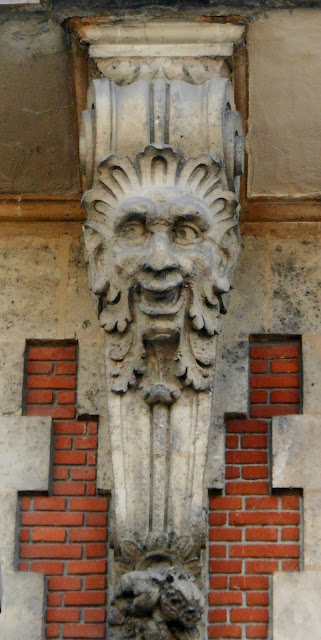 So onto another subject, but linked by Nature....

Indeed, sometimes, there can be a little too much of Nature and its processes. In this case, it concerns the surviving and thriving of certain living forms. I noticed some unassuming, dull-black beetles on my balcony a few weeks ago, trundling around, aimably and aimlessly, or so it seemed. I remarked to myself that Nature was indeed remarkable since these humble creatures had somehow made their way up to a fifth-floor flat and appeared to have settled in. Encounters with spiders or any other common-or-garden 'creepy-crawly' have never induced panic in me or any type of hysterical response and I once even happily got up close and personal with a sizeable stag beetle with very impressive 'antlers' to show the children... So I just left these homely settlers to get on with their business, whatever that was. Unfortunately, it didn't take long for me to work out what that business actually was. 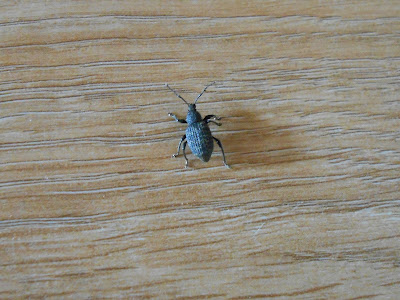 The extensive ivy-filled 'trough' plant container that runs the length of the façade of my flat has indeed become a feeding trough for these beetles that have an appetite that their modest size belies. They have proved to be voracious grazers who have turned their attentions from the now ragged, tattered ivy leaves to any foliage they may come across. Although these greedy guests do not possess wings, they are formidable walkers, brazenly wandering in front of me, without the slightest qualm. They will, however, play dead if they are dislodged and will promptly fall to the ground, beached on their backs in a state of rigor mortis. Do not be fooled by their histrionics; they make a full recovery if swift action is not taken. A quick Google of the question "What is eating my ivy?" soon revealed the identity of my not-so-friendly fellow gardener. The adult Vine Weevil assumes the beetle form that I have now become fully acquainted with, and yet its marauding life style is nothing compared to that of its youthful, larval self. These larvae will happily grow from the hundreds of eggs that each hermaphroditic female lays in soil, and then proceed to feed on a plant's entire root system as they develop slowly but surely, or simply overwinter in order to give your garden the ultimate spring-clean. I have looked at the ways of parting company with this unwanted companion, but this makes for depressing reading.

These beetles truly are stream-lined examples of Nature's ability to adapt and thrive. I do not like the French 'Agent Orange' approach to recalcitrant garden pests, but even I have been obliged to arm myself with pesticides that nevertheless offer little hope of eradicating the evil weevil. The only immediate solution I have at hand, is indeed my rubber-gloved hands, with which I unceremonioulsy get to grips with the enemy. As the beetles are nocturnal-gnawers, emerging as the sun sets, ready to wreak havoc, I duly make incursions into the occupied territory at regular intervals during the night. I initially tried to be fauna-friendly, by simply throwing them over the balcony to give them a fair chance, but in view of their horrifying numbers and great climbing ability I soon recalled that "All is fair in Love and War" and resorted to more basic forms of beetle-bashing. And yes, they do make a rather satisfying crunchy noise when squashed, and practice does indeed make perfect.

During my ten-day Coleoptera cull, I heard about a natural solution to this problem, namely the use of nematodes but it might be a little late for that now, as I have nuked the soil with all those noxious chemicals. So now I am waiting to see what is going to emerge. As the larvae are truly hideous, Alien-like creatures (ie. of maggot form with a cluster of arm-like appendages), I do not wish to probe into the plant containers, with or without rubber gloves. 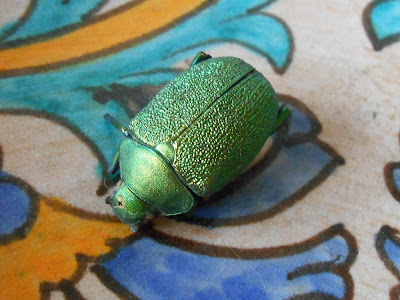 Perhaps if the vine beetle had been more attractive, I would have been a little more tolerant. Well, probably not, but I certainly would have kept their shells.


Opposite is all that remains of a beautiful beetle necklace that I brought back from Ecuador years ago, and would have still treasured today, had larvae of the furniture carpet beetle not infested it, duly devouring parts of it, as they do with anything containing keratin or other forms of animal protein. Moths are usually blamed for the damage of felt, woollen clothing and the like, but in fact the culprit is none other than this larva that goes under the somewhat inappropriate title of 'woolly bear'!

The beauty of beetle shells or wings - the 'elytra' - has long been recognized and drawn upon, but no more so than with the amazing beetle-wing dress worn by the actress Ellen Terry for her performance as Lady Macbeth on a London stage in 1888. The vision of this dress inspired the American artist John Singer Sargent to paint the portrait of the actress in dramatic stance, wearing, of course, the infamous, irridescent gown.

Daylight is now fading, so I shall have to prepare myself for another hunting session on the balcony battlefield. Actually the whole insect incident has momentarily kept my mind off those other matters which have emerged, unexpected and unwanted, and are rather more troublesome than pest-ridden plants... 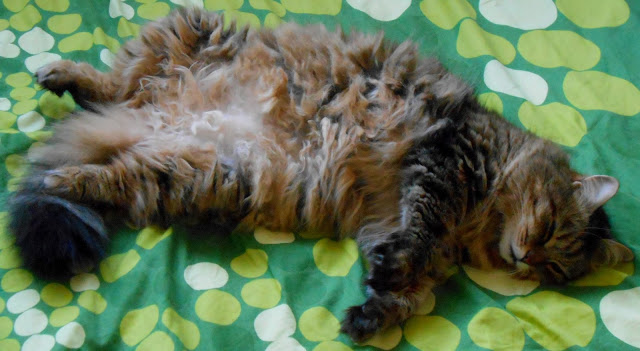 Cats certainly know a thing or two about dealing with any kind of irksome issue - simply finding the optimal position, radiating a form of contentment that we can only dream of, all the while keeping a nonchalant gaze on the world going by... 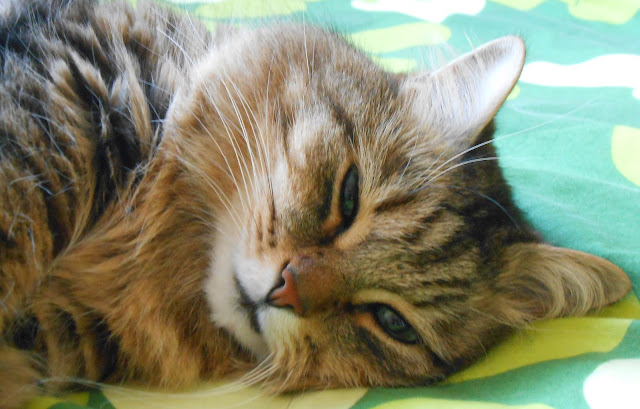