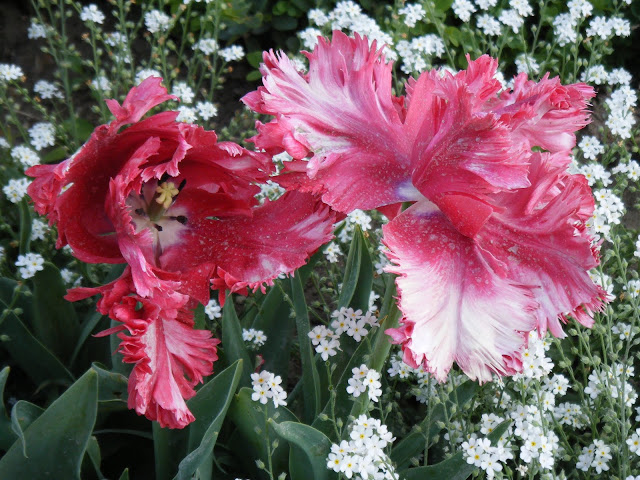 The ornamental park has finally opened again after the long winter/early spring period so I decided to go and admire, amongst other things, the tulips. 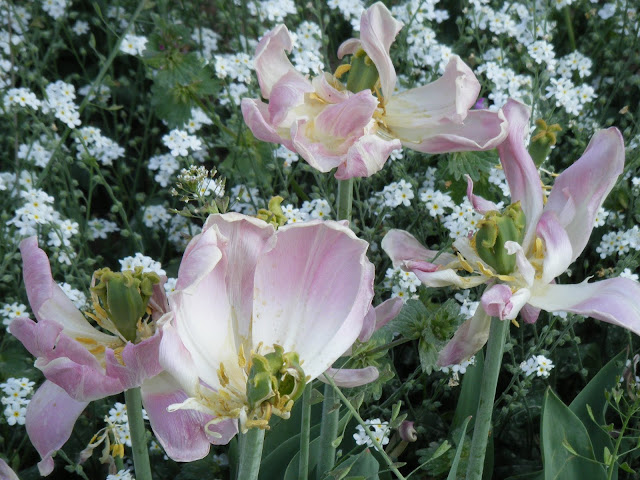 However I soon realized that I was a little late, since most of these were fully blown, tattered and twisted but I thought that their weird forms and tainted colours gave them a second beauty after the first exuberance that I had missed. So perhaps beauty isn't that transcient after all! 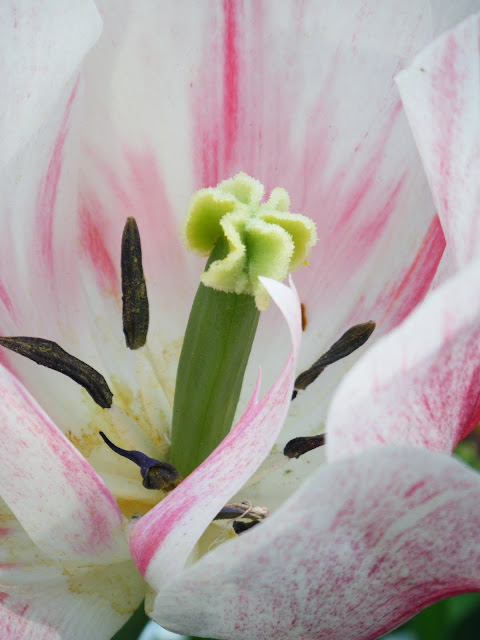 The tulip, national emblem of Holland, was used in the 17th century Dutch still life paintings (stilleven) as one of the symbols of ephemeral beauty and pleasure, and the transcience of man's time on Earth.

As artists could no longer use religious images in their work following their ban by the Dutch Reformist Protestant church they turned to indirect religious and allegorical symbolism. 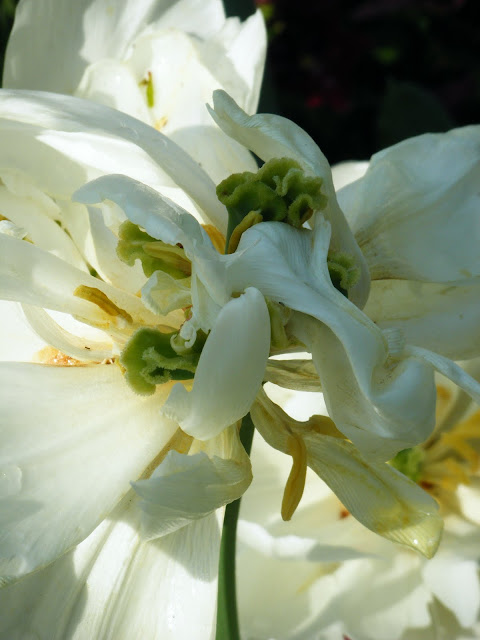 There was already an established tendancy towards realism and the use of symbols, so this could also be seen as a further development of this tradition. Reflection on morality and mortality was central in much art, especially in a country benefitting from a great influx of wealth brought by the trade routes, yet still ravaged by devastating outbreaks of the Bubonic plague.

Indeed, the Netherlands witnessed a great increase in the number of wealthy merchants and a growing bourgeois element in the population, all aspiring to develop and, more importantly, demonstrate this wealth and new social status. It could even be said that the Dutch were the first members of the consumer society. Such middle-class patrons soon replaced the church and state in commissioning works of art that would serve to leave their trace on the world around them "Ars long, vita brevis" (Art lasts long, life is brief). 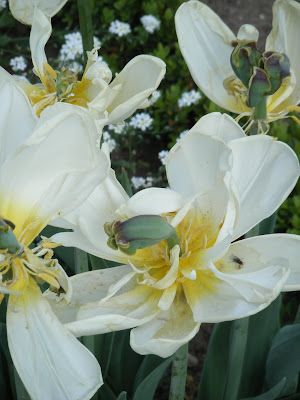 The Vanitas were an essential part of this aesthetic trend. Vanitas - meaning emptiness in latin - referred to the futility and transcience of life and the vanity of man's attempt to escape this. Memento mori - reminders of mortality and death abound in such paintings, hence the recurrent skulls, hourglasses and watches to measure time, burnt-down candles, bubbles ready to burst, full-blown, fading flowers and rotting fruit. These symbols underlined the brevity of existence and man's need for morality in order to face the Last Judgement. 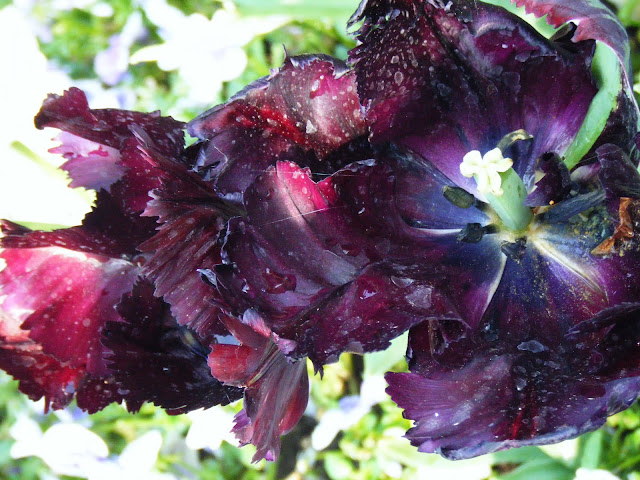 Representations of nature were common and reflected an ever-growing interest for the discoveries made in the New World and Asia, wherein the collection and classification of botanical specimens played a significant role. It was the tulip itself that played an even more vital role in the history of the Netherlands and directly symbolized all the themes of the vanitas, and above all the weakness of man. 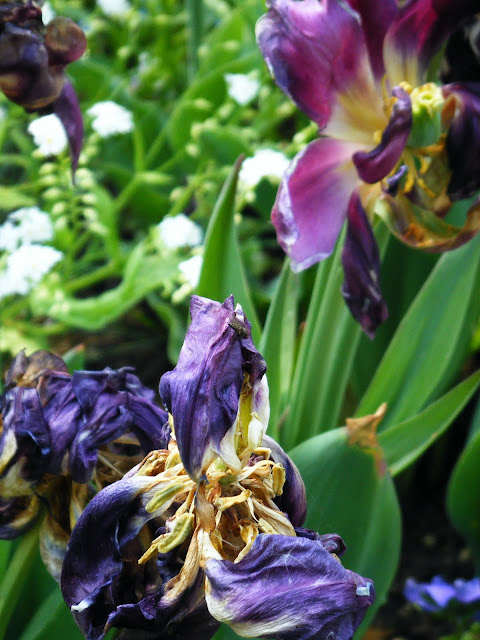 Although not actually native to the Low Countries, the tulip was introduced there from Turkey where it was cultivated in the sultans' palaces, having initially been a wildflower in Persia. Legend has it that a young Persian man, Ferhad, died from his unrequited love for the beautiful Shirin, and as his tears fell and hit the ground they transformed into the flower.


The Ottoman tulip, known as a lily to the Turks, was later called the tulipan, owing this name to tulbend, meaning 'turban' as it was considered to be shaped like the head dress.
These first tulips had rather pointed petals, whereas the European varieties would bear rounded forms, the perfect outline said to be upright, with the flower head shaped like a wine goblet. 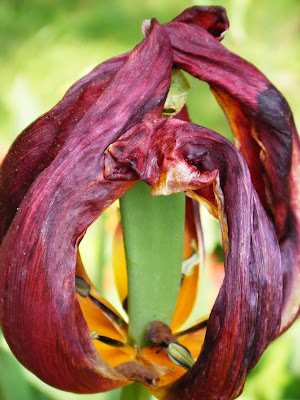 It was the great variation in shape, colour uniformity, patterns and petal formation and the unbridled desire to seek ever-greater originality that was to drive individuals to the height of folly and the country, as a whole, to financial ruin. 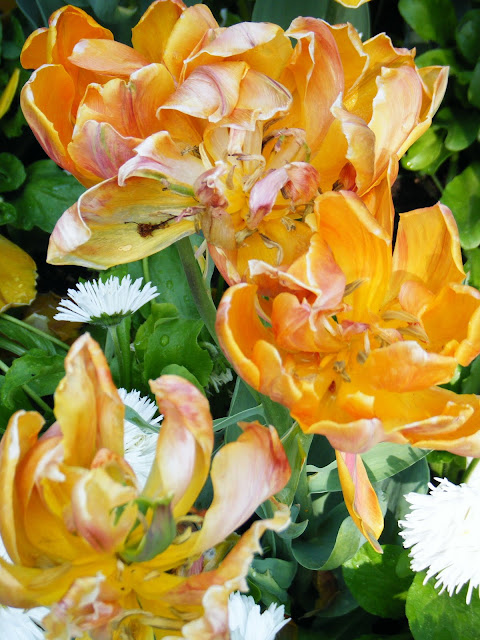 The Dutch botanist Carolus Clusius brought back the first specimens to the Netherlands and went on to classify and cultivate new types of tulip. As a rarety, it was a much-coveted status symbol in the 1570's but cheaper varieties enabled the middle classes to start collecting and  thus tulip mania was born.
Due to a disease transmitted by aphids, a tulip bulb would develop streaks and alterations in colour, leading to highly unusual flowers. Buyers and sellers entered into a flambuoyant game of speculation, gambling fortunes in  the hope of obtaining a single bulb that would 'break' (develop a break, or change in its colouration) in a unique manner. 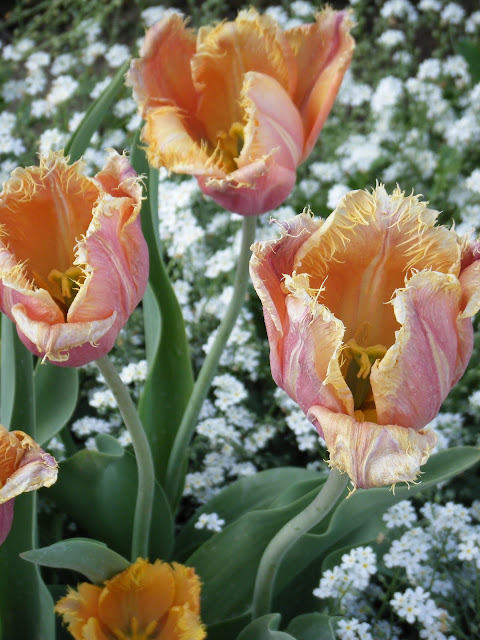 Markets developed as bulbs were fought over at auction so that paper fortunes would be made or lost in a dangerous game that seemed to draw everybody in. No one was immune to tulip fever... 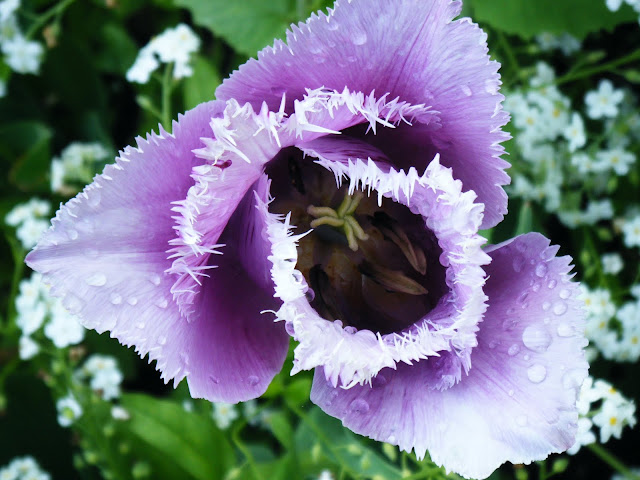 The Semper Augustus tulip was the most expensive - one single bulb was worth as much as a large house with garden. Naturally, as demand was higher than offer, there were fewer bulbs than could be traded so future contracts were sold for bulbs still being cultivated. Prices rose frenetically, as increasing numbers of Dutch people invested, but the bubble finally burst when a sudden glut in bulb supplies caused values to plummet. In the space of two days, the prices fell to only 10°/° of their former worth. Thousands of people went bankrupt overnight in 1637, with Haarlem being particularly affected since it was at the centre of the flower trade. Finally the government intervened and imposed laws to control the cultivation and sale of the tulip...
There are hundreds of hybridized tulips today, but my favourite variety has got to be the Parrot tulip, with its tortured, gnarled petals and beautiful colours. Although I was too late for photos this year, I ought to buy a few bulbs for next year.