The Secret Garden - Under the Ivy.... 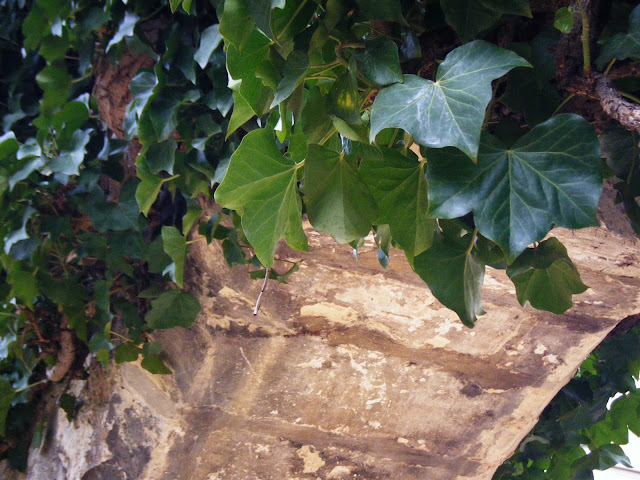 Over the Christmas period we had the chance to watch the 1993 film version of Frances Hodgson Burnett's children's book,The Secret Garden. This film, directed by  Agnieszka Holland, recreates the drama and magic of the book written at the beginning of the last century. 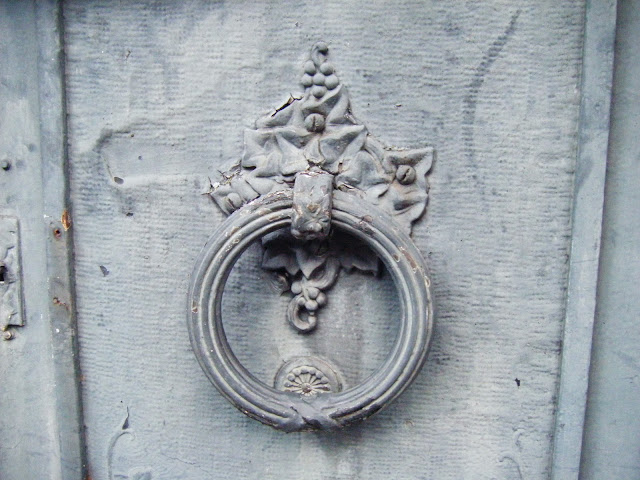 The young orphaned Mary Lennox is sent back to England from India following her parents' death from cholera. In the vast, austere Misselthwaite Manor Mary must spend her time, alone apart from the domestic staff who largely try to adhere to the Victorian tenet that children should be seen but not heard. All the more so since they do not want their young charge to realise that the manor is occupied by the 'invalid' son of the lord of the Manor, Mr Craven. 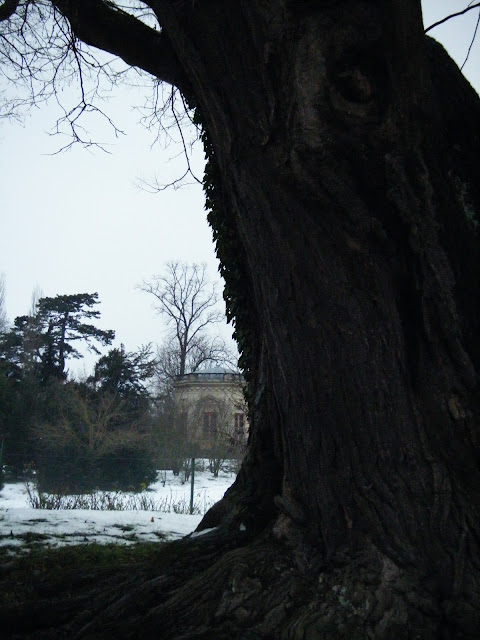 Banished to a room, leading a bed-ridden existence, the 'invalid' Colin has been neglected by his reclusive father following the accidental death of the child's mother. Father cannot bear to look at son due to a painful resemblance to his late wife.

Over the howling wind that seems to inhabit and haunt the cold corridors and empty rooms Mary hears the eerie cries of the child who, unlike her, can be heard but not seen! 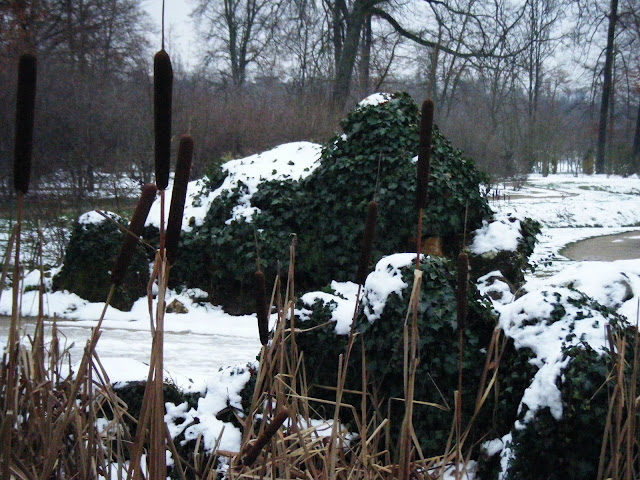 From the initial solemn, self-centred and tantrum-prone infant we first encounter, Mary grows and reaches out to the life around her, largely thanks to her discovery and tending of the hidden walled garden.
Gradually befriending all around her, animal and humans alike, Mary blossoms, and in turn is to lead Colin from the cold, dark sterility of the house to the bright exuberance and vitality of the overgrown garden - a terrestrial paradise and haven of peace. The lost key to open the doors of forgotten gardens and neglected feelings has been found in and through the nature around them.
The barren winter grounds give way to the garden's vegetation luxuriating and flowers' blooming as the seasons change in the magical cycle of life. Finally, father and son are reunited (well, it is a childrens' book, after all!), the healthy course of life and nature is resumed, no longer hampered and stiffled by convention and thwarted emotions. Despite this Happy Ending, the tone of novel and this film alike tries to remain fairly sober, and largely manages to avoid cloying sentimentality and moralising. 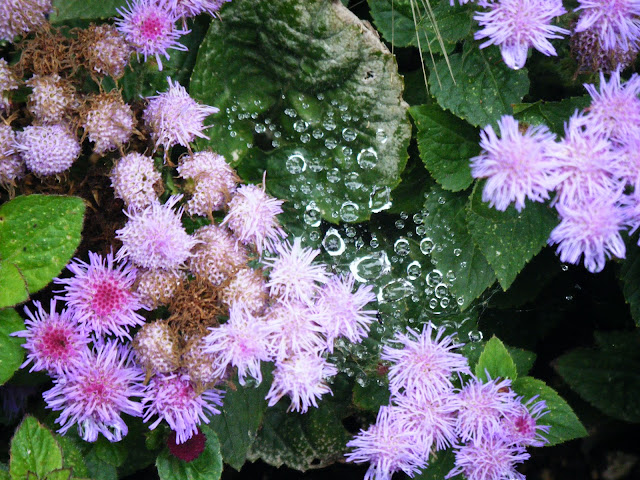 The film's haunting score is by the Polish composer Zbigniew Preisner (who also composed for the Three Colours triology of Krzysztof  Kieslowski). Just click on the link below to hear an extrait of The Secret Garden's soundtrack...
http://www.youtube.com/watch?v=6Gsf26CO42I 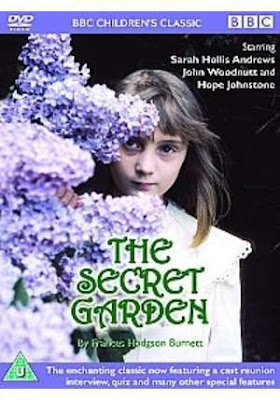 However, as much as we all enjoyed the film, I couldn't help thinking of the BBC dramatisation of the book that came out in 1975. I was still at primary school when the series came out, and I had such vivid memories of it that the 1993 film just did not seem to recreate the same atmosphere.... However, I was able to put that theory to the test as I had the great luck to come across extracts of the BBC series, apparently taken from an exisiting DVD of BBC childrens' classics.
Even better, someone has had the great idea of associating images of the dramatisation with one of my favourite songs, Under the Ivy by Kate Bush. Click below for some atmospheric acting from the young actress, Sarah Hollis Andrews, set to haunting music.... With her pale looks, initial aura of loneliness and her immaculate English accent she seems to incarnate Mary, Mary, quite contrary...
http://www.youtube.com/watch?v=geXsE3s1JDU

In fact, over the years there have been several film versions of The Secret Garden - perhaps the most famous of these being that of 1949 starring Margeret O'Brien. Mary's American accent seemed to grate a little, but the magic of the secret garden was brought to life in this black and white film by the use of Technicolor for the garden scenes (in the same manner that it was used in The Wizard of Oz). There was even a sequel to the 1993 film, Back to the Secret Garden (2001) which was greeted with very mixed reviews...Not without reason, perhaps... 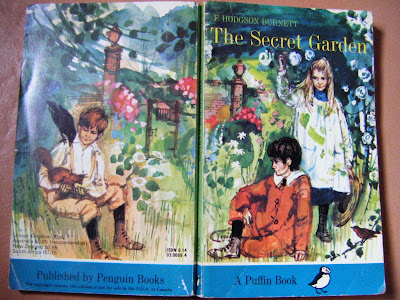 So, my final verdict was that the BBC series was the best adaptation of the book in terms of atmosphere and earnestness, and excellent acting from Sarah Hollis Andrews. However, this being a 70's series, presumably on a rather modest budget, it naturally did not have the opulence of the sets and props that the1993 film benefitted from, and of course the drama has a different impact in terms of immediacy due to the fact that a series is simply so much longer than a film.


Once established and duly recognised in her art Frances Hodgson Burnett (1849-1924) enjoyed a reputation somewhat similar to that of J.K Rowling today. Even if The Secret Garden did not meet the same success in her lifetime as her other books, Burnett had already reached fame for her Little Lord Fauntleroy (1885) and The Little Princess (I loved the BBC adaptation of that too!). Readers awaited the latest magazine installment of the Little Lord Fauntleroy whilst Fauntleroy fashion and associated merchandise was bought up, just as Potter paraphernalia is now. 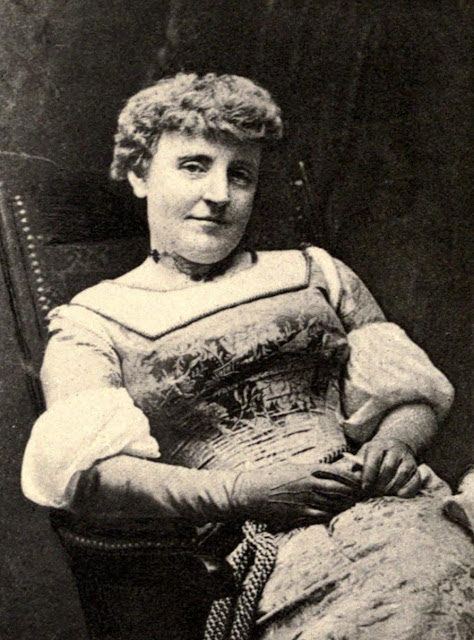 Again, rather like the life of J.K Rowling, that of Burnett was also a rags-to-riches story, worthy of a film itself. Born in Manchester in the mid 19th century, Burnett and her family were to experience great financial hardship after the death of the head of the household, Burnett's father. As the widow tried to take the reins of the family business Frances was cared for by her grandmother who developed and encouragaed the girl's interest in book and nature. This influence was to continue when the family moved in with relatives living in a house with a large enclosed garden, and was to exert itself on Frances all her life, as her written work testified. Finally, however, the family were obliged to move to Salford.

There the family were to live in an environment whose conditions of poverty and overcrowding were said to be indescribable and were a very far cry from the flowers and greenery of the gardens that the young Frances particularly appreciated. When the cotton industry economy crashed due to the American Civil war the family decided to cut their losses and try their fortune in America, by joining Frances' brother in Knoxville, Tennessee. The outcome of this move was not what the family had planned, for they again lived in impoverished conditions. However it was here that Frances was to encounter the Burnett family, and to befriend the crippled Swan Burnett who she was to marry in 1872. At this early period of her life, still in her late teens, Frances also started to earn her living through her writing of stories for magazines in order to escape poverty and she was to describe herself as a 'pen-driving machine'. 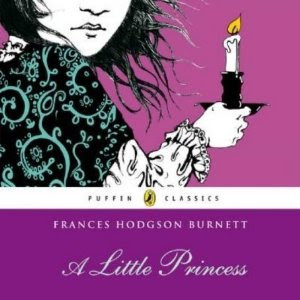 Such was her success as a writer, that Frances was able to return to England for an extended trip, followed by a visit to Paris where she agreed  to marry Swan Burnett. Throughout her life Frances was to spend her time between Europe, particularly England, and the United States.Nevertheless the marriage was not to be a wholly happy one.When the eldest of the two sons developed tuberculosis Frances devoted her energy to finding a cure but none was to be found and he died in 1890, leaving his mother overcome by depression. The marriage broke down and Swan left the family home amid criticism from the press suggesting that the breakdown was largely due to the fact that his writer-wife was a 'new woman' with misplaced ideas of where the duties of a spouse lay and misled by new-fangled concepts of the rights of women. Even if only by her lifestyle and life choices and not through conviction Frances could be considered to be a feminist. She certainly did not rely on a man to keep her, and appears to have made her own decisions, without being oppressed or over-influenced by the men in her life, or over-concerned by the opinion of people in general. She sought and enjoyed a lavish lifestyle - seeking the glittering social life of literary salons, and often filling her own homes with guests. She appreciated rich clothing and encountered her first major disappointment with her future husband when his refusal to postpone their wedding date prevented her from wearing the lavish bridal gown she had ordered.

When Frances took up with an actor ten years her junior she met disapproval, and even when she married Stephen Townsend in 1890 he was disparagingly referred to as her 'secretary'. This second marriage did not last and after a year ended in divorce. Frances' literary success met no such failure, however, and her wealth enabled her to realise her dream - that of living in a beautiful manor surrounded by magnificent gardens.﻿﻿
It was at Maytham Hall in Kent that Frances drew inspiration for many works when she lived there from the mid 1890's. The most notable of these works was, of course, The Secret Garden, where the hall's walled gardens and roseraies were given another life within the storyline and also through the written medium itself, enabling the writer to develop therein her own spiritual vision of the world and life. 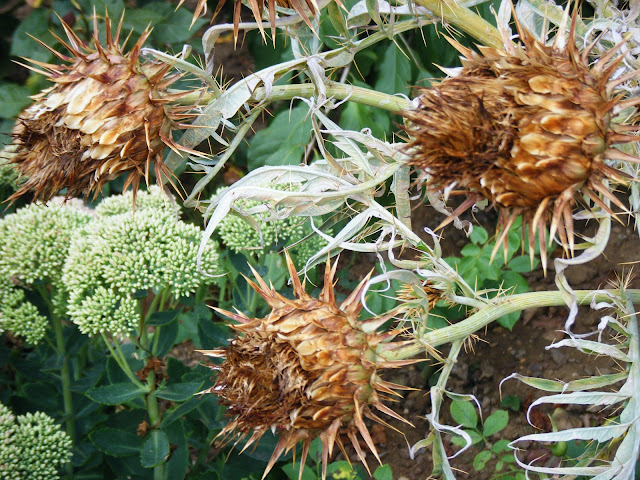 This process of resurrection was replicated in the real life of Maytham Hall and its magnificent grounds since it was requistioned by the army during the Second World War and its gardens were used to grow vegetables in the 'Dig for Victory' campaign. 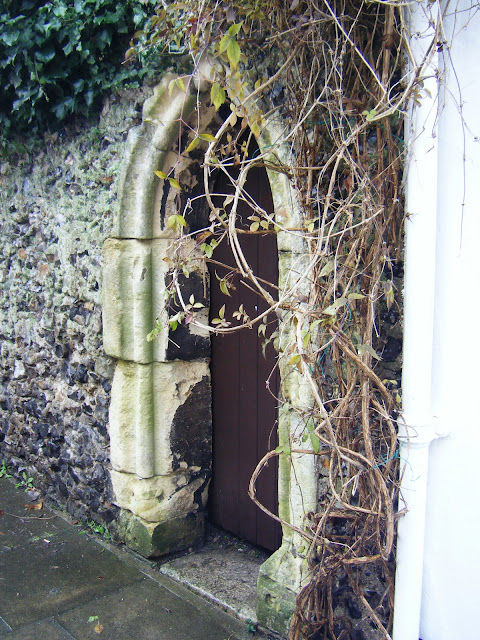 Having spent the last stage of her life in Long Island on her death the writer was buried in a cemetery said to resemble a botanical garden. Several years later a fountain was placed in Central Park to commemorate the life and work of Frances Hodgson Burnett. 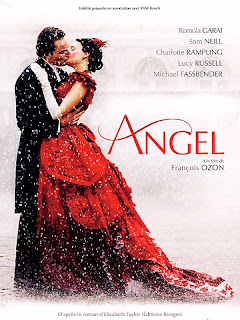 I think some of the determination and spirit  that Frances Hodgson Burnett demonstrated are reflected in the character of the eponymous book Angel, by Elizabeth Taylor (the inspiration of François Ozon's film with Romola Garai). Nevertheless, I still wish someone would make a film....

Email ThisBlogThis!Share to TwitterShare to FacebookShare to Pinterest
Labels: Literature, The Secret Garden