Over the summer I tried looking out for different forms of sculpted lion and the variation in artistic interpretation and media was fantastic!

I have seen lions represented on door knockers, capitals of columns, facades, fountains and of course numerous sculptures.

Some have demonstrated their majestic force or have been ferocious in their feral nature... 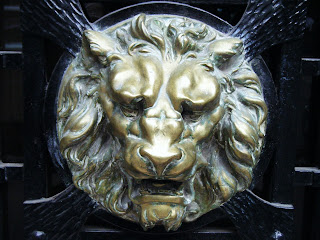 These are ones that nightmares are made of....

Others regal and dignified, ever watchful...

Some appeared rather sheepish... 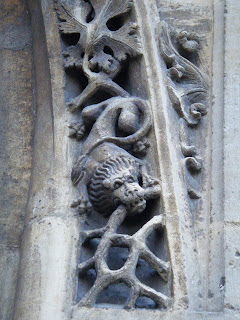 Others appeared astounded or angered...

Some seemed very subdued - symbols of power, tamed and docile! 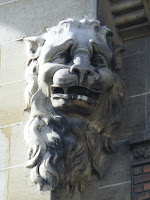 Some seemed to have almost human features with Baroque flowing locks rather than a lionesque mane... 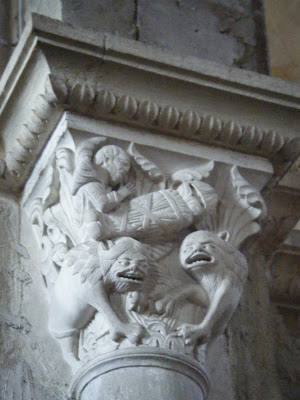 
Needless to say, the lion has always fascinated man - throughout the ages the king of the beasts has been a creature of legend, symbolizing royalty, stateliness and noble bravery.

Associated with the notion of protection and linked to the image of loyal guardian the lion appears in many forms. As a sphinx, half-human, half-lioness it looks over the pharaohs, while as Bastet, the ever-watchful goddess of the rising sun it guards the dead. Much later in Medieval times the lion continued this vital role as it protected the entombed knights by lying at their feet (incidentally, dogs symbolizing loyalty slept at the feet of the knights' wives, and unicorns at the feet of virgins!).


The lion was indeed believed to sleep with its eyes open, and so could therefore keep guard over those who had entered the realm of eternal sleep. In addition to this, it was said to be doted with the power of ressurection since it allegedly re-animated lifeless lion cubs.

In mythology and the Bible the lion was used to reflect the superiority of deity. When man was bestowed with the divine power he could overcome the king of all the animals, as was the case of Hercules, whose strength was shown through the slaying of the Nemean lion.

The lion was one of the four sacred winged animals of the Bible and is specifically associated with the Evangelist Mark, reflecting energy and undaunted courage. Indeed, the Greek lions of the Arsenal in Venice symbolize St Mark, the patron saint of la  Serenissima. In Christianity the lion would frequently be used to portray Jesus, assuming a Messianic figure. 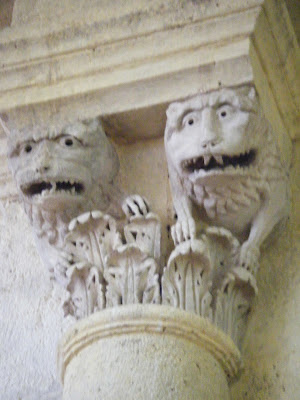 In the Middle Ages the lion was a principal element of heraldry, depicted in many significant positions including; rampant (raised up on back legs, ready to attack); passant (with forepaw raised); sejant (sitting on haunches); couchant (lying down, yet awake).

Despite the great symbolism of the lion, few Europeans had actually seen the real creature and for many people this was simply a legendary beast, much like the dragon or gryffin. 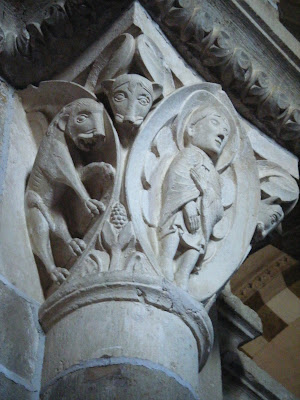 The realism of the lion's portrayal suffered somewhat as artists tried to improvise - using artistic licence - namely their imagination! These must be my favourite lion representations... Nevertheless, over time lions would be seen in Medieval bestiaries and royal menageries.

When the greatest sculpteur animalier of 19th century France, Antoine-Louis Bayre (1795-1875) created his greatest pieces he had already studied big cats in the zoo at the Jardin des Plantes, alongside the Romantic painter Eugène Delacroix.

The realism of Bayre's work was such that when Le Lion au Serpent, commissiond by King Louis Philippe, appeared in the Jardin des Tuileries it was met with much indignation since it was felt that the gardens were "being taken for a menagerie". 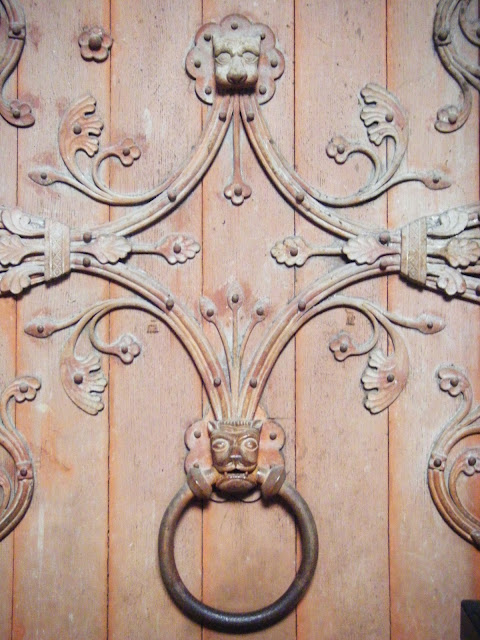 Maybe you can have just too much realism. While the animal essence and force is present in the work of the great animaliers, the artist himself is waylaid and seems to disappear behind his work. I would love to see the craftmen who created the naïve beauty of the lion on this cathedral door.
Posted by Beach-Combing Magpie at Friday, September 10, 2010