I realised the other day that I am starting to look around me less and less, as I scurry about, stressing over my latest rat-race issue and the most recent first-world problem. The proof of this was my suddenly noticing a Levalet collage piece that is already battered and torn, so by no means a 'recent' addition to the urban landscape of Reims city centre, and yet I must have passed it many times already, without even realising. As it is pasted onto the walls of a grotty underpass that I drive through at a certain speed in the rush hour, that could be excused to a degree. 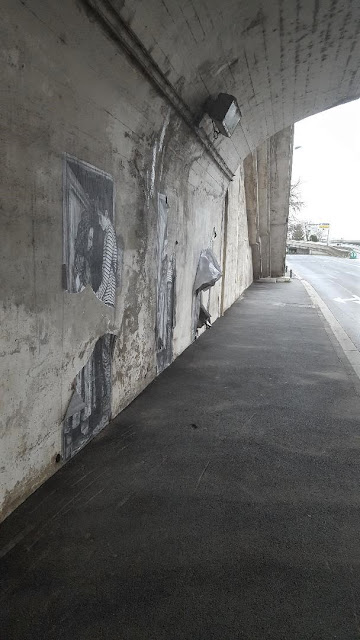 Having finally caught sight of the peeling, tattered remains of this sequence of collages during a drive home in the impressive gusts of wind from Storm Ciara, I went out to investigate, on foot... 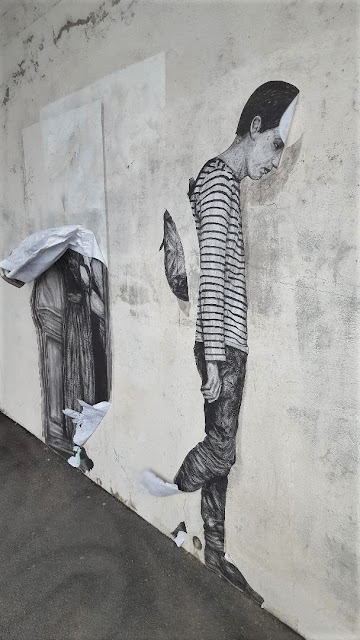 I think the collage illustrated the separation of a couple, in view of the expression on the faces of the protagonists. Unfortunately, I couldn't lift the other poster as the wind was buffeting it, me and the camera. The final gloomy image is the boy, heading off, head down...
Searching for further information, I discovered that in fact there had initially been seven posters in this sequence and that the whole scene had only been posted up at the beginning for the year. I don't know if the missing posters were removed by admirers or taken by speculators as Levalet currently has art on show in Paris and is earning ever-greater acclaim. 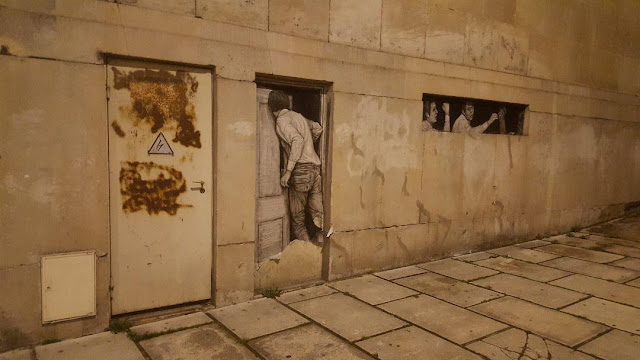 I have just become aware of another work (above) - Tourner en rond - that has also passed me by, as I travel home on the evening bus. I decided to walk back last night to track it down... 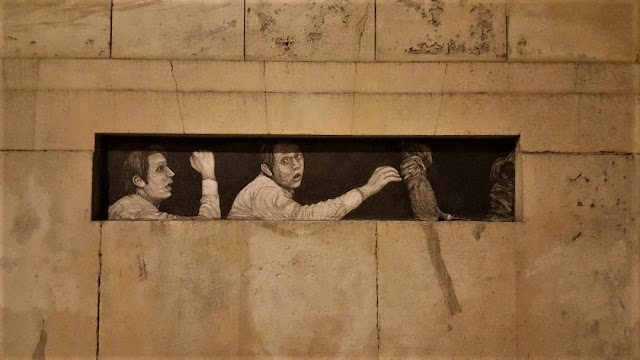 Unfortunately a number of parts are missing from this piece too so that it is difficult to grasp what is actually going on from the remaining images. However, this work initially featured the same individual going through the (trompe l'oeil) door, entering the wall cavity and then sliding out again from the blockhouse window, to resume his circular trip in an ad infinitum movement worthy of M;C Escher. 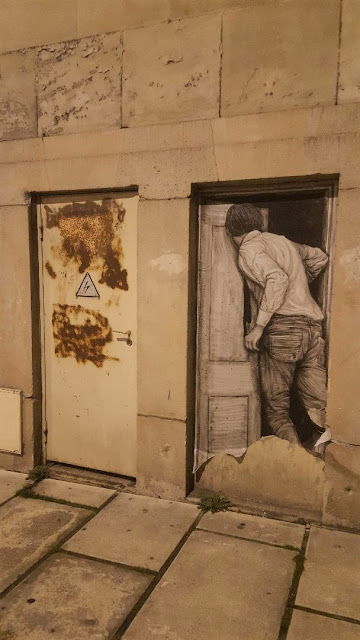 It is stuck onto the once-futuristic exterior walls of my daughter's old secondary school. In view of the sheer volume of young teenagers tramping past everyday, I would say that it has fared quite well, all things considered.
As a result of my regret at having missed out on so much, I have resolved to start looking up and around me again. This really has been a heads-up in every sense! 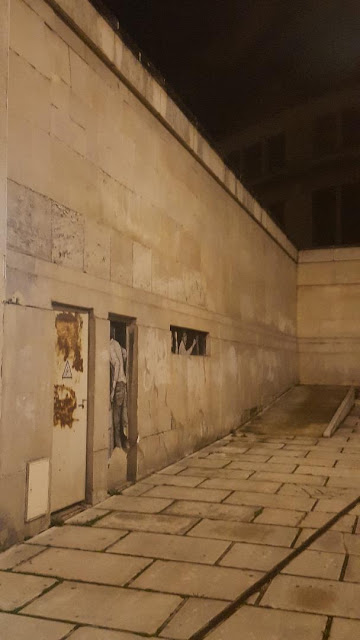