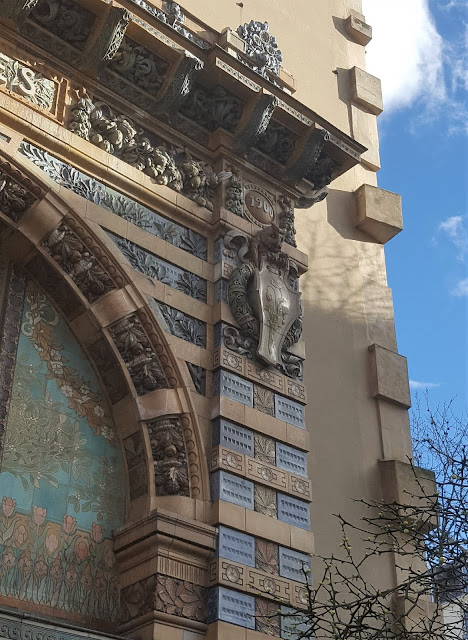 Along the impressive Boulevard Saint-Germain in the 6th arrondissement, stands an almost imperceptible vestige from the Parisian Belle Epoque. Indeed, as throngs of tourists and Parisiens alike stroll or scuttle in the Haussmannian landscape of the Rive Gauche, few may notice the beautiful ceramic plaque on the flank of a building that closes the discreet little Square Félix Desruelles, just next to the Eglise Saint-Germain. 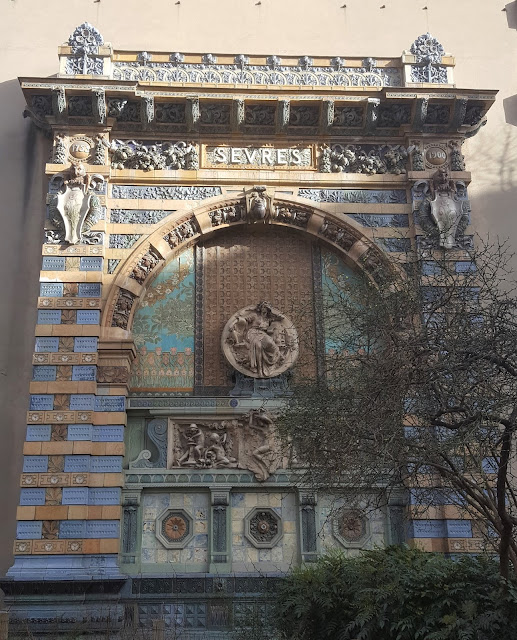 St-Germain-des-Prés is not only thought to represent quintessential Parisian chic, with its luxury boutiques and restaurants but also to reflect the traditional literary and intellectual core of the city. Indeed, the famous cafés of Les Deux Magots, Brasserie Lipp, Café de Flore and Café Bonaparte are renowned as the former gathering points for great intellects, writers and artists such as Jean-Paul Sartre, Simone de Beauvoir, Man Ray, Picasso, Léo Ferré or Georges Brassens from the 1920s. However the monumental Porte de Sèvres dates back to a moment in history when the whole world turned to the City of Light to observe its shining examples of modernity and audacity, promising an bright, illustrious future. Held in 1900, the Exposition Universelle de Paris was the fifth and last of its kind in the capital, following those of 1855, 1867, 1878 and 1889. It drew visitors in their droves over the months between its opening in April and closure in November. The first World Fair – the 1851 Great Exhibition of Crystal Palace, London – enticed a meagre 6 million visitors whilst the Exposition Universelle of 1900 announced over 50 million. 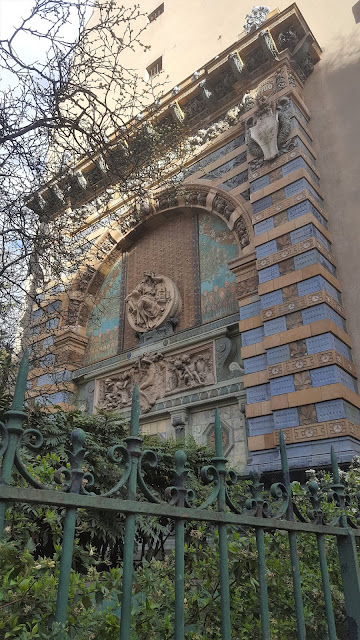 It is difficult to imagine how this vast, dazzling display must have appeared to a public, little accustomed to such sights. Immense pavillions and palaces were constructed in the very heart of the city, representing different nations, inventions and technologies. The sheer scale of the exposition and the scope of the other worlds and realities exhibited must have been incomprehensible to the average visitor. I wonder what they could have thought of the Palais de l’Electricité, with its spectacular arrays of sparks or the incredible moving pavement – ‘La rue de l’avenir’ ?


In our digitally-enhanced, device-enabled, over-stimulated universe, we would find it hard not to be underwhelmed, assuming that we had been able to lift our eyes from the 'precious' smartphones we clutch, Gollum-style, in the first place...


And yet in the Belle Epoque, the exposition would have been a breath-taking experience – an incredible assault to the senses and imagination.‘Projected motion pictures’ had been developed by the Lumière brothers in the very last years of the 19th century and were simply light years away from the cinema films that would later stun audiences with their images of the future. 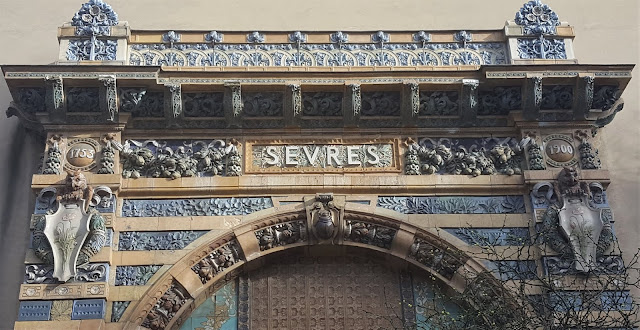 Most of the immense edifices constructed for the Exposition were not built to last, yet that made them no less impressive and it should be remembered that the Eiffel Tower, erected for the 1889 Exposition, was in fact only intended as a ‘temporary’ feature ! Many buildings were largely stuccoed façades, of which nothing or little remains today. Nevertheless, the towering Porte Monumentale that welcomed the visitors and the huge globe-shaped planetarium – the Globe Céleste were no less incredible to behold. Other constructions, however, are still very much part of the Parisian landscape and skyline today – the Grand Palais and the Petit Palais for example, along with the Alexandre III bridge. Below ground, the first Metro lines were inaugurated with great pride to coincide with the Olympic Games – transporting visitors from the Porte de Vincennes to the Porte Maillot. The prowess of France’s production and arts were likewise showcased in the Pavillon des Manufactures Françaises on the Esplanade des Invalides. 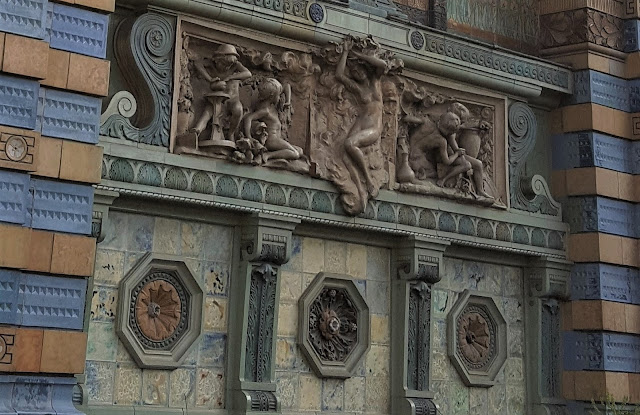 The merging of industry and craftsmanship with new materials and innovative usage was particularly exciting and the ceramic work of the Manufacture de Sèvres met much acclaim. Indeed, its organic, plant-like forms and unusual colours were very much  in l’air du temps and adorned buildings and monuments alike. The date 1753 figures on the porte ceramique in the Square Félix Desruelles – referring to the year that the porcelain production had become Manufacture Royale, shortly before the site was transferred from Vincennes to Sèvres in 1756. Indeed, from 1740 the porcelain had received support from Louis XV and Madame de Pompadour and the emblematic Sèvres coulours became synonymous with crown and court ; rose Pompadour, vert Vincennes, bleu de Sèvres, jaune de Naples, bleu Céleste. 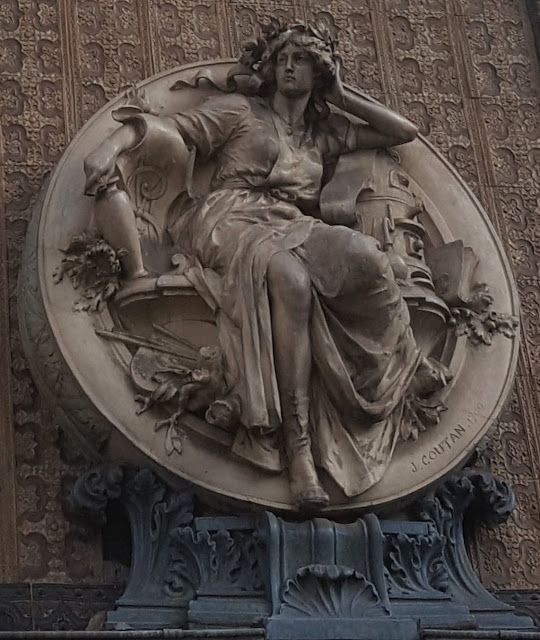 By 1900, the work of the Manufacture de Sèvres was far more accessible and targeted a diverse clientele - Le jeu de l'écharpe by Agathon Léonard, for example met great success at the exposition. The porte monumentale de Sèvres originally decorated the entrance to the Pavillon des Manufactures Françaises and is its last remaining trace, having become the property of the city of Paris in 1901 and transferred to its present position in 1905. It was designed in enamelled stoneware by the architect Charles Risler and sculpted by Jules Coutan, and bears a large arch-shaped panel supported by columns, decorated with flowing Art Nouveau forms of plants, fruit and flowers. In the centre part is a woman representing the art of pottery-making, and again at the top a haut-relief depicts the art of ceramics. Towards the bottom is an owl – enigmatic figure of wisdom or learning. 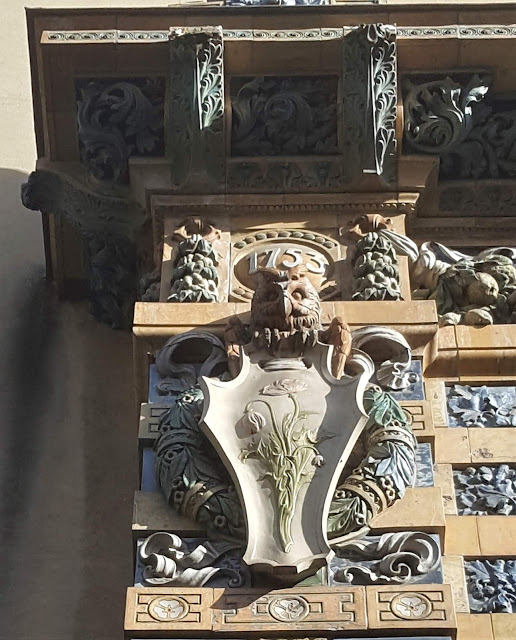 This aesthetic movement became the symbolic expression of the Belle Epoque. In Paris, Hector Guimard’s strange, curving, fluid forms are integral to the Metro entrances, yet similar flowing lines would proliferate in architecture and its decoration elsewhere; wrought iron, mosaics, frescos, stained-glass windows and, of course, ceramics. Shortly after the Exposition Universelle, the Ecole de Nancy was officially founded and French Art Nouveau was expressed to its fullest form under Emile Gallé, the Daum, Louis Majorelle in art, furniture, pottery, glassware, jewellery… 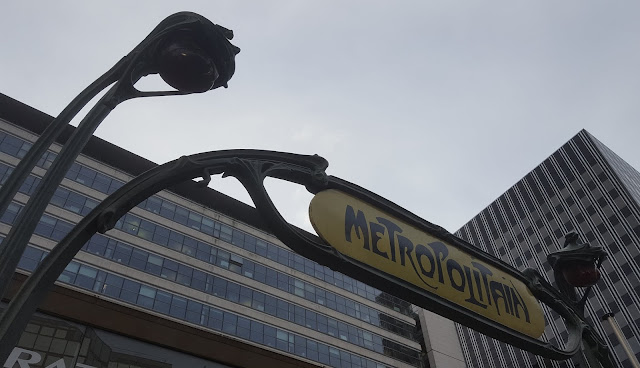