The temperatures have literally plummeted by about 20°! To compensate the thermal shock, a bit of sinful indulgence was called for. This involved the drinking of champagne and eating chocolate in a spontaneous act of greedy pleasure between colleagues. It reminded me of the Gothic sculptures of the fall from grace in the Garden of Eden.

These pieces are centuries old, and yet the expressive nature of their gestures, on their child-like, innocent bodies is just as powerful today as when first created to map the fall of Man.

The simple existence in the Garden of Eden is not enough for Eve, who is tempted to taste the fruit of the tree of the knowledge of good and evil. I love her greedy expression here! 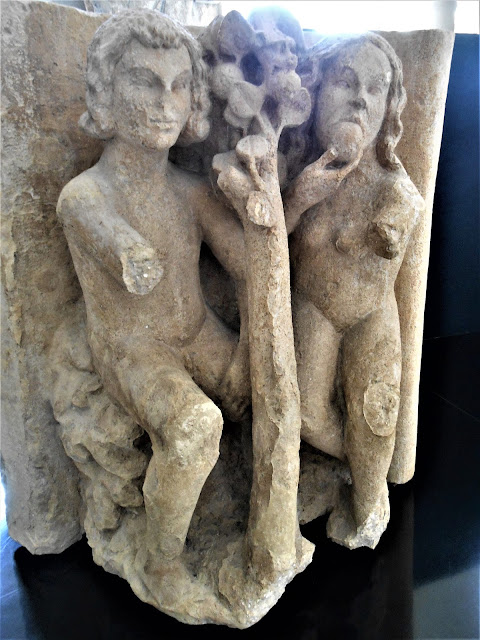 Encouraged to commit the original sin by the whisperings of the serpent, Eve's act of disobedience soon leads to Adam's downfall, and the expulsion of the shamed couple from the garden, by the archangel Michael. Paradise is lost. Actually, Adam doesn't appear too crestfallen here as he has to face the music and Eve looks as if she's trying to keep intrusive paparazzi at bay during this walk of shame!