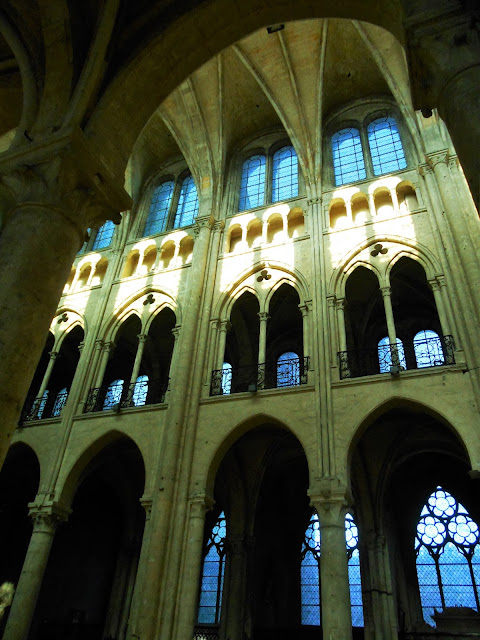 I recently had the chance to visit the town of Noyon, in the Picardy region of France. The skies were a comic-strip bright blue, but the temperature was no laughing matter. I was freezing and couldn't hold the camera properly for any of the settings! 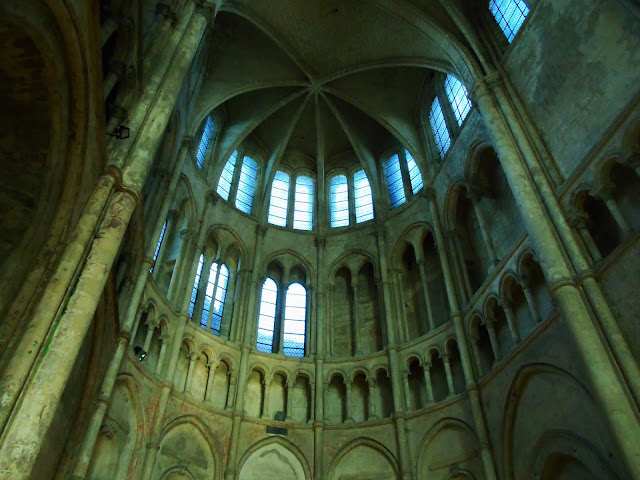 I hadn't even heard of Noyon prior to the visit, and was quite surprised to learn that this seemingly unassuming town had such an odd past of uneven notoreity; backcloth to key events in history and then falling into relative oblivion... 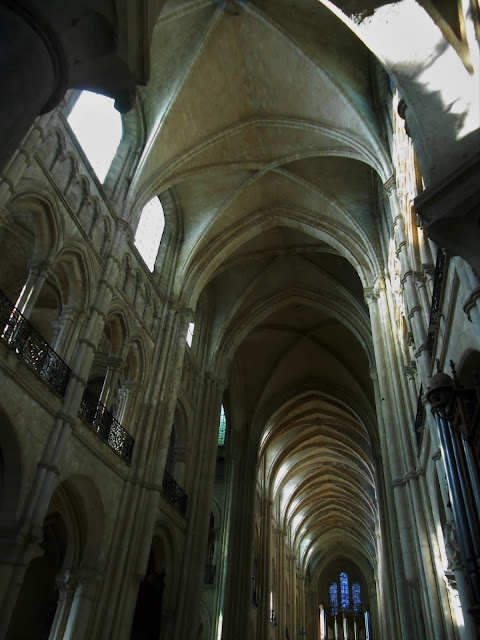 The town was founded as Noviomagus (Celtic for 'New Field' or 'Market') by the Gallo Romans and was built along the Via Agrippa and acted as a commercial crossroads around the Oise river.


In the same manner as many other Northern towns, Noyon has ramparts dating back to the 3rd century, installed to protect it from Germanic attacks and giving the town its circular aspect. 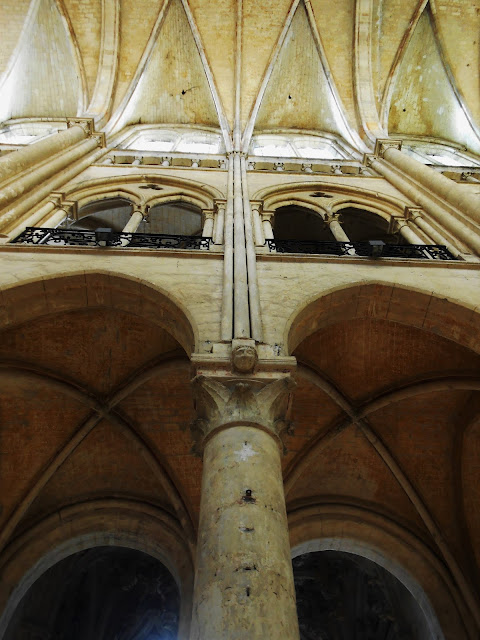 Situated along the route for the  foires (fairs) of Flanders and Champagne, Noyon provided a suitable resting point and the town grew in status during the Middle Ages with the emergence of a bourgeoise that had developed around burgeoning trade. 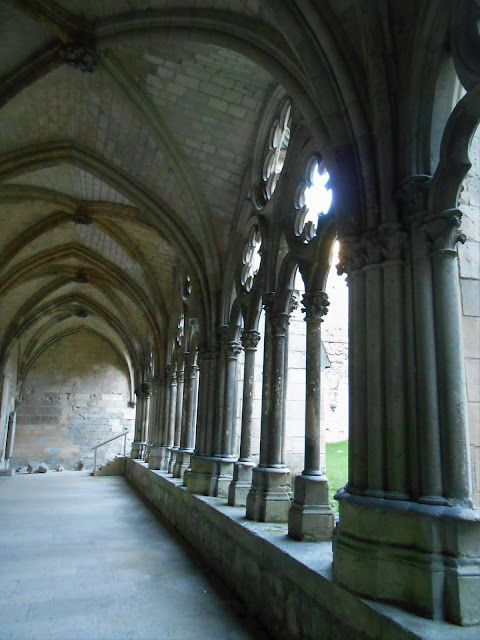 In the early 12th century, the town was granted certain privileges under commercial charters and soon became one of the first communes in Picardy - ie a self-governing corporation, swearing allegiance of mutual defense . However, commercial success was only part of its renown... 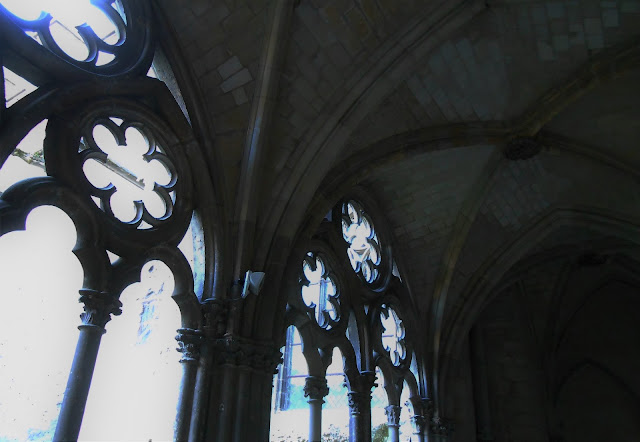 From the Merovingen period, Noyon had indeed distinguished itself from other towns when the diocese from transferred there, from Saint-Quentin. With the anointing of  the new bishop, Saint Eloi, pilgrims flocked to Noyon from 640s onwards to see the holy relics. 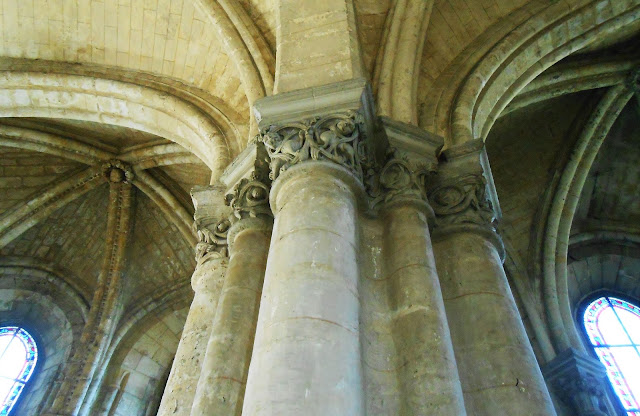 The town's importance was further established when it hosted the crowning of Charlemagne in 768 and the coronation of the first king of the Francs, Hugues Capet in  987. 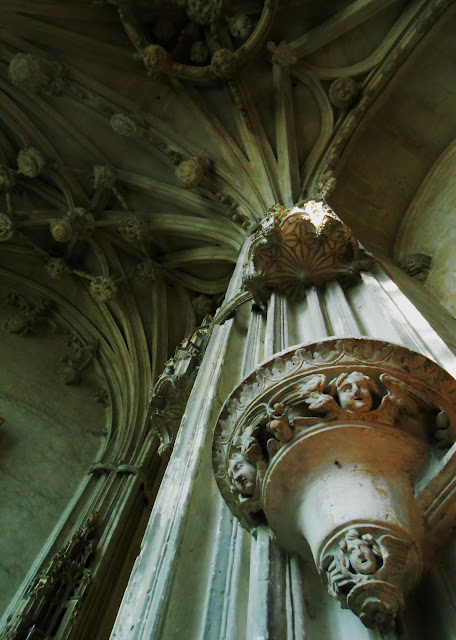 In order to show the power and prestige of the Capets, along with the force of the Christian faith, the bishop Simon de Vermandois ordered the construction of new cathedral to replace the former Roman edifice that had been destroyed by fire.in 1131.

In fact, the cathedral that we see today was the fouth to be built on the same grounds, on the highest point of the town, and architecturally marks the transition between the Roman and early Gothic styles. 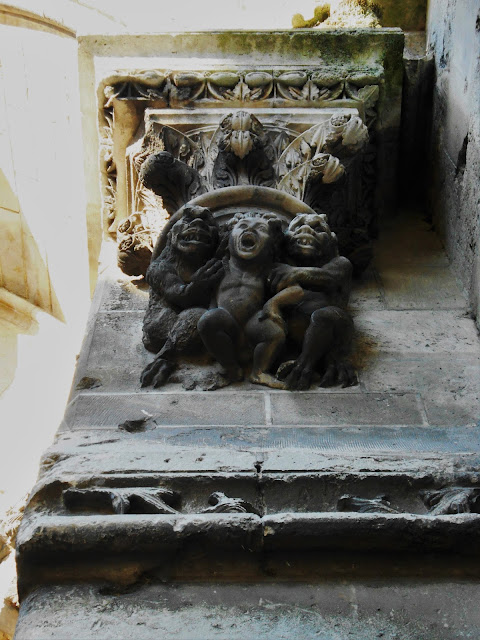 It was built after the Basilica of Saint-Denis and the cathedral of Saint-Étienne in Sens and represents one of the first finsihed examples of an elevation on four levels. 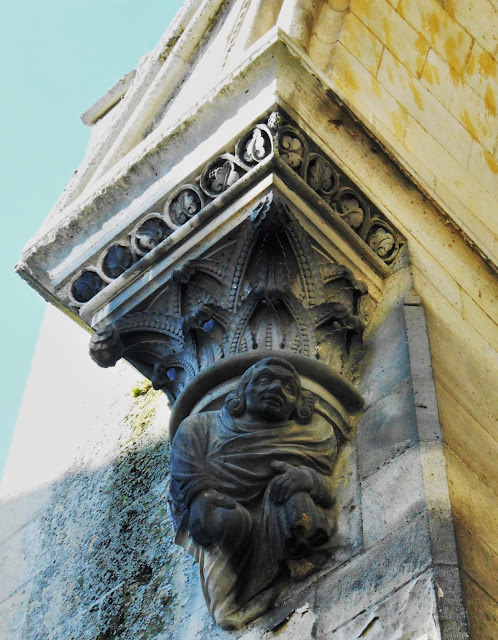 Its use of ogival forms of architecture was inspirational and indeed, is erection was followed by those of the other notable cathedrals in Northern France - such as Senlis and Laon (Canterbury cathedral dates back to 1174).

Construction was ended around 1240 - a few decades after the building of Reims cathedral commenced, but again fire caused considerable damage. 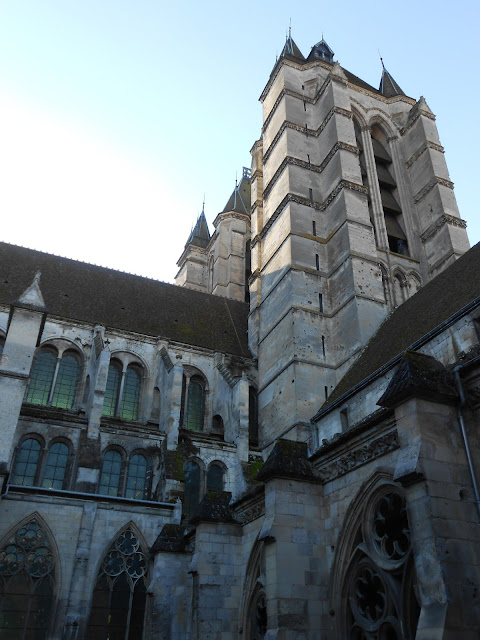 Indeed, the history of the town has been highlighted by repetitive offensives, incursions and intrusions over the centuries; the cathedral has been witness and victim to many of these. 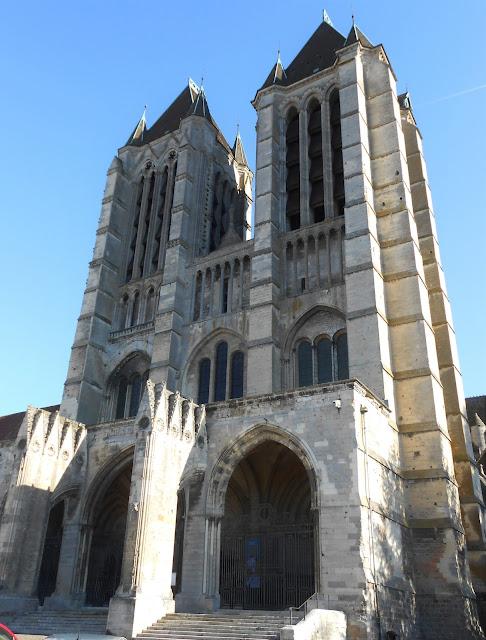 The second cathedral was destroyed by Normans. Then, during the Hundred Years' war, Noyon was under Burgundian attack in the first quarter of the 15th century and in the mid-16th century faced onslaughts from Hungarians and Spaniards respectively and was later besieged by the troops of Henry IV. 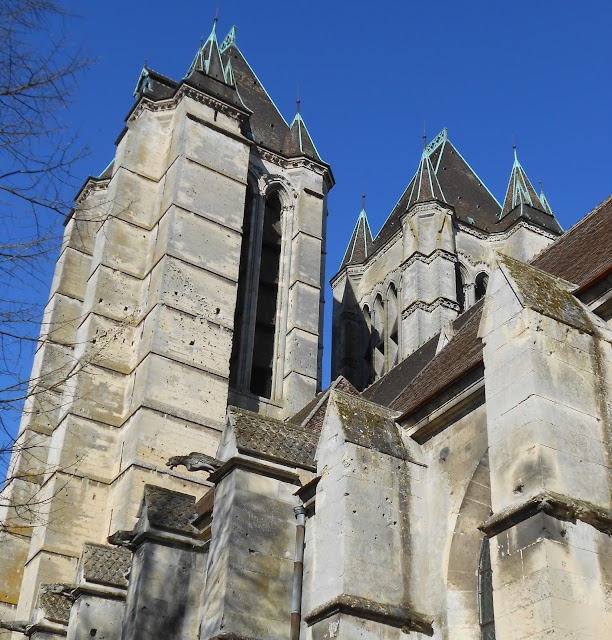 Noyon was also the birthplace of Jean Calvin (1509-1564), the 'father' of the Reformation. The ensuing religious reform that swept across Europe was justification for the destruction/dissolution of many ecclesiastical edifices, and the all-encompassing upheaval of the Revolution years in France caused further devastation. 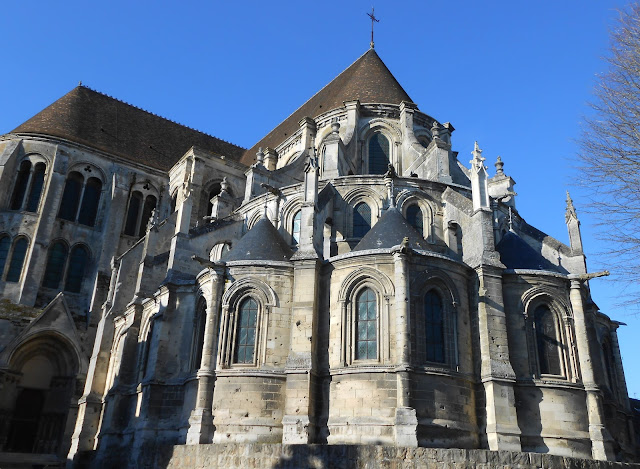 The social, political and relgious turmoil of the end of the 18th century saw Noyon lose its diocese and the cathedral transformed into horse stables and storerooms. The sculptures of the tympanum above the main entrances were smashed, leaving the scarred, barren spaces that we see today.

The occupation of the town by the German army just over one hundred years later, during almost the duration of the Great War, left the cathedral in a state of devastation. And yet, it, like the town itself, managed to survive those cruel years, and the pitiless ruination of the World War 2 period also. 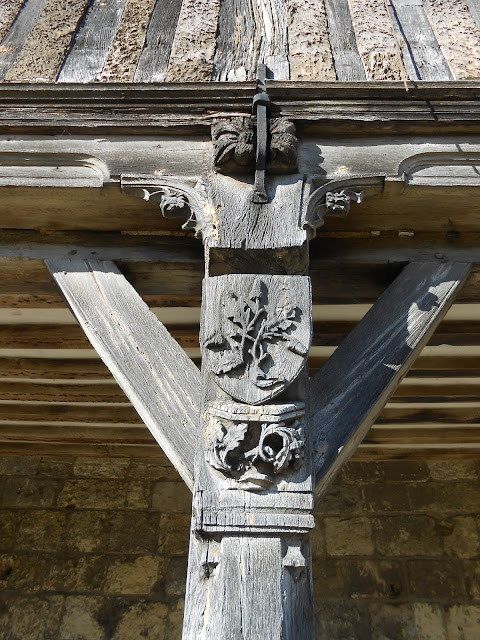 The cathedral, even today, is surrounded by many of the other original buildings that formed part of the canonry and the episcopal quarters. One of the most notable of these is the library, largely built of wood, that dates back to the early 16th century.

Looking at this, as the rest of the cathedral, is quite a humbling experience. Somehow, visiting sites of such age and stature, helps you relativize your own problems and realize how insignificant your life actually is in the greater scheme of things and the mass of Time...

As always, whilst amazed by the architectural and sculptural sophistication of the monuments, I was amused by the relative simplicity and virtual naivety of other works...