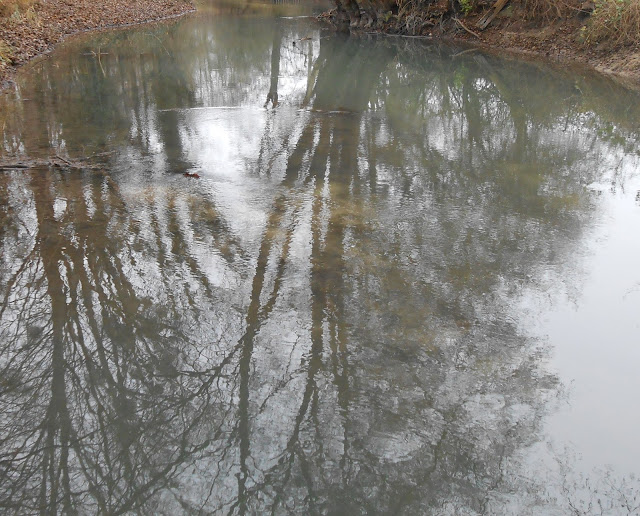 As a beautiful end to the year 2015, last night I noticed a kingfisher darting along the canal bank, swooping and skimming the surface of the water at great speed. The incredible flash of those saphire-blue feathers and that strange rust-coloured plumage on the undercarriage were unmistakable. 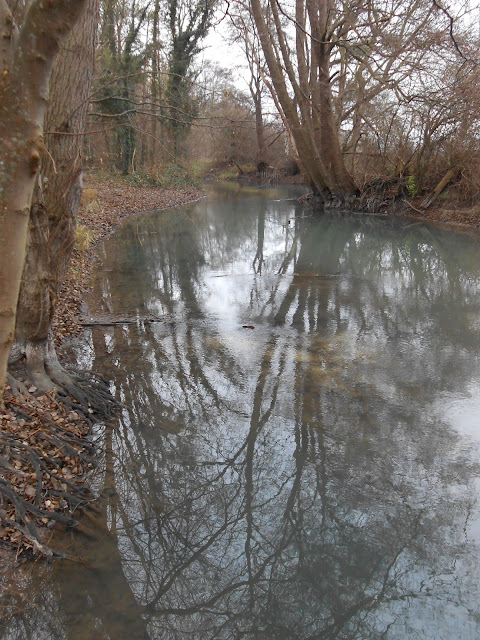 I went back this morning, but wasn't able to catch sight of it again on the canal or the watercourse running nearby, However, there were other things to draw attention. 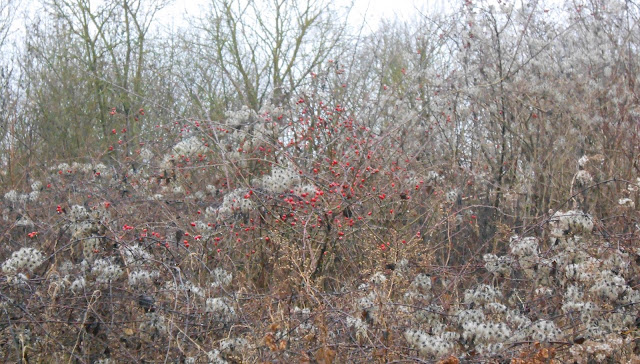 Although the scenery did look rather sleepy in its wintery state, in the undergrowth and remaining foliage it seemed to be business as usual. The branches that seemed quite bare, albeit festooned in green-tinged Old Man's Beard, were in fact, active perches for numerous birds.

There were the usual somber crows and slightly menacing magpies that seem to be the staples of a winter landscape, especially alongside the ploughed fields. However, there were also clusters of seed-eating birds that were feasting on the grasses and berries along the cycle track. These flew up and off as I went past, with a flash of colour in their plumage - yellow, blue, white.

Other jewel-bright colours were to be seen on the actual ground level too. The mild weather has encouraged quite a lot of persistant/premature growth and general activity all round. 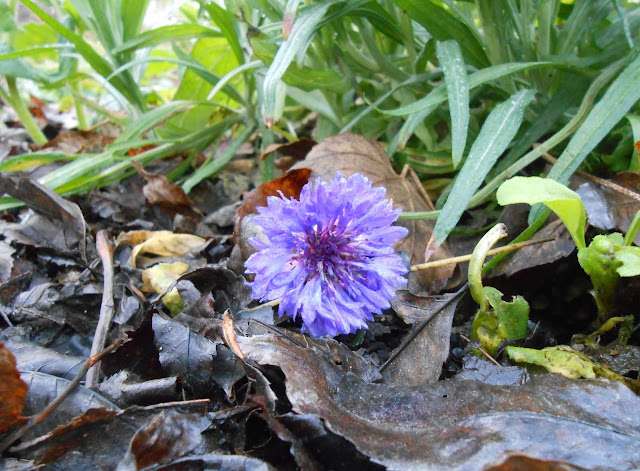 Back nearer the city, I came across a new intergenerational garden - for juniors and seniors alike - which is one of the latest steps in the improvement of this urban part of  La Coulée Verte.

Even though the hum of the traffic is ever-present from the motorway beyond and the city's industrial activity forms a backdrop, the beautiful trees, bushes and plants perform their magic. 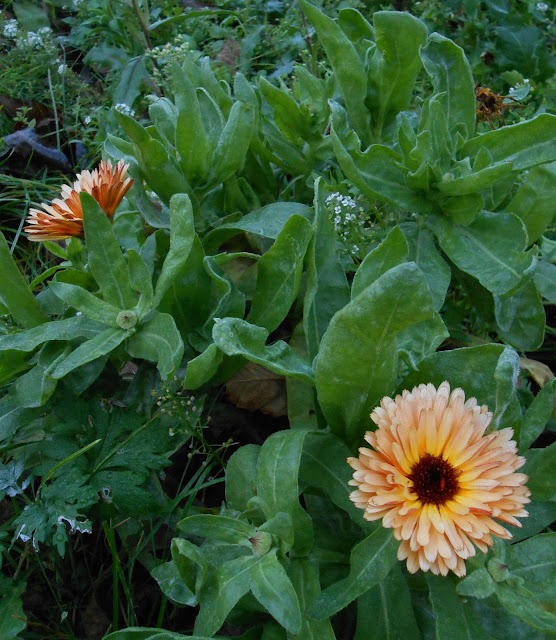 Although we are definately off-season at present, there was quite a lot of warm colour and 'busy' foliage! Marvellous marigolds, that just get hotter and hotter in colour... 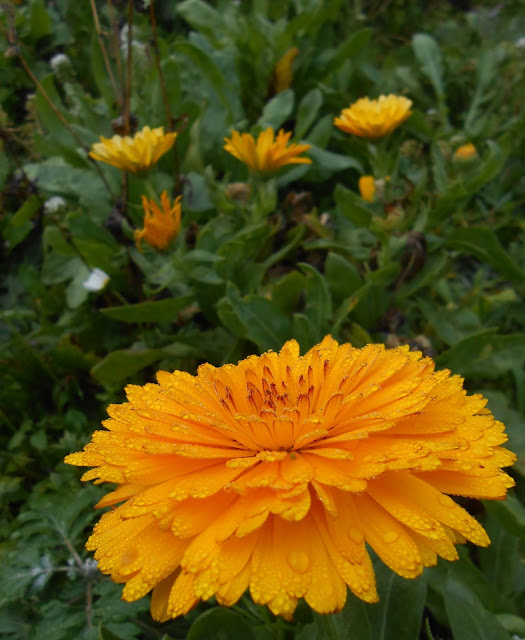 This inspired me to go home in order to plant up my anemone bulbs - 50 in all - in the various pots on the balcony. I was thrilled to find that the bulbs that I had benevolently neglected since last Spring are starting to send out shoots - my best discovery being those on the Snakeshead fritillary. I just hope that there are no vine weevil larvae busily over-wintering in the soil too... 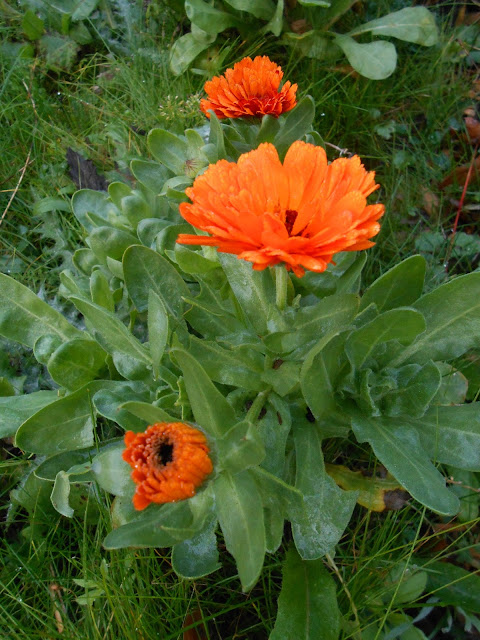 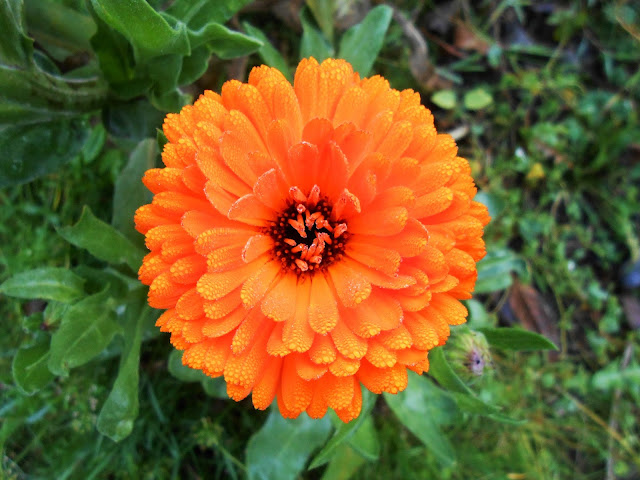