Along and on the Autumn Canal.. 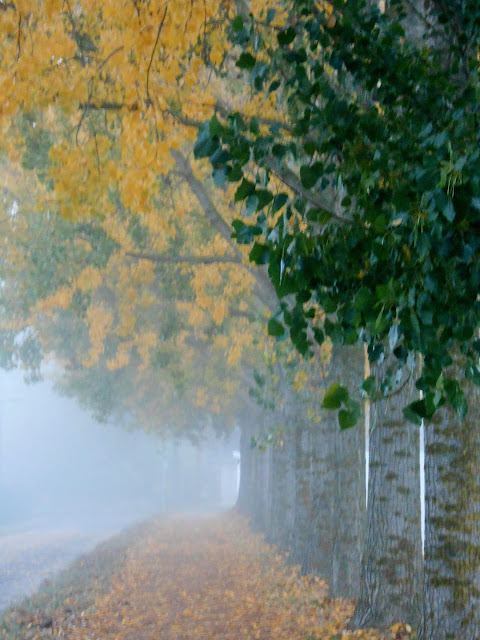 The autumn crept up whilst the weeks have sped by, even if weighed down by heavy workloads and plain old hassle. No time for bike rides or blogs even if I had always sworn that I'd try to post something for the latter, three times a month, just to keep my head above water and to prove to myself that I hadn't gone under! 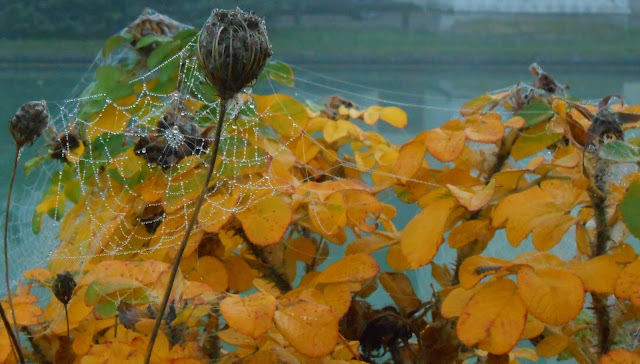 So, nearly the end of the month of the October... 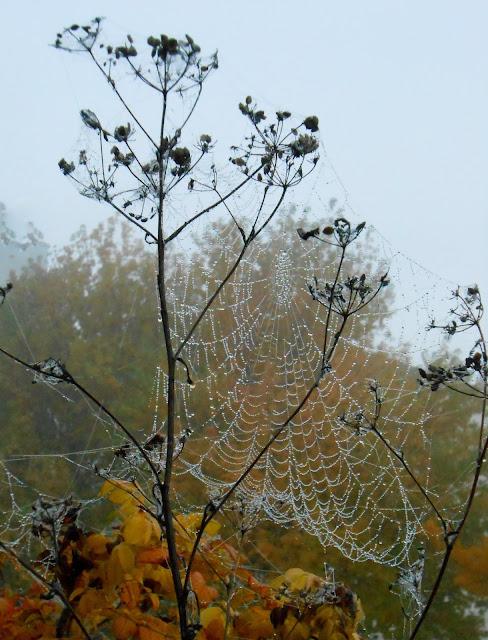 Despite everything, I still have been able to appreciate the beautiful colours of the autumn months, at close quarters and float along all the same, in more ways than one! 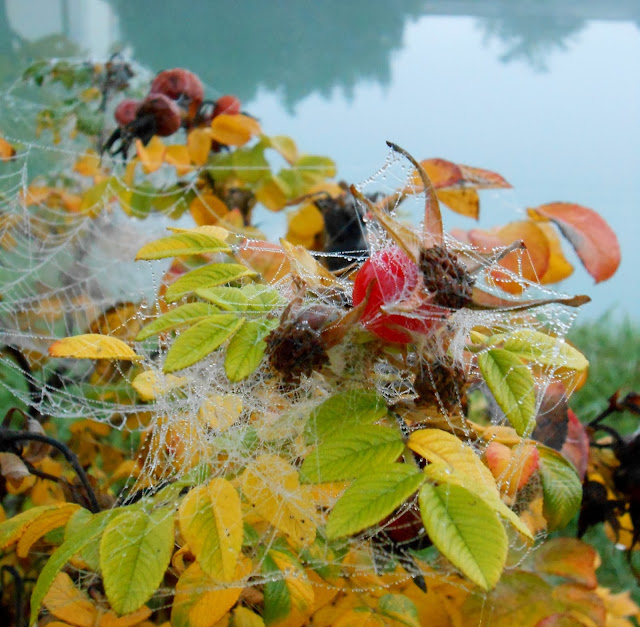 Having spent so many years walking across the canal and riding along it, at the beginning of September I joined one of the local rowing clubs and so now I am able to actually go on it. No photos of that feat for the moment as I take minimal belongings with me, knowing that there is quite a good chance of my ending up in the canal waters; the camera stays at home, along with my watch and phone! 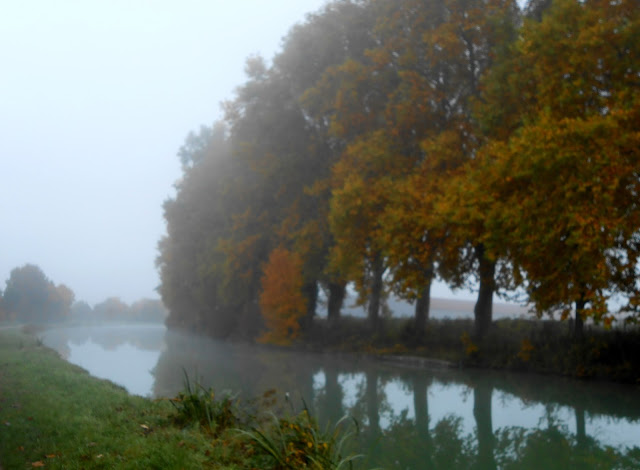 It is interesting to see the familiar habitat of all those creatures that live along the canal, from a very unfamiliar angle, but most of the birds and beasts seem very indignant to have such an intrusion made upon their territory.
Rats race along muddy tracks worn into the banks and ducks scatter in the most disgruntled fashion, squawking in that mocking way they must have perfected just to scorn beginner rowers. The human fauna - in the form of fishermen - just look up to the heavens as yet another boat veers towards their tackle. 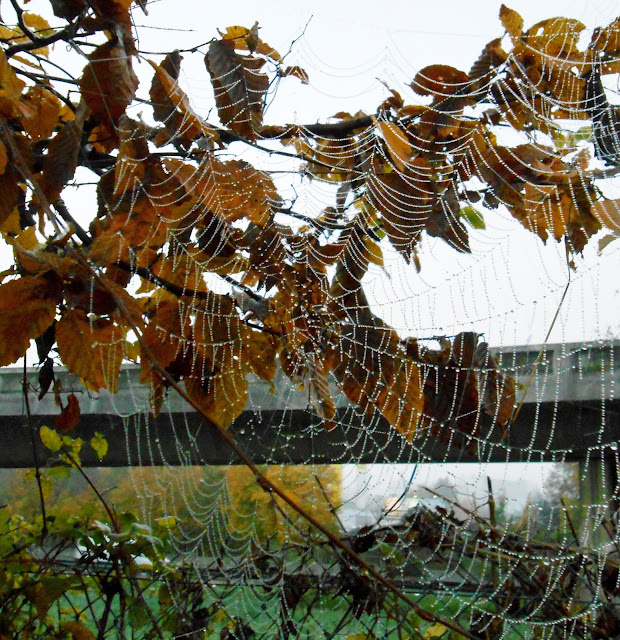 As the clocks went back this weekend, but the cats' timing did not adjust accordingly, I decided to ride along the canal after having been woken up in the rather early hours. It was beautifully murky in places...The misty conditions concealed much of the industrial backcloth that surrounds parts of canal landscape and seemed to muffle the noise of the growing rush-hour traffic. 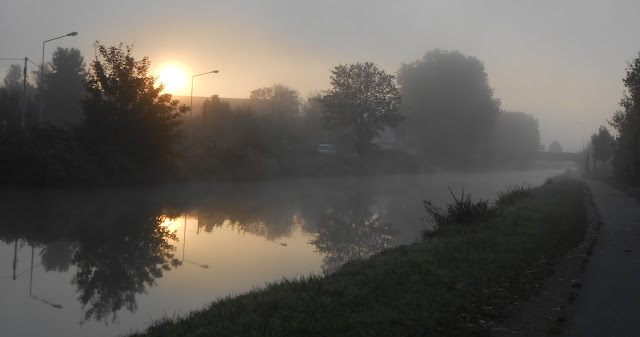 Like the water-based wildlife of this environment, I am learning to focus on the natural world around me. I largely block out the concrete, tarmac and metal from my vision or try to find a certain beauty in their vast forms, silhouetted against the sky line or reflected on the water. However, the barges that transport material along the canal for the manufacture of the glass bottles for the champagne industry, no less, serve as a reminder that you may well encounter a bigger water-borne beast than yourself on the canal. The eight-rower boat (the 'octuple scull') might make you feel like an invincible Viking, but you would still be no match against the massive barges that make their way silently towards you! 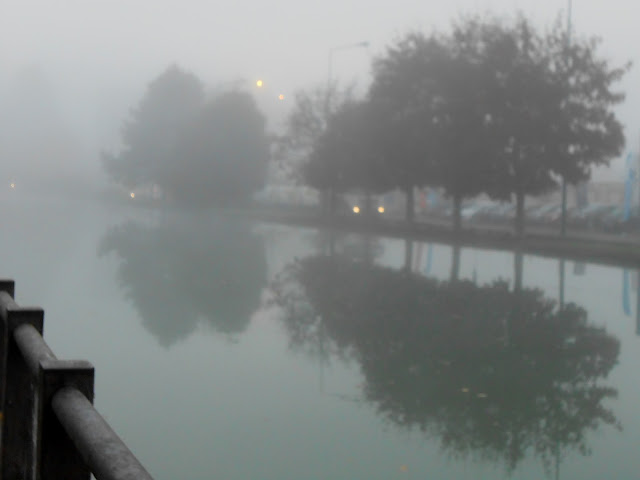 From the cycle path, I managed to see a very sizeable muskrat industriously getting on with his business, oblivious to all those people racing off to theirs. At first I thought it was either a coypu or a young otter, but even if it was 'just' a rat, I was thrilled to see it. A feeling certainly not shared by the moorhen nearby... 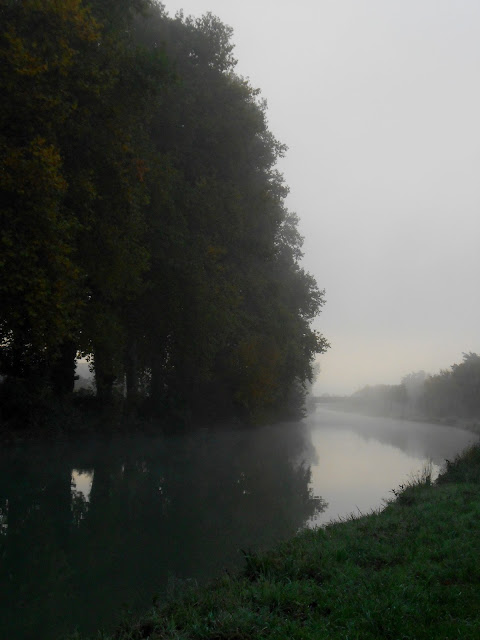