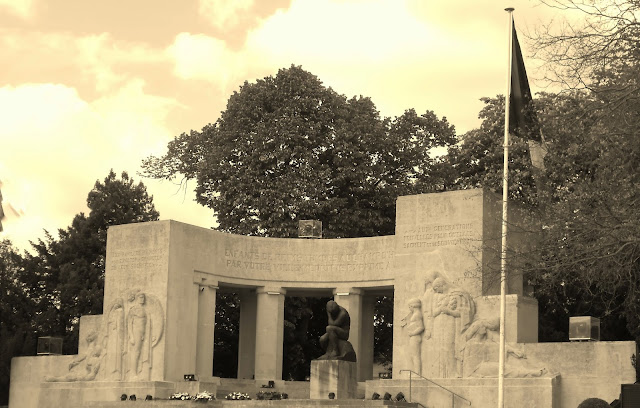 Last night I went to the big commemorative light-and-sound display that took place on Place de la République here in Reims. This was, of course, to remember the end of the WWII and was held on Thursday 7th May as it was on this date, in the early hours of the morning 70 years ago, that the unconditional surrender of the German Wehrmacht was officially signed. Indeed, this historic act was carried out in the Map Room of the Supreme Headquarters, Allied Expeditionary Force in a school that went on to become today's Lycée Roosevelt and to house the Musée de la Reddition. 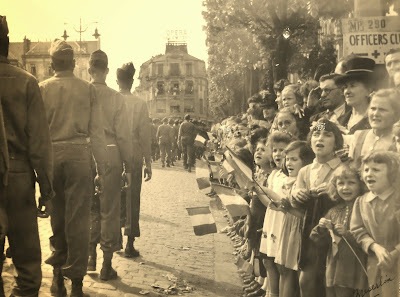 The display was projected onto the imposing Monument aux Morts that was erected in 1930 in memory of the ravages of the First World War on Reims, and to commemorate the subsequent reconstruction of the city. The Second War World itself inflicted great damage on the monument, leaving it all the more dramatic in its impact. The lessons supposedly learnt during the Great War seemed to have been swept aside and the message of the monument no longer relevant during this second period of wartime devastation. 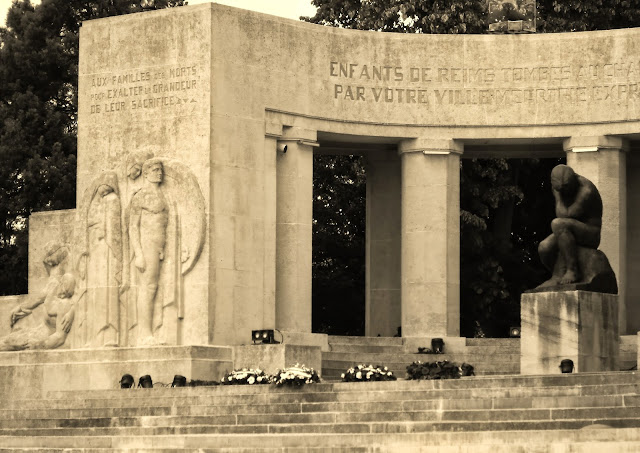 This human tragedy seemed to play itself out on the monument itself, with the left part, symbolizing The Sacrifice of 1914 smashed and shattered, whilst the right part, symbolizing The Lesson of 1918 faired little better. Central in the monument is the figure of Pensée himself “accomplishing his effort of resurrection”. Deep in reflection, this time he seems to be plunged into despair and desolation at the perspective of his city, la Cité des Sacres, devastated yet again by the horrors of war. Reims had, of course, been the symbol of French suffering during the 14-18 years. From the outset, it had been the very real target of enemy forces and victim to the worst atrocities of war. Its cathedral, willfully burnt and battered, represented the wanton cruelty of conflict, bent on the destruction of every form of civilisation. 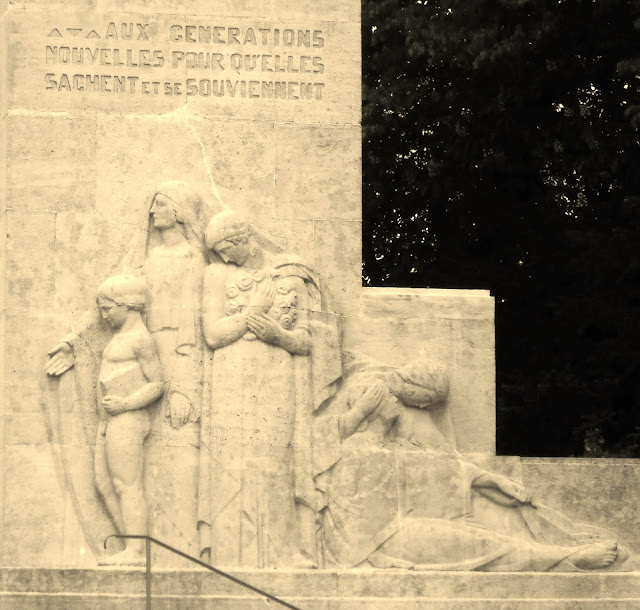 The whole of last night’s show was moving, but I preferred the very last part, filmed below, which was projected without words. Image and sound seem to convey far more. The spoken part had largely dealt with today’s Peace, but we cannot really appreciate the full sense of that until we reflect over what has been. On the way to the commemoration, my son and I were speaking about this…
All the shop windows leading to Place de la République are currently displaying photos taken during and after these war years. Many of these war-torn streets and buildings are still largely recognizable today, and so we have both enjoyed trying to identify these in order to see what is so familiar to us today from another perspective, in a different light. This vision is quite eerie at times, but not as troubling as the notion that, as my son later confirmed, many young people do not even know why May 8th is a bank holiday. It must be a positive thing that those particular war years are so far behind us that they have fallen into the shadows, but can we really understand what Peace is without an awareness of that dark spectre and the messages that they still need to convey today? 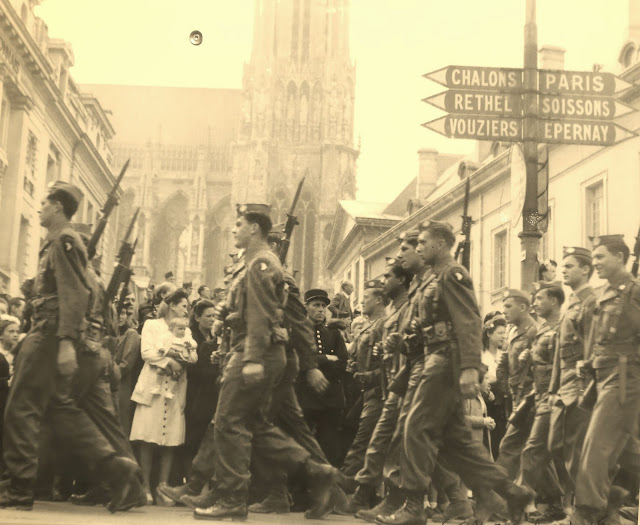