Fauna in the Mountains of Paris and the Champagne region... 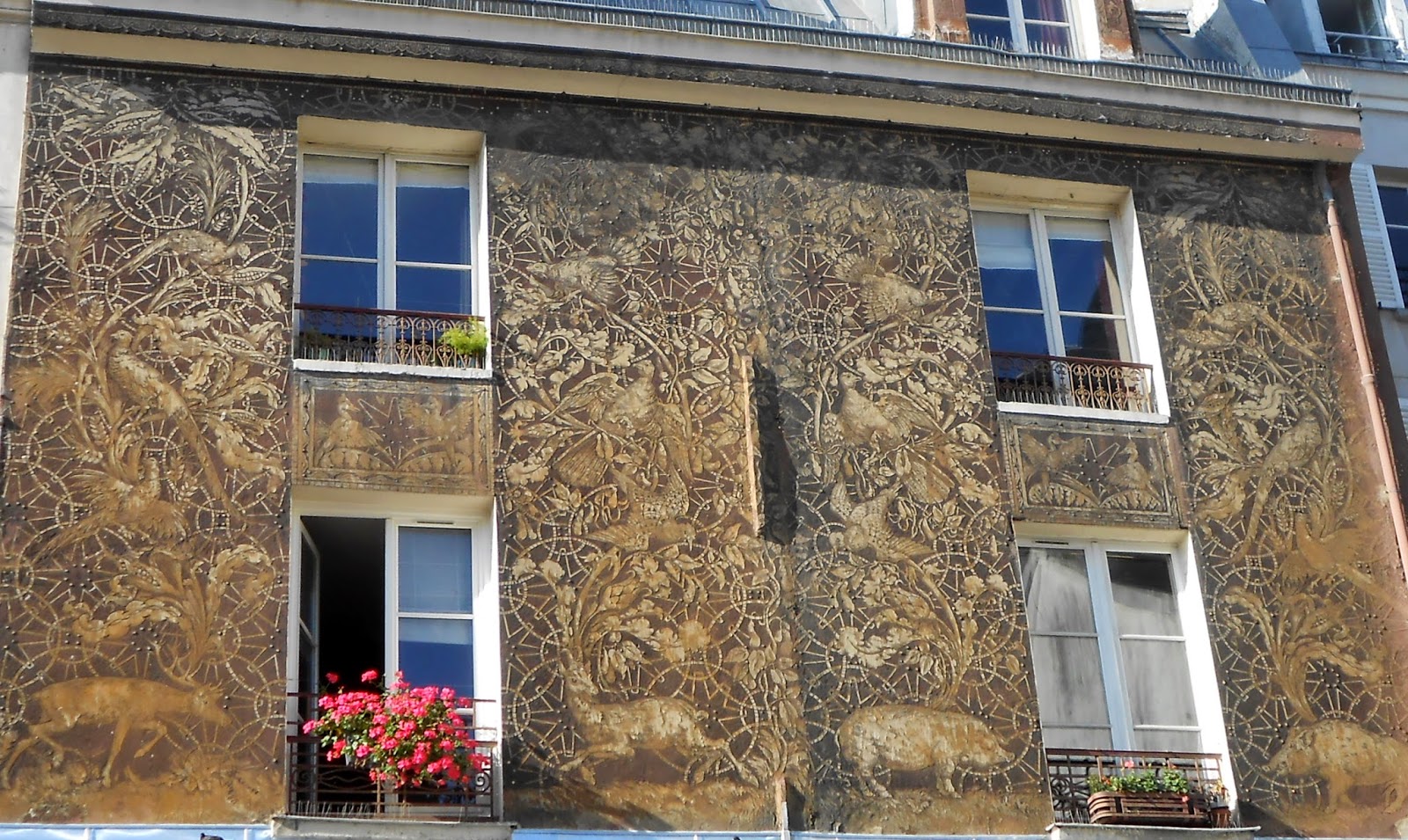 I know of two 'mountains' here that don't immediately strike me as meriting such an imposing title. I had the pleasure of visiting both of these with blue skies above. The first of these is the Montagne Sainte-Geneviève in Paris, the summit of which is occupied by the Panthéon, and whose flanks house La Sorbonne in the Latin Quarter. 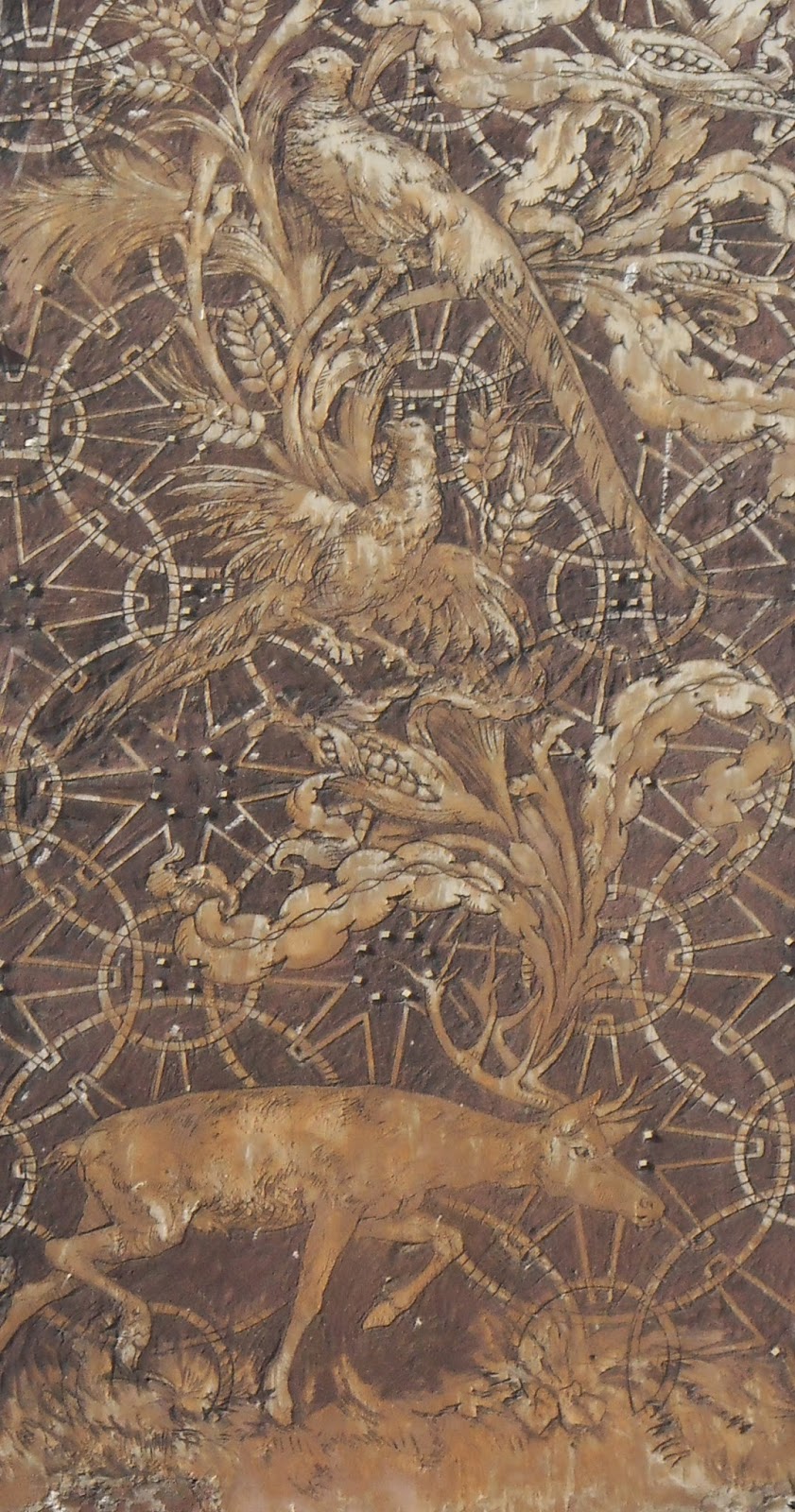 The façade featured above is to be found in Rue Mouffetard, one of the oldest and most original neighbourhoods in the city, preserved from Baron Haussmann's vast urban redevelopment project under Napoléon III that swept away much of Medieval Paris.

The beautiful façade is to be found on a building that dates back to the 17th century, although the artwork itself is in fact from the late 1920's. The four panels present different scènes champêtres, featuring a variety of beasts, birds and burgeoning forms of vegetation in a style that refers back to the Renaissance. The artwork was realised with the Italian technique of sgraffito, wherein the plaster is scraped (graffiare = to scratch) to build up a relief. 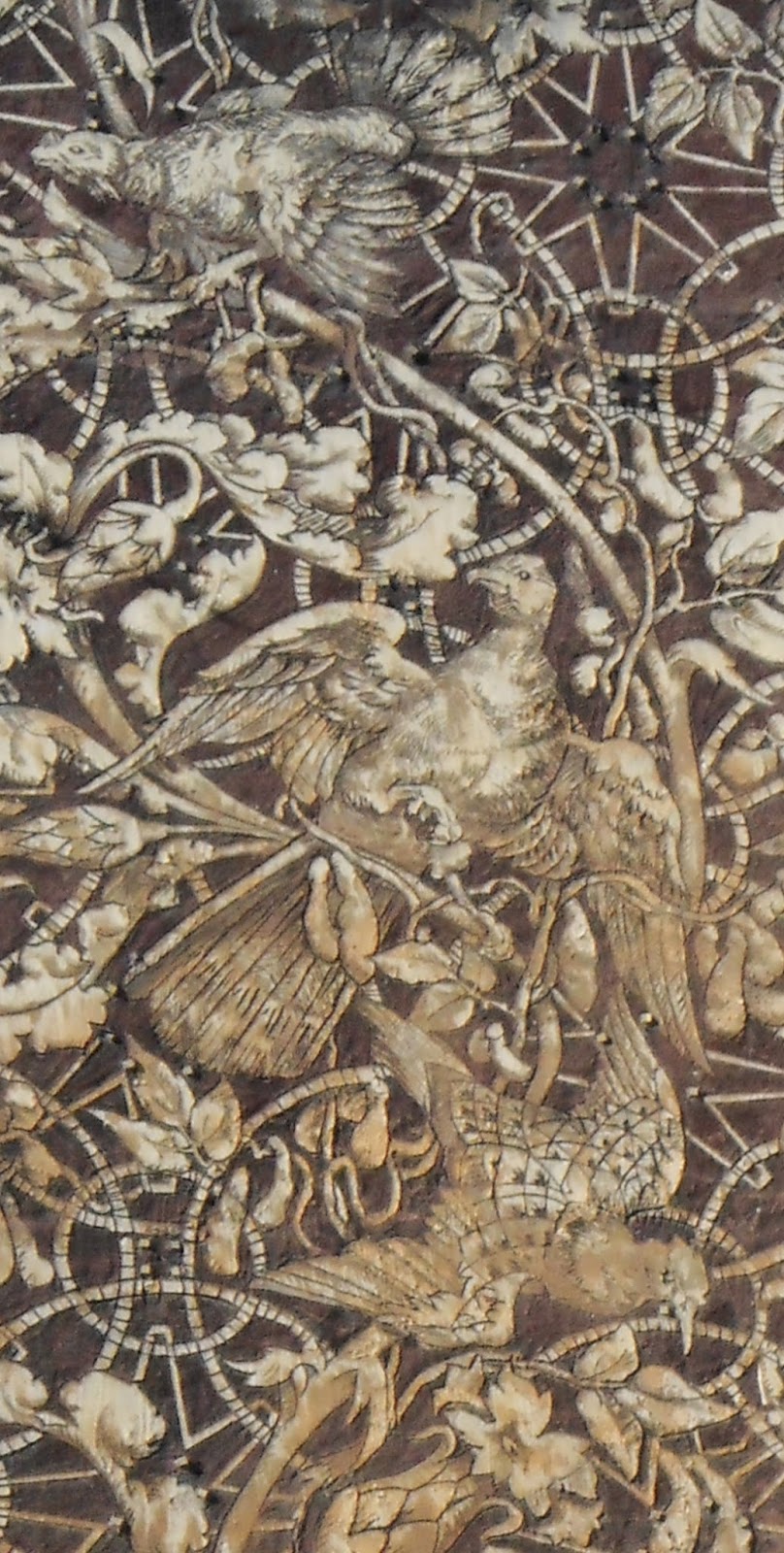 The façade was created by a certain Italian artist, Eldi Gueri, commissioned by the charcuterie Facchetti at a time when the sgraffito technique had a certain popularity, not just in France but in other European countries too. The charcuterie shop no longer exists, but the premises are now occupied by the fromagerie Androuet. The owners have commissioned their own painted panels, below the 1920s masterpiece, but the result is rather 'cheesy', it has to be said, which is why I cut them off the photo. 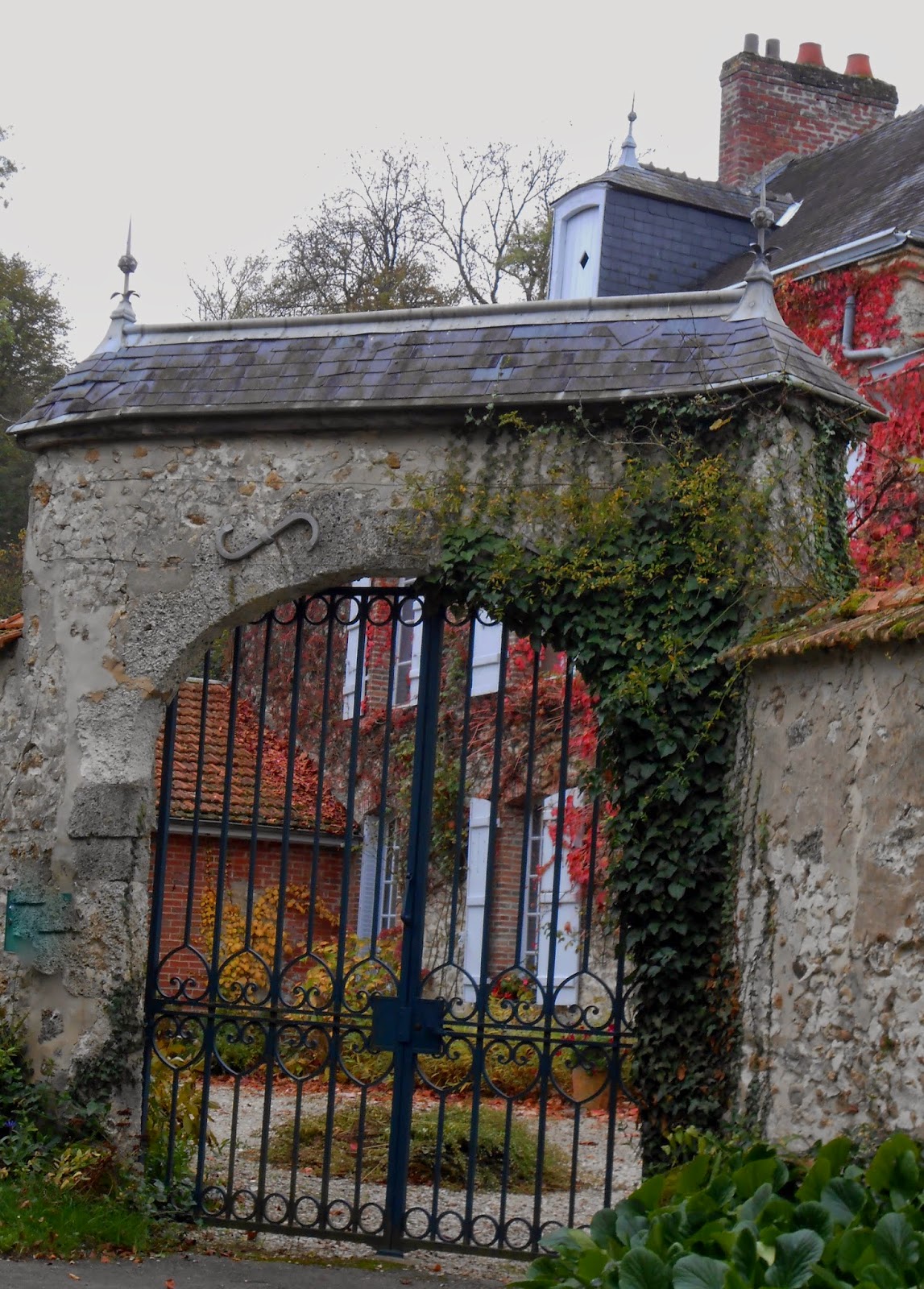 From one impressive façade to another, situated in the second mountain, la Montagne de Reims, with one its prestigious Champagne-producing villages....Rilly la Montagne. 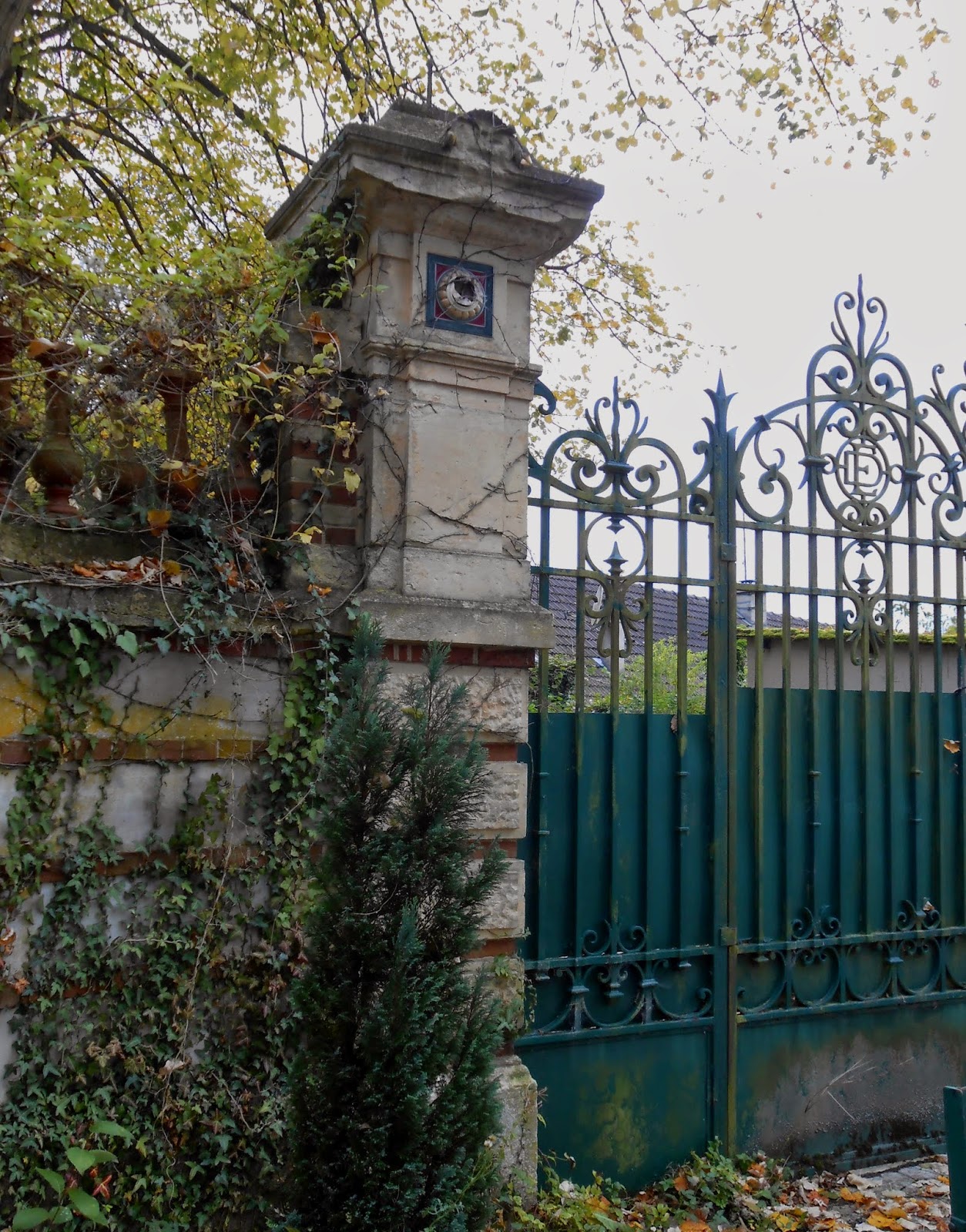 It is a highly-coveted area in which to live, with some beautiful old houses whose domains reflect the wealth of the champagne vignerons, past and present. 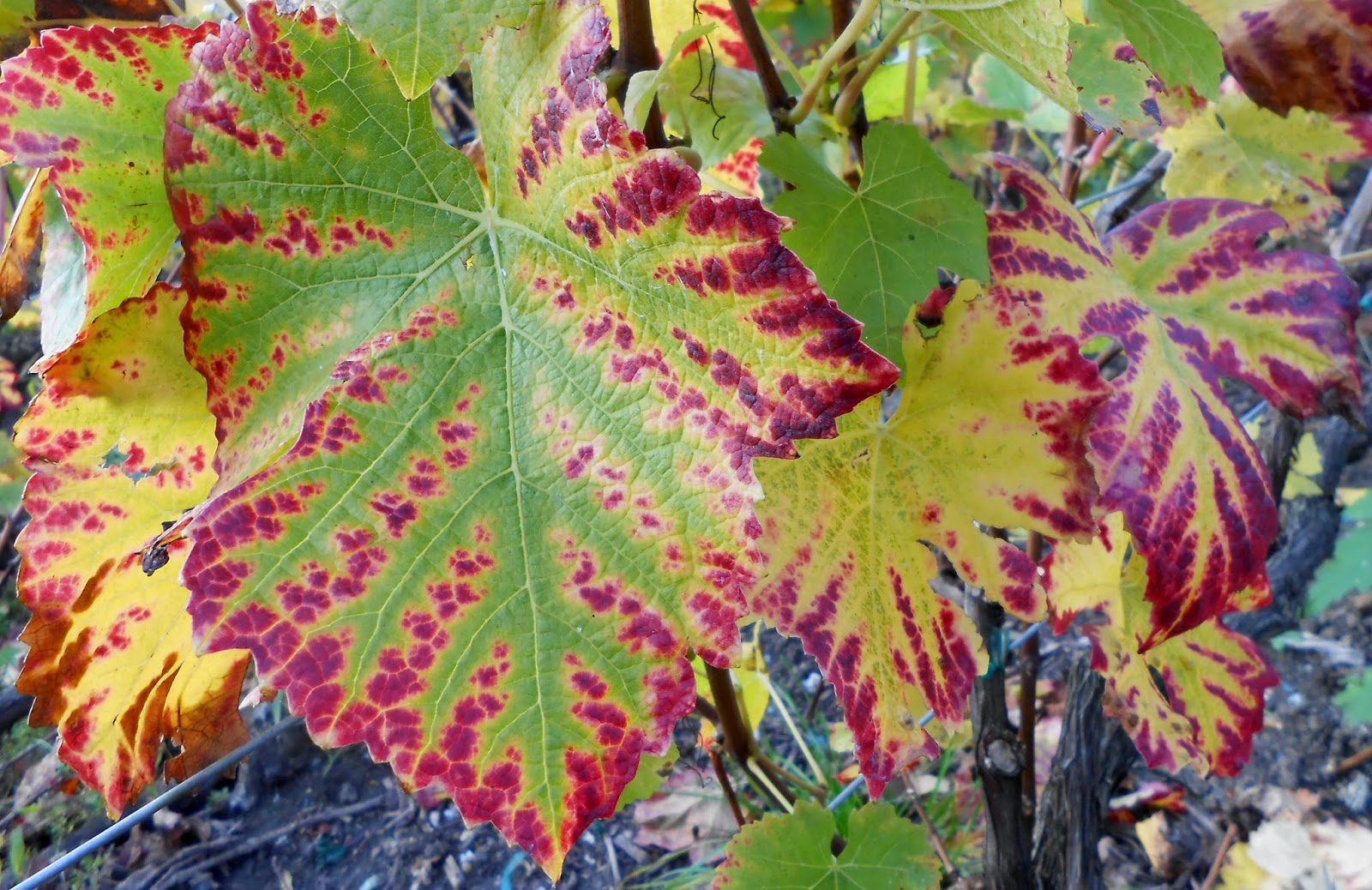 Naturally, the vineyards themselves no longer have any grapes, following the harvest period, but the vines are striking with their beautiful autumnal leaves. 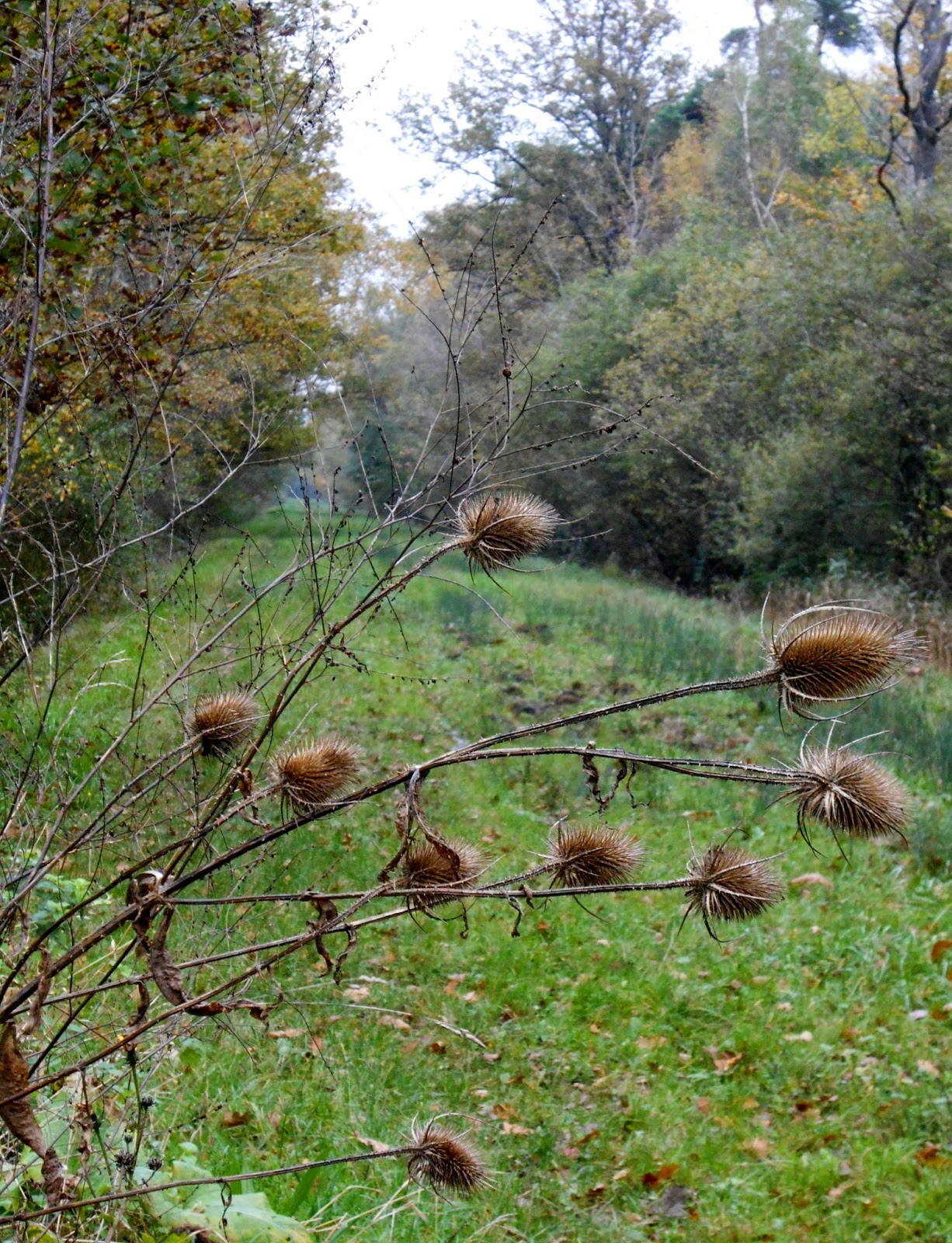 Again, the slopes of this mountain generally seem more like those of a hill. 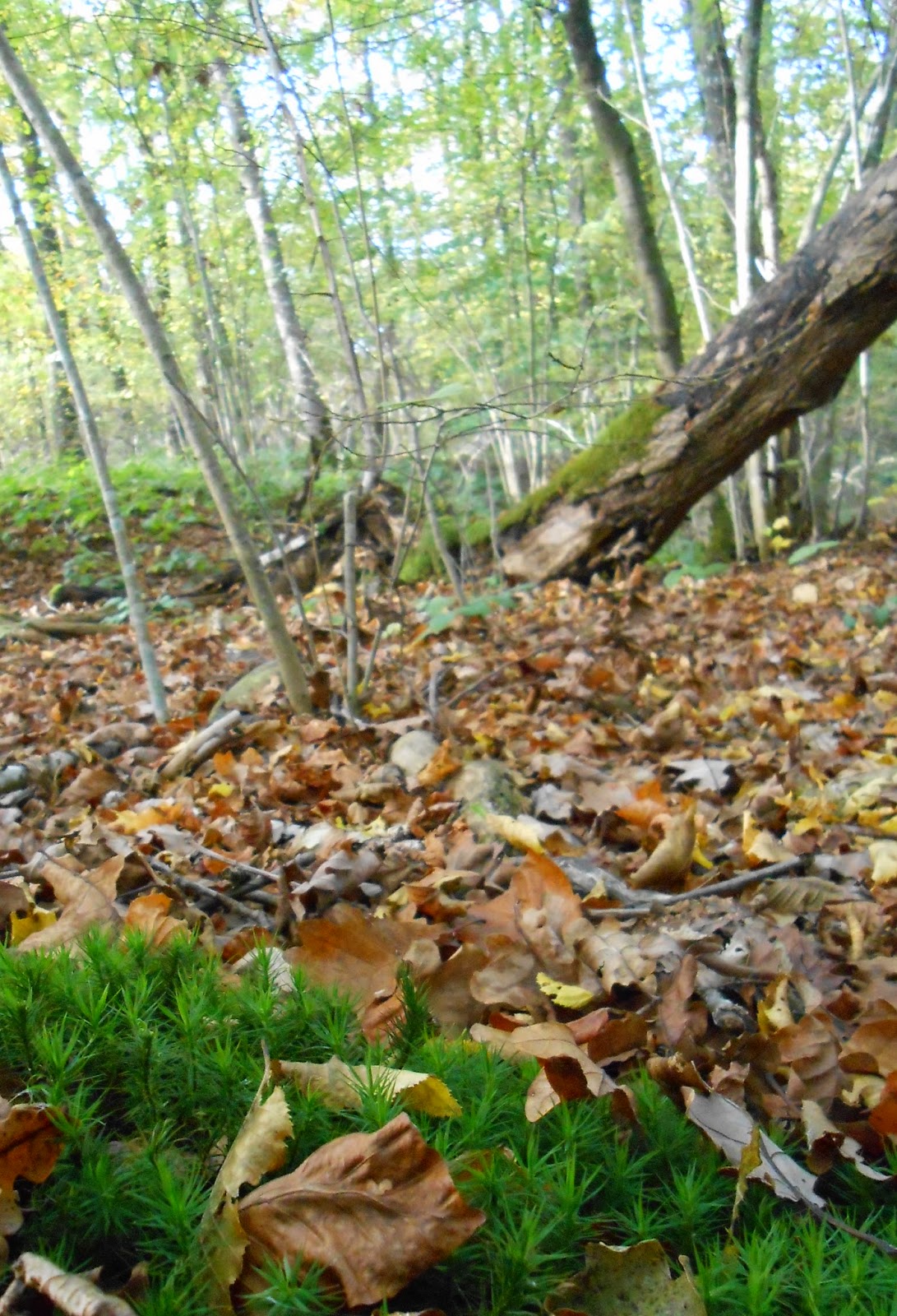 At the end of the day, the autumn colours appeared more radiant, and despite the fading daylight, there were treasures to be found in the undergrowth. 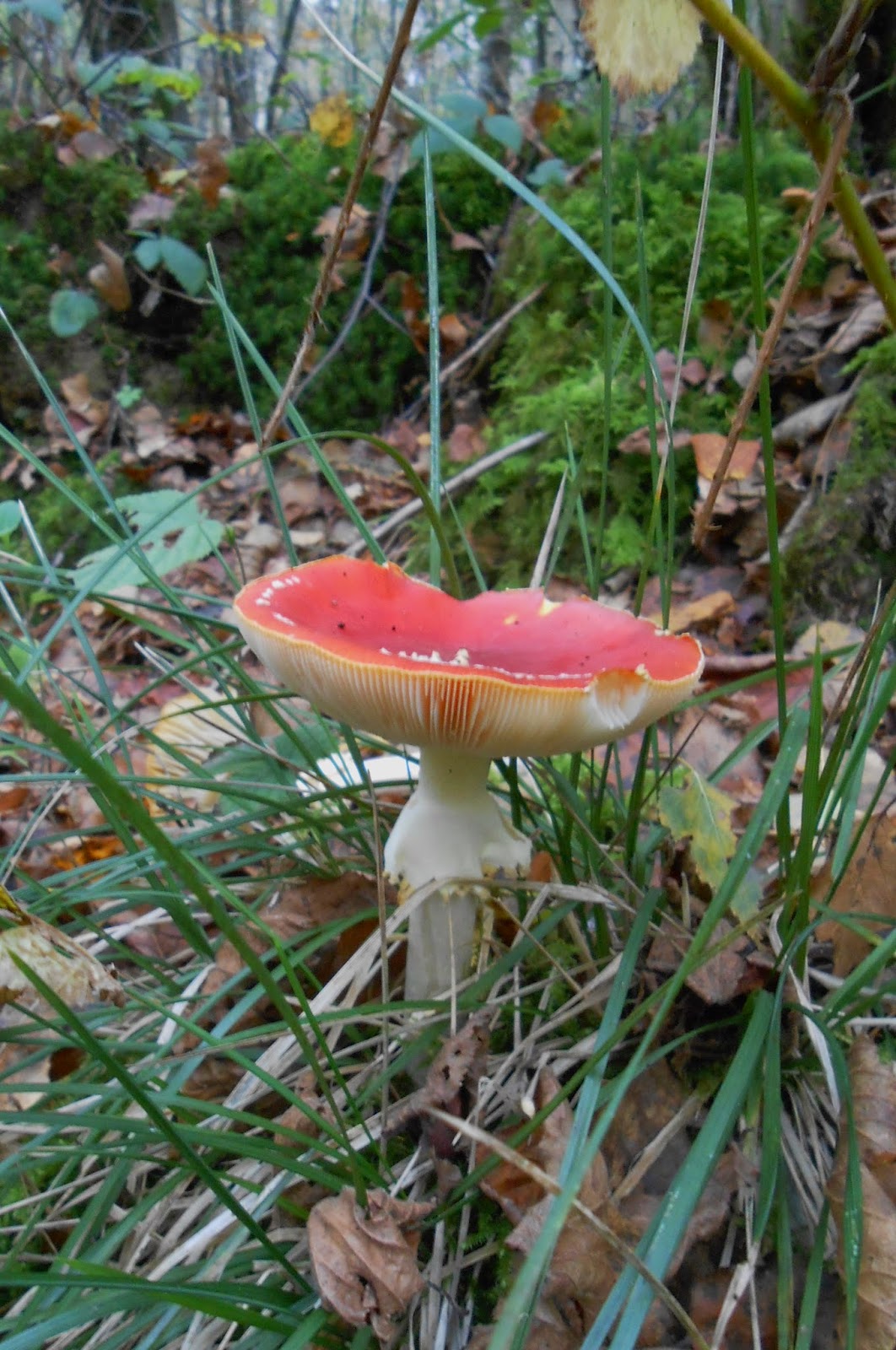 Several amateur mushroom hunters were gathering edible treasures, but these precious mushrooms seemed to be outnumbered by their highly toxic relatives. 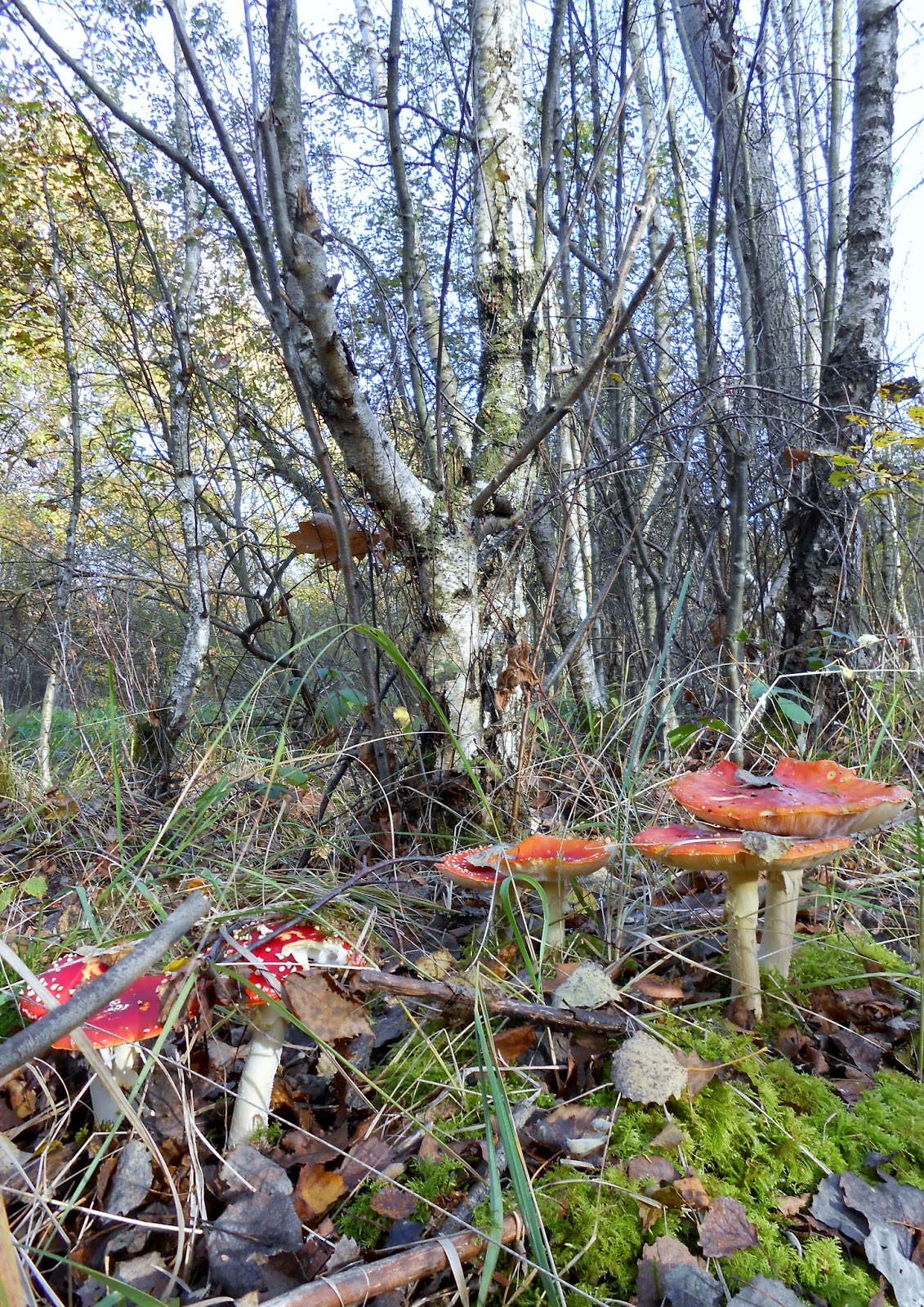 Many of these toadstools were worthy of a fairytale, clustered together in deadly toxicity.... 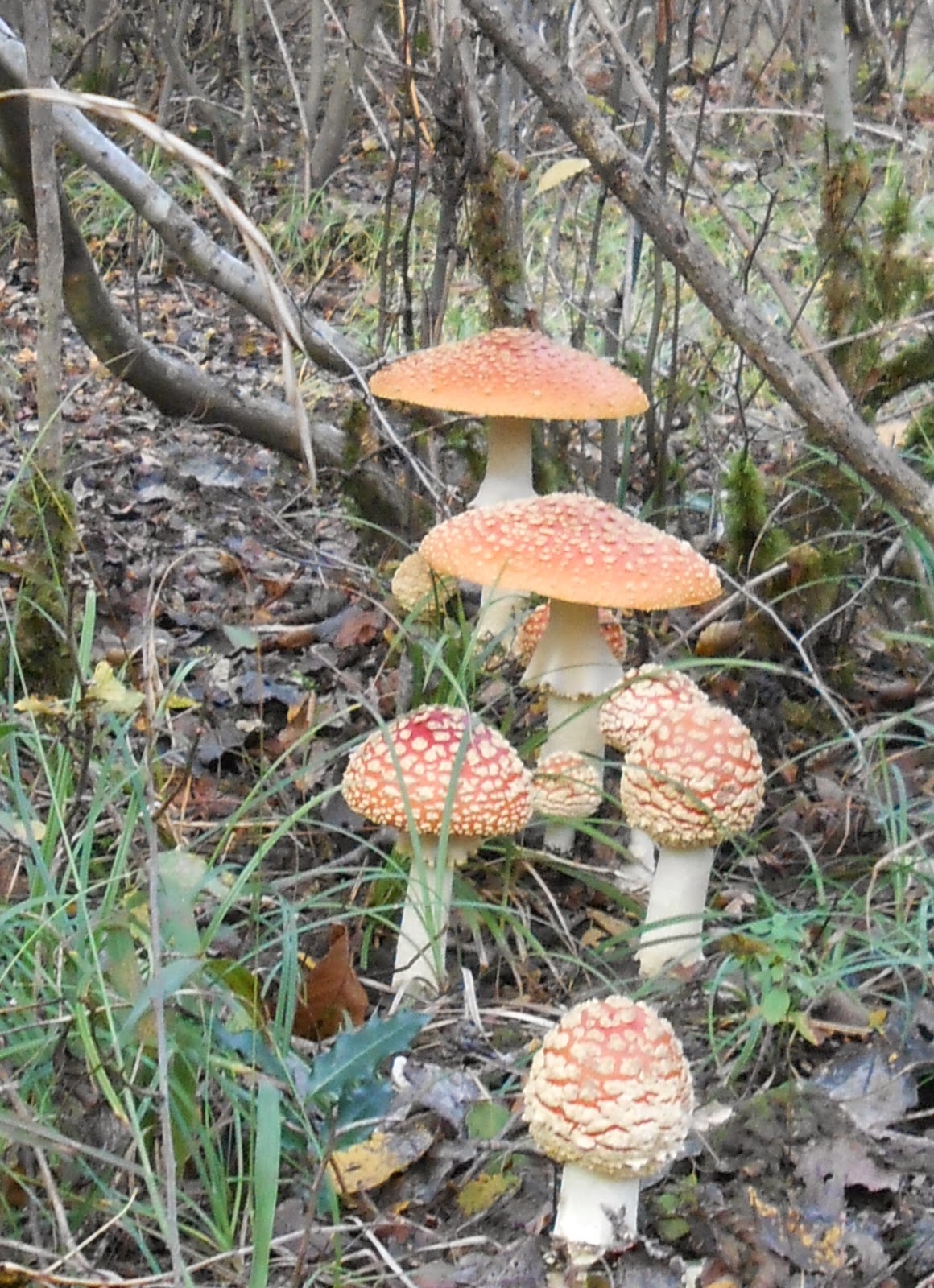 Their bright forms occasionally gnawed by some creature, though probably not the wild boar that populate the woods. Others were just perfect in their fatal beauty... 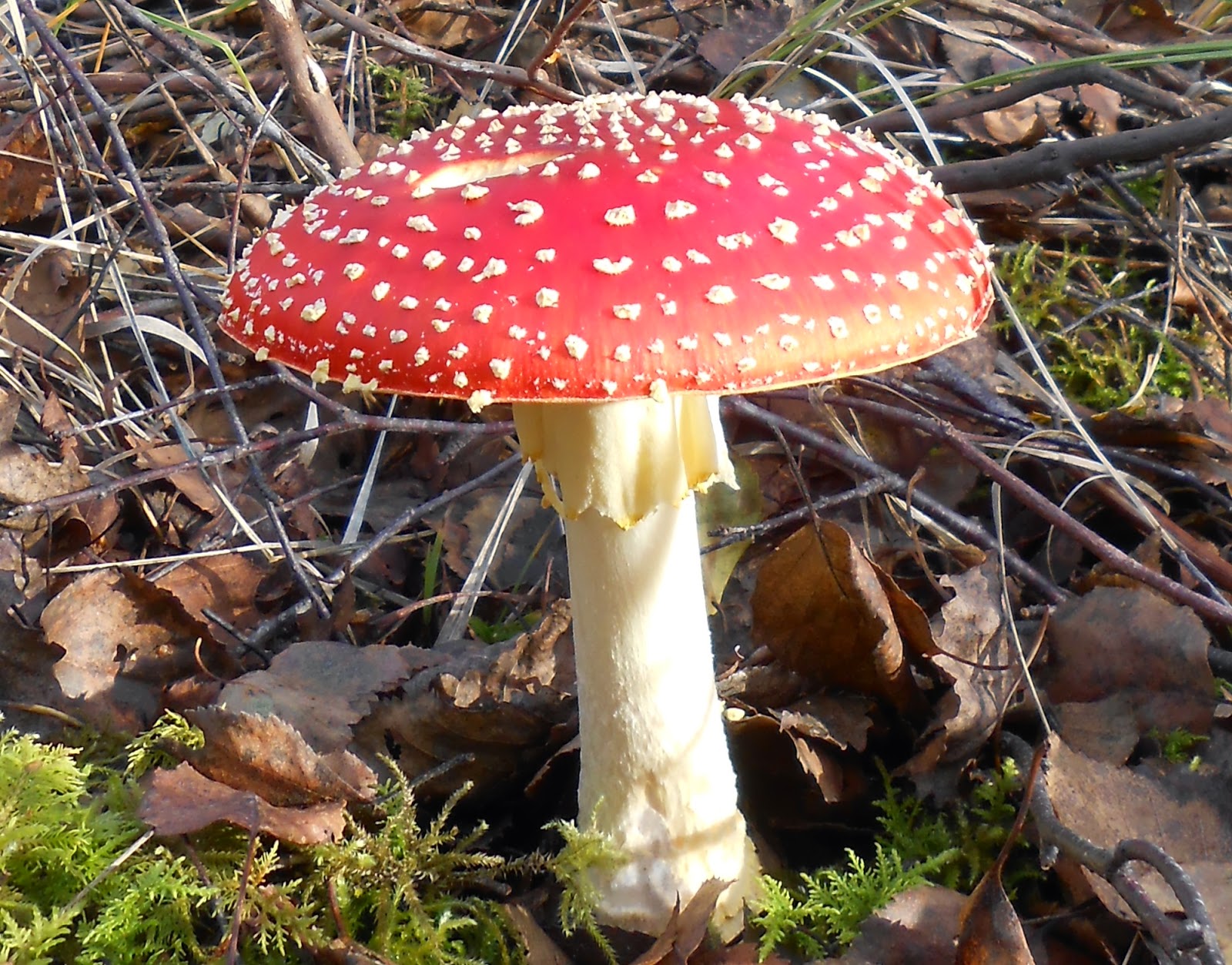 Certain toolstools were more subtle in form and colour, but certainly just as deadly as the more flamboyant varieties. 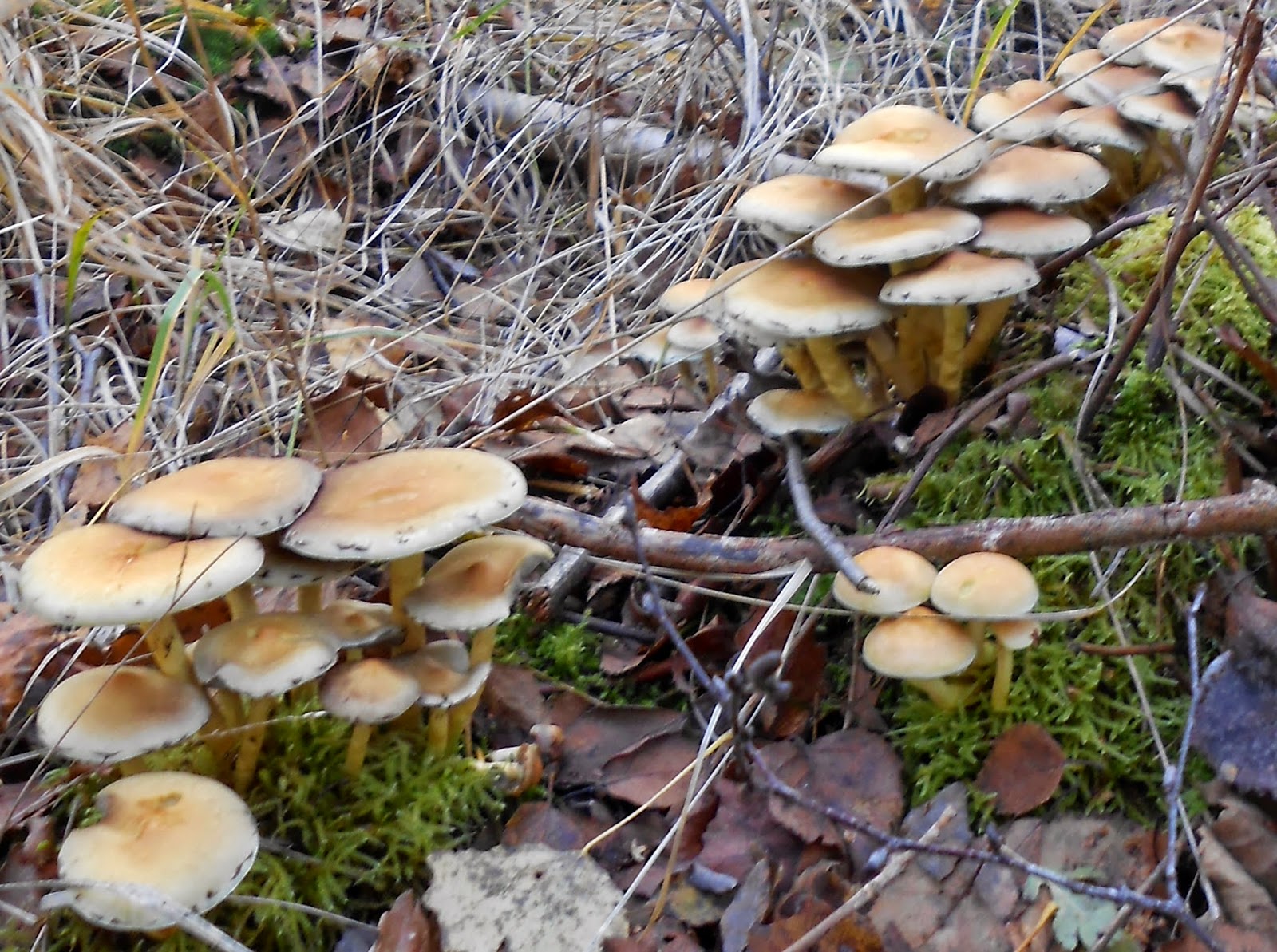 Some appeared to be shrouded in ashy lace, delicately toxic... 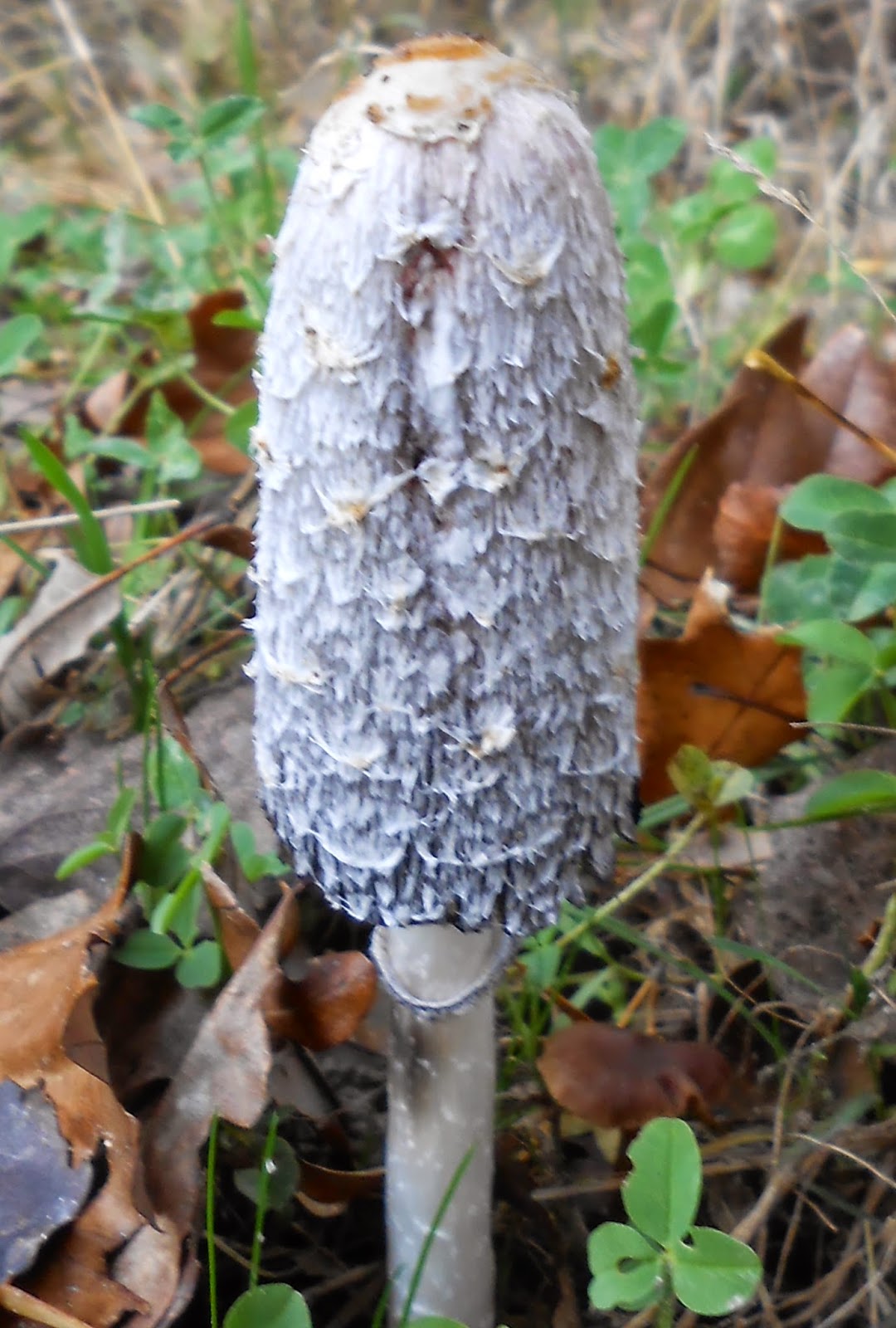 Others appeared to lead away from the main track, as luminous, ghostly forms in the dusk... 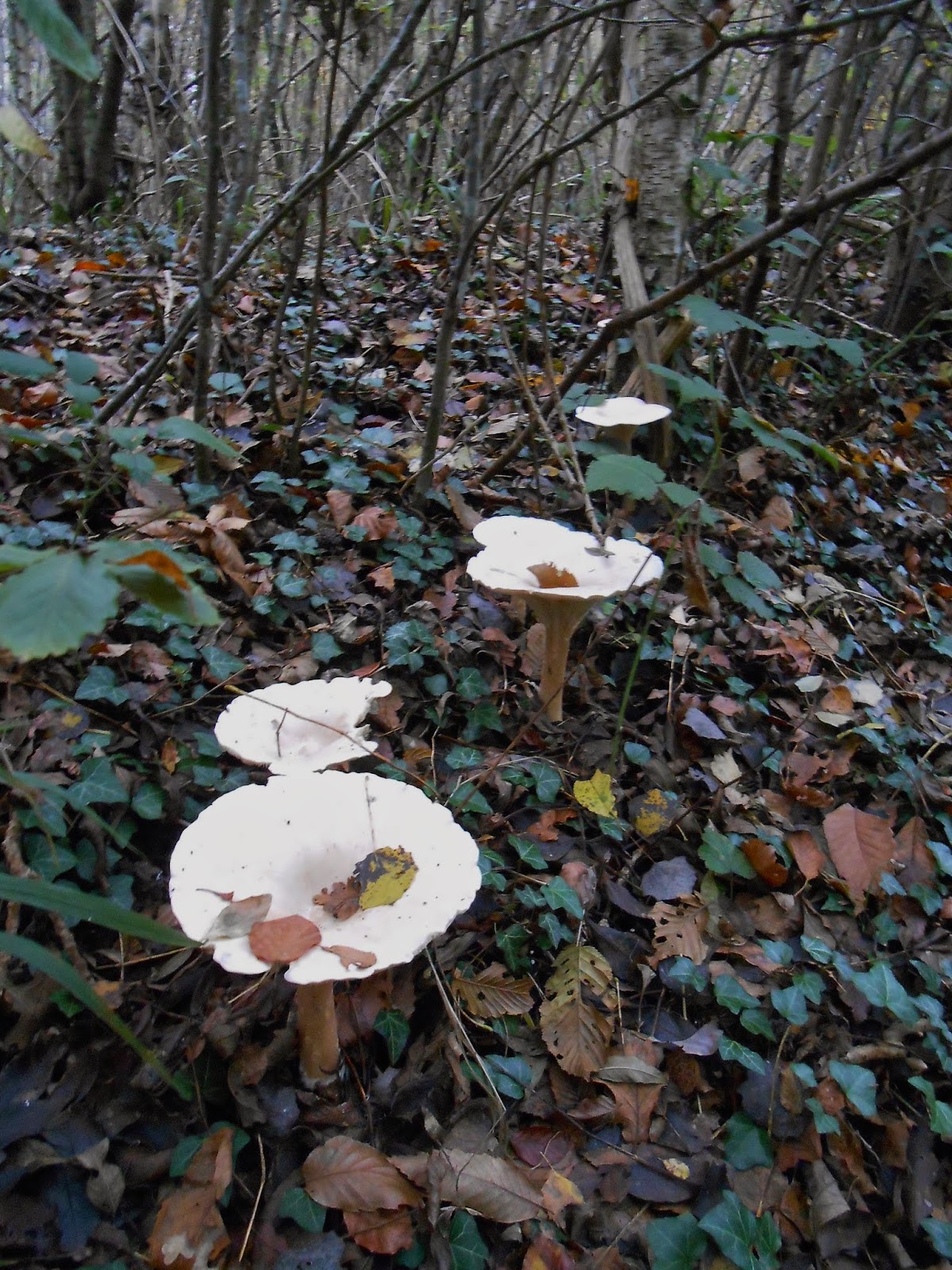 Sadly I didn't see any beasts in the wilderness, but not for the lack of trying... 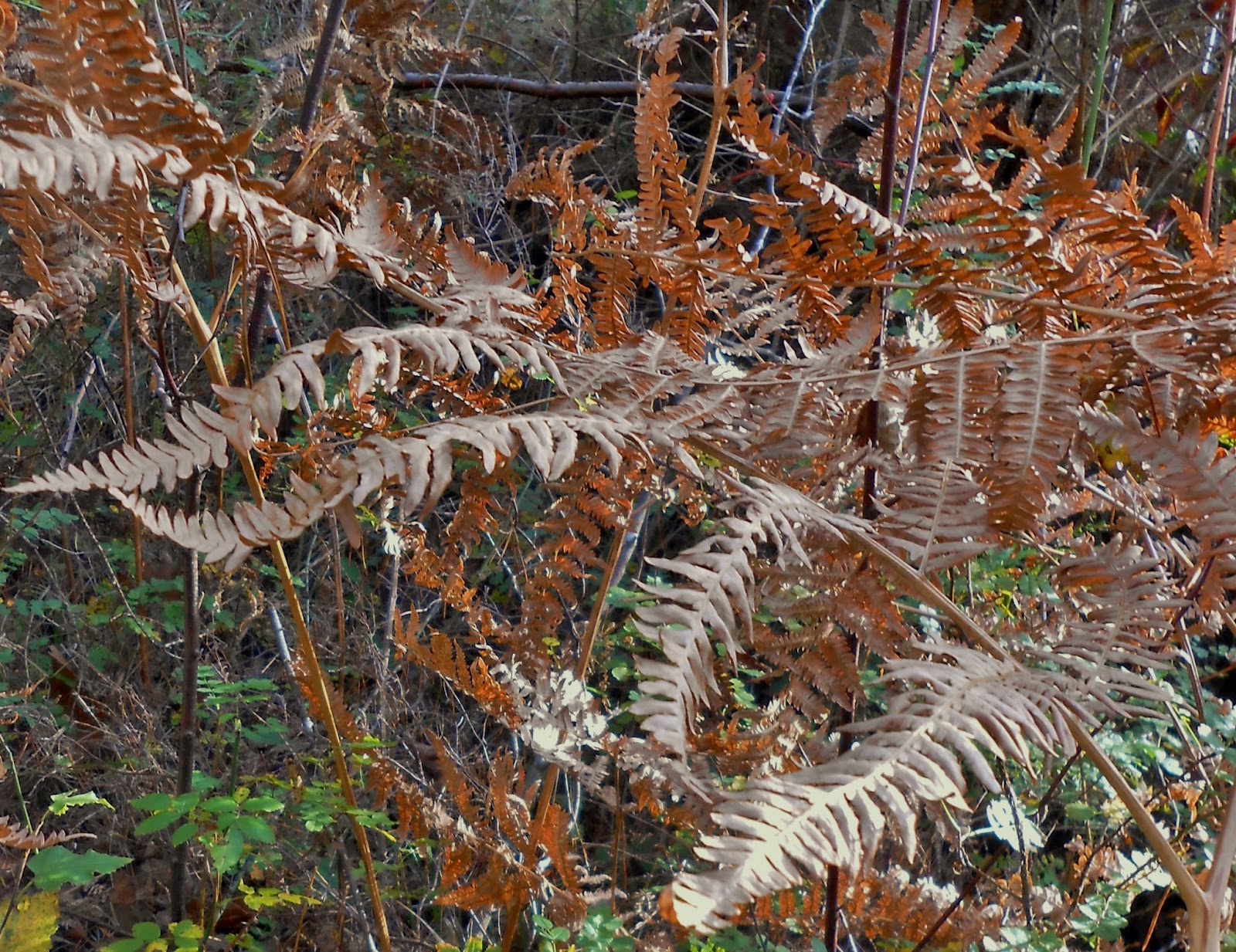 But I did manage to see their traces; here are wild boar (sanglier) tracks in the mud... And I did get very muddy trudging up and down the slopes, but it was worth it. 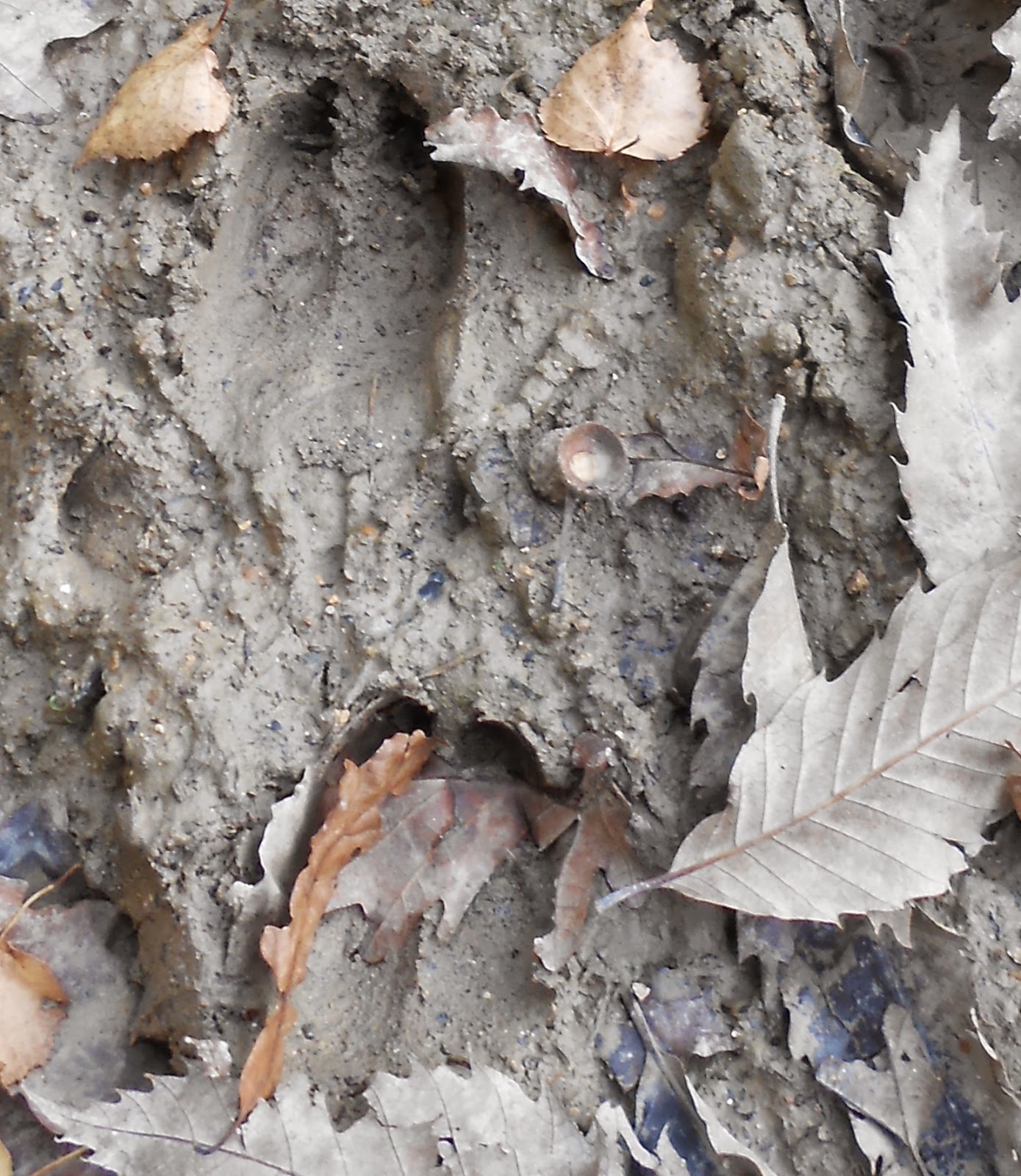 Well, no beasts sighted, with the exception of this tame, feline specimen... 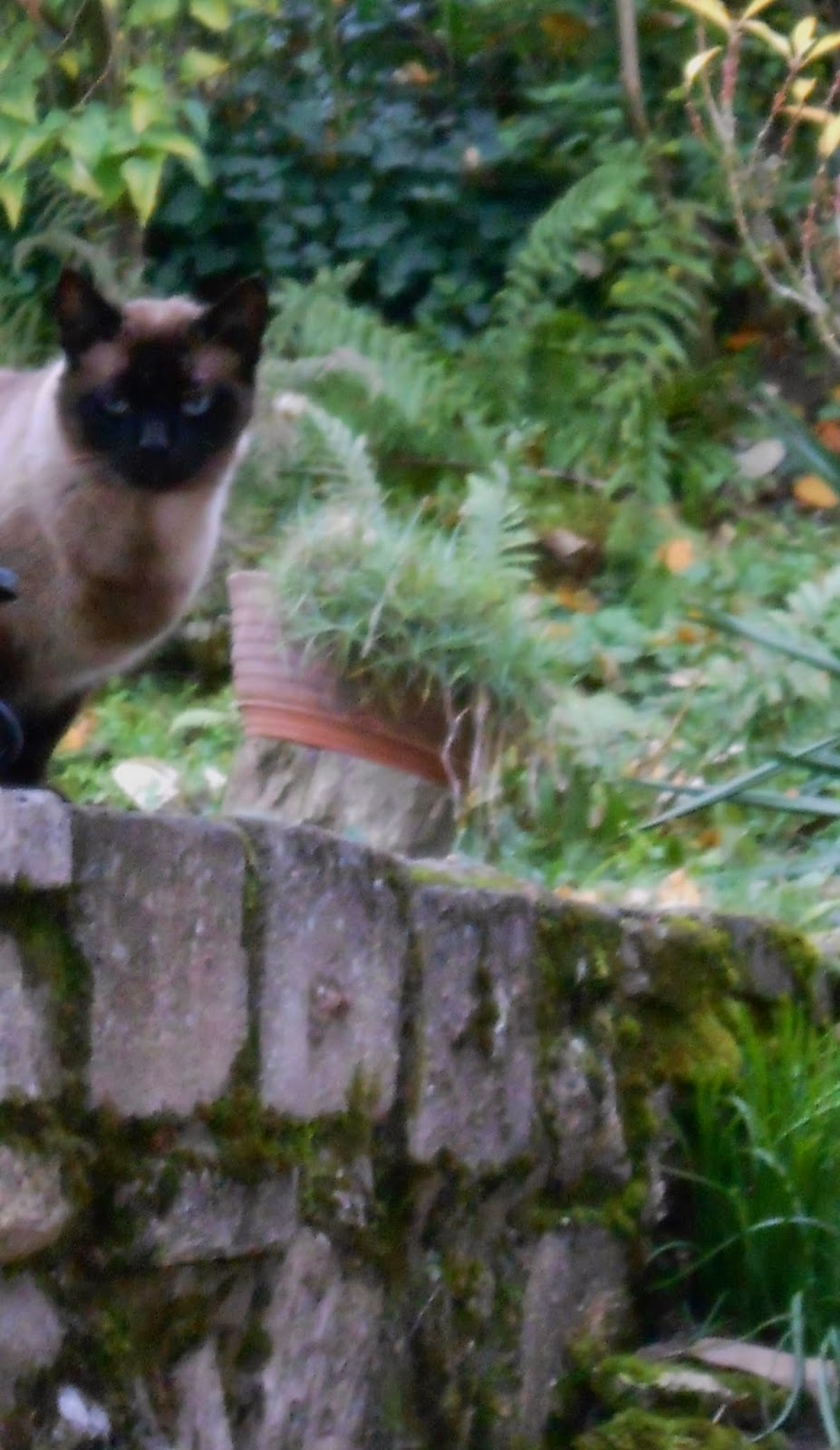 Email ThisBlogThis!Share to TwitterShare to FacebookShare to Pinterest
Labels: Toadstools and Fungi, Woodland