Watched From Above... Friend, Foe or Freak on the Façades? 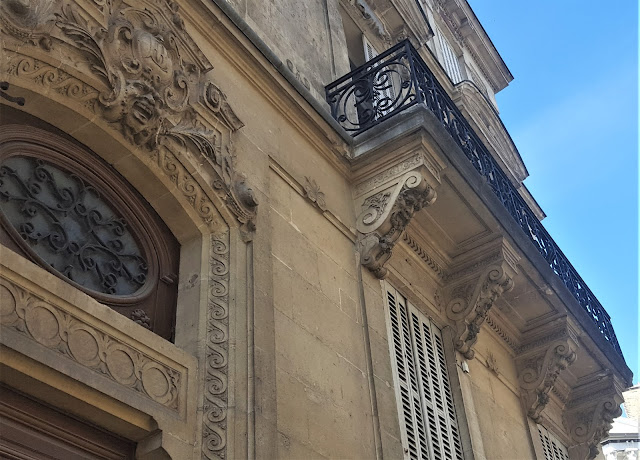 As I am currently plant-sitting, in order to set about my daily watering duties I have to wander along the same city-centre streets each day. On pavement level, these are not necessarily the most interesting to stroll along - no cafés or restaurants, few shop windows, a number of closed shutters. 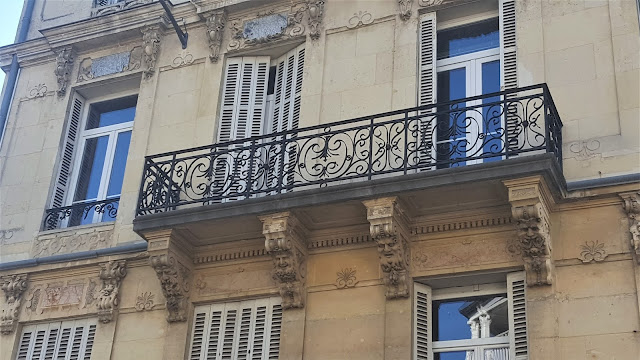 Pedestrians tend to shuffle along, eyes bolted on their phone, minimal attention paid to the other individuals around, just enough not to run into them. Here is social distancing, but not quite as meant by the health authorities in response to Covid 19... It is not entirely surprising that no one seems to notice the swallows that nest in the stonework of the buildings all around, shrieking and swooping along the streets, in search of insects in hot summer air. Of course the architecture that acts as the backcloth to all these daily activities - pedestrian or airborne - likewise goes unnoticed. 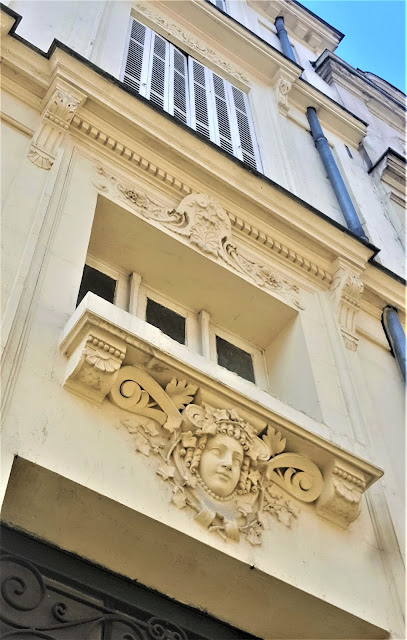 And yet, above the doorways and on the façades of the older buildings there is invariably a world - or bestiary - of human and animal forms. Sculpted beings gaze down
on us lesser mortals in the same manner as they have for almost a hundred years. For indeed, most of the architecure  - including its sculpture -  was built during the reconstruction of Reims, following the First World War. 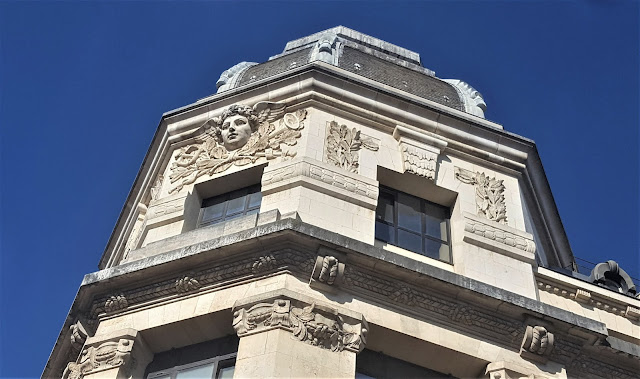 These sculpted figures could tell a tale of two but their expressions are often enigmatic - as if they were amused by our behaviour, or in turn bemused by it! I think they are taking things quite well, considering the events that they have witnessed first-hand over the years, or the injustices they have been subjected to. The Belle Epoque beauties still smile sweetly and strike their poses, despite the layer of city grime that now coats them and the general indifference shown them, with or without the dust and soot. Similarly, these braves belles brush off the fact that they now rub their delicate shoulders with a fine example of mid-20th concrete ungainliness. 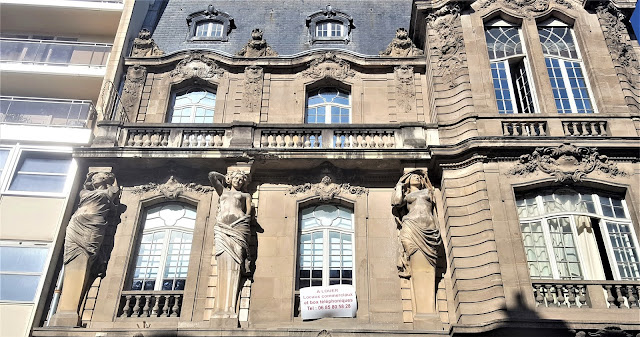 Truth be told, my favourites in this façade parade are far less the fawning, female figures than the faces of freaks and weirdos who gurn and gawp at the ignorant passers-by below! I did not include any of the putti carvings here, I am afraid to say. Give me a scrawny, malevolent gargoyle any day over some plump, winsome cherub... 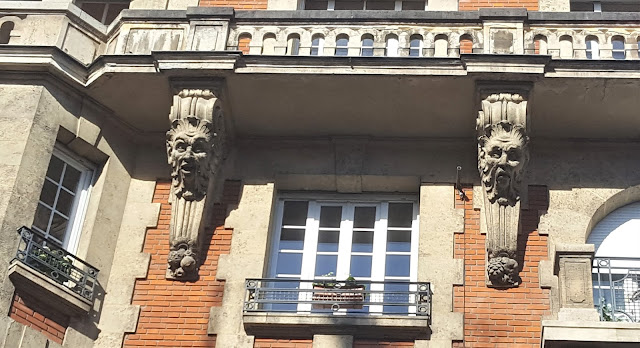 There is often more social exchange between this mischievous bunch than there is between any of the pedestrian screen zombies that trudge along, oblivious to all and everything other than their phone. 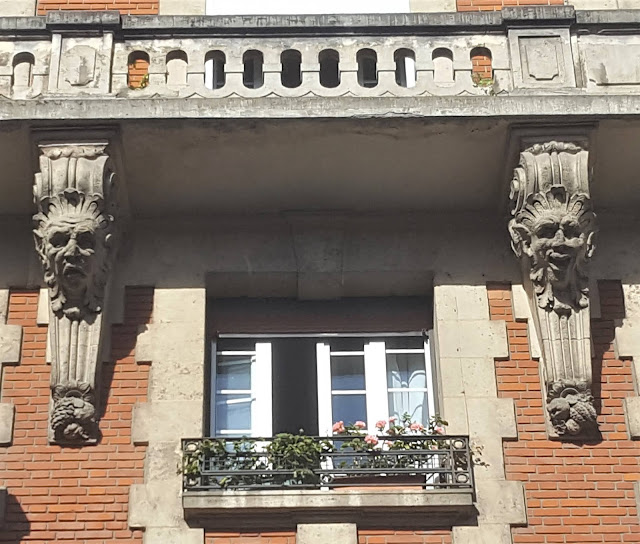 Naturally, the combination of screen addict, eyes riveted downwards, and façade aficionado, head lifted up (and camera too, it should be said....) sets all parties on a collision course - quite literally - as nobody is actually navigating the pavement ahead. 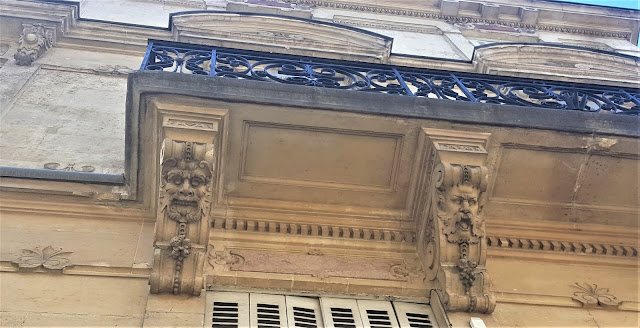 I do wonder for whom these marvellous, monstrous creatures were intended - solely for the pleasure of the eyes, but whose? If it was then considered to be of civic importance to commission and carry out art work -  aesthetically and socially-speaking - when did this no longer apply?

Tastes change, that's normal but if it is mostly down to financial issues, it's enough to make you scream. 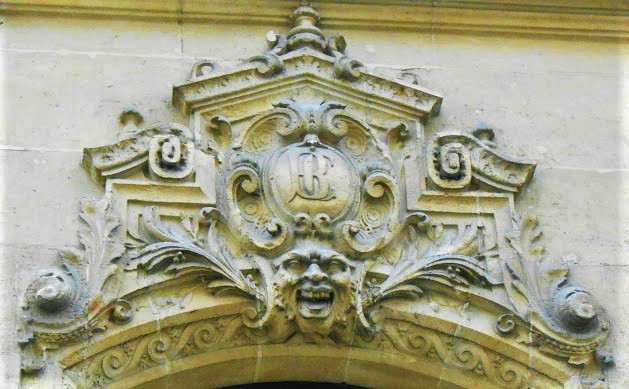 Email ThisBlogThis!Share to TwitterShare to FacebookShare to Pinterest
Labels: Facades