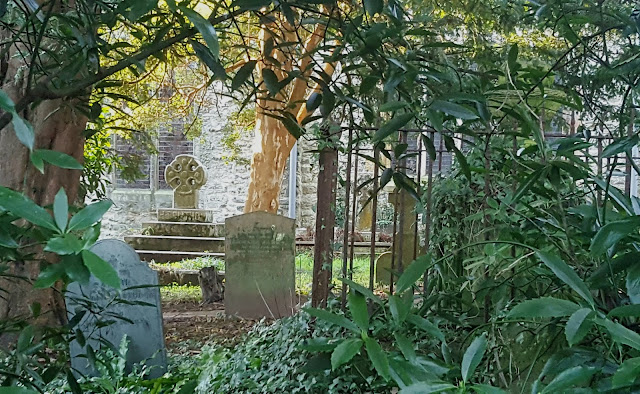 Old graveyards are fascinating with the tombstones and statues, generally swathed in ivy and plants of the undergrowth. I had been wanting to return to this particular church for some time as I remember drifting around here as teenagesr - totally drawn into the atmosphere, and mystery of lives and loves past. Well, times may change, the years past, we grow up and away, although not that much, it would seem... 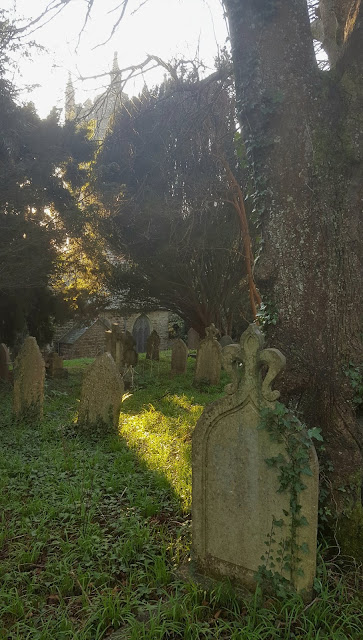 This particular churchyard draws in many visitors, not only for the beauty and tranquility of the grounds, but for a unique feature that I did not even recall from all those years ago. Social media play a key role in the unearthing of personnages and places from the most remote spaces and this is a case in point. I had always thought this one specific grave was set in St Uny's church in Lelant, but in fact, it was on my old parish doorstep all along - here in Gulval, just outside Penzance. 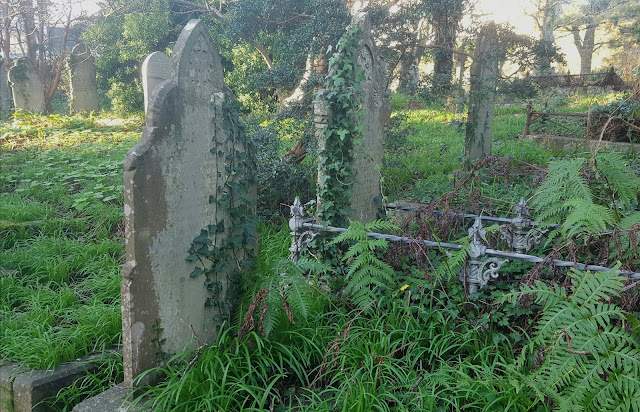 It must have a certain succès de scandale today, though this is surely a notoreity based on folklore and a Poldark-nurtured curiosity meeting reality. Stone slabs wend a protective path towards the plot, preserving it from the trampling feet of tourists, ready to pay their respects. 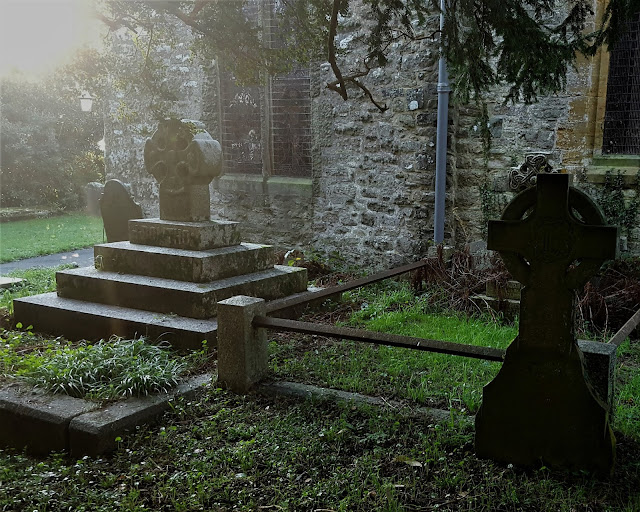 Yet with or without the presence of the earthly remains of the supposed pirate, John ‘Eyebrows’ Thomas, the church grounds of Gulval seem timeless, open to the elements and nature. 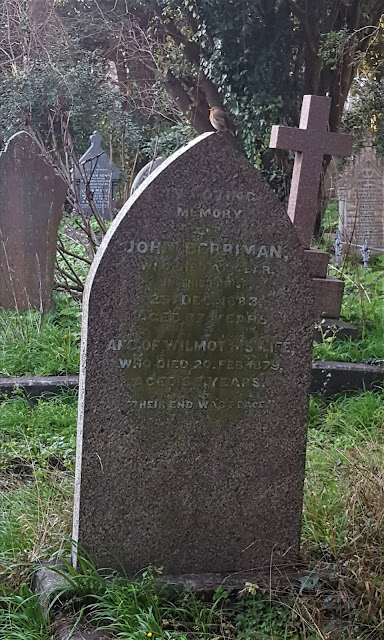 Primroses are already nestling in crevices, whilst the bold, bright green of ferns is set off by the lichen that shrouds branches and stonework alike. Meanwhile, the church door itself is generally padlocked shut, presumably due to the unwanted attentions of visitors who respect nothing but the draw of money and material means. 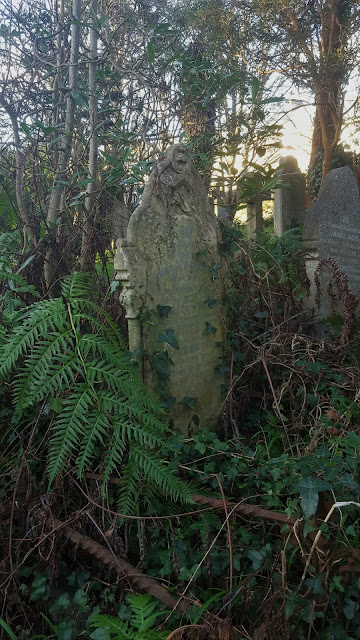 Which perhaps brings us back to the notorious 'pirate and smuggler', John Thomas, baptised in Gulval church in 1692 and returned to the soil of his birth in December 1753. The name John Thomas sounds very unassuming - in fact, as teenagers we were more familiar with its usage to refer to male genitalia... However, the nickname 'Eyebrows' lends a certain distinction, further higlighted by the addition of notable facial adornment on the skull-and-crossbones carved on the tombstone itself! 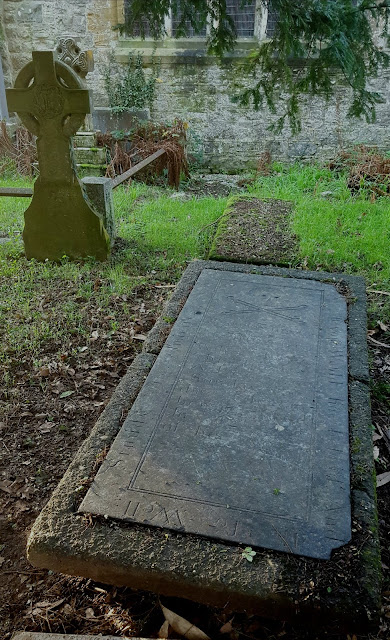 For all the fame now associated with his intriguing grave, the figure of John Thomas seems to hide more questions than offering concrete answers, but it would appear that he died a wealthy man. At a time when a man's worldly fortune would amount to  two or possibly three digit figures, JT left a sizeable estate of several proporties and a bequest of over £2000. The provenance of that wealth was linked to smuggling, although the exact definition of this term is subject to discussion, since certain protectionist sea-farers were permitted by Royal certificate to attack and plunder any foreign vessel in local waters - in and around Mount's Bay. 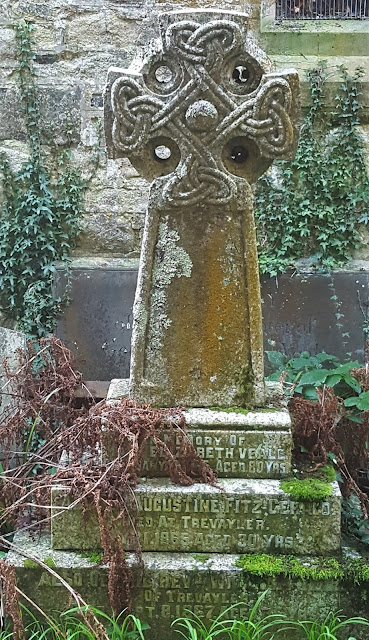 Furthermore, the inscription on the tomb seems to be an elogy of the deceased, rather than a warning to the living.

Study to imitate, you won’t excell,

If you would live beloved and die so well. 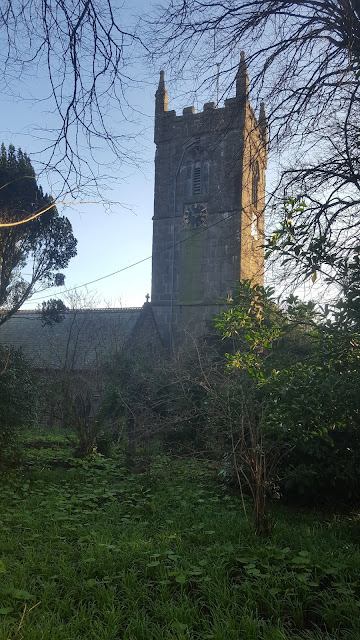 John Thomas is but one individual, here in Gulval, who left this world for 'a better' centuries ago. Around his resting place, lie many others, whose solid Cornish names leave little doubt to their origins, and whose mortal years are often long, contrary to the idea that lives were typically short and brutish in bygone times. There are others, of course, whose inscriptions still convey the overwhelming sadness of loss and suffering - pain beyond the grave. But the message to take away from this, I suppose, is the beauty we can take from life and nature. That also seemed to be appropriate end to this year, looking forward to the new... 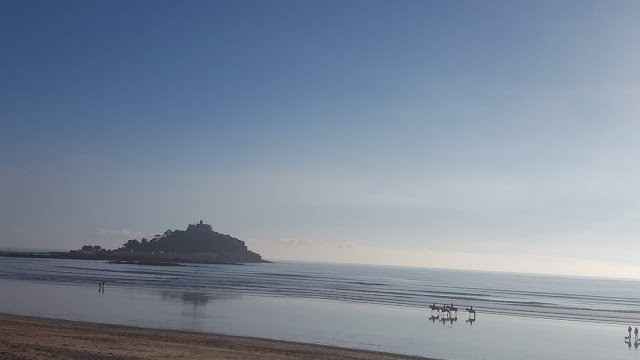 Email ThisBlogThis!Share to TwitterShare to FacebookShare to Pinterest
Labels: Cemeteries