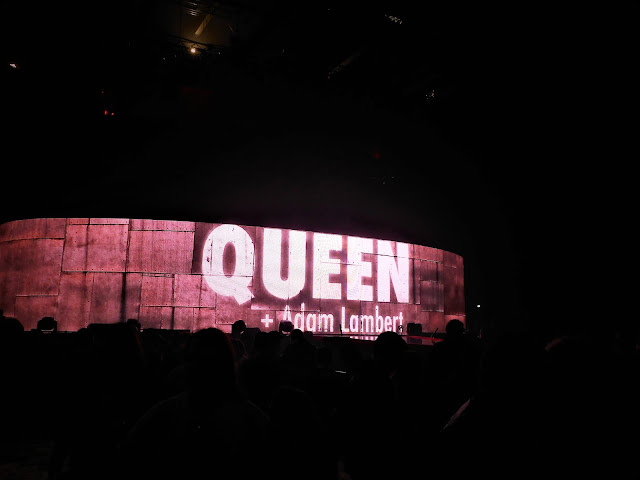 Twenty-six years ago today, Freddie Mercury died. Whilst no one could ever take his crown, Queen is able to carry on, with Adam Lambert in place as frontman, giving a new twist to all those amazing songs that ran as a soundtrack to youth.


The show does indeed go on, and I went to the French concert two weeks ago, in Amnéville.
There was indeed much dancing and singing that night, but looking at the lyrics of many of the songs afterwards, I realised just how pensive some of these are.

You can be anything you want to be
Just turn yourself into anything you think that you could ever be
Be free with your tempo, be free be free
Surrender your ego - be free, be free to yourself

Oooh, ooh -
If there's a God or any kind of justice under the sky
If there's a point, if there's a reason to live or die
If there's an answer to the questions we feel bound to ask
Show yourself - destroy our fears - release your mask
Oh yes we'll keep on trying

I hadn't realised, either, that Freddie Mercury had been such a big cat fan...


Nothing could tarnish the appeal of Queen; my children grew up to a similar playlist as mine!