A Poet of Street Posters... Levalet

Well, last few hours of this month, and not a single post to show for July so far... However, I have been very preoccupied by walls; scrapping off old paper (kindly pasted directly onto plasterboard), replastering, sanding and applying paint. Still one more room to go. Until that's finished, the domestic chaos will continue. Despite that, I was able to sight these beautiful street posters that appeared on the walls of Reims earlier in the summer. The one above, Battre en retraite (Retreat), is near the cathedral car park, and I really liked the Middle Age theme, with the dignified progress of the mounted knight recalling the historic importance of Reims (Cité des Sacres de rois de France) set against the scruffy modernity of the town centre. 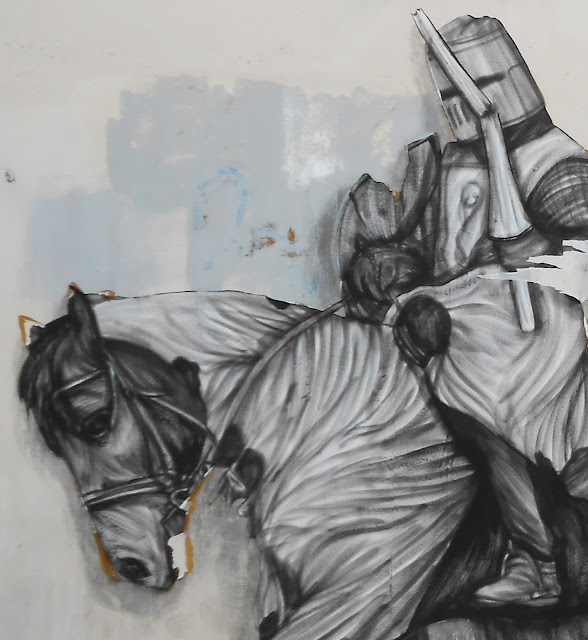 While the rider looks towards us quite defiantly, the horse seems resigned to his fate, trailing along the pots and pans behind him. Intégration is another poster applied to the scaly, distressed paintwork of an initially bland city wall in the centre of town is equally impressive, showing a group of young men loiteiring around. The yellow used in this work lifts out the dull colours of the ugly stretch of wall behind, and the road markings on the kerb to great effect. Shame the real-life loafers of Reims have taken it upon themselves to rip off parts of both posters, but hopefully the artist will provide some more pieces in the future.

Charles Leval - 'Levalet' is the artist in question, from the city of Epinal, itself known for its characteristic printwork (Imagerie d'Epinal). Although an art teacher in the national education service, he turned towards developing his own artistic pursuits in street art, which enabled him to use the numerous personal drawings that he had accumulated. Like the street art of  C215, (much of which is still visible around Reims), the largely black-and-white drawings of Levalet can now also be seen in many cities around the world - inhabiting urban landscapes with a strange harmony of contrasts. Apparently, work by Levalet will be shown in Paris from September, in the Galérie Géraldine Zberro in an exhibition entitled Under Cover...
And now back to my sanding.... 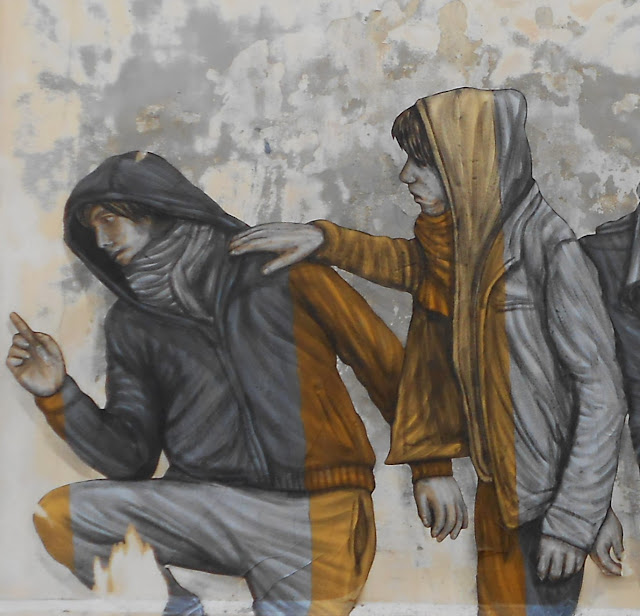 It's the beginning of September now, and another new one just caught my eye, floating above an old shop window. 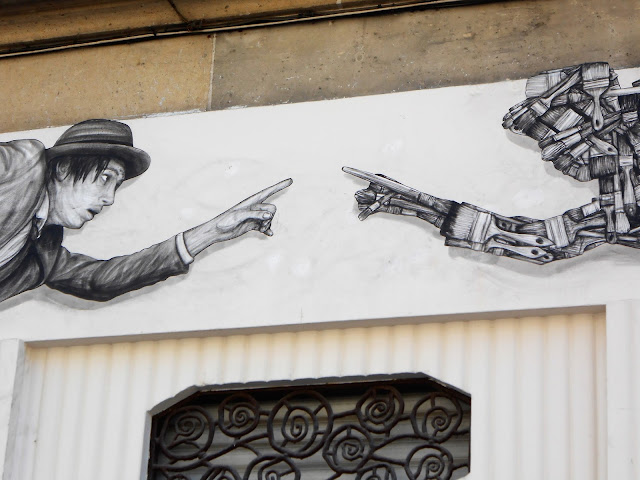