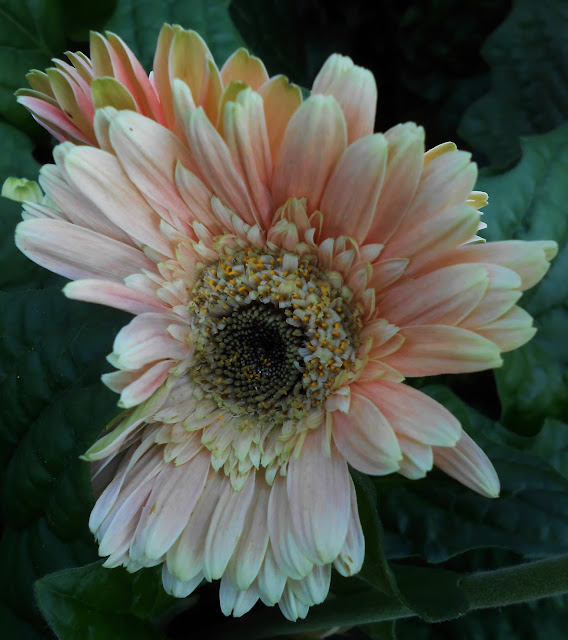 As I haven't been out to the countryside for a while, I thought I would get a flower 'fix' via the local garden centre. 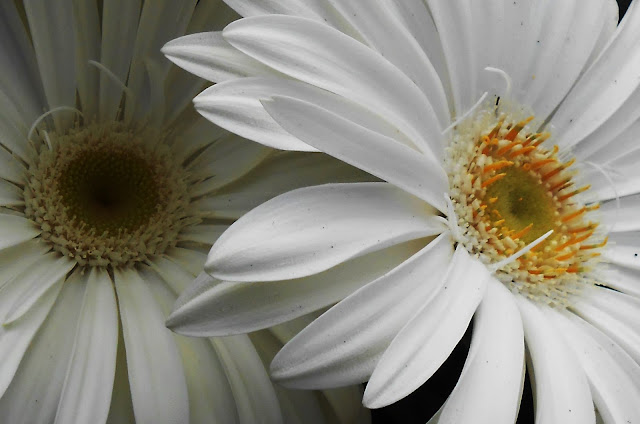 A large part of the premises was closed off, in preparation for the Christmas display, meanwhile another area was being set aside for a tsunami of customary potted Chrysanthemums for the Toussaint. Nevertheless, there was a great array of Gerbera daisies. 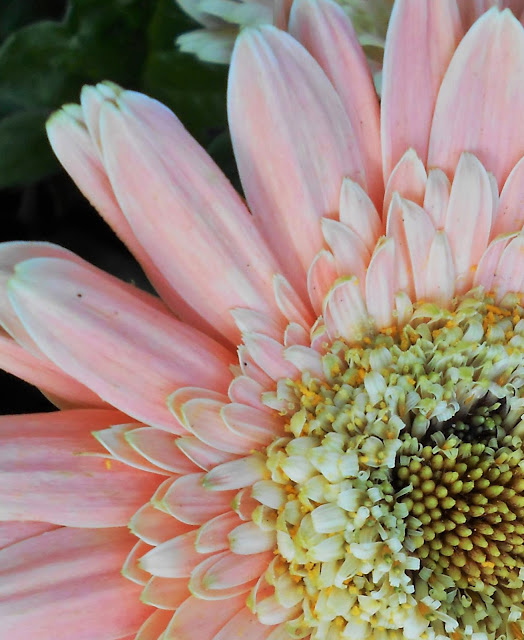 From a distance these were very pretty as a mass of jaunty colour, and up close their intricate details were also quite fascinating. 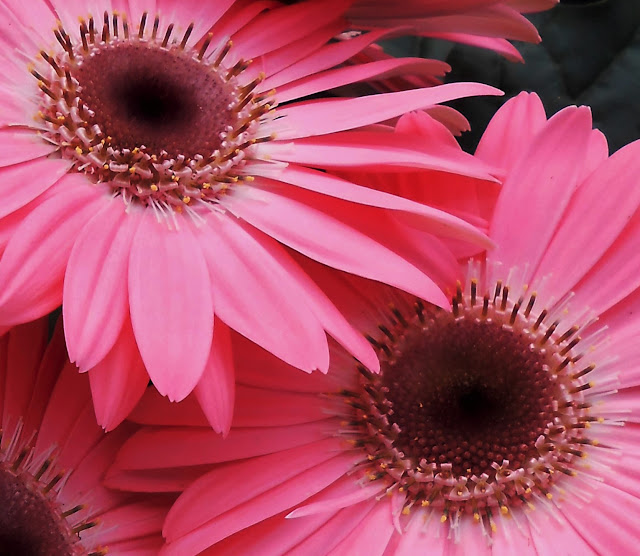 The flower disk at the centre is composed of the pollen-bearing anthers which are on the top of the stamen stalks. These looked rather like birthday-cake candles... 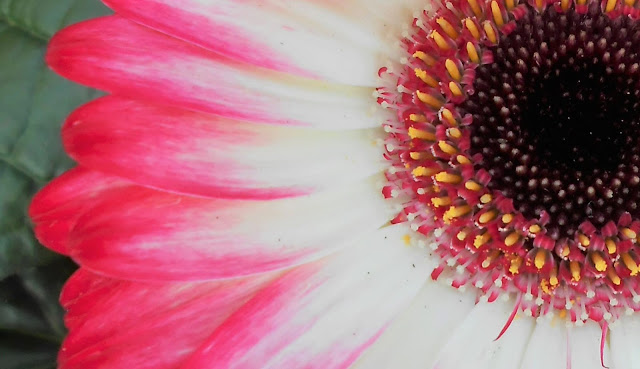 This flower originated in South Africa, and some of the more vibrant colours add a real brightness to these muted autumn days. 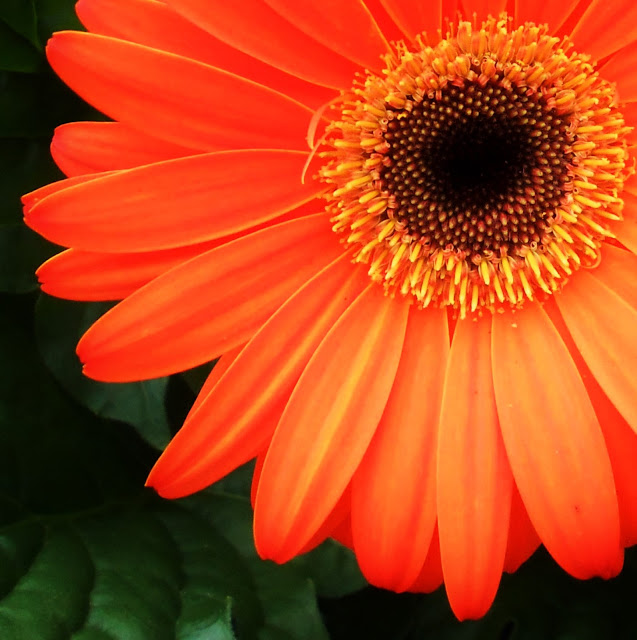 As with the Chrysanthemum, the petals of the Gerbera resemble delicate, waxy feathers and you just want to touch them! 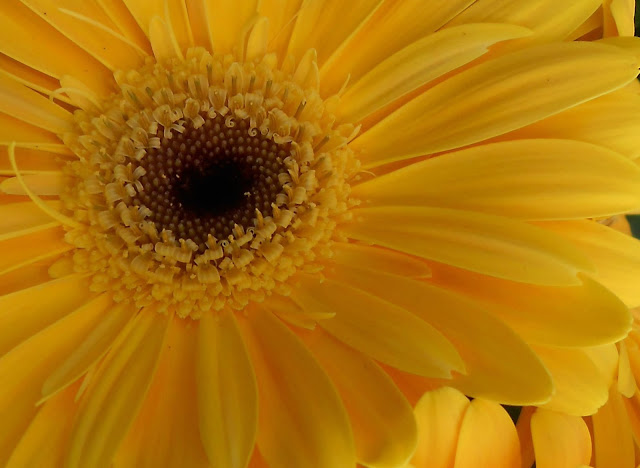 In fact, some of the colours were just so intense that my camera had difficulty reproducing them! The golden pollen powdered on the petals seemed all the more striking when set against some of these. I'm looking forward to returning to admire the Chrysanthemums in a few weeks' time... 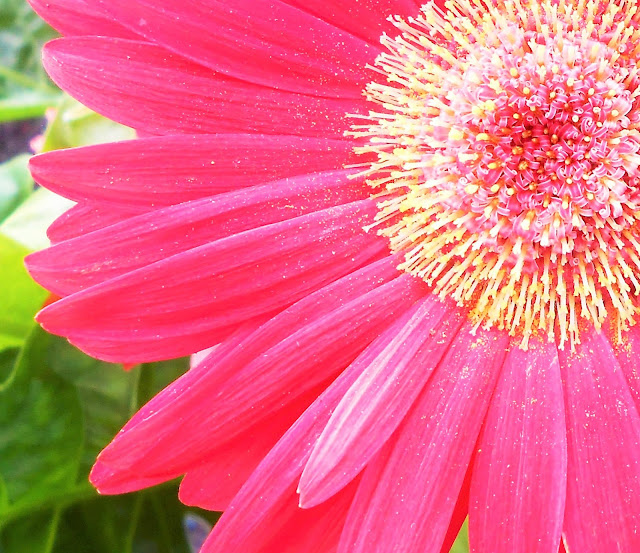