A bit of Serenity...

Between sessions of (unsuccessfully) trying to get to grips with the theoretical aspects of driving, I've been watching the 2007 series The Tudors. Watching this dramatisation of the tyrannical ravings and ravaging of Henry VIII towards anything and anyone who thwarted his rather flexible personal agenda was both fascinating and horrific. Simply from an architectural/aesthetic point of view, his determination to disband the monasteries, convents, friaries and priories was fearful and the result one of wanton destruction. 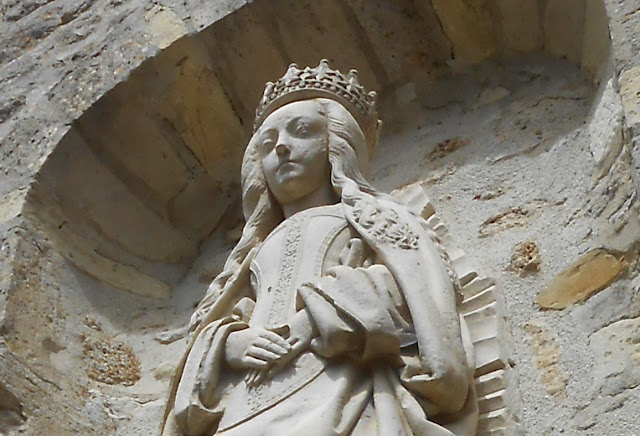 I've also had the chance to visit a few towns and cities here recently, all with their own cathedrals and churches, and each with their own history. Again, the havoc wreaked by war and Revolution is shocking and you can't help wondering what the landscape would be like today if the past had not been so punctuated by political, social and cultural reactions and counter-reactions, each leaving its own mark.
Right, back to that highway code. Driving.... Hmm. It's driving me MAD and I end up ranting at the computer screen in frustration. Not one little bit of serenity or smoothness in this particular learning curve!!!
Posted by Beach-Combing Magpie at Saturday, July 30, 2016