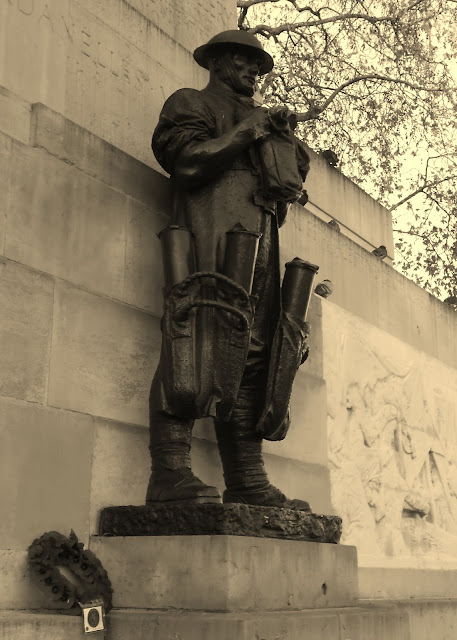 What I did not know, until looking into Jagger's career for this post, is that the imposing statue in front of which we have always passed when boarding the train at Paddington station was also sculpted by Jagger... That one has always caught my attention, but I had never made the association between that figure and those of the Hyde Park memorial.
Posted by Beach-Combing Magpie at Wednesday, November 11, 2015