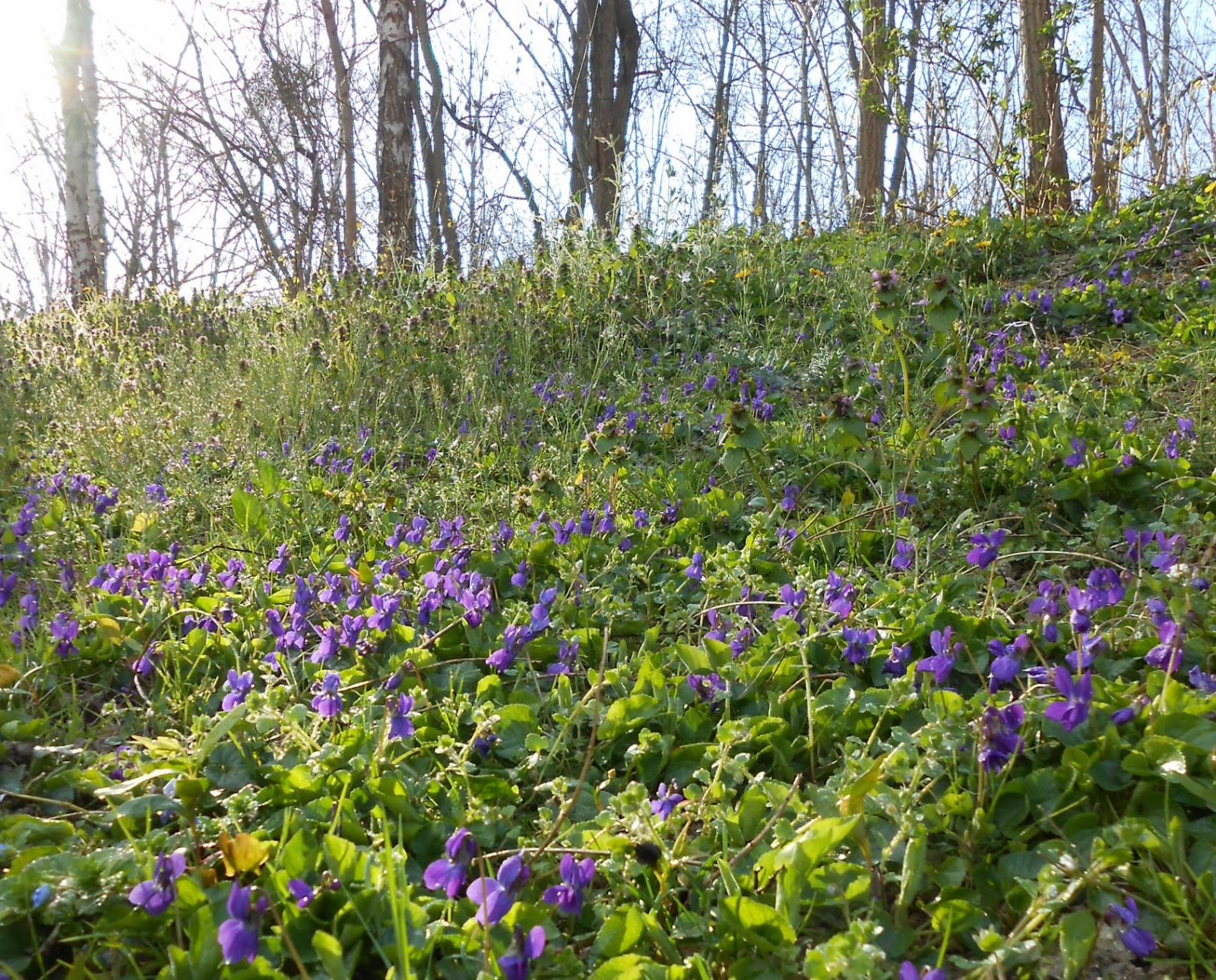 This is the magical period of transition, just before spring truly arrives. The buds are beginning to burst out everywhere, discretely but surely in their strange determination. The green haze of new folliage hasn't emerged yet, but it's simply a question of days. Meanwhile, on ground level, bands of blue have sprung up, as violets, muscari and anemones pierce through the shadows and undergrowth of the banks, with jewel-like colours. 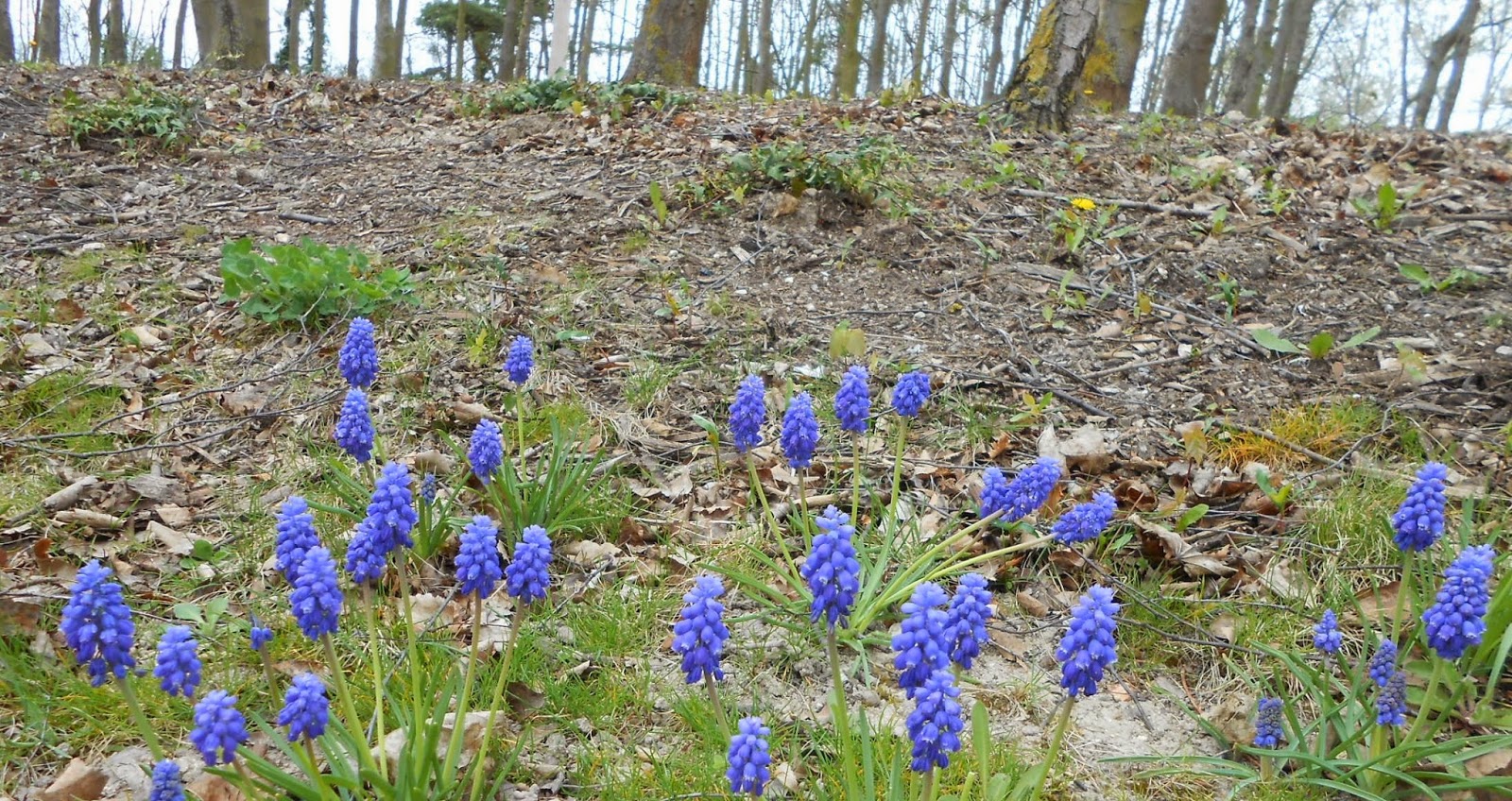 The azur and purple of the flowers create a blue note as their modest beauty combines with the delicate scent from the violets. The senses are mixed in the most discreet, almost imperceptible way, unlike the heady effect that comes with the perfume of the full-blown flowers of summer. Here, the blue note is one of that transitional zone as winter gives way to spring. 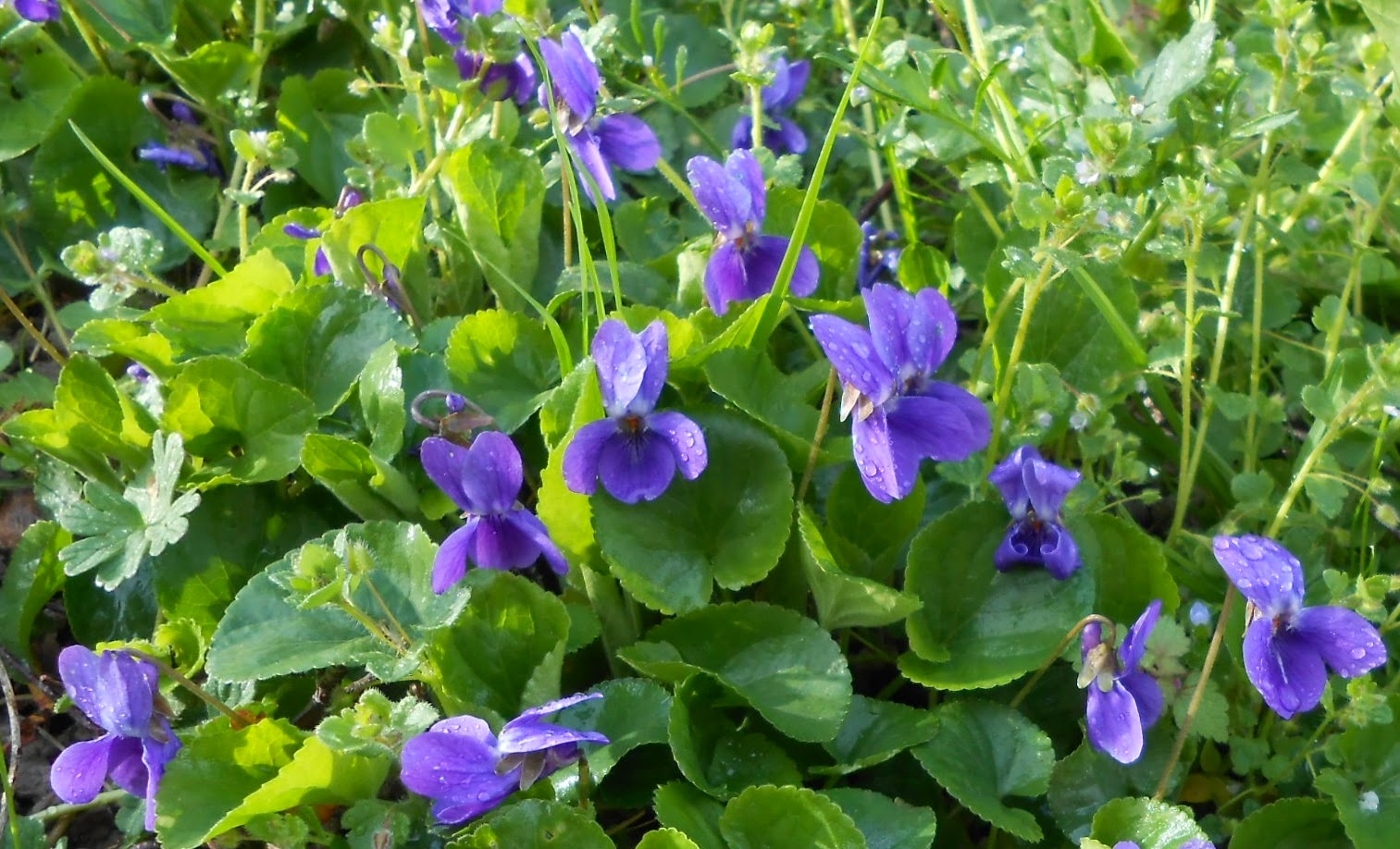 The blue note  was a reference made by George Sand to a conversation between herself, the painter Delacroix, the composer Chopin and the writer's artist son, Maurice Sand. Chopin listened in to the discussion on 'coloured music' or the hearing of colour in music as he himself improvised on the piano. 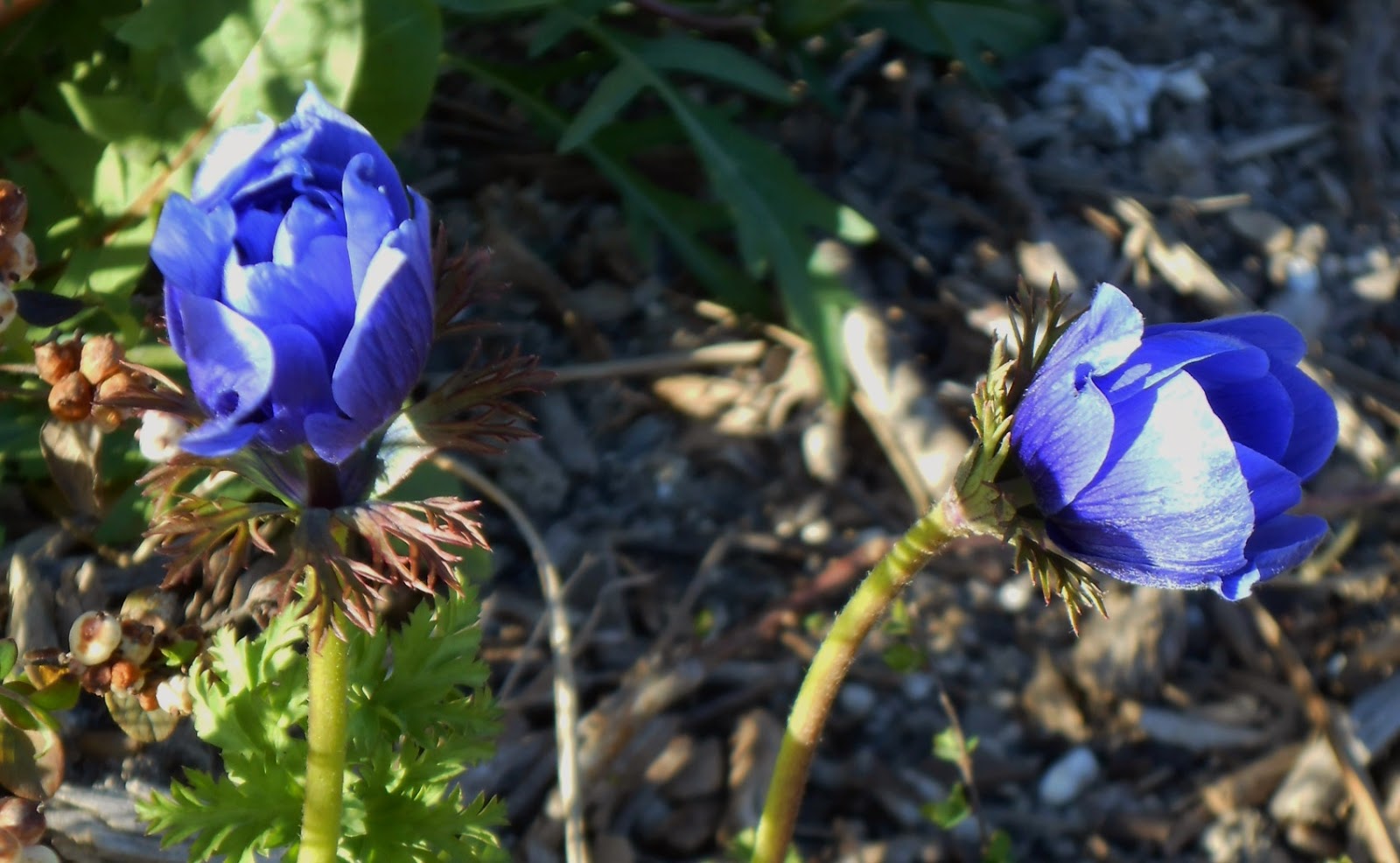 This was in fact one possible link in the association of the five senses, synaesthesia, which led to multi-sensory experiments in the artistic genres from the 19th century. 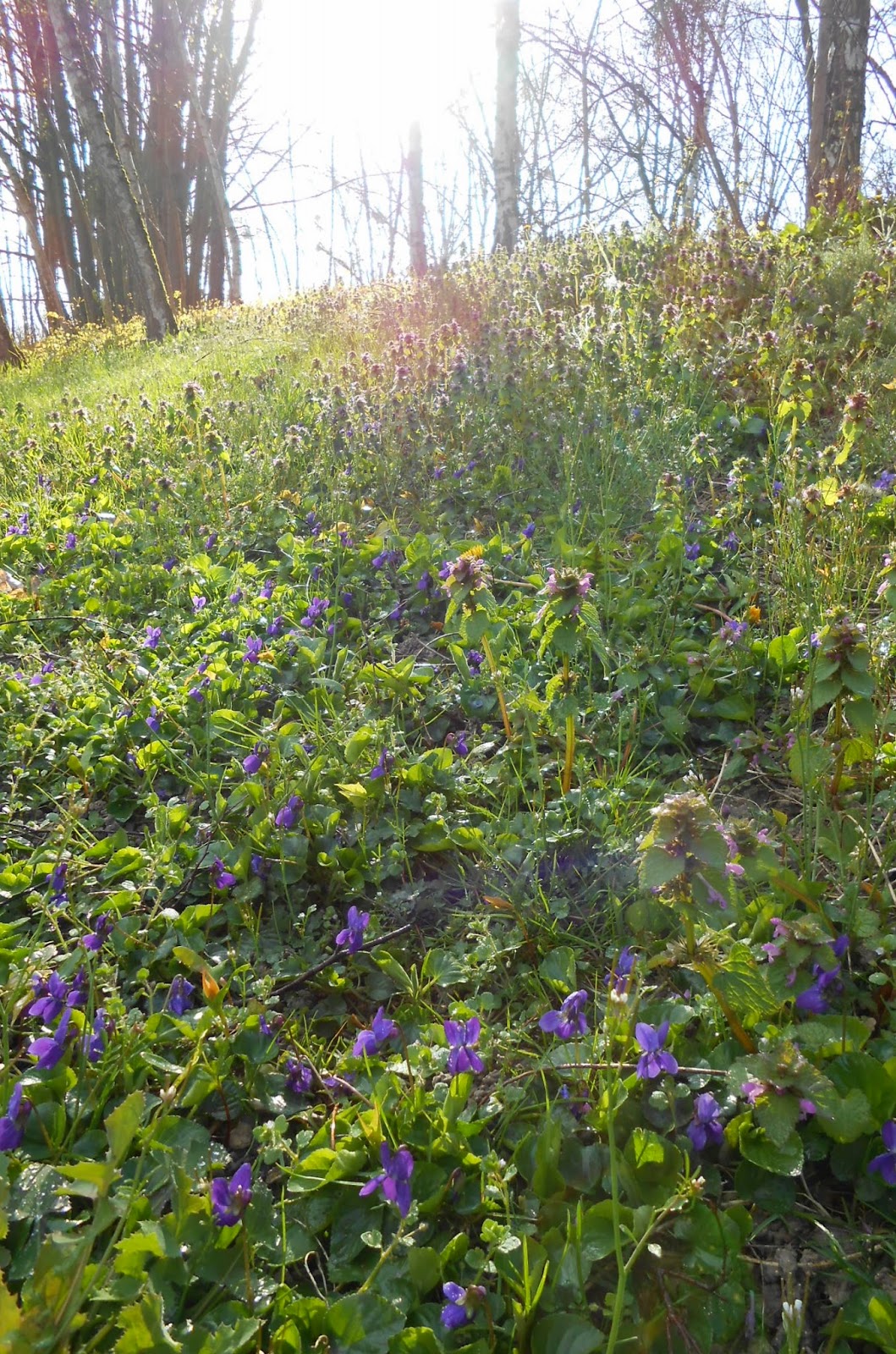 Trying to find the correct colouration in the notes on his piano, Chopin remarked that he couldn't even capture the form in the fleeing reflections and shadows and outlines, let alone the appropriate 'tint'....

Delacroix assured him that the one could not be found without the other; they would inevitably come to him together. When Chopin wondered what would happen if he only found moonlight, Maurice replied that the music would, in that case, be the reflection of a reflection. Chopin continued to experiment.

As she later wrote in her work, Impressions et Souvenirs, at this point George Sand and the others felt the sensation of colour fanning out in harmony with the undulating notes of music. Then the blue note resounded, surrounding everyone in the azur of the transparent night... 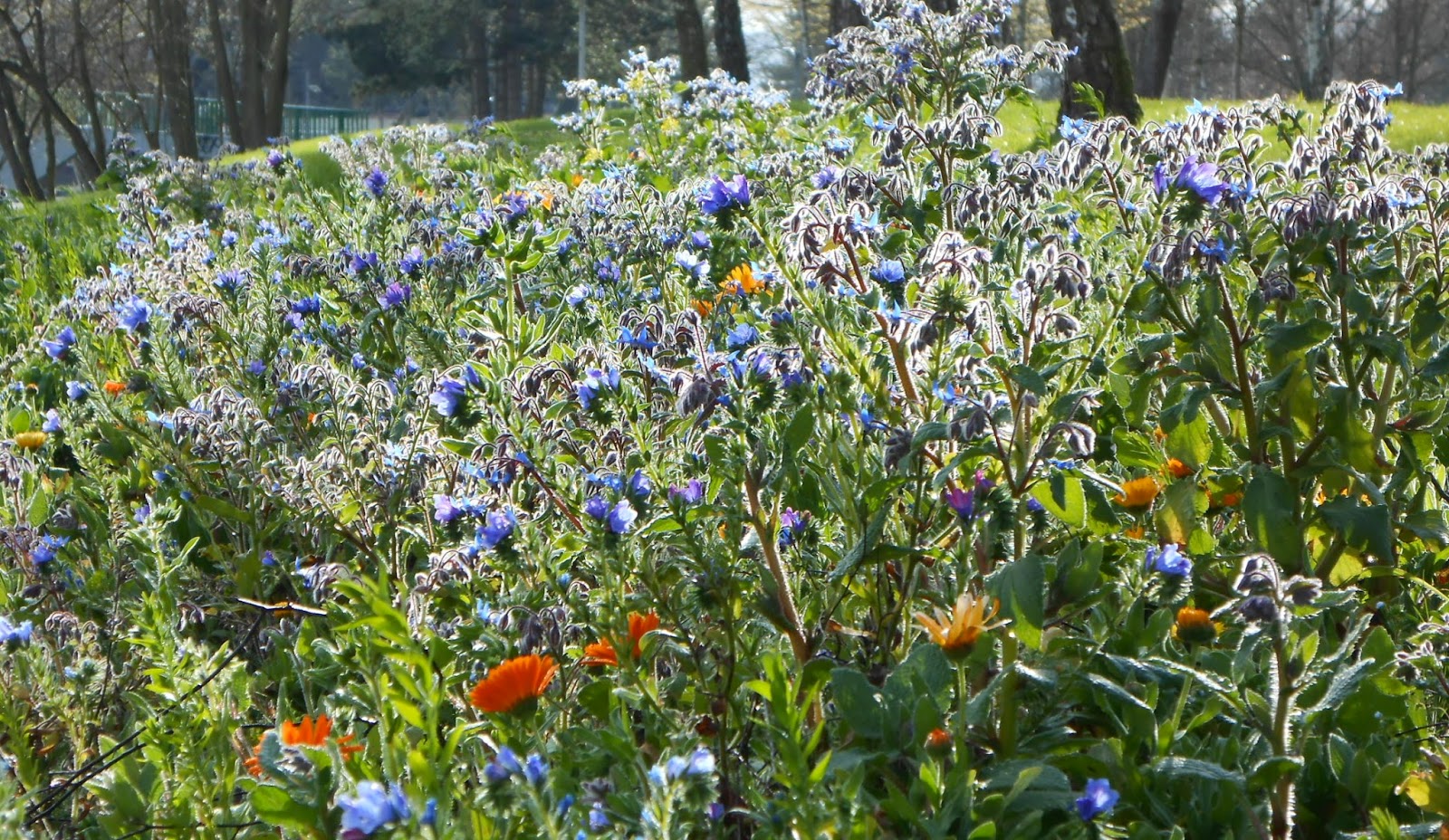