One is one and all alone and ever more shall be so.... 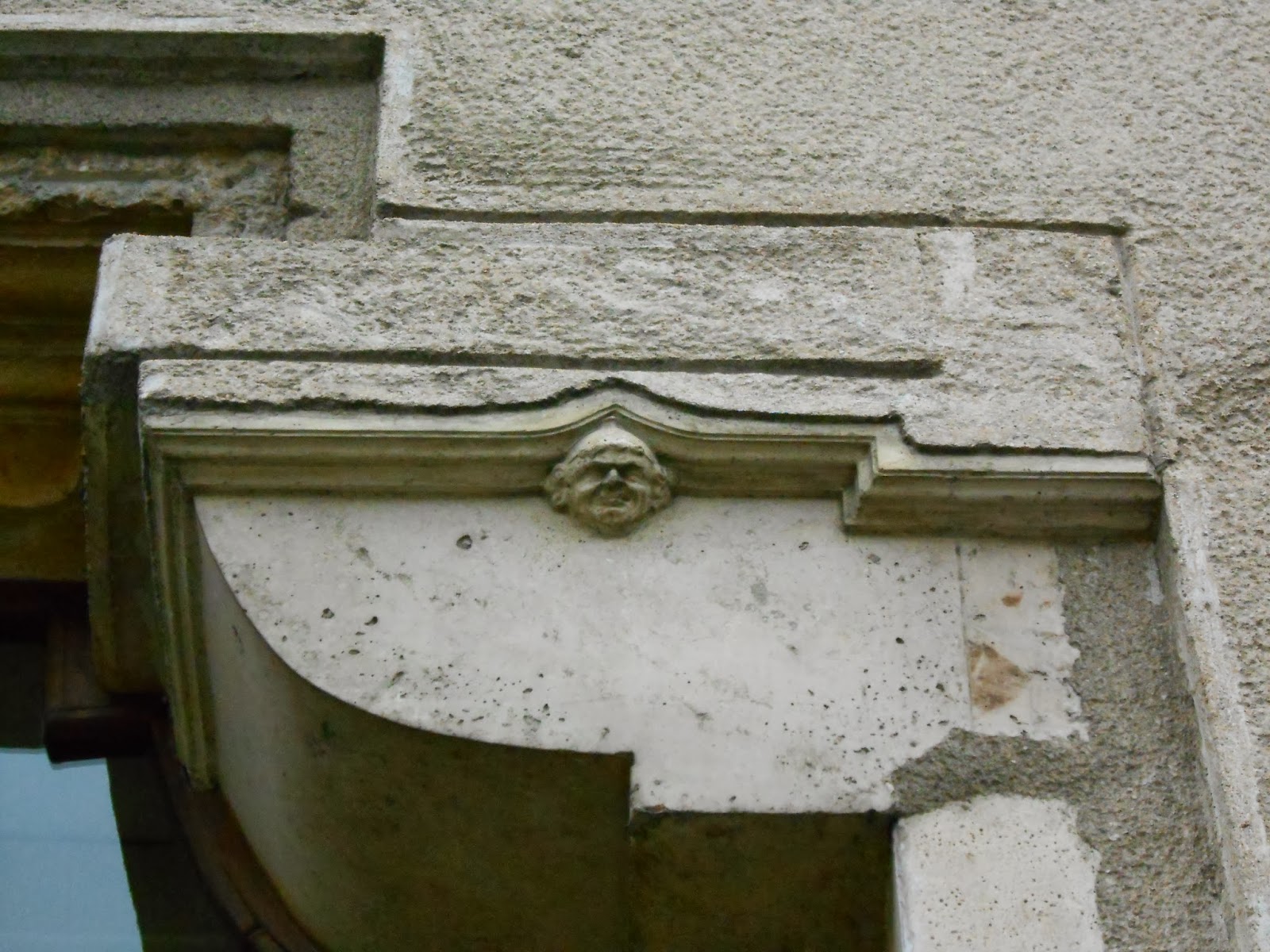 It's nose to the grindstone at the moment, but when I go off to work each day, I always make sure that I lift my head to pay my respects to a strange, solitary little person. With an indefinable expression, he looks down over us, the scrabbling beings below, as we go about our daily duties. I don't know anything about his history, or that of the building whose entrance he guards, but he seems to be the sole decoration of the whole edifice. The rear of the building in question can be seen from the back of our flat, and it appears to be one of the very few to have escaped the ravages of the First World War, since it dates back to the 16th century. Its vaulted cellars now house the supplies of the wine merchant 'Caves du Forum'.

At certain times of the day, looking over the paved yard, onto the building with its grand windows, I like to imagine that I'm living opposite some majestic monument, capable of transporting me back in time at any moment. In reality, the high-ceiled spaces are now used as offices, and certainly no longer employed for throwing balls or banquets in a style worthy of the 'Ville des Sacres', where the kings of France were coronated. Perhaps these rooms were never used for such a purpose, but that doesn't stop me imagining...

What I like the most about the enigmatic little man on the main façade is his unassuming air, neither regal nor haughty, and the fact that little or nothing is known of him, by me at least. As his presence is very discrete, and could easily go unnoticed, perhaps he was a reference to the architect rather than homage paid to the patron who ordered the initial architectural project. Either way, I also like the idea that someone laboured to create a small work of art that could seem insignificant in its modest detail, in the same way that the sculptors of Medieval chimeras and gargoyles toiled over the creation of precision that couldn't possibly have been seen by sinning mortals on ground level. Perhaps then, his presence is intended to be less worldly and more spiritual, serving to ward off evil spirits in a more modest fashion compared to the grotesque exuberance of the chimeras.

I think of him as a small triumph of art, surviving the centuries regardless of what is thrown at him or around him. Whatever his 'meaning', he seems to represent the triumph of art for art's sake and the importance of this. And finally, everytime I see him, all alone, I always think of the song Green Grow the Rushes - O - and am unable to get rid of the tune until it gets drowned out of my mind by the clatter and noise of the tram journey to work.


I'll sing you one, O
Green grow the rushes, O
What is your one, O?
One is one and all alone
And ever more shall be so...