The poppies have been so late this year that I was even beginning to think that they would never come out in any great number... However, on closer inspection, I noticed that for every scattered, solitary cluster of poppies, there are hundreds of bristly buds, waiting to burst out. These look so determined, with their armoured pods like bristling triffids, pushing through the undergrowth and it's difficult to associate these with the delicate, papery petals of the poppies themselves, hidden within.

But of course, poppies are one of the most resistant plants in the wilderness, thriving on the harsh conditions that would stunt or deter others. 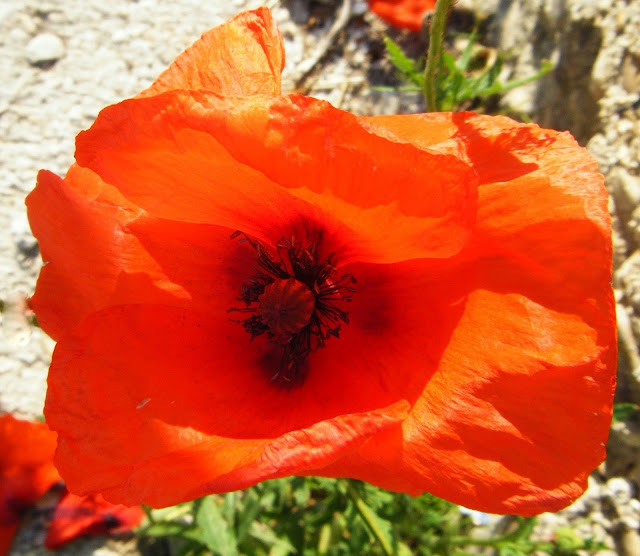 I came across this poem by Sandra McPherson, an American poet from California, where the poppies are indeed orange...

Orange is the single-hearted color. I remember

How I found them in a vein beside the railroad,
A bumble-bee fumbling for a foothold
While the poppies' petals flagged beneath his boot.

I brought three poppies home and two buds still sheathed.
I amputated them above the root. They lived on artlessly
Beside the window for a while, blazing orange, bearing me
No malice. Each four-fanned surface opened

To the light. They were bright as any orange grove.
I watched them day and night stretch open and tuck shut
With no roots to grip, like laboratory frogs' legs twitching
Or like red beheaded hens still hopping on sheer nerves.

On the third afternoon one bud tore off its green glove
And burst out brazen as Baby New Year.
Two other poppies dropped their petals, leaving four
Scribbly yellow streamers on a purple-brimmed and green

Conical cadaver like a New Year's hat.
I'd meant to celebrate with them, but they seemed
So suddenly tired, these aging ladies in crocheted
Shawl leaves. They'd once been golden as the streets

Of heaven, now they were as hollow.
They couldn't pull together for a last good-bye.
I had outlived them and had only their letters to read,
Fallen around the vase, saying they were sorry. 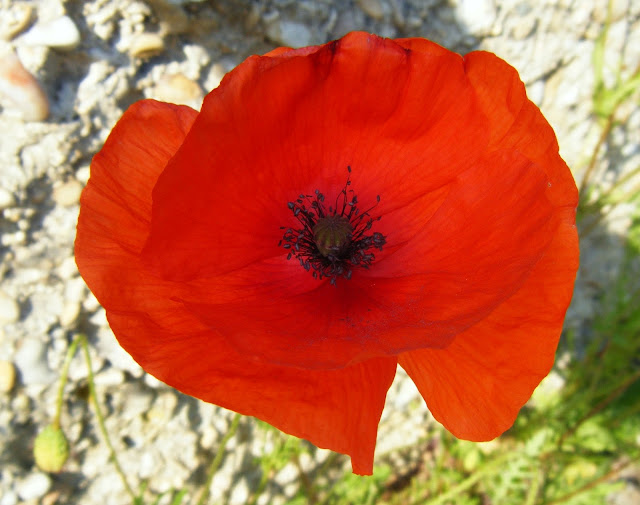 Although I just assumed that most poppies bore the same markings, in fact they don't. Some have dark crosses surrounding their powdery stamens, while others appear to have nothing. 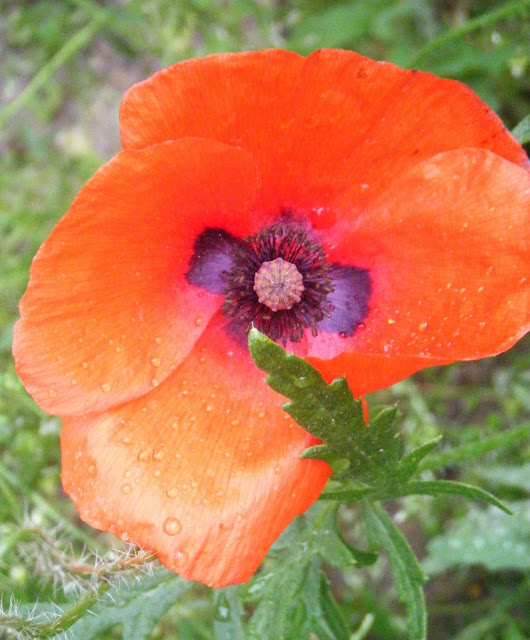 Well, even if it's back to grey skies and rain again for today, bicycle rides along the canal are back on track! And I will be watching for the moment when all those buds release their tissue-paper treasure and the fields are edged with red... 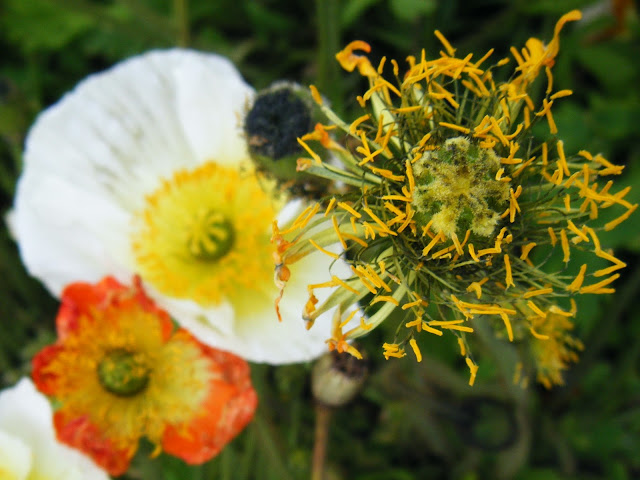