Testament of Youth - Vera Brittain - through the mist of time...

Over the Christmas holidays I rediscovered the 1979 BBC dramatisation of Vera's Britain's autobiographical work, Testament of Youth. I saw this series, as a teenager, all those years ago and found it highly moving at the time. Over thirty years on, the adaptation has stood up well to time and has lost none of its power. Although the sets appear to lend themselves more to a stage play, the excellent performances and skillful management of the original lengthy text managed to bring the book to life in a new media, re-awakening public interest in a work of such importance. The use of war poems of Wilfred Owen, Siegfried Sassoon and Vera's Brittain's fiancé, Roland Leighton, throughout made the rendition even more poignant.

Written in 1933 Testament of Youth gave an account of the ravages of the First War War, from which nobody or nothing escaped unscathed. While the book exposes the truly horrific extent of the slaughter of the whole 'lost generation' , almost a century ago, it is lived out on a brutally painful personal level as Vera loses her brother, fiancé and male friends to the indiscriminate inhumanity of war, fought out in France and on the Italian front.

The sunshine on the long white road
That ribboned down the hill,
The velvet clematis that clung
Around your window-sill
Are waiting for you still.
Again the shadowed pool shall break
In dimples at your feet,
And when the thrush sings in your wood,
Unknowing you may meet
Another stranger, sweet.
And if he is not quite so old
As the boy you used to know,
And less proud, too, and worthier,
You may not let him go –
(And daisies are truer than passion-flowers)
It will be better so.

Like thousands of other men, on both sides of this war "to end all wars" (H.G Wells), Edward Brittain and his brothers-in-arms appeared to have died needlessly and senselessly; Roland Leighton died a day before his Christmas leave. All men fought for the shared cause of defending their own civilisation, King and Country on opposing sides, yet did so in a war that itself destroyed the very concept of civilisation. Vera Brittain herself said of her work "It is not by accident that what I have written constitutes, in effect, the indictment of a civilisation." All these years on, it is not a question of particular civilisation, but the ever-present process which still leads men to the battlefield, and still sees them fall, to leave grieving loved ones behind.


Anthem For Doomed Youth - Wilfred Owen 1917
What passing-bells for these who die as cattle?
Only the monstrous anger of the guns.
Only the stuttering rifles' rapid rattle
Can patter out their hasty orisons.
No mockeries now for them; no prayers nor bells;
Nor any voice of mourning save the choirs,
The shrill, demented choirs of wailing shells;
And bugles calling for them from sad shires.
What candles may be held to speed them all?
Not in the hands of boys, but in their eyes
Shall shine the holy glimmers of good-byes.
The pallor of girls' brows shall be their pall;
Their flowers the tenderness of patient minds,
And each slow dusk a drawing-down of blinds.
The series made me feel very reflective as a fourteen-year old, but when I finally read the book several years later I simply cried as I read it. I never forgot the book, but have never been able to read it again - it was just too heart-wrenching...

As Vera Brittain said, her autobiographical work served to "challenge that too easy, too comfortable relapse into forgetfulness which is responsible for history's most grievous repetitions". She herself would never forget.


She had experienced the horror of the Front first-hand as she abandoned her studies at Somerville college, Oxford, to become a nurse in the Voluntary Aid Detachment (VAD), working in hospital units in London , Malta and particularly in Etaples, France. She saw clearly the ironies of war, the humanity still to be found in the inhumanity of blind conflict in the ward in Etaples where she tended fatally wounded German soldiers "...And I learnt that human mercy turns alike to friend or foe when the darkest hour of all is creeping nigh" (The German Ward, written in 1918).


Although she resumed studies at Oxford following the war, she changed disciplines in order to study history. This, along with her harrowing experiences led to her life-long interest in pacifism, speaking for the League of Nations Union and appearing in many peace rallies. She also wrote numerous other books, along with poetry.

At the end of her life, Vera Brittain feared that she herself had been forgotten as a writer, voicing pacifist and feminist causes. As her daughter, Shirley Williams, put it, Vera Brittain felt that she had become "the fading voice of a dying generation". Until recently, Testament of Youth had seemed to be left behind in the last century, mislaid in the blur of passing years, but with a film produced in 2012, starring the actress Saoirse Ronan, Vera Brittain's memoir will be brought back to the fore. From the mists of time, Testament of Youth will re-emerge, in all its force, itself proof of the resilience of Man's need to understand, his eternal faith in Humanity which survives the harshest winter, like the "green of the spring". Proof of our need to remember and to learn. 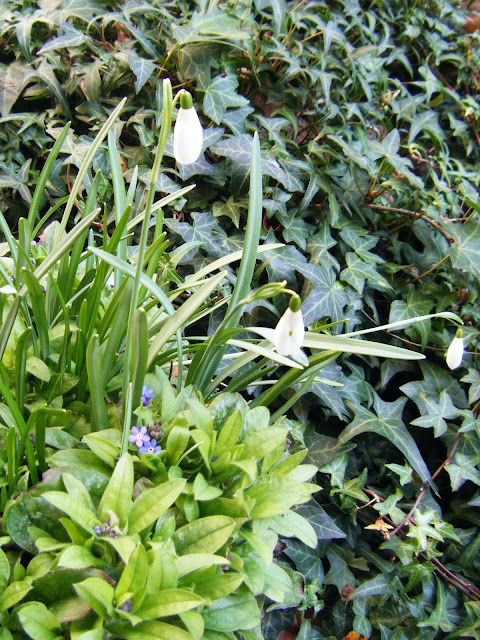 Aftermath - Siegfried Sassoon 1919
Have you forgotten yet?...
For the world's events have rumbled on since those gagged days,
Like traffic checked while at the crossing of city-ways:
And the haunted gap in your mind has filled with thoughts that flow
Like clouds in the lit heaven of life; and you're a man reprieved to go,
Taking your peaceful share of Time, with joy to spare.
But the past is just the same - and War's a bloody game...
Have you forgotten yet?...
Look down, and swear by the slain of the War that you'll never forget.

Do you remember the dark months you held the sector at Mametz--
The nights you watched and wired and dug and piled sandbags on parapets?
Do you remember the rats; and the stench
Of corpses rotting in front of the front-line trench-
And dawn coming, dirty-white, and chill with a hopeless rain?
Do you ever stop and ask, 'Is it all going to happen again?'

Do you remember that hour of din before the attack-
And the anger, the blind compassion that seized and shook you then
As you peered at the doomed and haggard faces of your men?
Do you remember the stretcher-cases lurching back
With dying eyes and lolling heads - those ashen-grey
Masks of the lads who once were keen and kind and gay?

Have you forgotten yet?...
Look up, and swear by the green of the spring that you'll never forget.