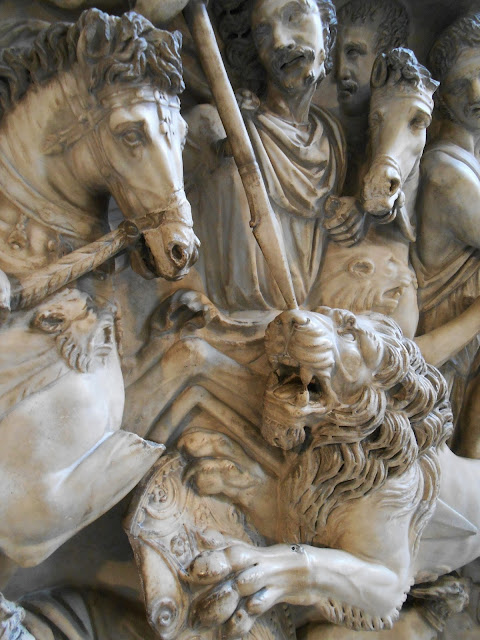 The sarcophage Chasse au lion is one of the many Roman artifacts to be found today in the Musée Saint-Remi - the former Abbaye Saint-Remi. Most of these objects were, however, initially found around the city of Reims itself, or in the surrounding Champagne region. Some come from these familiar streets and seem to emphasise that 'the past is a foreign country'. I always find it hard to imagine what my quartier was like, back in Roman times... We really do just borrow places, for a moment, and then time marches on, without us, but perhaps with some trace of our passing through. 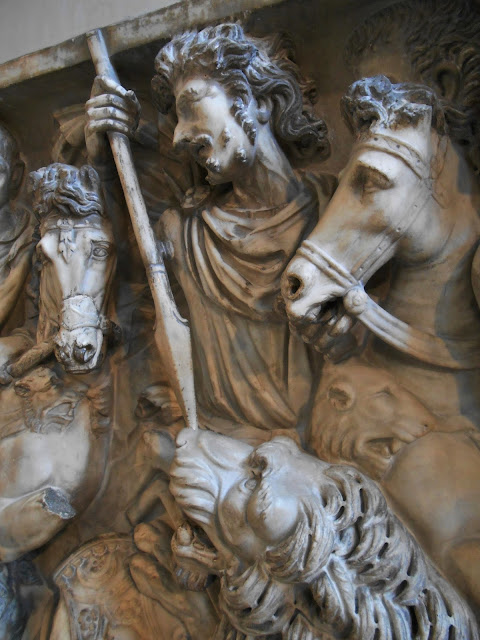 Apparently, the mythological allegory of the lion hunt was common in Roman funerary art where the confrontation between Man and Lion was comparable to that of the dead with Death itself. This work of sculpted marble honours the general, Flavius Valerius Jovinus, born in Reims in the 4th century. Unfortunately my photos failed to pay him any honours; I was so taken by these fine beasts, with their expressive eyes, that the Roman hero didn't actually get a look in! 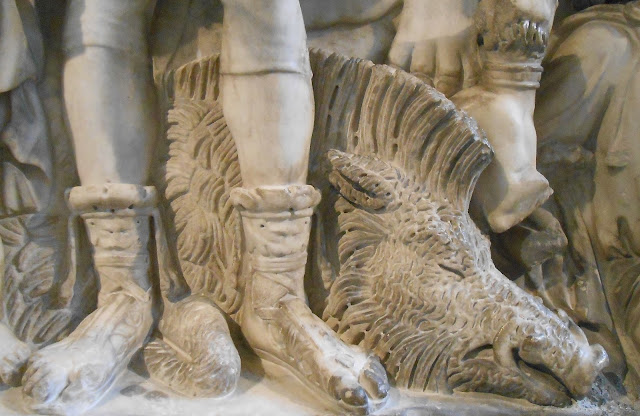 Well, I decided to go back, and so here is the great Flavius Valerius Jovinus, who does actually remind me of the Roman 'Bigus Dickus' from Monty Python's Life of Brian ! 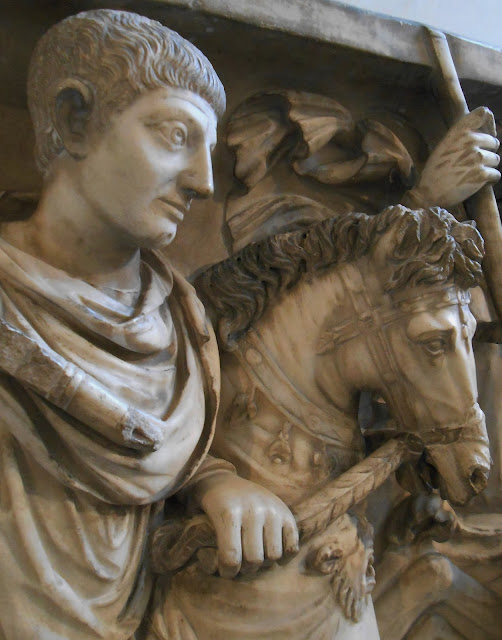 Below is Reims Vue du Ciel, a video that swoops over the city, above all the ancient vestiges and Roman remains, tracking the tram lines, the roads and routes that we roam along and crossing the canal that cuts through this expanse... Even if that wasn't me featured in the scull, that is still my rowing route!


What I admired the most, is that none of the changes over the centuries, good or bad, have taken anything away from the glory of the cathedral - it still dominates the city, as it always has. All these buildings and edifices have been the backcloth to all my roaming here over the past twenty-five years, and therefore half of my life! And yet for all its familiarity I can't say that the town feels as if it were half of my identity which leads me to wonder when or how you really feel at home in a place. 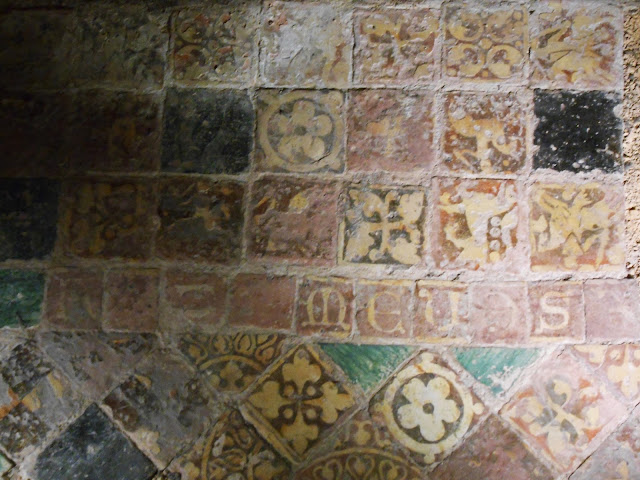