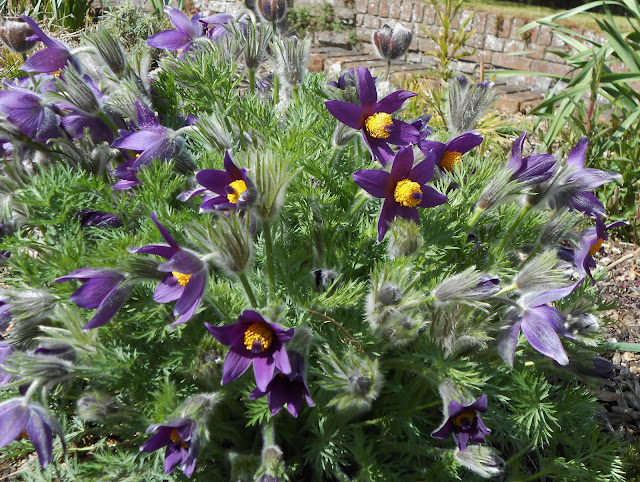 Each year, I go to Canterbury for the day, around mid-April; this year was no exception. During the last few visits, I've noticed this beautiful plant, whose blooming coincides with the my day-trip. Apparently it is a rather toxic plant, and can be an skin irritant, so I'm glad that I didn't actually stroke those feathery leaves, as I had been tempted to do.
Known as the 'Pasqueflower' (therefore linked to the Easter period), or the Latin name of Pulsatilla vulgaris, it is said to grow in areas that had once been drenched in Viking blood. Marauding Vikings did indeed lay siege to the city of Canterbury over a thousand years ago, burning down the cathedral, so there may be an element of historical truth in this, although in theory it was Vikings who were spilling blood, and not their own... 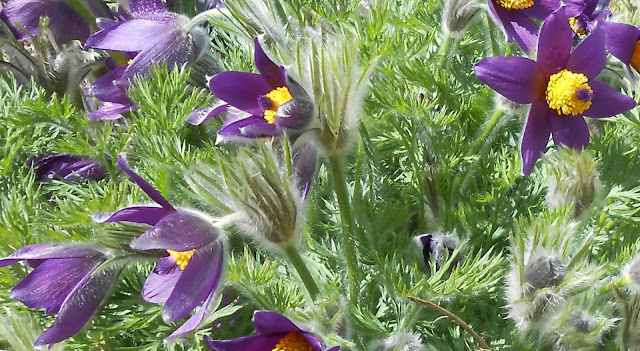