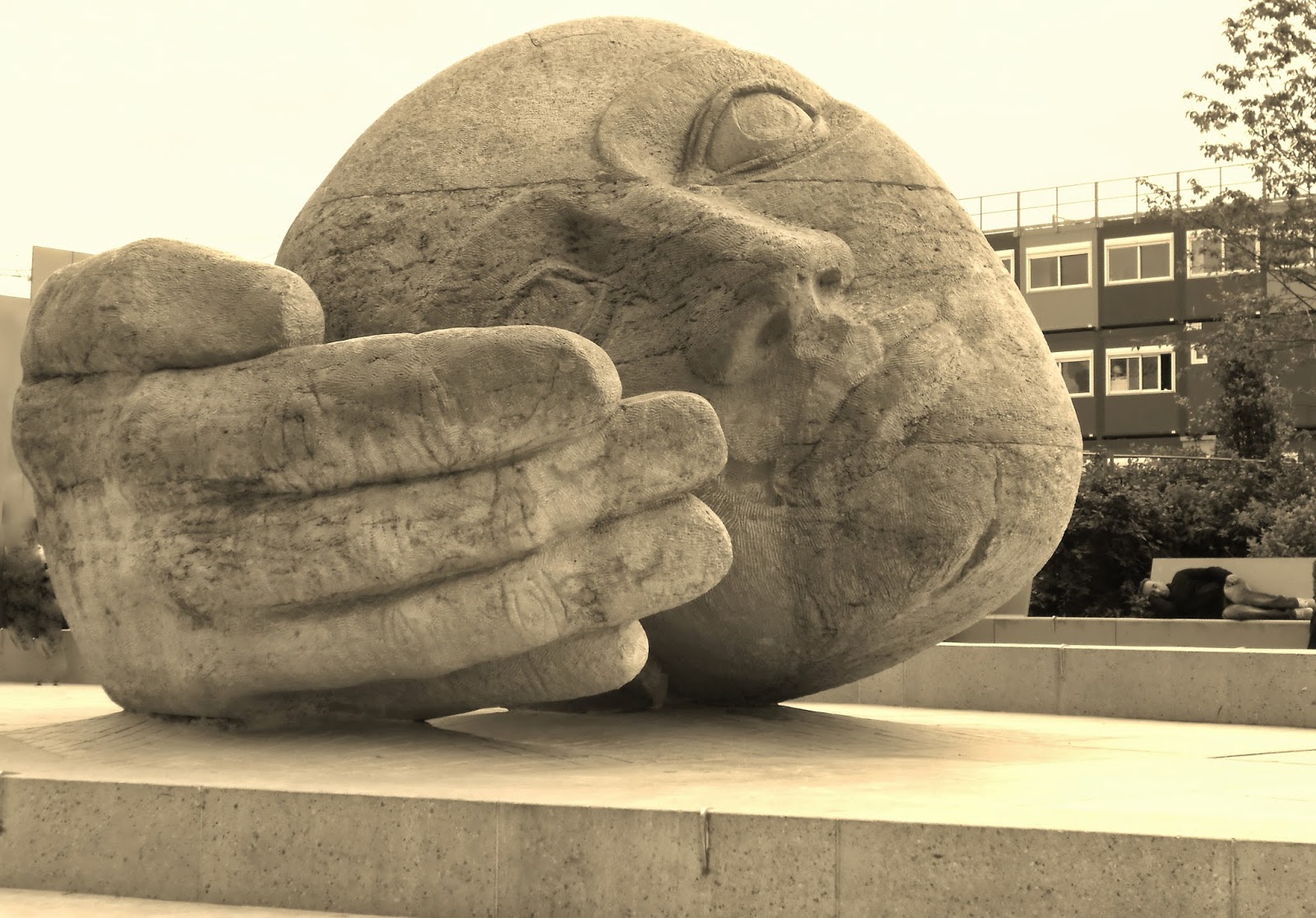 Poor April - the month I always neglect, without fail. And I never fail to regret this neglect as April is when the most impressive buds burst open, leaves unfurl, dandelion clocks feather all spaces and the seasons literally change in front of our eyes. And yet again, my vision (and every other sense) has been obscured by other 'stuff'...
Anyway, just before the month draws to an end, here is the vast Ecoute sculpture in Paris. This is to be found alongside Les Halles, which I passed through yesterday. I quite liked the idea that the man in the background had recreated a similar pose, unintentionally, I presume. In so doing, he most certainly drew attention to the impressive scale of this piece by Henri de Miller, dated 1986...