Deer in the distance... 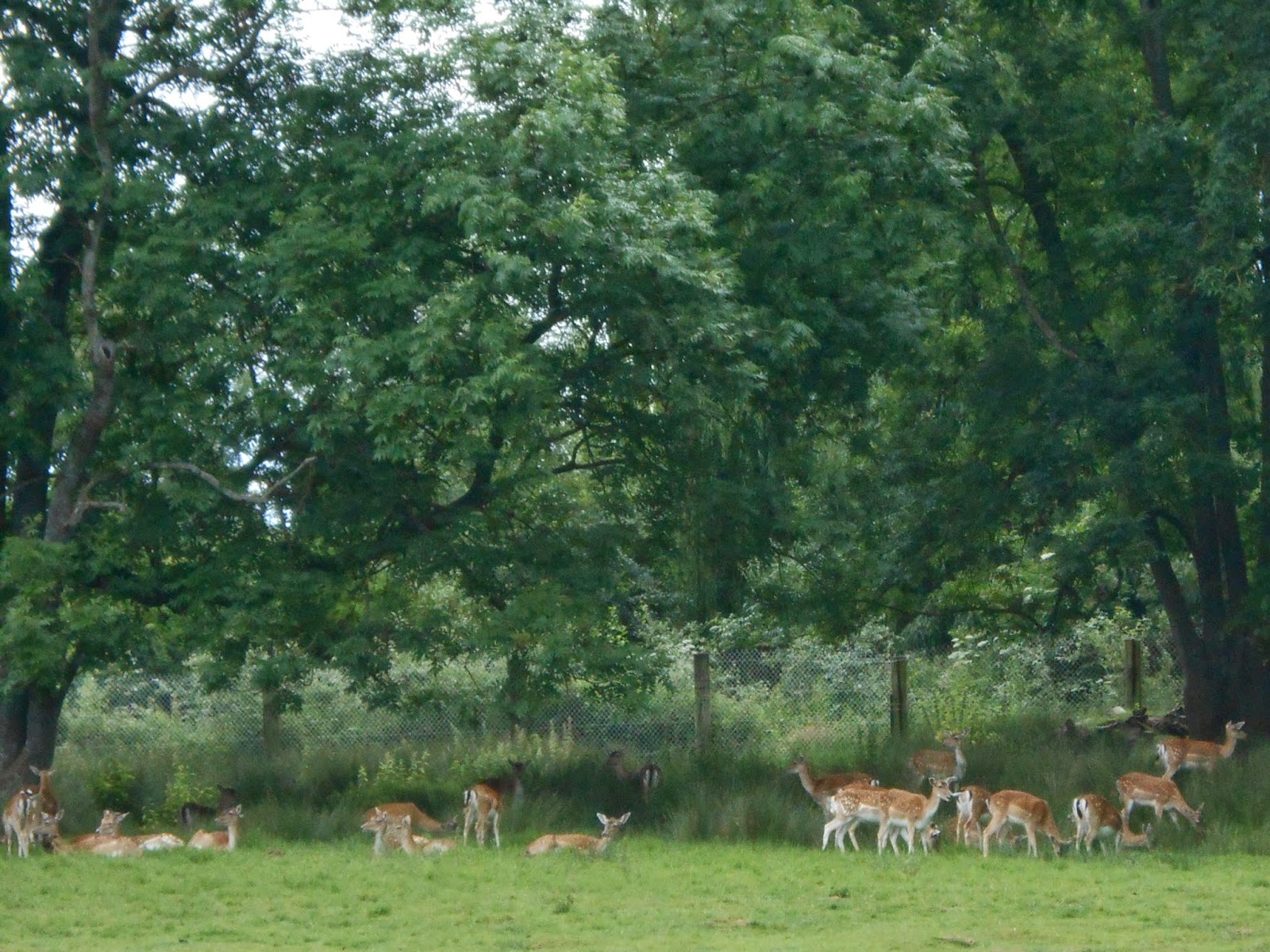 Today I came across this herd of, what appeared to be, Fallow deer. Wary of humans, they kept their distance and so the resulting photo is slightly blurred, making the whole scene seem a little unreal. This is Champagne country, after all, and so I wasn't expecting to see these graceful creatures on land surrounded by vineyards. Although this region has avid hunters, their usual quarry are the wild boar.

Any association I'd care to make between deer and hunting would be of that with Medieval times, forms of leaping deer pursued by noble hounds seen in illuminated manuscripts and bestiaries and later in the paintings early Renaissance.

Or the numerous versions of Diana the Huntress... The one above is my favourite. 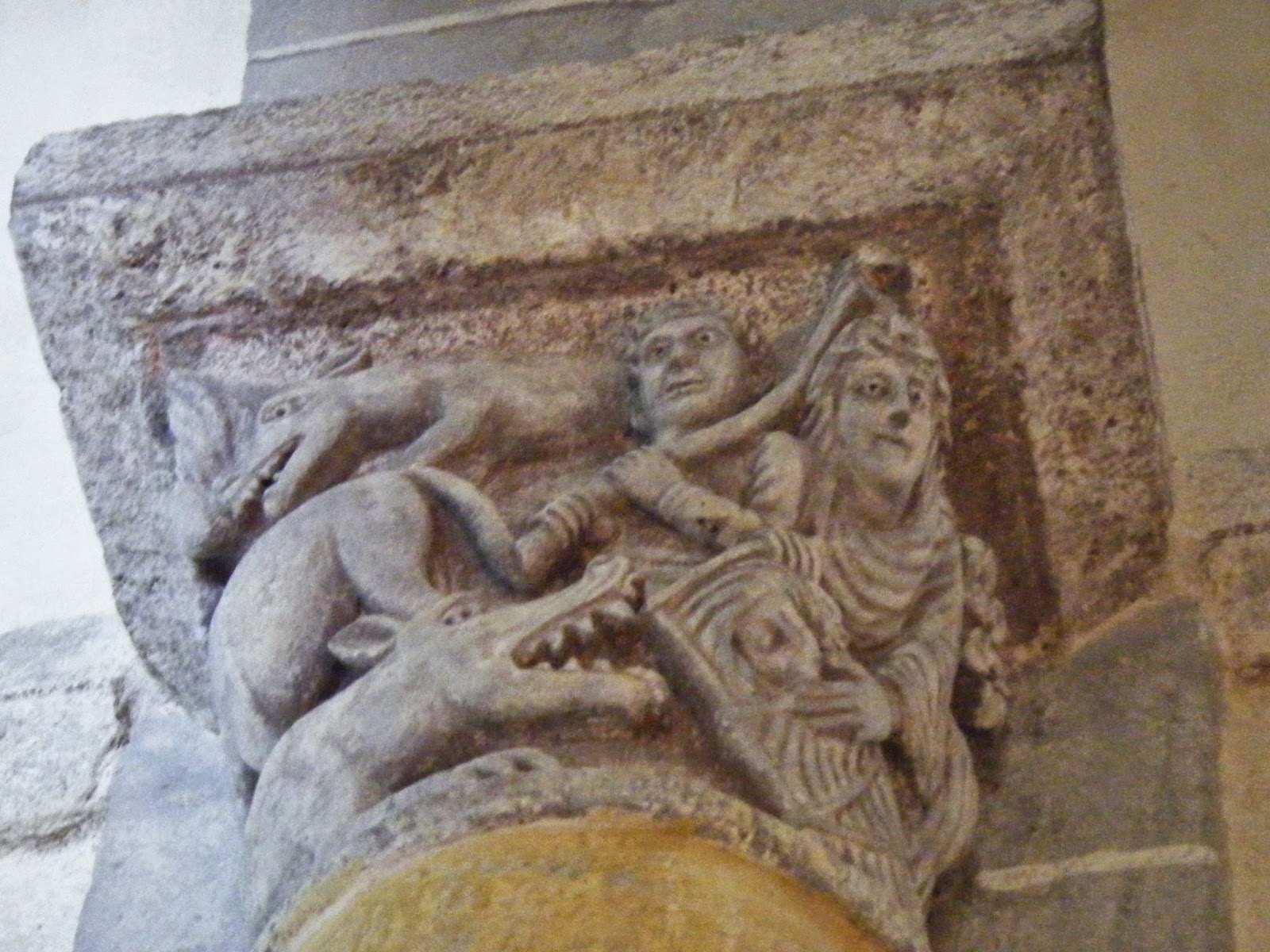 Well, that got me thinking about the pursuit scenes that often run on the Medieval column capitals, usually to rather comic effect. 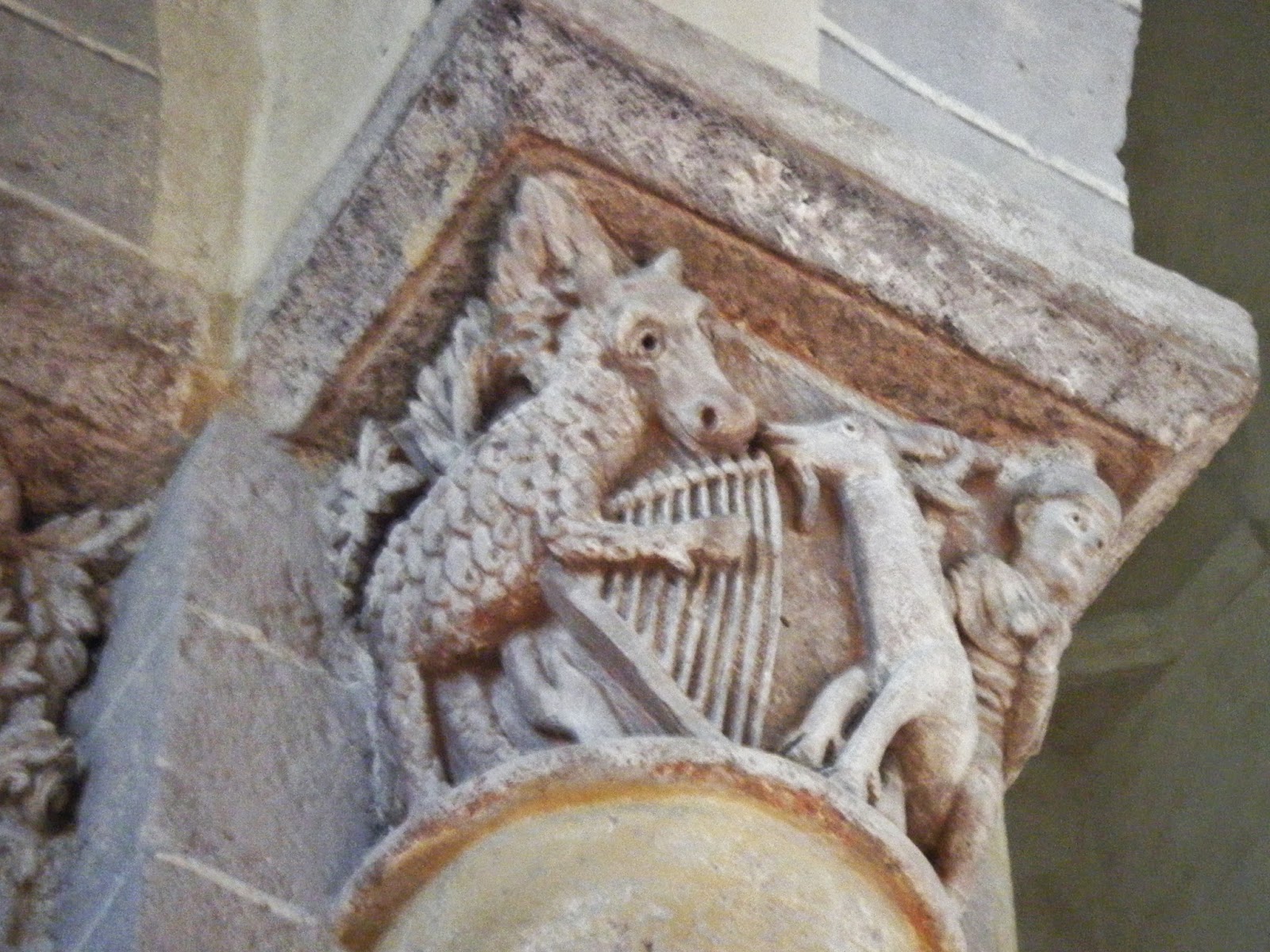 Even if they were intended to be edifying or at least cautionary. It soon becomes difficult to know who, or what is doing the hunting or marauding. 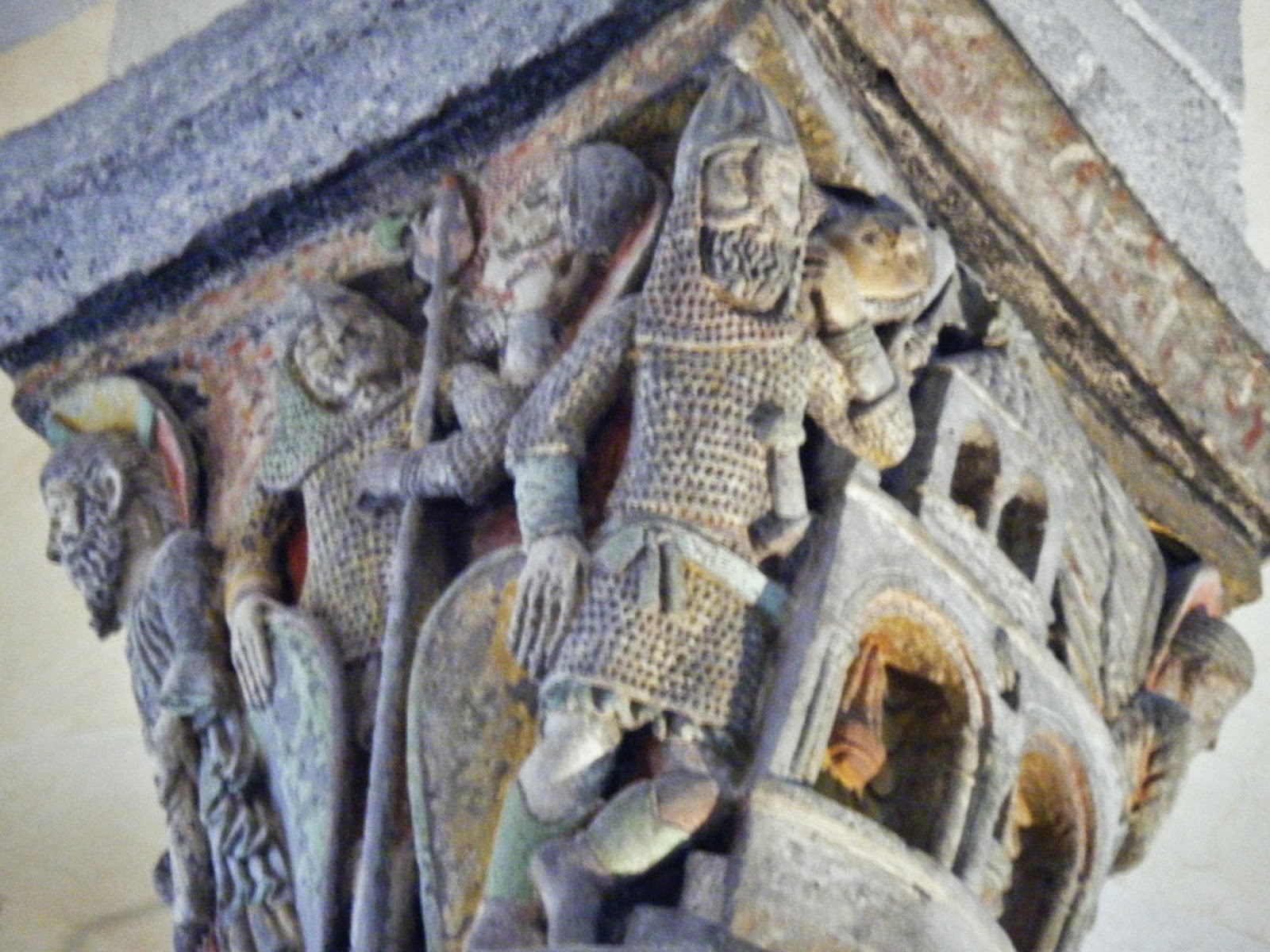 Finally, this week I came across an old song from the 70s that is an electric folk version of music thought to date back to the late Medieval period. The vocals of Steeleye Span have the same effect on me now as they did then, in childhood. however discovering the actual lyrics to Gaudete (Latin) was the most striking part of this. Needless to say, the words I'd invented as a child to sing along to the track on our scratchy K-Tel compilation album were wide of the mark, to say the least!