Lotte Reiniger - Magic in a silhouette...

A few weeks ago we went to a public showing of a very old animated film at the local library. On the poster The Adventures of Prince Achmed was highlighted as the world's first feature-length animation, created by a German woman nearly 90 years ago...

The name Lotte Reiniger didn't mean anything to me at the time, but having seen the film, I could see the influence of her incredible pioneering work on other artists - illustrators and animation film-makers alike. The cinema room was packed with many young children, and I wondered how they would fare with a film that was created in 1926, well before the beloved Disney classic cartoons that must be their staple viewing diet, and entertainment reference, just as they surely were for their parents/grandparents.

It turned out that Reiniger's art was not cartoon based, but composed of silhouette animation. In this way it created a magic that in no way suffered from its manifest lack of computer-generated images and gimmicky 3D effects.

The stark contrast of the intricate black silhouettes set against varied backgrounds seemed to catch the children's attention, against all my expectations.

Perhaps this was precisely due to the absence of lacquered finish and smooth movements that seem to have rendered the most technically-sophisticated animation so dull today. Here, we could see the art of creation in the animation itself, and this made the story and the film itself all the more magical. It certainly managed to keep the children in their seats right to the end of the showing; no mean feat!

As said at the start of another of Reiniger's works, Cinderella, all of her animations bring to life fairy tales, fantasy, classic myths and exotic Oriental stories "told by a pair of scissors on a screen". Deftly using black cardboard and scissors, she would cut out highly-detailed, wire-jointed silhouettes which came to life through the below-lit animation table and thousands of camera shots. The camera tracked the slightest gestures of the thus-animated figures to give rise to amazingly fluid movement in the final filmed version.

Like the ancient Oriental shadow puppets employed to act out scenes, Reiniger's characters, human or beast alike, gave shape and movement to the action of any theatrical plot. These cut-out characters lose nothing of their vitality from the lack of colour.


On the contrary, the black accentuates the vividness of the backgrounds whilst drawing our attention back to the protagonists. In this manner, a unique style of animation was born, as the visual effects of these 2D card figures led the film beyond a mere flat representation of 3-dimensional reality. 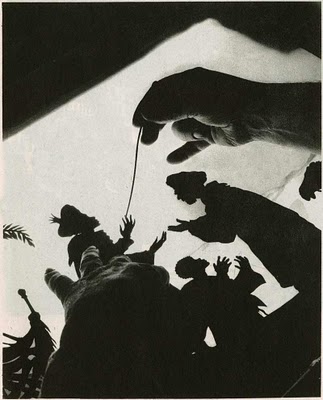 Freed from the constraints of faithful reproduction, Reiniger invented new realms of portrayal. Here the details reflect the whole, the unreal reflects the real, the bestial reflects the human and vice versa; all becomes a shadow ballet of life, set to music. Each fraction of movement was noted and numbered to correspond to the music score, each frame recorded in the manner of the strictest choreography. For the artist, flora and fauna were vital to this creation. She studied both animal and human movement and gesture with precision, stating that "Man. and beast are on the same level, which would be impossible on a theatrical stage". 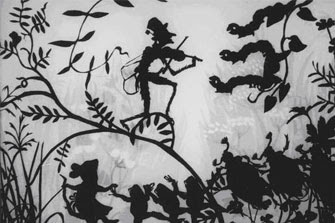 Apparently Reiniger would study animals at the zoo and would then try to act out the body language that she had observed once back in her studio. The capture of seemingly minor movement, set to music, could alter the mood of the scene and convey a specific message that words could not, these being non-verbal, 'silent' films. Reiniger disliked imprecision in such animation and emphasized the importance of eye movement and hand gestures. Full facial expressions were limited to those shown in profile and she logically felt that " Hands are practically the only way to show a silhouette figure's emotions". 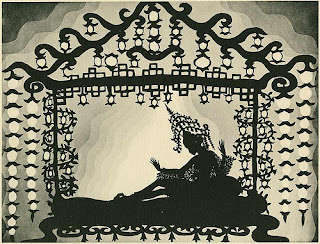 Close-up views demanded that the characters' forms were reproduced again, on a larger scale, to avoid the blurred effect when the camera is too near the subject.
Conversely , desired blurring could be achieved by adding an extra plate of glass to create an illusion of haunting smoke or fog, or troubled waters. These techniques were already put to full use in Prince Achmed, and were later extended when she introduced coloured silhouettes in her later art. Reiniger's interpretation of The Frog Prince (1961) demonstrates this, although I personally prefer the stark black sihouettes with their precise, lacy detail. These seem to suit the other-wordly themes that form the basis of her art.

The film that we saw, The Adventures of Prince Achmed, was the work that brought critical and popular acclaim to Reiniger at a relatively young age in 1926. Born in Berlin in 1899, she had shown an interest in puppetry - notably that of Chinese silhouette - and would give shows from her own puppet theatre as a child. During her adolescence, other influences made themselves apparent in the formative years of Reiniger's creativity. The cinema had an impact on her artistic vision, especially the special effects used by Georges Méliès. 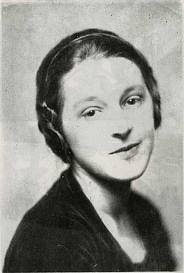 However it was a lecture given by the actor and director Paul Wegener on the subject of animation attended by Reiniger in 1915 that would give direction to her creativity. She entered the same drama group as Wegener in Max Reinhardt's theatre, where she spent her time performing and creating sihouettes of her fellow actors. Three years later, the young artist carried out some animation work for Wegener's The Pied Piper of Hamelin; this was to act as her passport to enter the animation and short-film studio of the Institut für Kulturforschung. Once at the institute, Reiniger encountered avant-garde figures such as Bertolt Brecht, and also met her future husband, the camera-man and producer, Carl Koch.

Reiniger made six short films, several advertising campaigns and created special effects for feature films (notably Fritz Lang's Die Nibelungen) in the following period, largely shot and produced by Koch. In 1923, as the consequences of galloping inflation and the collapse of the monetary system under the Weimar Republic made themselves felt, an opportune project was presented to the artist. A certain banker wished to place a significant sum of money to prevent it becoming worthless through the ravages of devaluation. He decided to invest in a film-making enterprise... 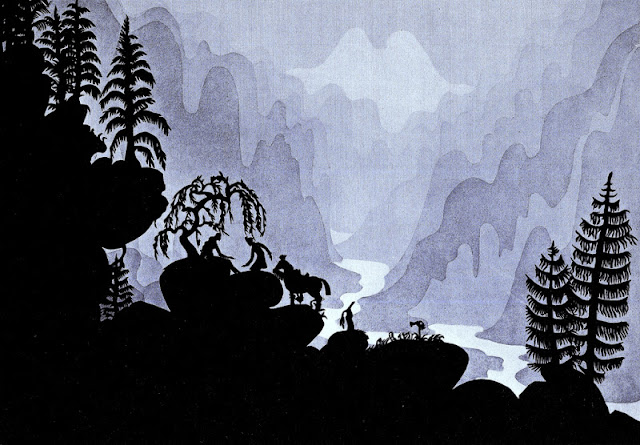 The Adventures of Prince Achmed was the fruit of this scheme that took three years to complete. Although requiring painstaking artwork, this project was highly exciting for those involved as it represented unmapped terrain, or "virgin soil" as Reiniger put it, wherein the artists were offered "all the joys of explorers in an unknown country" The theme was in line with fantastic stories from One Thousand and One Arabian Nights which attracted public and critics alike, all fascinated by the Orient, especially since the discovery of Tutankhamen's tomb in 1922. Although Reiniger's film took a year to find a distributor, once it had been screened in Paris, through Jean Renoir's participation, it made the artist's name and assured her creative reputation. Nevertheless, life under the Weimar Republic gradually led into the period of Nazi rule. The artist and her husband found their work projects hampered, although not banned. Her films were no longer financed and the Third Reich deemed her work to be inappropriate since they were "romantic and unrealistic". As Reiniger and Koch were close to Leftist politics, they decided to emigrate but found no European country able or willing to grant them permanent visas to ensure their escape from Nazi Germany. This led to a period of transience, as the couple travelled around Europe, never settling long before they were obliged to move on again. This did not put a halt to their creativity; 12 films were made during these difficult times. Indeed, this nomadic existence lasted until 1944, when they had to return to Germany from Italy to flee the Allied invasion. It was during the allied Blitz of Berlin that the original copy of Prince Achmed was destroyed, though fortunately a negative was found in London years later... 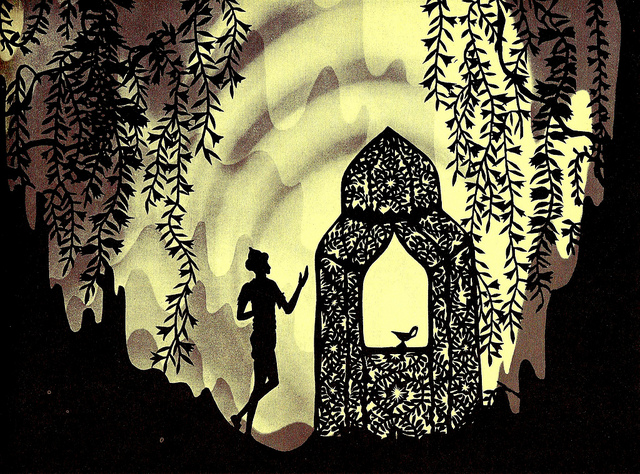 During the 30's, Walt Disney carved a name for himself in popular screen entertainment with his celluloid animation, demonstrated in the iconic Snow White (1937). The animated cartoon films of Disney and Warner Bros threw the silhouette work of Reiniger into the shadows and dominated the market. However, the fact that silhouette animation required considerably less financial backing than celluloid animation meant that Reiniger pursued her career until the 1970's, relying on her limitless patience and tireless scissor-work to achieve her artistic missions. Some projects never saw the light however - Reiniger's wish to create an animation of Ravel's opera L'Enfant et Les Sortilèges was never realized due to copyright issues. Nevertheless, Reiniger's career was long and highly prodigious, and her creativity seemed to seemed to defy and overcome any obstacle placed in her way. The couple lived in England in the 1950's and founded Primrose Productions with the son of Prince Achmed's financier and went on to produce numerous short films based on Grimm's Fairy Tales, for the BBC. Incidentally, the co-founder of the production company, Louis Hagen Jr, had such an extraordinary life himself, beset by huge challenges, that it would surely make a fascinating film in its own right.
Reiniger did finally return to her homeland, Germany, and was given the artistic recognition that she deserved - receiving the Great Cross of the Order of Merit of the Federal Republic of Germany. She died in 1981.
For me, Reiniger's Prince Achmed brought to mind the art of Jan Pieńkowski - the Polish-born British children's book illustrator and writer, who founded the greeting card company Gallery Five.
However, it also made me think of Michel Ocelot, a renowned French artist who has created several animated films - the most notable (I thought) were Princes et Princesses (2000) and the stunning Azur and Asmar (2006).  Ocelot does not just restrict himself to silhouette art, but branches out into other medium too. Ocelot acknowledged Reiniger's influence on his work, but is said to have remarked (rather ungraciously, I thought) that he found Lotte Reiniger's films "rather archaic and not very attractive". Despite this, he certainly noticed the potential such animation offered, especially regarding children's work. I love the animation, below, with paper doilies - beautiful!

The general mood of some of Reiniger's late fairy tale animations, with their commentator's gentle voice-over, remind me of the work of Oliver Postgate - though mainly Bag Puss, I suppose, with Professor Yaffle, or The Pogles. I can't imagine Postgate making such disparaging remarks about the truly remarkable Reiniger who worked in such hard conditions, such a long time ago...

So, I was very happy to have discovered the art of Lotte Reiniger, and was pleased that the children, my daughter included, seemed to have appreciated its magic. 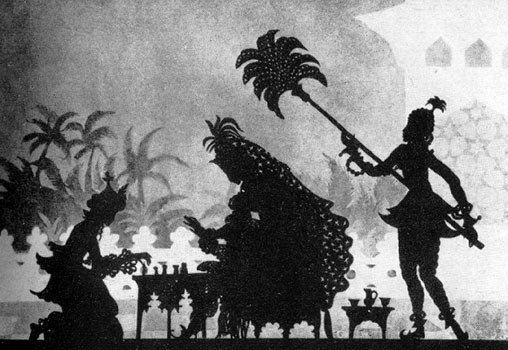