In preparation for the final and ultimate domestic downsizing I've been going through my possessions, sorting out the articles that  seemed so all-important, life-enhancing and attractive when I had first obtained them, one way or another, and are now in need of an appraisal. First on the list were the books which had overrun shelves, stacked themselves up in corners and cluttered bedsides...
Books have always seemed so civilised and sacred, by their very nature objects of value, whatever their size, shape and to a certain degree even content. A bookshelf was naturally a sacrosanct space.
However, I have gradually learnt to be a little less sentimental, in fact I've become downright sacrilegious. All of these books had been parked up on shelves, looking down on me. Their titles, authors and names of publishing houses had been weighing down on me and my heavy conscience because many of these works were still waiting to be read, despite being transported from home to home over the years. This time 'home' is going to change considerably and so I've got to grips with the task, sifting and shifting in the most radical mannner, having had a preliminary session two years ago. Passing on to new homes hundreds of books that I had never read, and knew realistically that I was unlikely to read, along with others I'd never really want to read again  initially felt rather ruthless, but soon felt most therapeutic. After that first step of literary selection and purging, following years of manic stashing, I've now reached a more interesting stage. Ironically, I've decided to read the books that I am happy to read but feel unlikely to keep. I may be a magpie, but even they must have doubts over the worth of their swag and must tire of wading through heaps of suspect articles. And indeed many of the inviting titles and alluring dustcovers that had taunted and tempted me in the past didn't seem to deliver the literary goods that they had appeared to offer. However, some of the works that looked a little lack-lustre or gloomy (to the point that I couldn't work out why I'd even bought them!) have turned out to be glowing jewels worthy of any magpie's covetious eye and will certain follow me to the next abode, wherever that is. A perfect example of this was Lorna Sage's 'Bad Blood', published by Fourth Estate in 2001, a copy of which I'd picked up in a charity shop some years ago. While the title and cover must have caught my attention at the time, I didn't feel the same enthusiasm this time and held little faith in it as it seemed to belong to the category of  'hardship' stories that even have their own shelf space at WH Smith's and do not really appeal to me right now. However, Bad Blood soon revealed itself to be in its very own category since in spite of dealing with a difficult childhood bogged down in a dynamics of a dysfunctional family in full bloom, or decay, the vitality of the text and the life that radiates out from each page in turn draws the reader in. The bad blood in question is not some  inter-generational melodramatic element, or a gruesome hereditary flaw flowing through veins. Although many of the family traits are borne down the family line in varying degrees of concentration and quirkiness the term 'bad blood' refers to enmity between individuals (or groups), in this case the author's maternal grandparents. 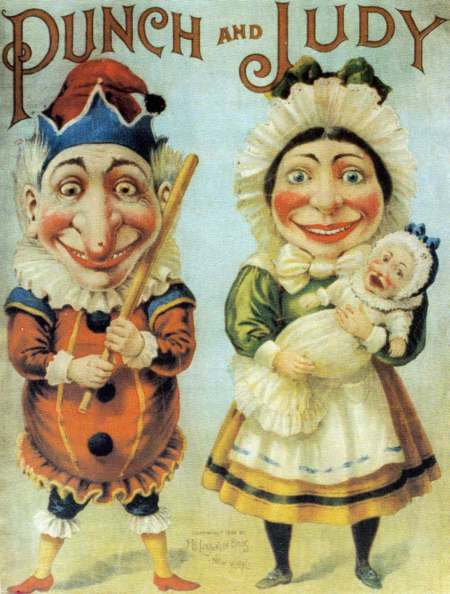 In Bad Blood the marital relationships (and extra-marital relations) in the book are all unusual, to say the least. With regard to the grandparents, the marriage is almost farcically grotesque, built on age-old mutual bitterness and disappointment; the parents offer another vision of a marital set-up, founded on contrast and contradiction; finally the author's premature marriage as a pregnant teenager offers another facet to married life, bearing lifelong friendship and a daughter. Wholly mismatched in matrimony the grandparents are shackled together by their animosity, their mutual loathing fanned by waves of passive-agressive words and gestures that taint everything else in this toxic sphere, housed in a vicarage of Gothic squalor. With a lavish showman streak the grandfather, a vicar, believes his existence to be one of "thwarted ambition" while his wife feels that the pampered, perfumed life destined for her has been snatched away by this brutish word-wielding commoner. "The old devil, my grandfather had talked her into marriage and the agony of bearing two children and should never be forgiven for it."
After much infidelity and long-term imbibing on his part, matched by gleeful spite and mulled resentment from the spouse embodying 'trouble and strife', the grandfather finally dies. The widow is finally left alone, yet remains ever- engrossed in this marital game.... "Death could not part them anymore than life already had". .
The parents, meanwhile, have a very different, albeit a most particular marriage which nevertheless fails to impress the young Lorna..."Gail and I were determined never to marry or have children thanks to our parents' example". Here the realist husband and the dreamer child-wife form a complement and fuse in a marital haze of 1950's domesticity that binds them together in a fractured, yet functional whole..."In truth they were more than one flesh, they had formed and sustained each other, they had one story between them and it wasn't at all easy for me or my brother to inhabit it".
The relationship between the teenage author and her peer boyfriend which results in marriage and a child marks the end of the book yet offers new life and perspective as new blood lines are intertwined with aspects of the old, leaving a few loose threads along the way. Although this marriage did not apparently last, the  communion and mutual respect appear to have done so and the wit and warmth that run through the book's account leading to this final union shine through the whole. I was sad to learn that Lorna Sage died at a relatively young age in 2001, having just been awarded the Whitbread Biography of the Year prize for Bad Blood.
The caustic wit and comic observation used to reflect the tragic yet vicious platitude of  failed marriage in Bad Blood remind me of a classic Punch and Judy show wherein the protagonists instigate or undergo a series of grotesque events until the final curtain sweeps down. This in turn reminded me of a track I used to listen to in the 80's, at great volume, swearing that no one could possibly lose sight of the essential, fall into such domestic drudge, and fall so dramatically out of love. I still think that the lyrics of Punch and Judy by Marillion are clever and should serve as a cautionary tale... 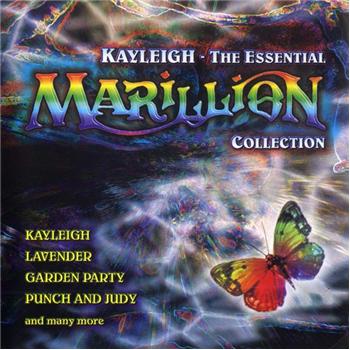 Stripped the glow from the beauty queen,
Punch and Judy, Judy...
Found our nest in the Daily Express,
Met the vicar in his Holy vest,
Punch and Judy...
Brought the children up, church C of E,
Now I vegetate with a colour TV,
Worst thing that ever happened to me,
Oh for D.I.V.O.R.C.E, Oh Judy...
Whatever happened to pillow fights?
Whatever happened to jeans so tight, Friday nights?
Whatever happened to Lover's Lane?
Whatever happened to passion games?
Sunday walks in the pouring rain?
Punch and Judy...
Curling tongs, Mogadons...
"I got a headache baby, don't take so long",
Single beds, middle-age dread,
Losing the war in the waist-land spread,
"Who left the cap off the toothpaste tube?"
"Who forgot to flush the loo?",
"Leave your sweaty socks outside the door",
"Don't walk across my polished floor!"
Oh Judy...
Whatever happened to morning smiles?
Whatever happened to wicked wiles, permissive styles?
Whatever happened to twinkling eyes?
Whatever happened to hard, fast drives?
Compliments of an unnatural size?
Punch and Judy...
Propping up a bar, family car,
Sweating out a mortgage as a balding clerk,
Punch and Judy...
World War Three, suburbanshee,
Just slip her these pills and I'll be free.
No more Judy,
Judy no more.
Goodbye Judy!
Here's the link to a video of the song on Top of The Tops dating back to the good old 80's, complete with very big, bushy hair!
http://www.youtube.com/watch?v=5W9nXlbc9ag&feature=related
Even if the domestic ivory tower/ house of cards and books may very well come tumbling down through marriage meltdown and the legal battles of divorce we can still learn lessons, learn to re-assess what really counts in life and pass on by the things that blur our vision and bear down on us with unnecessary weight. We can truly understand that the life generated by our own blood lines, our children, the pulse of life around us and the beauty and vitality to be found therein are the most important things. Losing sight of this through ill-adjusted expectations and priorities, then the subsequent blurring of tears and self-absorption may lead to impaired vision but finally gives rise to greater clarity. Maybe I would have liked to have kept hold of my greedy magpie hoard of hardbacks etc but as I make my selection it's been a great pleasure to find and focus on the real treasures.  I am no longer buffered up by a misplaced feeling of well-being from being surrounded and buried alive by reproachful unread paperbooks and neglected heavy-weight tomes...
On that note, before I go off to do some reading, here is another song by Marillion, Lavender, based on a favourite nursery rhyme of my children. It has a slightly wistful tone that I used to love, however no cryptic messages are intended in this choice; some doors slam shut much to our dismay, but are meant to remain shut so that you may open new doors to new houses.
http://www.youtube.com/watch?v=Q7sIzWKHGwQ&feature=related
Posted by Beach-Combing Magpie at Saturday, March 19, 2011